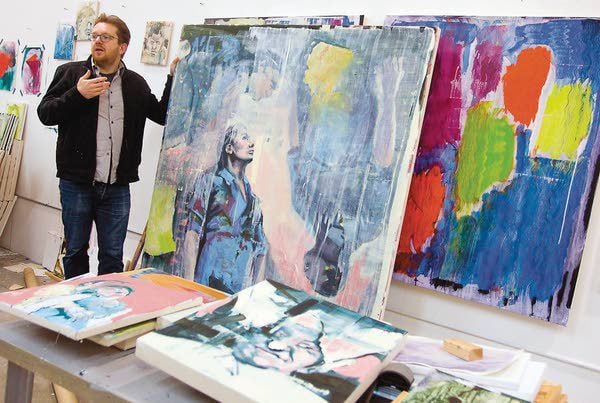 Bartosz Beda talks about his oil paintings Friday at his studio in Moscow. 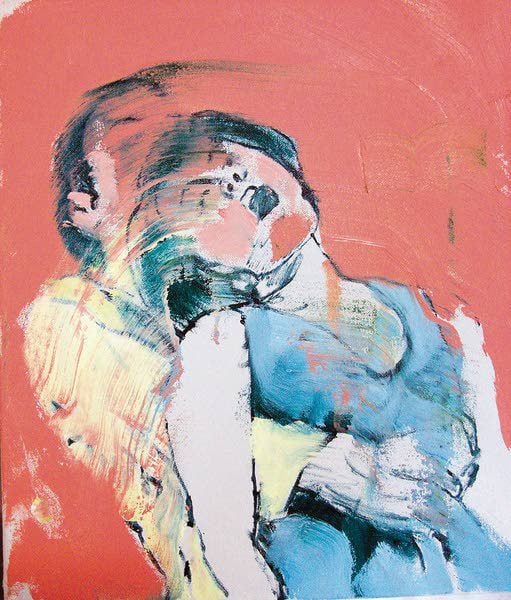 This oil painting is part of a series called “Heimlich Maneuver” by Moscow artist Bartosz Beda. 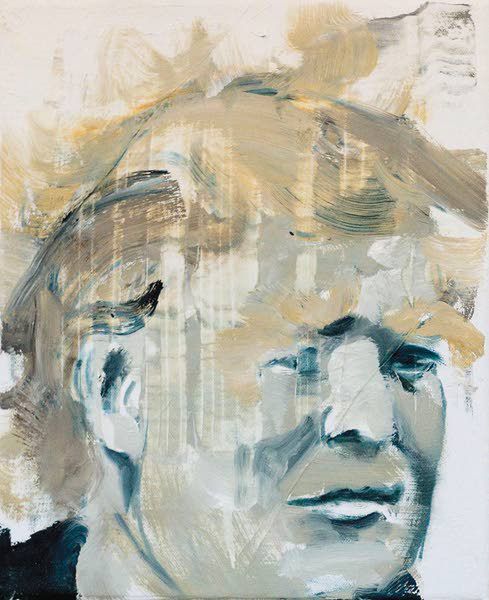 This painting of Pres. Donald Trump is by of a series titled "Bad Boys Have a Nice Haircut" by Moscow artist Bartosz Beda.

Bartosz Beda talks about his oil paintings Friday at his studio in Moscow.

This oil painting is part of a series called “Heimlich Maneuver” by Moscow artist Bartosz Beda.

This painting of Pres. Donald Trump is by of a series titled "Bad Boys Have a Nice Haircut" by Moscow artist Bartosz Beda.

Likened to a young Picasso, Warhol or Dali by The Spokesman-Review, Bartosz Beda could be considered Moscow's best kept secret in the art world.

None of the Polish painter's work is shown in the area, as he ships most of it to be sold or exhibited internationally, and his humble studio is hidden on the outskirts of town, shared with a local sculptor.

"Not many people know that I'm here working as an artist," Beda said.

Beda's rise to fame began when he was selected as an emerging artist for the 2012 Catlin Art Guide, a publication that focuses on art students in the United Kingdom, after he relocated to Manchester, U.K., in 2008 to pursue graduate school.

Beda then received a six-month scholarship to the Dresden Academy of Fine Arts in Germany. The exposure he gained at the academy helped Beda secure solo exhibitions in London, Madrid and Colombia, eventually drawing him to the U.S.

"It gave me a chance to sell my work, show my work," Beda said.

In 2013, Beda moved to Moscow after his wife got a job as a professor at the University of Idaho. At first, he said, he wasn't planning on staying.

"(Moscow is) small for me, for what I do," Beda said. "But if I could find a studio here then I would make it work here, and in a couple of weeks, I did."

Since arriving in Moscow, Beda was awarded a grant by the Idaho Commission on the Arts. While working on another project for a fellowship in Italy, Beda came up with the idea to tackle immigration issues using the grant he received in Idaho.

One painting in the series was meant to imitate squeegee marks on the canvas, as a way of reflecting a typical low-wage jobs for immigrants in years past - window washing.

"They don't know the language, the culture. They have to assimilate," Beda said. "They cleaned windows in big cities, for tips. It was something low-pay to do, and popular in the '70s."

Beda said the pace of life in Moscow helps him better execute his projects.

"I like the dynamics of big cities," Beda said. "But a big city would make me so busy. Here, I can spend more time developing concepts."

"The magazine is for artists, offering them the space to express themselves," Beda said. "The goal is to bring the names we can recognize, and names you've never heard about."

Beda said he hopes to expand the magazine from traditional visual artists - like painters and sculptors - into film, photography, theater and even fashion.

"(The hardest part) is building trust between artists and the public that isn't temporary, that will last longer," Beda said. "I'm hoping the magazine itself will turn into my legacy."

During his interview with the Daily News, Beda thumbed through "Vitamin P: New Perspectives of Painting," a kind of encyclopedia for contemporary painters.

The key to that, Beda said, is standing out from the crowd.

"After you graduate (from art school), your work develops into something different. At some point, you create your own style, almost like a signature," Beda said. "I'm not sure if that comes over the years or because there's literally something unique in it."

In the meantime, Beda has been experimenting with something he calls Sequential Installments - a series where he sends a buyer a new painting once a month for six months. Since the buyer can't see the art before he or she subscribes, the person will have to trust Beda's work, he said.

"All the magic comes from opening that envelope and feeling shock or relief," Beda said.

"I want to make it something good. I want to make something that's available for everyone," Beda said. "It's not a project I will make money on - it's more about the idea."

To learn more about Beda or purchase his work, visit bartoszbeda.com.