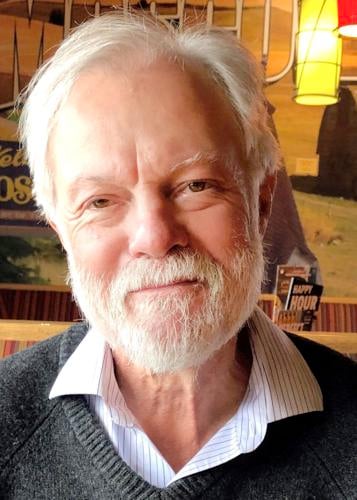 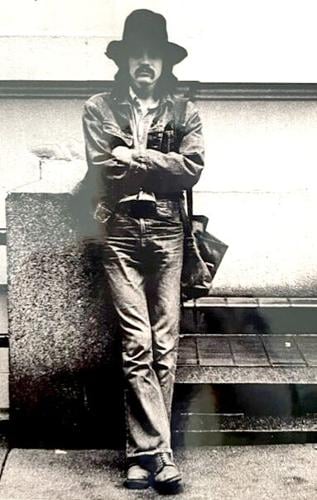 Born Nov. 28, 1947, in Boise, Dale was a fourth-generation Idahoan in a state that had barely seen 50 years in the union. Deeply proud of his family’s pioneering roots, he was equally critical of the way settlement had ravaged the West and dedicated his professional life to remedying its overreach.

As a member of the first graduating class of Capital High School in Boise, he ran varsity track and cross-country, helping to bring home a state cross-country championship. A Boys State Delegate, a National Merit Finalist, a member of the National Honor Society, and the Capital debate team, Dale attracted the attention of Gideon Oppenheimer, an Idaho statesman and an alumnus of Columbia College in NY. Gideon recruited many Idaho scholars/athletes to attend Columbia, and recruited Dale to attend the Ivy League school in 1966, where Dale quickly made a tight set of lifelong friends. New York was a different universe for the young Idahoan. In addition to earning his degree in philosophy, Dale fully participated in the psychedelic turmoils of the New York sixties as a Vietnam War protester, even joining SDS for a short while. After he graduated in the early 1970s, he moved to Eugene, intent on becoming an art teacher. But when the economics of art did not pencil out, he took a job with the Oregon welfare department and learned he was good at making rules work for people. To that end, he entered the University of Oregon law school in 1975, where he attained a JD in law. The year after he graduated, he and a colleague set up one of the first legal writing programs in the U.S. at the U of Oregon.

His career in law began a year later when he joined the honors program at the U.S. Department of the Interior under Cecil Andrus of the Carter Administration. He fought Peabody Coal and the Sagebrush Rebellion. When James Watt replaced Andrus as secretary of the interior, it became clear his new boss and Dale did not see eye to eye on the laws governing the conservation of species and public lands.

After accepting an appointment at the University of Idaho Law School, Dale shared the good news with the Interior department’s entire legal staff in a memo declaring he would “no longer be required to write legal sounding lies” for James Watt and his cronies. Dale’s departing memo caused enough of a stir that the powers that be attempted but failed to get Dale’s faculty appointment rescinded before he arrived, thus making the job all the more fulfilling.

Interior’s loss was the University of Idaho’s gain. For the next 36 years, Dale was generous with his time, teaching and mentoring students. He imparted to his students a reverence for the law. He taught 26 different classes, developed nine courses, one interdisciplinary program and received the alumni award for excellence in teaching four times. He was appointed a University Distinguished Professor and the Margaret Wilson Schimke Distinguished Professor of Law. He served as an adjunct in the environmental science, bioregional planning, philosophy and water resources faculties. Externally, he was also a Member Scholar at the Center for Progressive Reform. He even taught in Ukraine, China and Brazil.

As a torts professor, Dale had a quest to insert as many cases as possible with potatoes into the torts curriculum. His students aptly renamed the class “Tater Torts.” From 1982 to 2017, he taught Tater Torts to more than 1,500 students and was truly instrumental in shaping torts law in Idaho.

Dale was a scholar of the highest caliber, with a prolific CV that stretched to 20 pages. He believed deeply in the need to protect the planet from humanity’s overreach, and was ferocious in the defense of its natural resources. Before interdisciplinary work was trendy, Dale worked closely with scientists to advocate for effective, scientifically backed approaches to protecting wildlife and the nation’s natural resources. This work, combined with his efforts to bring together fractured state and federal laws into a discipline capable of defining and defending biodiversity, conservation and responsible management earned him the nickname the “Father of Wildlife Law” from his colleagues. Despite serving on numerous national committees and boards, he was most proud of his work as a Member Scholar of the Center for Progressive Reform whose mission is to harness the power of the law and public policy to create a responsive government, a healthy environment, and a just society.

Known for a biting sense of humor, a dislike of authority, and a love of good scotch, Dale is survived by his wife, Susan Kilgore; his brothers, Ron Goble, of Troy, and George Goble, of Missoula; his children, Camas Goble, Luke Kilgore-Brown and Matt Kilgore-Brown; and grandchildren Lilliene and Logan. He was preceded in death by his parents, Karl Kolander Goble, Eileen Selma Russell Goble, his uncle George Gordon Goble and aunt Christine Jane Goble, and his sister-in-law Linda Kittell.

A celebration of life will be held in Moscow in June, where participants will be encouraged to pick a favorite tie from Dale’s Tie Friday collection.