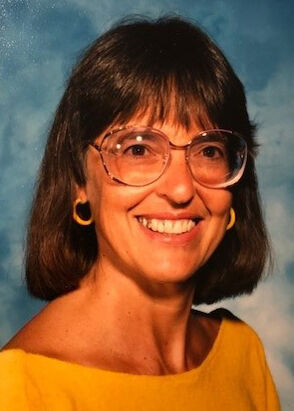 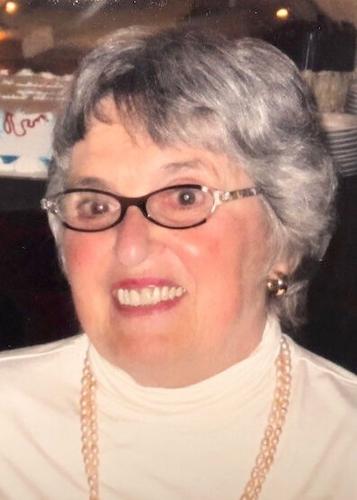 Janily Nessen Patrick was born Dec. 1, 1937, in Portland, Ore., to Howard and Margaret Nessen. The family moved to Cincinnati and then Washington, D.C., before returning to the Northwest, where Jan graduated from Ephrata High School in 1954. She enrolled at Washington State College (later Washington State University) that fall, and it was there that she met the love of her life, Robert Patrick. Bob and Jan would date all through college and then marry in 1957. They remained married the rest of their lives, until Bob’s recent passing on April 16 of this year. The love they shared was extraordinary, and it is no coincidence that Jan passed shortly after Bob’s memorial service.

Jan pledged Kappa Kappa Gamma at WSU, beginning a decades-long devotion to the KKG house. She served more than 40 years in various roles in house leadership and as a chapter alumni advisory board member. Jan graduated from the school of education in 1958 and began her 50-plus year career in elementary education. She started teaching in Seattle while Bob finished University of Washington law school, then moved to Virginia and New York to accompany Bob through the Jag Corps. It was in New York that Jan gave birth to their daughter, Penny, and oldest son, Todd. The young family then moved to Walla Walla, where they gave birth to their second son, Mark. Jan loved Walla Walla, and made lifetime friends there, but she and Bob moved back to Pullman where they raised their family and served the city for more than 45 years.

Jan was born to teach and dedicated her life to education. She began her career with Pullman School District in 1969. She would teach kindergarten through third grade in Pullman for the next 40-plus years. Jan was an enthusiastic educator — passionate, caring and tireless in her advocacy for her students. She consistently took on extracurricular projects, including leading Odyssey of the Mind and starting her own jazz singing group at Jefferson Elementary School. Her Jaguar Jazz kids competed in the Lionel Hampton Jazz Festival at University of Idaho for more than a decade. They won the elementary division five times and were named the top overall festival winner one time. They are still the only elementary group to have won that honor.

Her Jaguar Jazz group grew from her love of music. She played the violin and piano and sang in the Washington-Idaho Symphony Chorale for many years. She was also a diehard Coug fan, and especially loved baseball, a sport she learned from attending Washington Senator games with her father. Bob and Jan shared many afternoons in their box seats watching the Cougs.

Jan was incredibly active in her community. She served the Kappas, was a member of Philanthropic Educational Organization for more than 40 years, was the past president of Pullman’s Junior Miss program, a board member of the Washington State Junior Miss, a Bluebirds (Girl Scouts) leader and active member of both the Pullman Presbyterian and Congregational churches (and their choirs) for many years.

Among many of her awards, Jan was named WSU Mom of the year in 1986.

Jan was preceded in death by her parents; sister Marcia Hoffman; daughter Penny; and beloved husband, Bob. She is survived by her brother, Rich “Bobby” Nessen; the families of her two sons, Todd (Julie), and Mark (Tara); nine grandchildren and 11 great-grand-children (another is due later this month).

Jan suffered from dementia for the past 12 years, moving to Spokane’s Touchmark in 2013. The family thanks the wonderful caregivers and staff at Touchmark for the care of both Bob and Jan.

Jan was an incredible daughter, sister, wife, mother, grandmother, great-grandmother and teacher. Whatever she did, she did it with passion and grit. She did not care what path her children chose, as long as they committed to trying as hard as they could to excel. She was loving and tough. Jan’s health deteriorated beginning April 16, when her beloved husband passed away. The bonds of love are life-giving, and through the ravaging pain of dementia, Mom stayed happy because of the light of love shared with Bob. When he left her side, her light dimmed too low. Together again, they shine brightly — this time, forever.