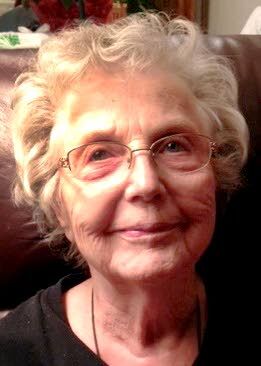 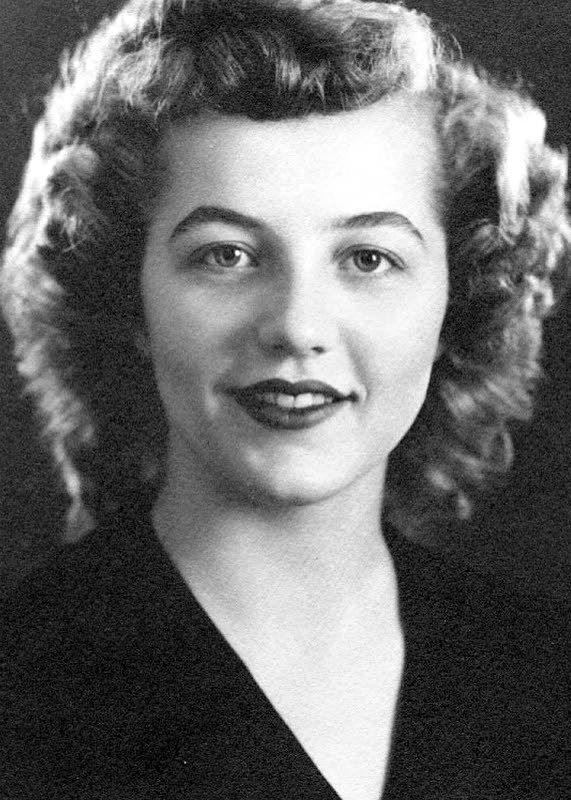 She was born Oct. 18, 1927, in Lewiston to Charles Kerby and Pearl Nolan Kerby. Both the Kerbys and Nolans traveled the Oregon Trail to the Northwest in the 1860s.

Maureen, the seventh of Charlie and Pearl’s eight children, was the first to be born in a hospital. Reportedly her dad, Charlie, once said he wanted all of his girls to know how to “saddle their own horse” which he meant both literally and figuratively. As a result, Maureen has been described as determined, independent, capable and resourceful.

She grew up in rural Nez Perce and Latah counties as her dad was improving and trading-up various ranches. In the early years, the family often lived without indoor plumbing or electricity.

There was no high school in the area where they lived, so when she turned high school age, Maureen moved to Moscow on her own. She lived part of the time with relatives and she later worked as a domestic while boarding with a family. Next she was on her own at Adams boarding house.

One sunny fall Friday in 1942, Maureen and three friends skipped school in Moscow to attend a high school football game in Albion. They’d heard there were two sets of good-looking twins on the team. One was Kelvin Christopher. They struck up a friendship.

During WWII, Maureen enrolled at the University of Idaho. Kelvin enlisted in the U.S. Navy and shipped out to the South Pacific. They corresponded during that time. The friendship evolved to a courtship along the way. After the war, Maureen and Kelvin married and moved to a small farm outside Albion.

Connie, Tom and Kim were born while they lived on the farm. Maureen pitched in as needed — milking cows, tending farm animals, helping out during harvest, gardening and canning. She was a Cub Scout den mother and also a room mother.

In 1952, the boards of the Christian and Methodist churches in Albion discussed forming a new church. As a Methodist board member, Maureen was part of the activity. She traveled to a regional Methodist conference in Walla Walla on her own to present the topic for a vote. The merger was approved — creating Albion United Protestant Church — and Maureen later served as Sunday School superintendent and taught Sunday School and Bible School.

Chuck and Carey were born in Palouse where the family moved in 1960 for Kelvin’s business. Maureen served as a bookkeeper. Thursday nights, the dining table was covered with ledgers and a manual adding machine.

She and Kelvin faithfully followed their now five kids’ sports and other activities. In addition to motherhood, Maureen was a rural mail carrier. At her encouraging, the family began taking vacations to the western states, Canada and Mexico. Maureen also traveled to Madrid, Spain, to visit her sister, Dorothy.

The family moved to Moscow in 1981. In addition to being a devoted mother, Maureen owned and operated two Diet Center franchises and ultimately opened the Ivy Bed and Breakfast in their home at 902 East B. St. Many guests became friends. She and Kelvin once received “Moscow’s Green Thumb Award” for their flower gardens. Maureen’s mother, as well as Kelvin’s mother and father, each lived with Maureen and Kelvin in their later years. She was a committed caregiver.

At age 65, following a trip to San Miguel de Allende, Mexico, to visit her sister, Dorothy, Maureen described being frustrated that she was not able to remember much of her high school Spanish. As a result, she enrolled in several Spanish classes at the U of I, where she earned mostly A’s. Maureen was later asked to fill in as a Spanish teacher at Logos High for several months. She also drove a school bus part time.

After his retirement, she and Kelvin moved to a duplex at Good Samaritan Village where they entertained children, grandchildren relatives and friends. Maureen continued to pursue her interests, including cooking, baking, sewing, jewelry making, home decor and rehabbing thrift store clothing and furniture.

After Kelvin’s death, Maureen lived in an apartment at Good Samaritan Village and moved to Palouse Hills Assisted Living in late 2020.

A family service was held at Colfax Cemetery, presided over by Josh Settler of Moscow Bible Church.