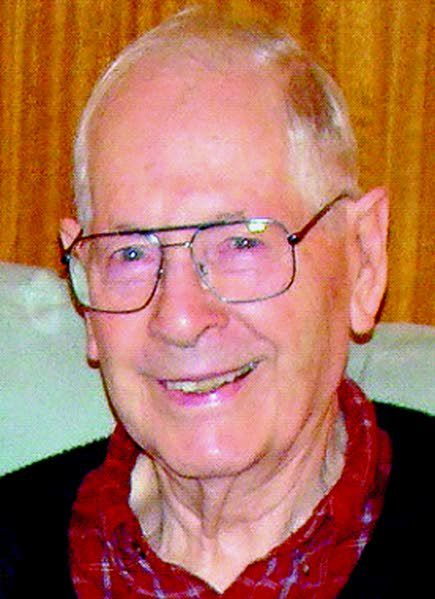 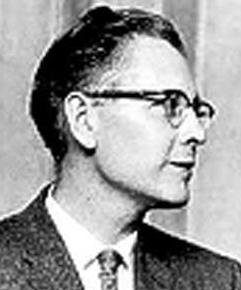 Harold W. Dodgen, of Pullman, passed away Nov. 26, 2017, at the age of 96. He was born in Blue Eye, Mo. in 1921 to Lora Estella Myer and James Monroe Dodgen. He spent most of his young life in Long Beach, Calif., but moved to Berkeley to attend the University of California, where he received a B.S. in chemistry and a Ph.D. in physical chemistry in 1946. During World War II while in Berkeley, he worked on the Manhattan Project, which developed the first atomic bomb. He was the first person to determine the spectrum of plutonium, which was a necessity to the success of the project. From 1946 to 1948 he did post-doctoral work at the Institute for Nuclear Studies in Chicago, Ill., and then moved to Pullman to join the faculty of the chemistry department at Washington State University (then WSC). In 1954 he became head of the Reactor Project, which lead to the building of the Nuclear Science Center that now bears his name. In 1968 he joined with Dr. William Band to create the Chemical Physics Program at WSU. Harold retired from WSU in 1986.

In early 1945 Harold married Harriet Ralston in San Francisco, Calif. Together, they lived through an amazing period of history. When they married, he could not tell her what the nature of his work was because the Manhattan Project was classified. She relayed to family that at a time when he seemed troubled, she had asked him to please tell her what he was working on.

She said that his reply was, "No, I can't tell you. But if we are successful, the nature of civilization will have to change."

Both Harriet and Harold were staunch supporters of peace efforts in the international community. In his later years, when asked how he viewed his involvement in The Project, he said that he viewed it as a race. Hitler was working on the same project and whoever lost the race would have the bomb dropped on them. It was imperative that the U.S. succeed.

Harold was a calm, nurturing and compassionate human being. We, his children, have fond memories of him, sitting in his chair in the living room doing calculations on his slide rule. No amount of distracting activity or noise interrupted his thoughts. However, when we asked him for help with math or science, he was always ready to methodically work through problems with us. He would say, "Bring me a clean sheet of paper and a sharp pencil, and then I'll help you." During the building of the reactor at WSU, we often visited the facility and observed the methods by which radiation shielding, control of the nuclear reaction and use of the reactor in research would take place. He loved travel and was always ready to come to visit family in Alaska and California. He enjoyed car trips around the Palouse country, always noticing myriads of details in the natural world. He thoroughly embraced computer technology, and in his 90s, his apartment at Bishop Place was a maze of cables and electronic devices.

He and Harriet were long-term members of the Unitarian Universalist Church.

Harold is survived by his wife of 72 years, Harriet Dodgen; sister, Rosalind Maranda of California; daughter, Cynthia Dodgen (David) Schraer of Alaska; daughter-in-law, Jane Dodgen of California; son, Stephen (Ana) Dodgen of Pullman; and grandchildren, Raena (Andy), Joshua, Tracy, Tanya, Shelley and Adam. He was preceded in death by his son, Gilbert Dodgen. No service is planned at this time, but in the spring of 2018 the family will host a gathering to share stories and memories. All will be welcome. The family thanks the caregivers at Bishop Place who helped him through the last years of his life.