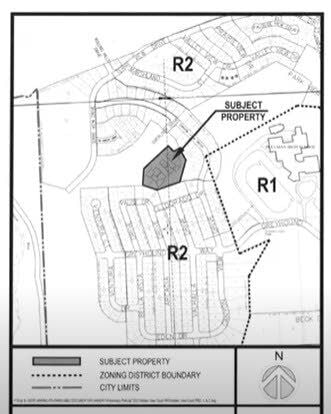 You may remember my last column. It was on the design review process, or lack thereof, associated with evaluating and approving developments in Pullman. There, I lamented the limited opportunity to come together as a community and converse about matters that are critical to the cultural and environmental wellbeing of our future.

One reader responded, asking if I could go over an ideal review process. If the one we have is broken; what might a different approach look like. In his words: “For what it’s worth, I hope you might follow up with a couple of essays on what you think might be done to create a better planning process?”

In response, let me begin by saying that our current design review requirements remain struck in a colonial past, harking back to a time when European powers divvied up the world to serve their needs for global domination. In the Middle East, they took a Sharpie to a map and cut up a region that had for millennia been open and border free. The British cordoned off modern day Iraq and Jordan, the French Syria and Lebanon. As one author put it, “Ibn Saud” the future leader of Saudi Arabia, “regarded the border demarcation as ludicrous in an area where the nomad inhabitants lacked any sense of nationality.”

Colonial history is long but the point of it for us is this; namely that we too in Pullman treat developments in the same way that the colonialists zoned off distant lands. Look at any of the site plans developers submit for review and what you’ll see is the equivalent of the same black pen the colonialist used to define sovereign states. (See image at left) Left out are considerations for the reality on the ground, in the case of Pullman as related to neighborhood development, wildlife, mobility, native plants, culture and more.

That can’t be good. A better method would be to create a review process premised on conversation, perhaps a three-step exchange between developers and experts in the fields of planning, architecture, engineering and general cultural criticism. Each step would build on the one before, starting with a conversation about intentions, ideas and indeed the scope of impact of artificial borders, followed by a comprehensive visual proposal articulating a vision for an attractive and just built environment. The third and final step would be merely a revised version of the proposal presented before, a woven product expressing the collective voice of all those involved.

Should a three-step process prove too cumbersome, a single one could suffice, a one-time comprehensive presentation combining analysis, vision and design. It would start with a clear examination of the issues outlined above, followed by a step-by-step process turning research into visual ideas and schematic design. It would not be limited to a site plan but include other plans, sections and elevations. But potentially also graphs, 3D renderings and videos — all conspiring to tell a compelling story about our collective commitment to a culture underway and a future riddled with social and environmental uncertainty.

On the review board would be a blend of experts and nonexperts in the field of design and planning as mentioned — architects, landscape architects, planners, developers and for my taste, anthropologists and biologists. On the Ann Arbor, Mich., review board sits two architects, two landscape architects, one developer, one contractor, one planner and one member of the public art commission — all volunteers. The city of Bellingham, Wash., follows a similar composition of professionals, whose charge “is to encourage quality building design and site planning that enhances the character of the city.”

None of these boards has the power to stop a project, or in any way derail it, only offer suggestions and the ability to point out better practices. Ours in Pullman would follow suit, conducted in the best spirit of conversational feedback, supportive and nonadversarial.

Comments would range from those that focus on composition, quality of experience, and spatial integrity to those that highlight the role of landscapes, social factors, renewable energy-all largely but not completely calibrated next to established bylaws and design guidelines.

The first time a developer comes through the door for a review, the results may not look like much, but by the 10th, a culture will have matured around the importance and indeed ethic of good and thoughtful design. We need that desperately.

Rahmani has been with Washington State University since 1997and is an associate professor in the School of Design and Construction.