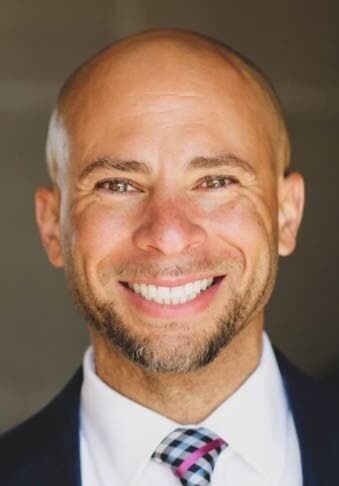 We serve on the Idaho Legislature’s interim federalism committee, which evaluates and monitors federal law and its impact on our state. In this context, there are many important issues we could work on: improving access to public lands, building better relationships with our federal partners, or ensuring Idahoans’ full value for their federal tax payments. That isn’t happening.

Instead, we met several times in recent weeks to determine how to circumvent the federal government and its proposed vaccine requirements.

Remember: U.S. taxpayers are spending about $3.7B monthly to treat unvaccinated Americans, a number of which are the cause of Idaho’s current health care crisis.

The committee ultimately decided to recommend a bill forbidding state and local governments from enforcing a federal requirement, penalizing those who do with a personal fine of up to $5,000, six months maximum in jail, or both. We were the only two who opposed it.

The bill might be altered slightly, but it now goes to the full legislature, potentially causing us to reconvene for a special session in the next two weeks for a vote. This only opens the door for even stricter legislation and the continued spread of misinformation, doing nothing to stop Idahoans’ from needlessly dying each day.

At multiple points in this process, we had to correct false information to ensure the legislative record was accurate. Here’s a sampling of the public testimony we heard:

“Reported COVID deaths in the United States because of taking the vaccine is 13,751, and this was reported as an underestimate.” A careful review of health and autopsy records makes clear no deaths have been linked to any of the vaccines, of which more than 390 million doses have been administered. They are incredibly safe and effective in keeping you out of the hospital.

“Don’t get the unproven vaccine, you can treat COVID with ivermectin, hydroxychloroquine, and monoclonal antibodies. This stuff works.” A sitting legislator said this. Ivermectin is an antiparasitic. A dewormer! It has dangerous side effects, with no proven effectiveness against COVID-19 — as does hydroxychloroquine. Monoclonal antibodies provide some help in keeping you from being hospitalized, but are more experimental and not FDA approved, like the fully approved Pfizer vaccine. The vaccines are also less expensive, costing about $20 versus several thousand for monoclonal antibodies. While the government covers most of that, we are worried about the residual cost for taxpayers.

In Idaho, almost every COVID-19 patient hospitalized right now is unvaccinated, and they are 11 times more likely to die from it. Bodily autonomy is a right we can assert, but that right comes with responsibilities.

Unless you have a legitimate medical reason, you should get vaccinated. The pandemic persists because many unvaccinated people are ignoring public health guidelines.

And misinformation is to blame for a lot of that — we saw that firsthand during committee meetings. People are dying and suffering because they trusted the word of a Facebook post, a chiropractor, or a far-right politician over an epidemiologist and ER doctor.

We recognize some people are strongly opposed to anything the federal government asks us to do, but continuing down this path isn’t how we end the pandemic. We have to make policy decisions based on fact, a careful review of current law, and in Idahoans’ best interests. What we shouldn’t do is give into the fearmongers, who demonize the vaccine and our health care providers, often resorting to threats of violence against those with whom they disagree.