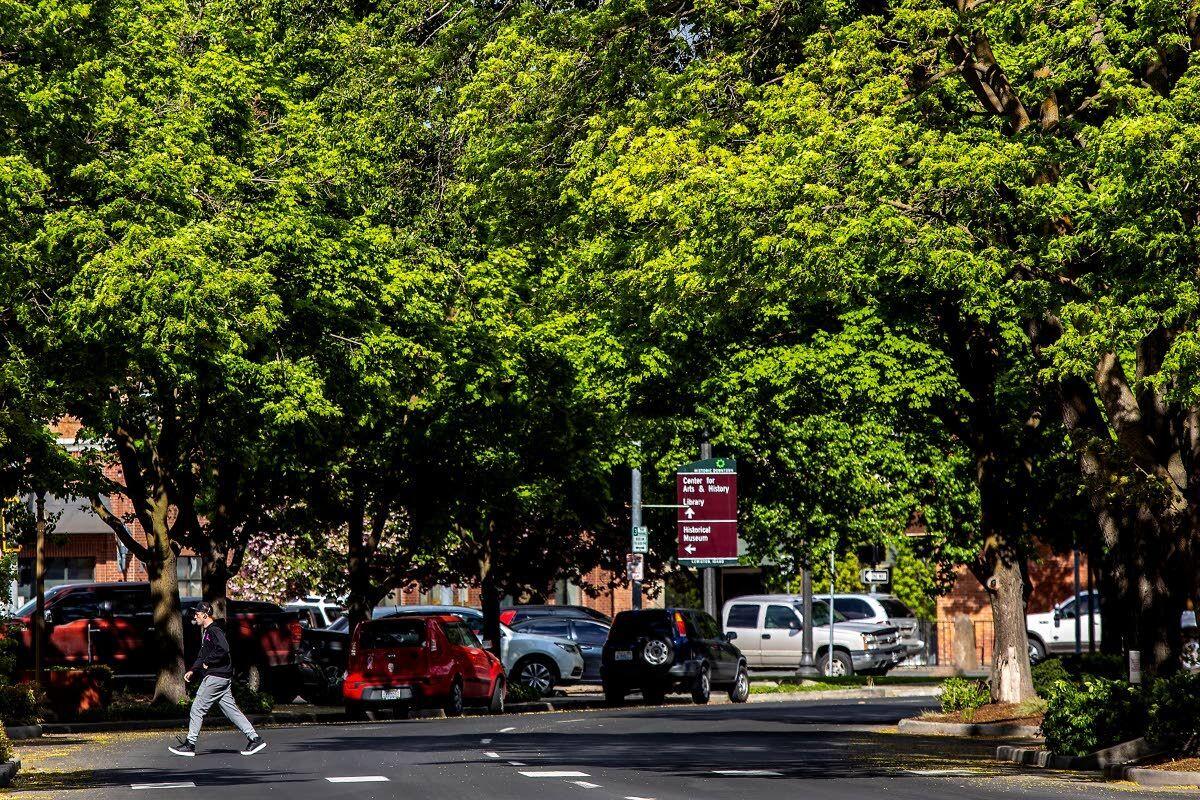 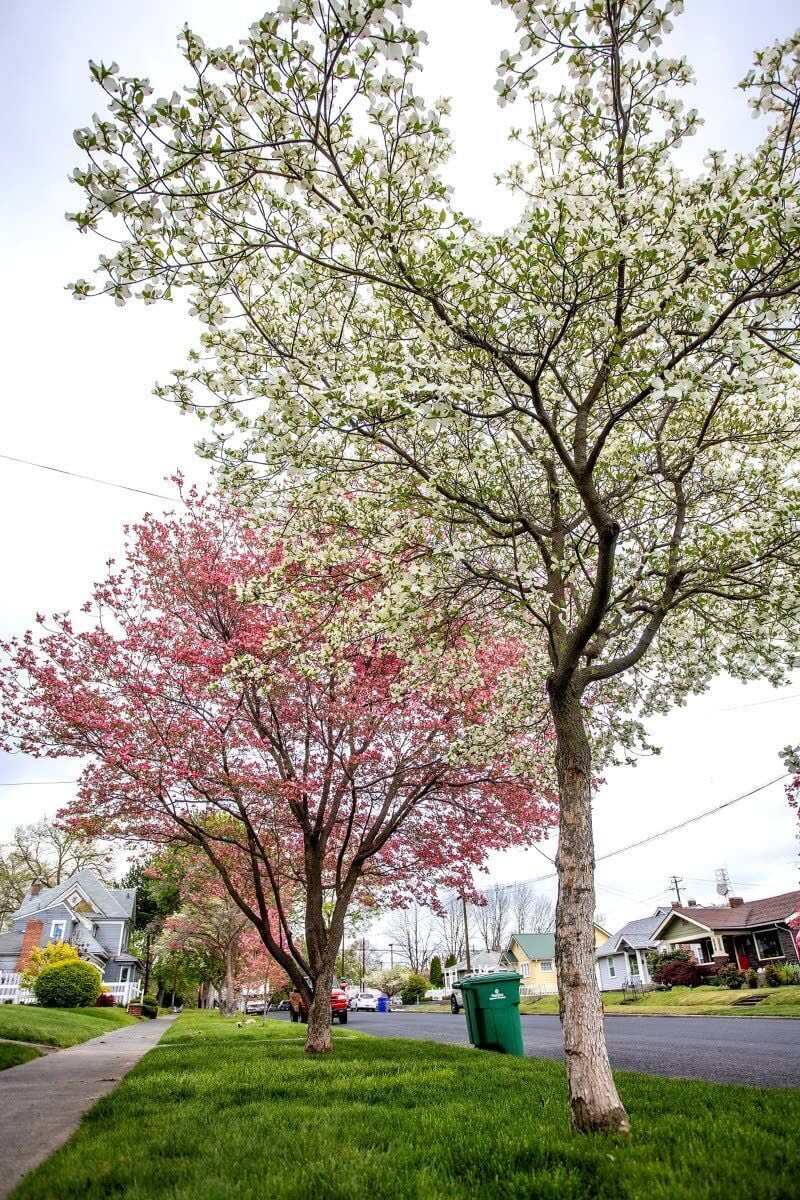 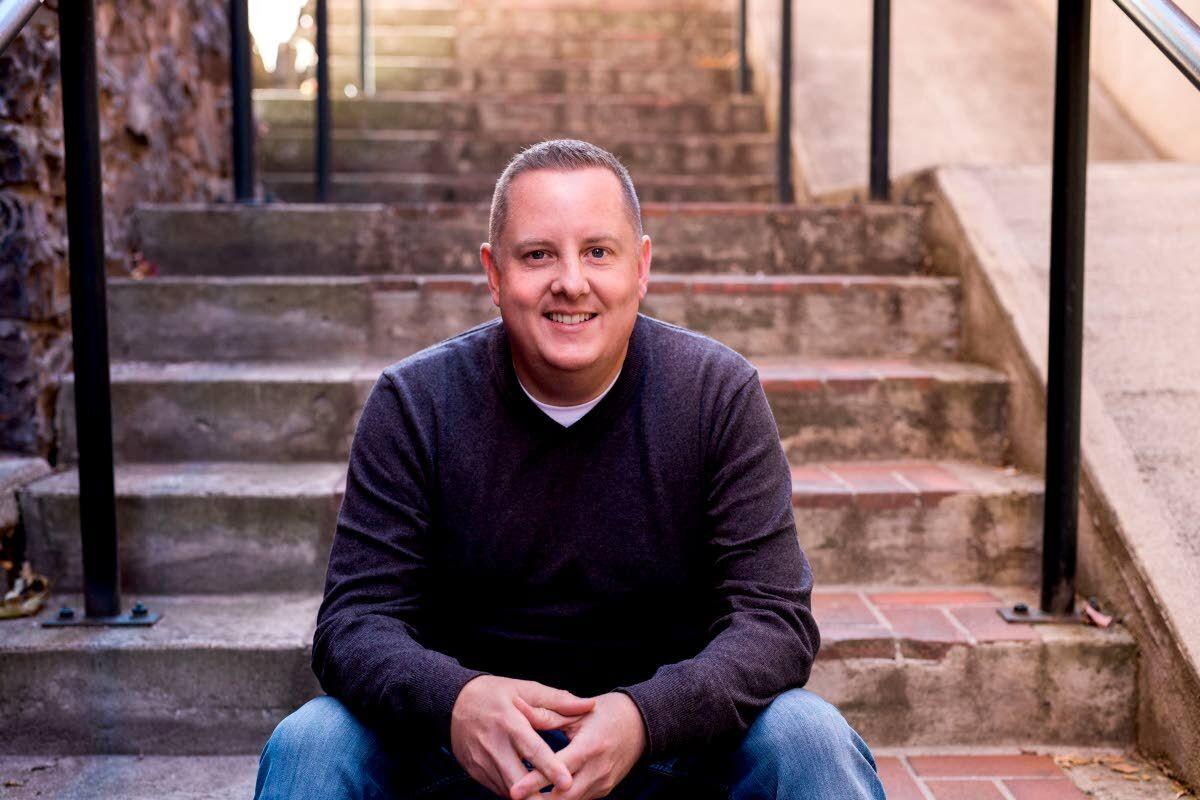 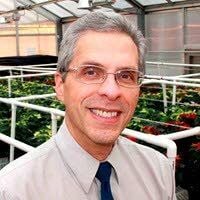 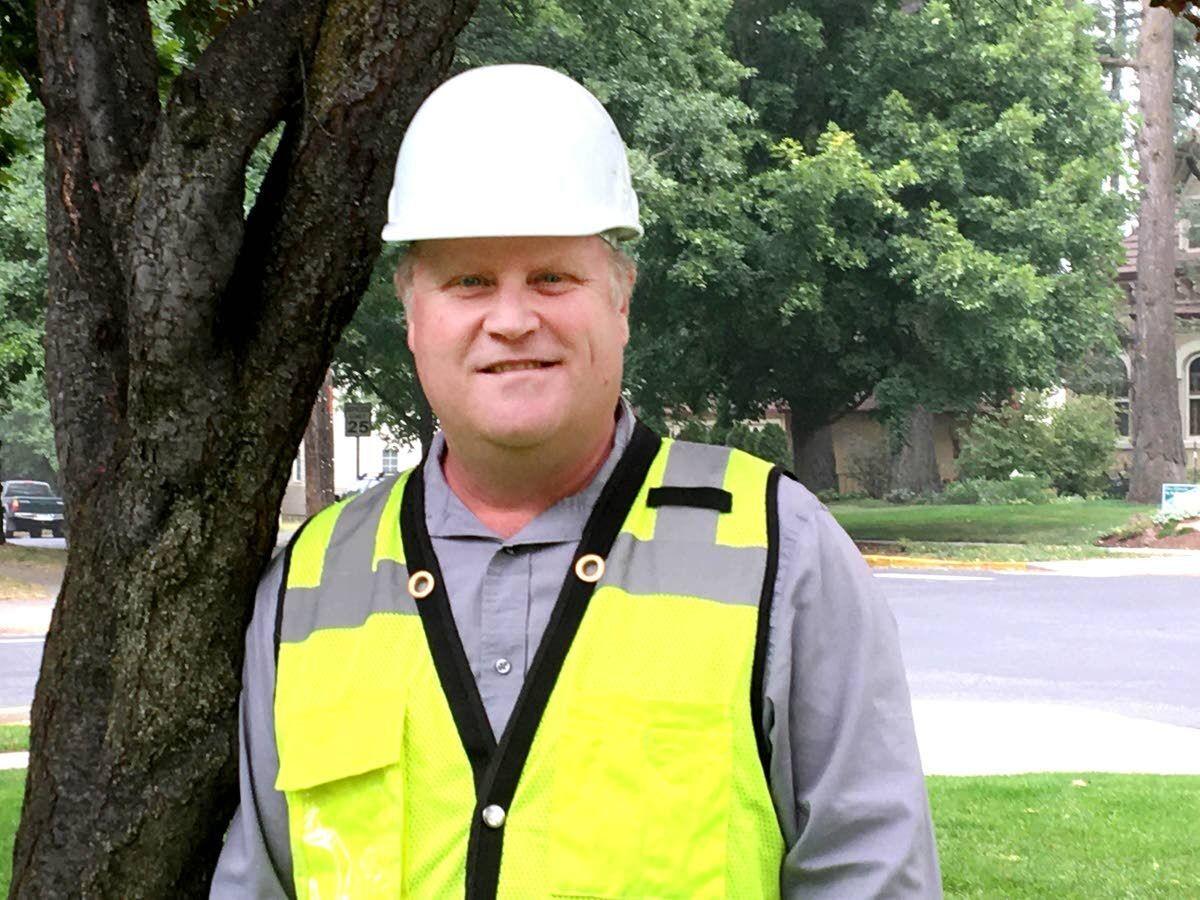 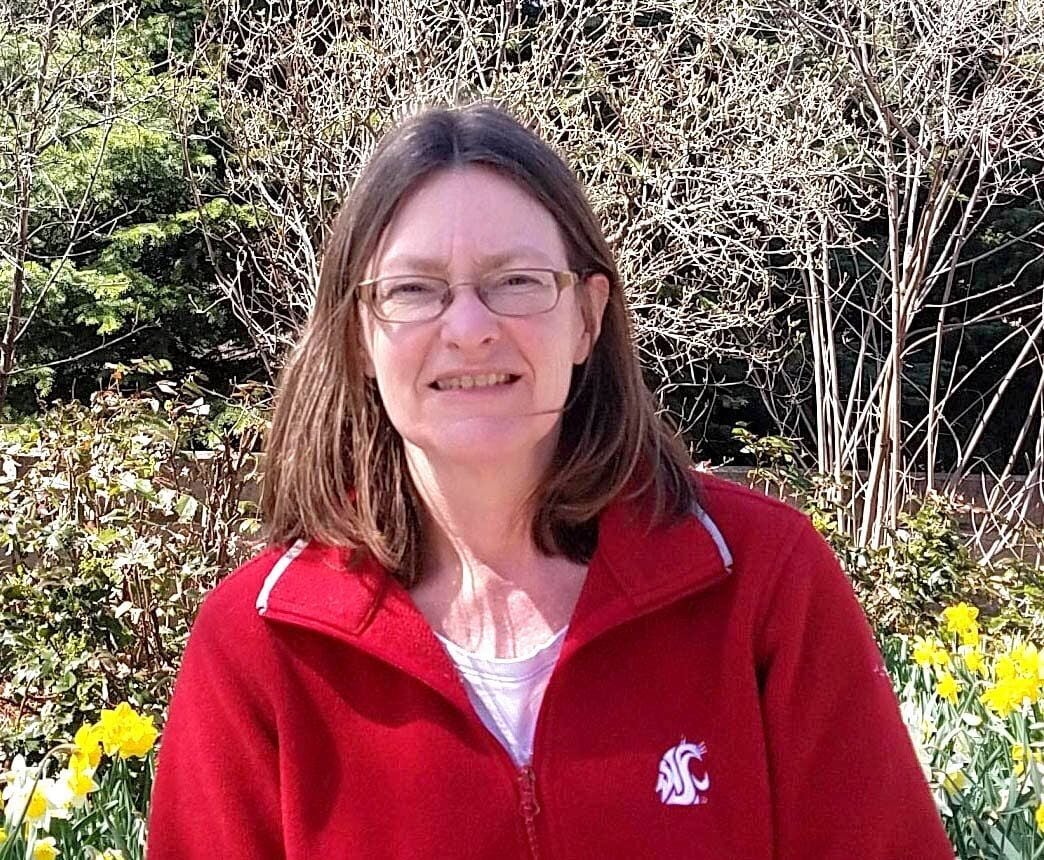 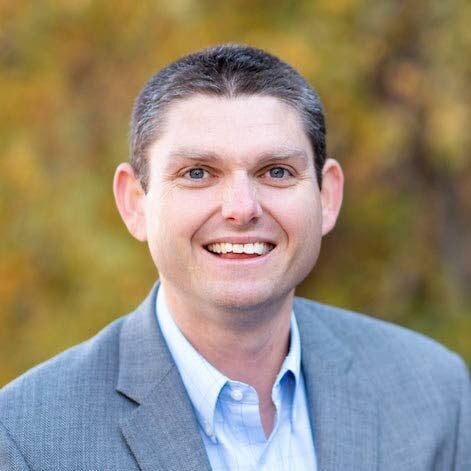 We see them in parks, forests, mountaintops and even our front yards. They’re common, predictable and we trust them to be there. We often forget they’re serving a purpose and living their own lives. With Earth Day and Arbor Day this month, let’s shed some light on the trees around us.

Arbor Day typically falls on the last Friday in April. It was started in 1872 in Nebraska by J. Sterling Morton. Morton missed the forested landscape of Michigan, his home state, and created local political initiatives toward the advancement of trees and tree planting, said Andrew Nelson, a professor at the University of Idaho in the Department of Forest Rangeland and Fire Sciences.

“My understanding of it is that, one of the reasons he founded it was he wanted to have a holiday to look towards the future instead of always looking in the past, and having a holiday that set the stage for future generations,” Nelson said.

Arbor Day, taking place Friday, is meant as a day of appreciating trees, how they impact us and how they are useful to people and the environment.

“In my opinion, if you want to be involved with nature and have appreciation for nature, I think it’s worth paying attention to Arbor Day and maybe planting a tree or two,” said Robert Tripepi, UI professor and head of the Department of Plant Sciences. “Trees are very unique organisms. I’m not a tree hugger, but they can do some very unique things.”

Trees have more of an impact than aesthetics and providing oxygen. They are beneficial to their surrounding environment, provide microclimates and can last for centuries, said Cyndi Arbour, the project manager at Washington State University Facilities Services. Arbour oversees the tree inventory on the WSU campus.

“Once you plant them, you have to think long term,” she said. “Trees can live hundreds of years, and you have to consider how big they will get and the impact that will have on the environment.”

Trees offer natural benefits, like providing habitats for wildlife, as well as more practical advantages. They provide shade, which reduces energy consumption in buildings. They help with carbon sequestration, the process of removing carbon dioxide from the atmosphere. They can break up the wind so buildings don’t use as much energy during cold weather, Tripepi said. Trees can even be used as an economic tool.

“There have been a lot of studies, in the downtown (Moscow) areas; having trees keeps shoppers there longer,” said David Schott, city of Moscow assistant parks and recreation director. “Looking downtown, you don’t always notice the trees, but if they weren’t there, you would certainly notice it.”

Around the Lewiston-Clarkston Valley and Palouse, there are a variety of native and nonnative planted trees. The Palouse is a grassland transitioning to a forest area, and a common native tree is the ponderosa pine, he said.

“It’s a species that occurs across the Western United States. It’s really well adapted to dry conditions and harsh soils with little moisture, so that’s why it does well on the Palouse.”

As you climb up into the mountainous areas, the change in elevation, moisture and temperature brings a more diverse range of trees. These include Douglas fir and Western larch, which are both common, especially in regard to reforestation, Nelson said. The Western white pine, Idaho’s state tree, also grows around the Palouse, but in wetter areas.

Trees people often plant around the Palouse include the Douglas fir, as well as conifers, Rocky Mountain maples and quaking aspen, which are all native to the area.

“The more popular trees are going to be maple species, such as red maples, which are actually eastern natives,” Tripepi said. “Actually, a lot of the trees you see around here aren’t native to the area.”

Maples are the most commonly planted trees in the urban areas of the Palouse because of their hardiness and beauty.

“In my opinion, they’re probably the most heavily planted tree in Moscow,” Schott said. “They have so many different cultivars, and they do well in this region.”

In Pullman, especially around the WSU campus, silver maple is a common tree, according to Fern McLeod, a parks worker at Pullman Parks, Facilities & Recreation and a certified arborist for more than 17 years.

“They’re practical because they are fast-growing, and the large, mature trees offer shade,” she said. “Having these trees helps to make outdoor living spaces more welcoming and comfortable.”

The lower elevation Lewiston-Clarkston Valley has different moisture and temperature rates than the Palouse. The more extreme, hotter climate limits what can grow. There are many of the same trees as on the Palouse, but because of the river in Lewiston, there are more cottonwoods and poplars, Tripepi said.

“It is warmer there, and one tree (that) apparently forgot to read the textbooks because it does well (in Lewiston) is the common flowering dogwood,” he said.

Dogwood is so prevalent that Lewiston has an annual Dogwood Festival in April. Ponderosa pine also does well, and if you water them well, silver maple and aspens will grow, Nelson said.

Other frequently planted trees around the urban Lewiston area are varieties of maples, ginkgoes and zelkovas.

“We look for trees that are good for stormwater management and anything that is good for a dry climate,” said Tim Barker, Lewiston Parks and Recreation director.

With all of this in mind, perhaps consider planting a tree or two on Arbor Day, learn about that pine tree standing tall in your backyard, or finally get around to trimming your maple. !

If you have a question about a tree in your area, you can contact your local county extension office.