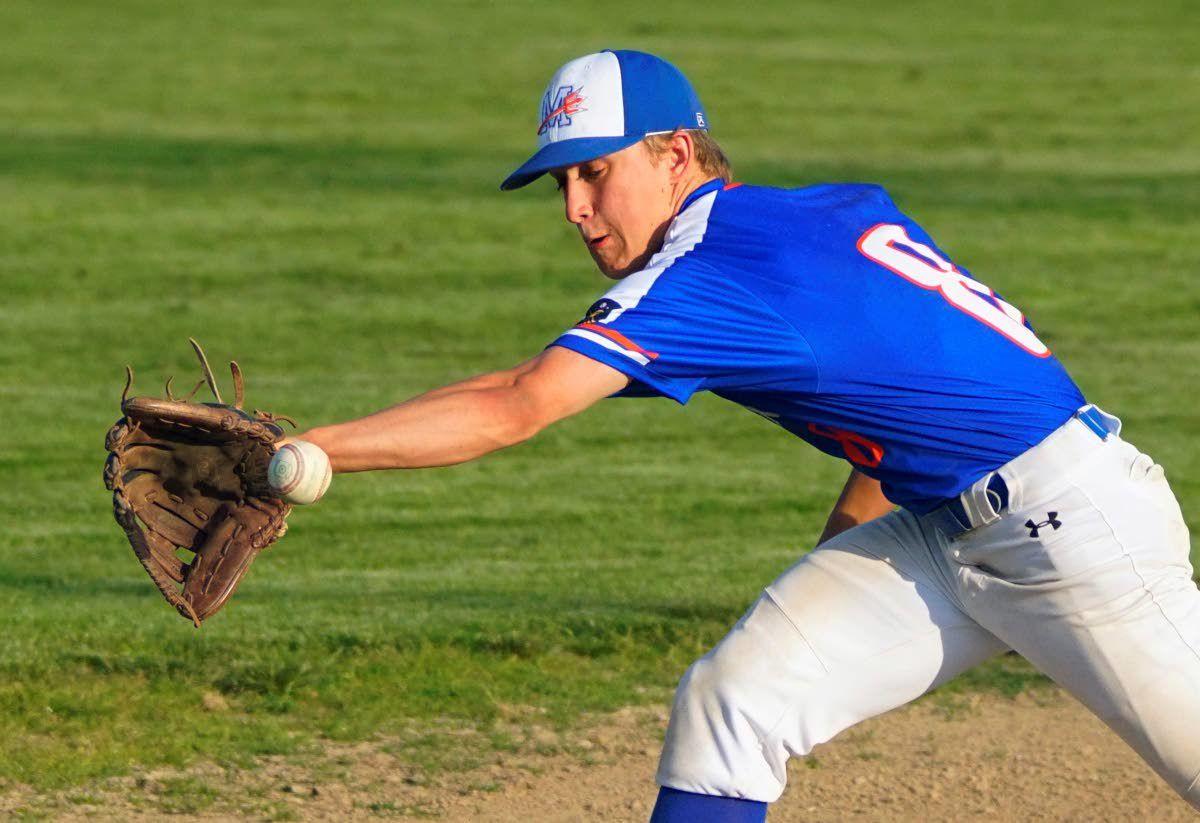 Moscow Blue Devils third baseman Chad Redinger tries to stop a rocketing line drive, which was ruled foul, during the first game of an American Legion doubleheader against the Pullman Posse Wednesday eveing in Moscow. 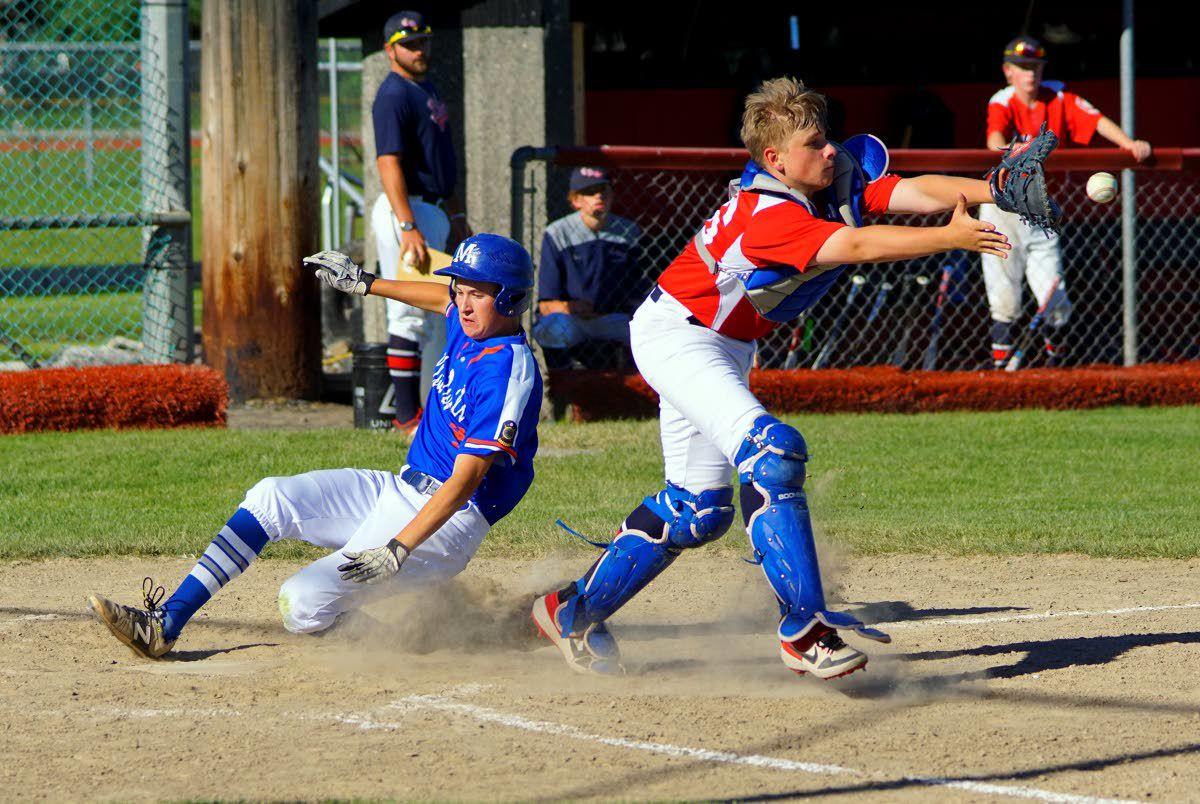 Moscow Blue Devils third baseman Chad Redinger tries to stop a rocketing line drive, which was ruled foul, during the first game of an American Legion doubleheader against the Pullman Posse Wednesday eveing in Moscow.

The coronavirus cliche that things change by the minute is evident no more perfectly than with youth baseball in Idaho.

The latest decision is American Legion baseball is back on in the state.

The Moscow Blue Devils Single-A and junior teams are among those that will play this season.

Moscow Baseball Organization president Dennis Wilson said the Idaho American Legion Board of Directors voted 9-2 last week to provide a season in a change of heart. So the MBO reconvened and voted unanimously to also go forward with Legion baseball in Moscow.

Blue Devils coach Stan Mattoon said the teams will be able to wear their Legion uniforms and compete against other teams in an official manner, rather than going on as an independent team, which was one of the options considered.

“We’re fortunate again to have this opportunity and we’re really excited about it,” Mattoon said.

The Blue Devils held some of their tryouts Sunday and will finish them this week, weather permitting.

“We know if something weird or crazy happens, it can be yanked out from under us at any given time ... but we’re going to ride it as long as we can.”

The Sunday tryouts were the first form of organized baseball in the state this year since the coronavirus shutdown sports in mid-March.

“Just to see these guys out on a field, smiling and having a baseball glove on, you could just kind of feel that it was a little bit of normalcy,” Mattoon said. “It was good to see them smile and be happy.”

Players in groups of five participated in drills for about an hour before the next group came in. All players had their temperature checked before they began and they had to follow social distancing protocols, Mattoon said.

Stage 3, set to begin May 29, would allow gatherings of 10 to 50 people, opening the possibility of practices with a full team. June 13 is the earliest date games could be played.

Mattoon said most of the teams across Idaho plan to play, including several in northern Idaho, including teams from Orofino, Sandpoint, Grangeville, Coeur d’Alene, Rathdrum, possibly Bonners Ferry and possibly Kellogg/Wallace/Silver Valley.

There also is a chance for a state tournament at the end of the season, but that will be worked out down the road.

Much is left to be finalized in terms of having fans or parents at games and using team dugouts, Mattoon said, but they’re just happy to be making progress towards playing ball.

“For these kids — and I’ve got a lot of older guys on my squad this year — it gives them an opportunity (to play), and we’re proud to be able to give them that opportunity,” Mattoon said. “I just hope they’re able to see it to the end.”