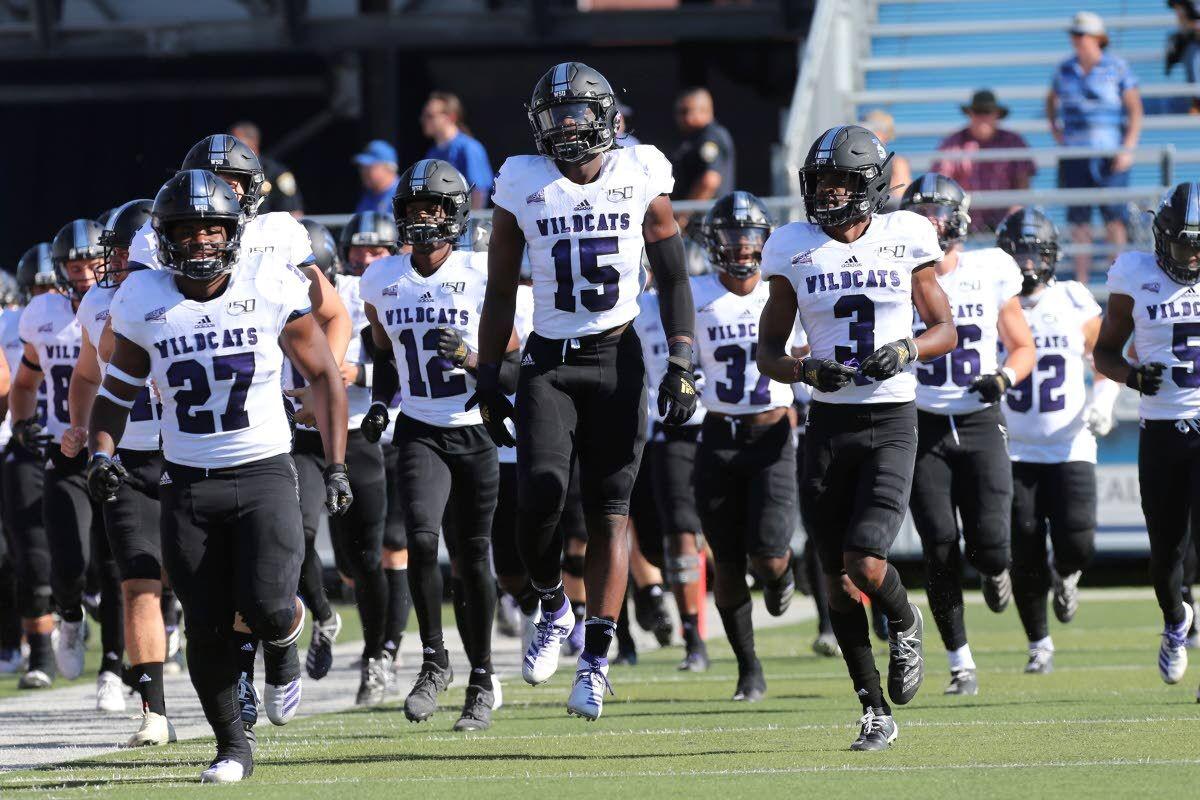 Weber State’s Raoul Johnson leads his team onto the field to face Nevada for an NCAA college football game on Sept. 14 in Reno, Nev. 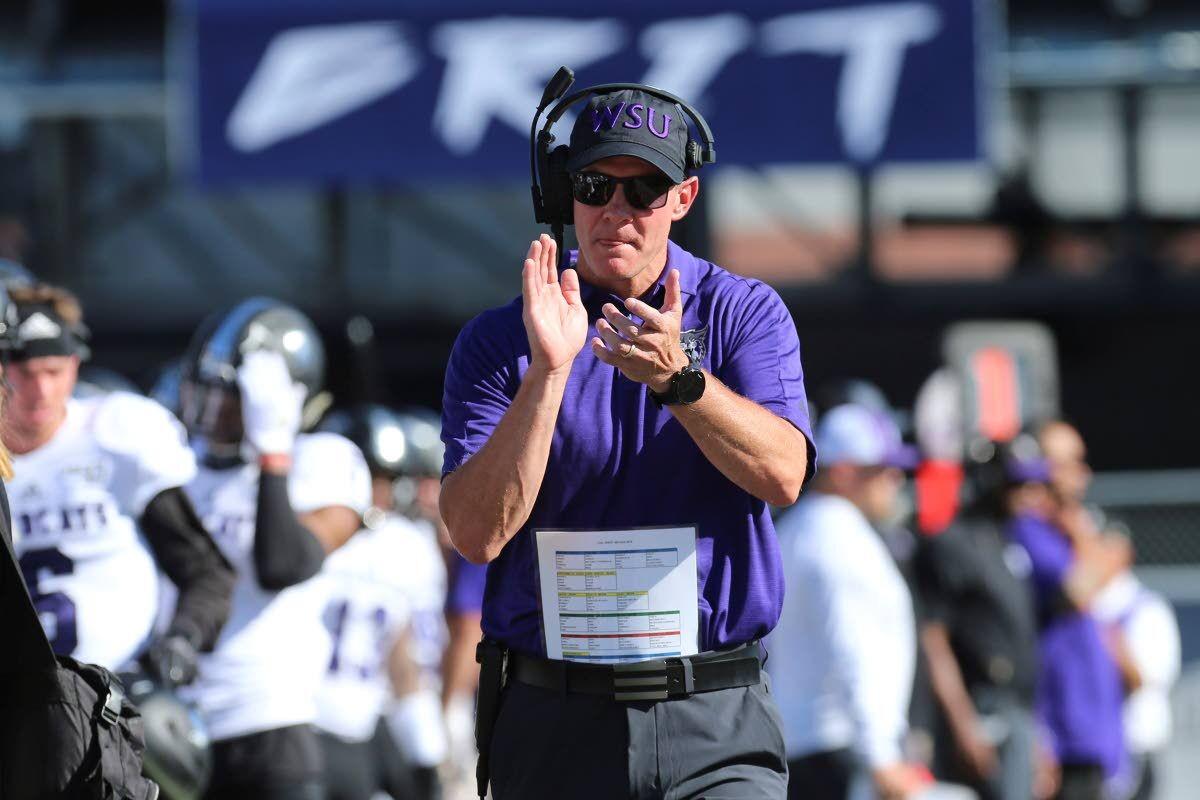 Weber State’s Raoul Johnson leads his team onto the field to face Nevada for an NCAA college football game on Sept. 14 in Reno, Nev.

It was a common theme during the Big Sky’s media days last week for coaches to lavish praise on the league’s quarterbacks, a position group that in large part has represented this conference for the past four decades.

“No matter who’s the starter for each of these teams, you’re in a battle,” said Weber State’s Jay Hill, who’s coached the Wildcats to three consecutive Big Sky titles. “The coaches have done such a phenomenal job, that it doesn’t matter who plays.”

It’s an interesting sentiment from someone like Hill, who’s made a living on not having to load the marbles on his quarterback play. All of his championship-winning Weber teams were tops in the conference in primary defensive statistical categories.

The league certainly is evolving in some way, yet the virtual season kickoff had its share of the expected lines from coaches: “It’s a quarterback conference, and it always has been,” as Portland State’s Bruce Barnum put it.

For all we know, he might’ve been referencing the revolutionary passing concepts at Idaho in the mid-1980s/early-’90s, installed by storied coach Dennis Erickson, to be continued by his tree, as well as a string of All-American Vandal quarterbacks.

So yes, for the most part, that notion fit back in the day.

As for the present: In 2019, six of the league’s teams ranked in the Football Championship Subdivision’s top 25 for passing offense, four of which were among the 10 best out of 127 programs.

Throughout recent memory, the story has been similar.

Just ask the Vandals, who were caught off-guard, and yielded huge numbers to Big Sky quarterbacks during their 2018 conference reintroduction after a four-year stay in the run-heavy Sun Belt.

The most productive of them — Eastern Washington’s Eric Barriere, Northern Arizona’s Case Cookus and Sacramento State’s Kevin Thomson — were legitimate candidates in the race for the Walter Payton Award, which eventually was claimed by North Dakota State quarterback Trey Lance.

Six of the top-25 FCS offenses were guided by prolific Big Sky quarterbacks, proving a valuable field general can boost offensive output in general. Montana State and its churn-it-out ground game came in at No. 25.

The league’s quarterbacks have become a commodity, with several of them recently having transferred to Football Bowl Subdivision teams, and out of a league Barnum termed “the 7-Eleven of college football. You stop by and get a Slurpee.”

There have been effective transfers up, and now, a prevalence of drop downs. Half of the league most likely will start former FBS quarterbacks.

“Then even the backups, they can beat you if you’re not ready,” Hill said. “I mean, a couple of years ago, Eastern plays for the national championship, and they do it with a first-year quarterback (Barriere).”

But the outlying teams are so elite in terms of FCS play, they muddy the easy storyline. Some programs, most notably Weber State, flout history.

The Big Sky, on second glance, looks like it’s gravitating away from, “Whoever scores the most wins,” and closer to, “Could we stamp out potent offense with a loaded defense?”

The three Big Sky members with the best national finishes last year — No. 3 Weber State, No. 4 Montana State and No. 8 Sac State — were defense-first types of teams. They exhibited top-30 scoring defenses laden with next-level talents, and were way up there in categories like sacks and turnovers forced.

The Wildcats and Bobcats were prone to ride the ground game offensively, while the Hornets trended toward balanced play, with an athletic quarterback who generated offense in various ways.

“I think (quarterback) has been the missing link for us,” said MSU’s Jeff Choate, who brought in North Carolina State transfer Matt McKay. NAU, Weber, Montana, Idaho State and Idaho each recruited FBS kick-backs too. So, maybe it’ll still be a quarterback-defined conference after all.

Or rather, should the Big Sky be known for the many prominent faces behind it all?

“There are a lot of creative minds, in all three phases,” Sac State’s Troy Taylor said.

There are calculated defensive minds like Barnum and SUU’s Demario Warren. There are well-rounded, adaptable brains like Hill, Taylor and Choate. There are wily veterans like Ball and Montana’s Bobby Hauck.

“There’s a lot of tremendous coaches, and tradition,” Hawkins said. “It really is a fun task to try and match wits with everyone. ... I’ve coached a lot of football. I’ve been around a while, and there’s as good a coaching going on in this league as I’ve seen anywhere, and that includes the Big 12. There’s a lot of good schemes coming out of this league. It’s tough.”