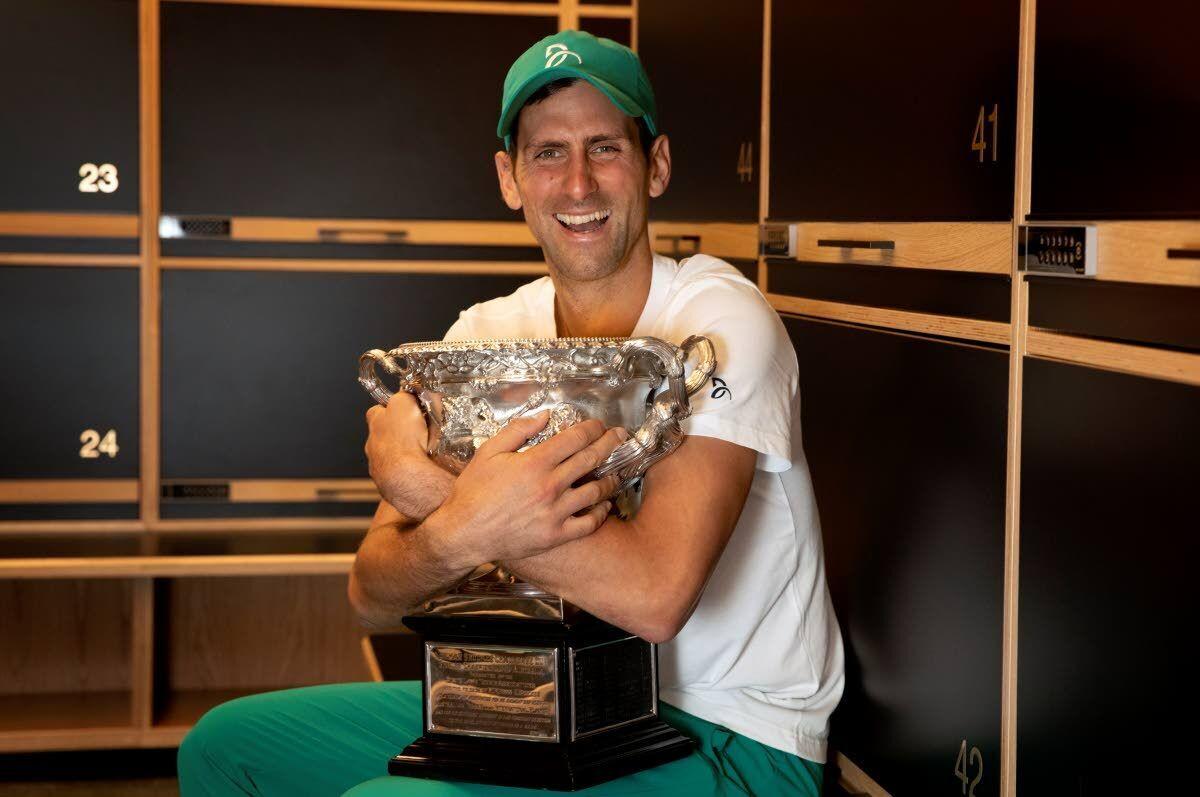 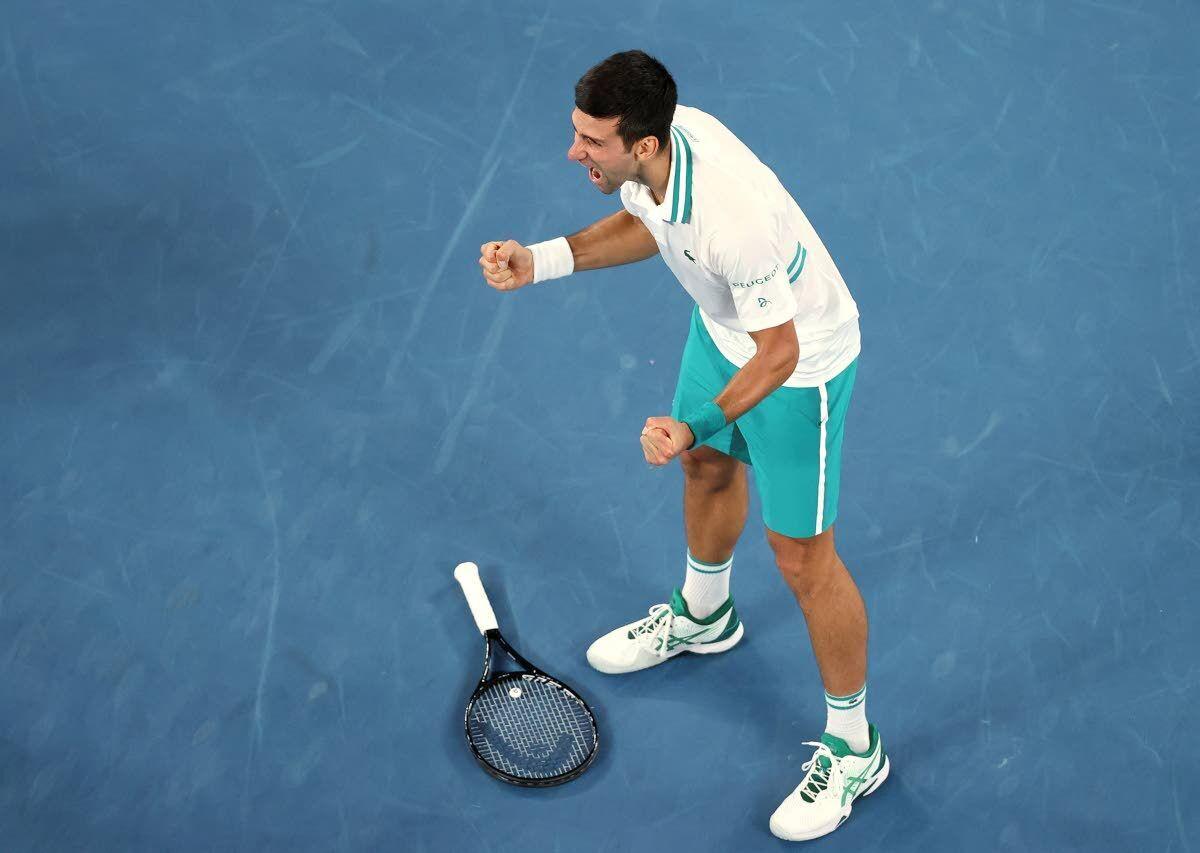 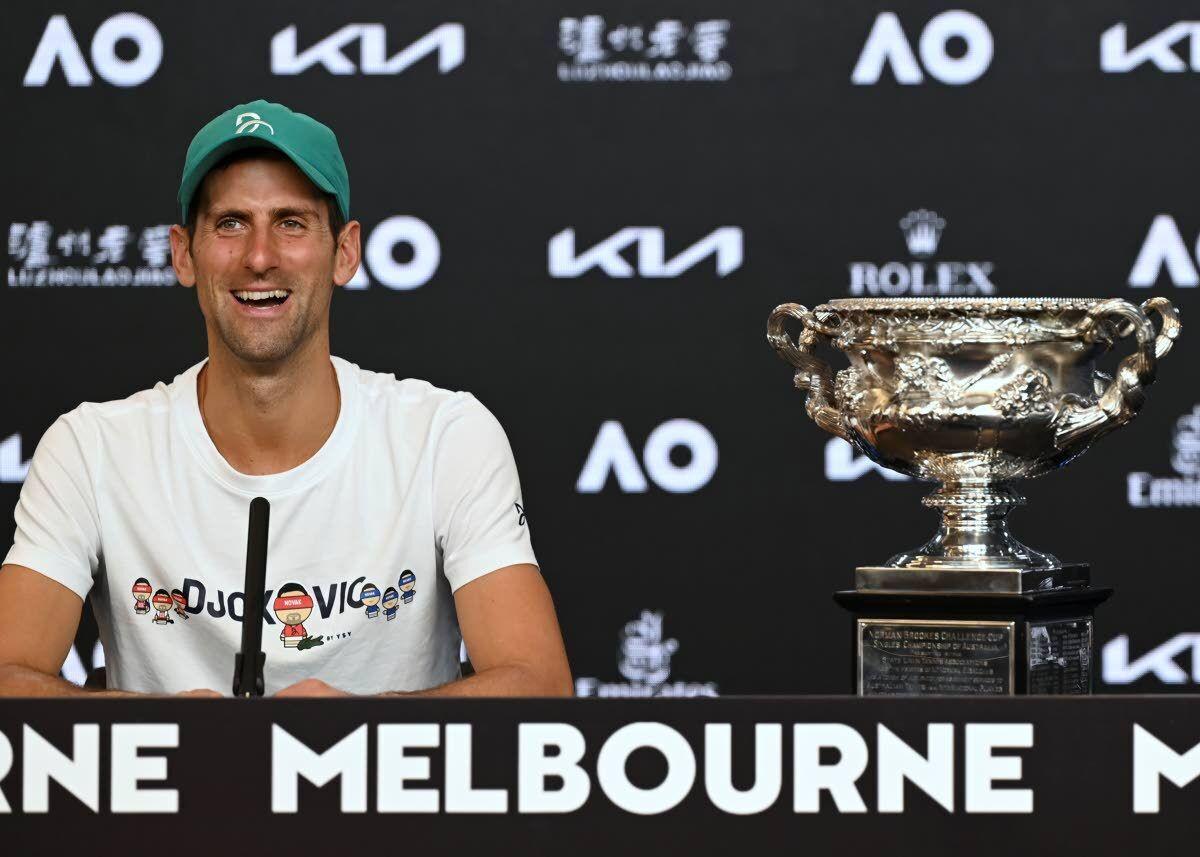 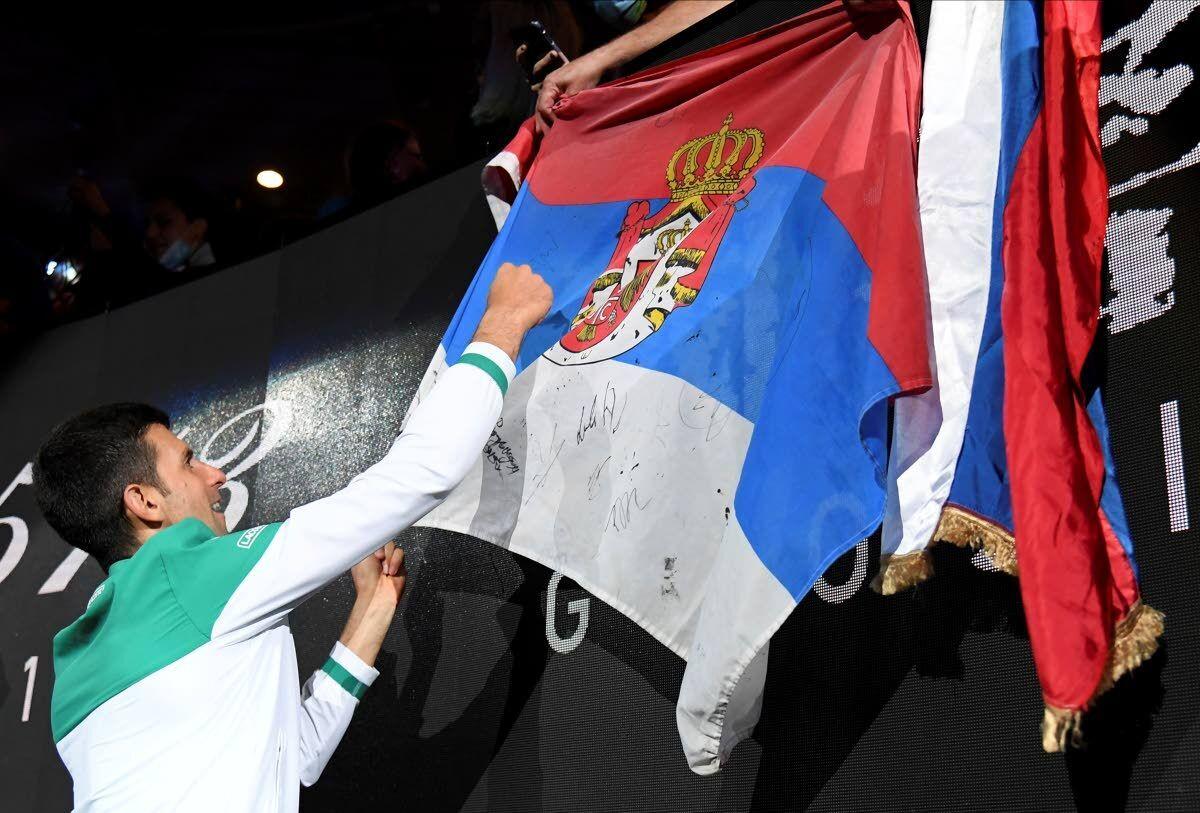 It didn’t take long for Novak Djokovic to make his intentions clear: All that matters to him from here on out is catching Roger Federer and Rafael Nadal in the Grand Slam standings.

Forget about winning other, run-of-the-mill tournaments or playing enough to retain the No. 1 ranking.

There is one, primary goal for the 33-year-old from Serbia. He wants to keep adding to his 18 major championships — he reached that number with No. 9 at the Australian Open on Sunday — until he no longer trails Federer and Nadal, who share the men’s record of 20.

“They’ve made history already. They made a tremendous mark in our sport,” Djokovic said. “Whether I think about winning more Slams and breaking records? Of course, I do. And most of my attention and my energy from this day forward, until I retire from tennis, is going to be directed (at) majors, trying to win more major trophies.”

Which is perfectly fine. There is no need for pretense.

There also is absolutely no requirement that he show up to compete more often than he really wants or in places other than where he really wants. If all that matters to Djokovic from a tennis standpoint is accumulating Slams, and playing less frequently also will protect his body — he had surgery on his right elbow three years ago; his 2021 Australian Open almost was derailed by what he said was a torn abdominal muscle — that is his prerogative.

It isn’t much different from what Federer himself or 23-time major champion Serena Williams, for that matter, have done for years.

“I think 99.9 percent of players — kids that get a racket in their hands — start dreaming about what they want to achieve. It’s a Grand Slam, winning a major,” Djokovic explained after his commanding performance in a 7-5, 6-2, 6-2 victory against Daniil Medvedev in the final at Melbourne Park.

“I mean, I don’t feel like I’m old or tired or anything like that,” he said. “But I know that biologically and realistically, things are different than they were 10 years ago for me."

Connected to that: His latest triumph at the Australian Open came with the additional bonus of assuring a stay atop the ATP rankings until at least March 8.

That is when he will reach 311 weeks at No. 1 for his career, one more than Federer’s total, another aim Djokovic made clear mattered to him.

“When you are going for No. 1 in the rankings, you kind of have to be playing the entire season, and you have to be playing well; you have to play all the tournaments. My goals will adapt and will shift a little bit, which means that I will have to adjust, also, my calendar,” Djokovic said. “Not have to, but I will have an opportunity to do that, which, as a father and a husband, I’m really looking forward to.”

One part of the calculus is no one knows, of course, whether Federer, who hasn’t played in more than a year after two knee operations and turns 40 in August, or Nadal, 34, will win more majors — or how many more.

It bears repeating that until Federer, Nadal and Djokovic came along, no man had won more than Pete Sampras’ 14 Grand Slam titles. Here we are, less than 20 years after Sampras retired, and he’s been surpassed by a trio of men, and by a lot of majors.

“We’re talking about some Cyborgs of tennis, in a good way,” Medvedev said, referring to the longevity and unprecedented success of the guys known as the Big Three. “They’re just unbelievable.”

Djokovic's coach, 2001 Wimbledon champion Goran Ivanisevic, predicted Nadal will claim “one more, maybe two” championships at the French Open, where he collected a 13th in October.

That is the only instance of a man owning more singles titles from one major than Djokovic’s haul in Australia. Federer’s high is eight at Wimbledon.

All have career Grand Slams.

“Roger and Rafa inspire me. That’s something that I’ve said before. I’ll say it again. I mean, I think as long as they go, I’ll go,” Djokovic said. “In a way, it’s like a race (of) who plays tennis more, I guess, and who wins more. It’s a competition between us in all areas. But I think that’s the very reason why we are who we are, because we do drive each other, we motivate each other, we push each other to the limit.”