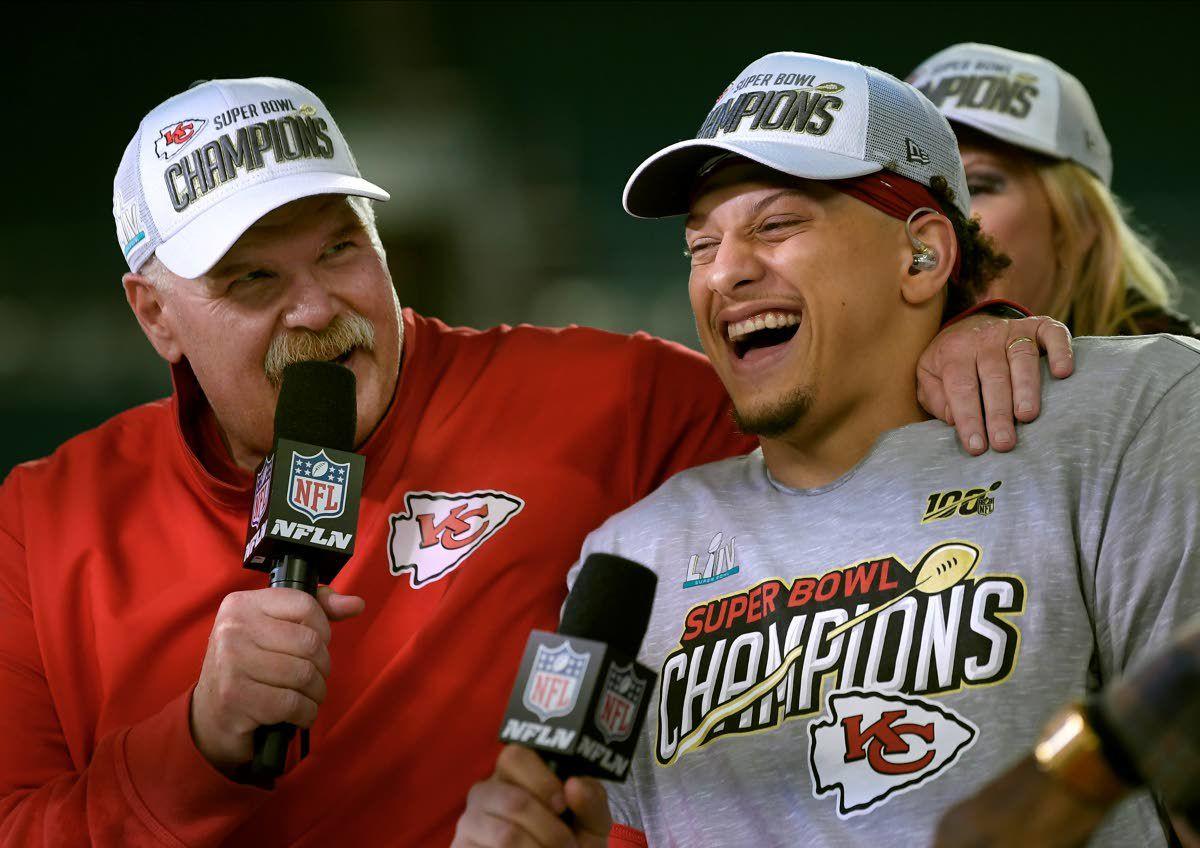 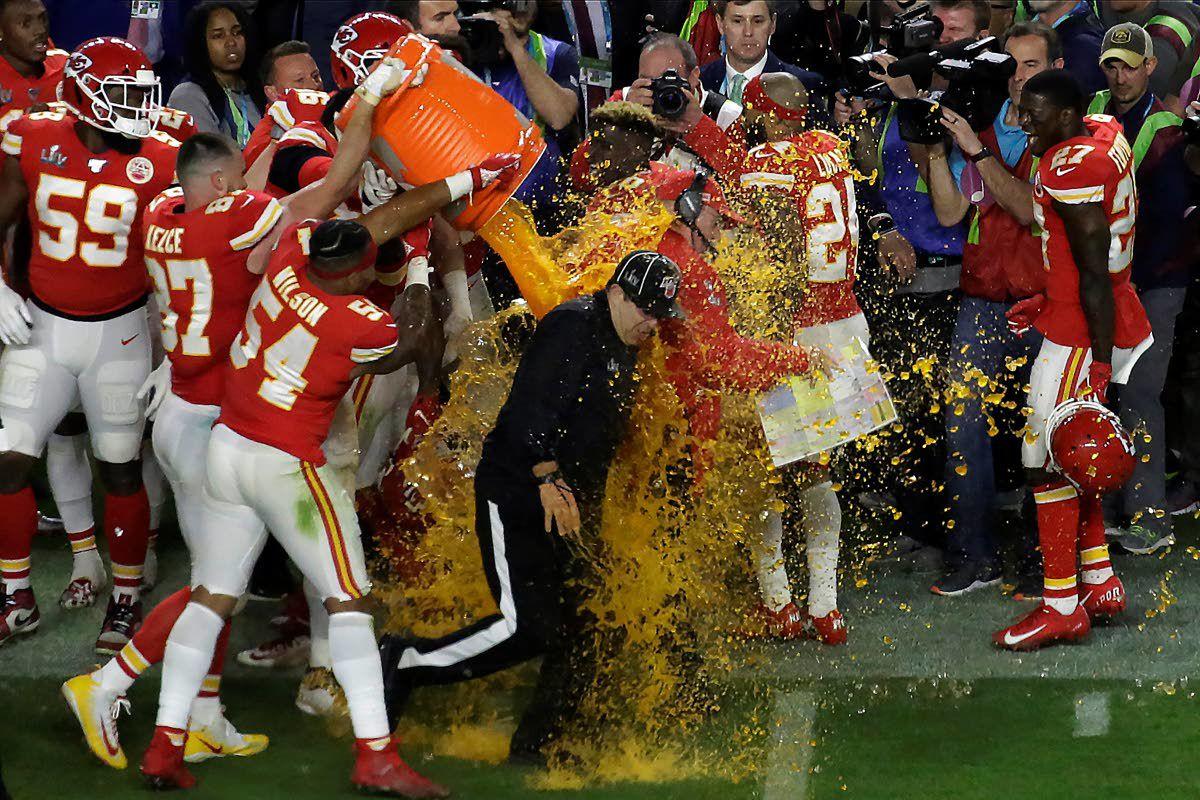 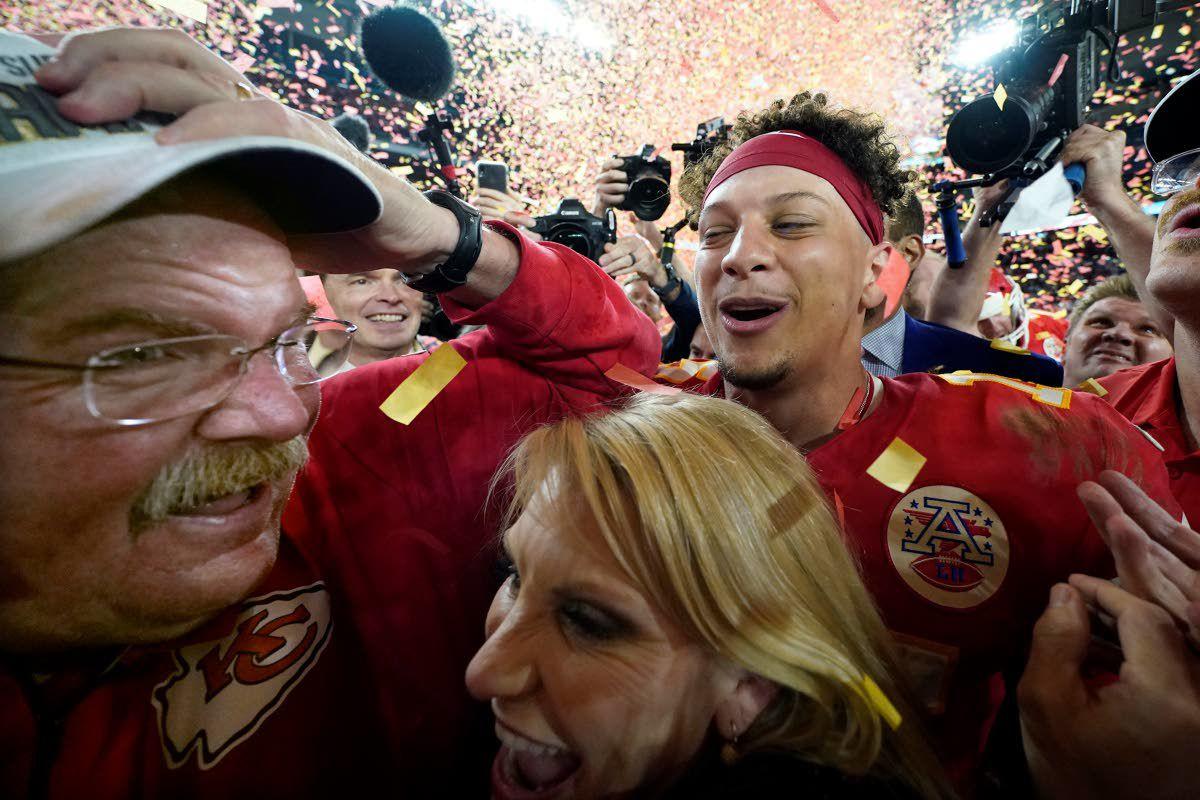 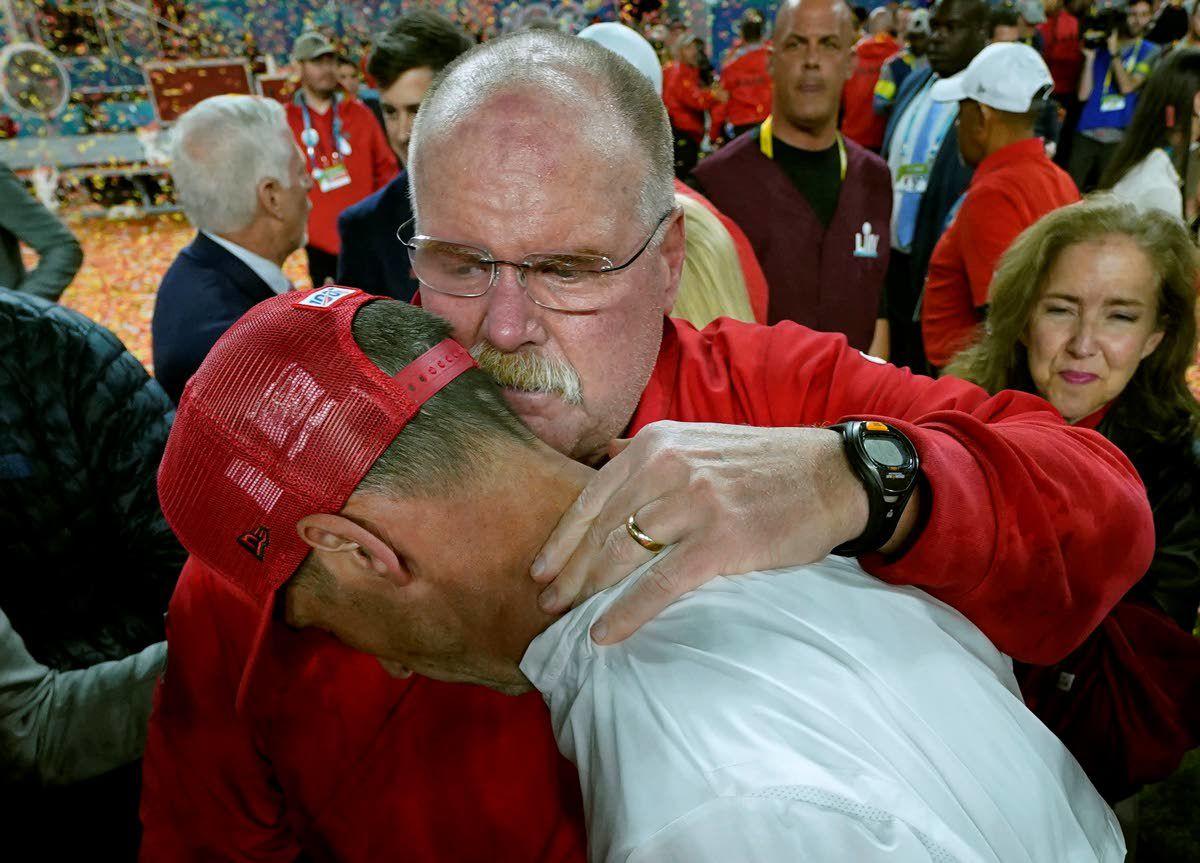 MIAMI GARDENS, Fla. — When Andy Reid walked into an interview with the Philadelphia Eagles armed with a 6-inch binder containing notes on how to build a winning team, management was sold.

But it took him 21 years and two teams to win it all.

Big Red finally got his Super Bowl title thanks to Patrick Mahomes leading the resilient Kansas City Chiefsin another comeback in the playoffs, a 31-20 victory over the San Francisco 49ers on Sunday night.

For two weeks leading to the game, Mahomes and his teammates talked about how badly they wanted to win for Reid. They were elated after they did it.

“He’s one of the best coaches of all-time and he already was before we won this game but we wanted to get that trophy just because he deserved it,” Mahomes said. “The work he puts in day in and day out, he’s there at 3 in the morning and he leaves at 11. I don’t think he sleeps. I’ve tried to beat him in and I never can. He’s someone that works harder than anyone I’ve ever known and he deserved it, so I’m glad we were able to go out there and get that trophy for him.”

Reid had more wins than any coach in NFL history without a championship. He’d lost his only other Super Bowl appearance with the Eagles 15 years ago. Winning his first championship as a head coach and Kansas City’s first in 50 years likely solidifies his Hall of Fame credentials.

But the 61-year-old Reid, known for wearing floral shirts and poking fun at his weight, didn’t want to talk about his coaching legacy.

“I don’t care about that. I really don’t,” Reid said. “This is a pure team sport. I love that part of it. That’s why I got in it. I didn’t get in it for any other reason other than to win games and win them with great people. We bust our tails to do that as coaches and players. That’s the part that I think needs the respect. You take care of that, everything else happens. That’s not really where my mind goes. It’s probably the last thing on my mind.”

Reid was more than willing to discuss how he planned to celebrate.

“I’m getting a double cheeseburger with extra cheese,” he joked.

Reid was an unknown assistant coach in Green Bay when Eagles owner Jeffrey Lurie plucked him from the Packers, convinced he was the right man to turn around a losing franchise. Reid had worked under Mike Holmgren and meticulously prepared for the moment to become a head coach. He put together that infamous binder filled with everything from practice schedules to an explanation on why a long snapper is such an important position.

He studied Holmgren, groomed Brett Favre and was ready to call the shots, even though he had no experience as a head coach at any level and was never a coordinator.

A Philadelphia newspaper greeted Reid with a headline that said: “Andy Who?”

His name is etched in NFL history now.

Reid turned the Eagles into a winner in his second season and won more games than any coach in franchise history, but was 1-4 in NFC championship games. He was fired after 14 seasons and immediately landed in Kansas City and turned the Chiefs into a playoff team right away.

After losing another conference championship game at home last year, the Chiefs overcame a 24-0 deficit in the divisional round, two 10-point deficits in the AFC title game and rallied after the 49ers took a 20-10 lead into the fourth quarter.

Plagued by clock management issues, conservative playcalling and other coaching blunders in the past, Reid made all the right calls this time and Mahomes did his thing.

While the Chiefs and their fans celebrated on the field at Hard Rock Stadium, Reid’s former players in Philadelphia shared their happiness.

Donovan McNabb, who gave the Chiefs a pep talk Thursday, wrote on Twitter: “So happy for my guy. Well deserved for the @Chiefs. Now give him the credit he deserves. First Class coach, friend & dad.”

Reid said his “heart went out to those guys” because “we were so close so many times” but he was thrilled the Eagles got their Super Bowl title two years ago under his protege, Doug Pederson.

Now, Reid has his ring, too.