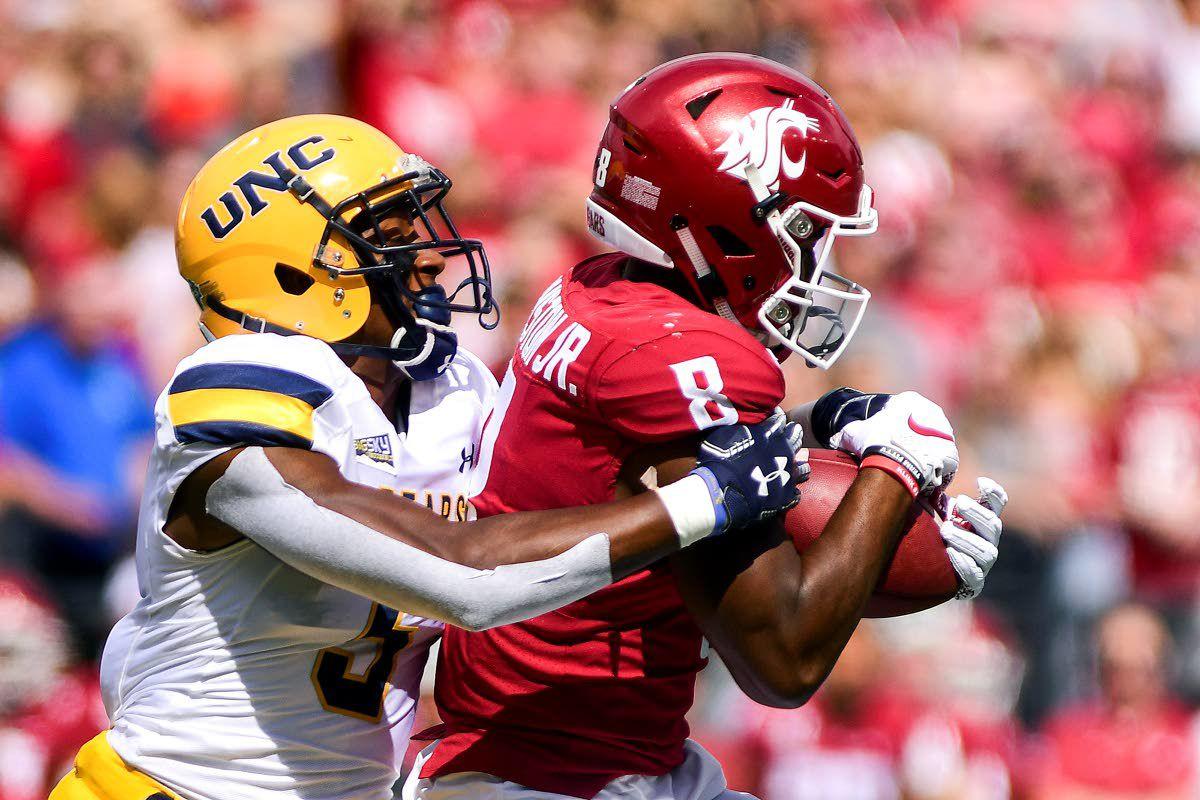 Washington State wide receiver Easop Winston Jr. (8) catches a pass from quarterback Anthony Gordon (18) as Northern Colorado cornerback Michael Walker (5) defends on the play during the first quarter of a non-conference game on Saturday afternoon at Martin Stadium in Pullman. 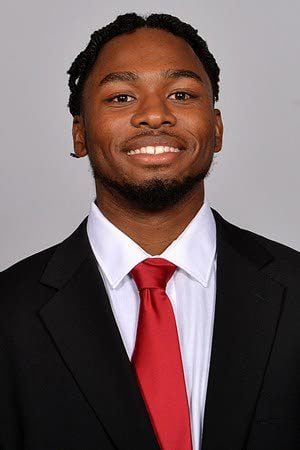 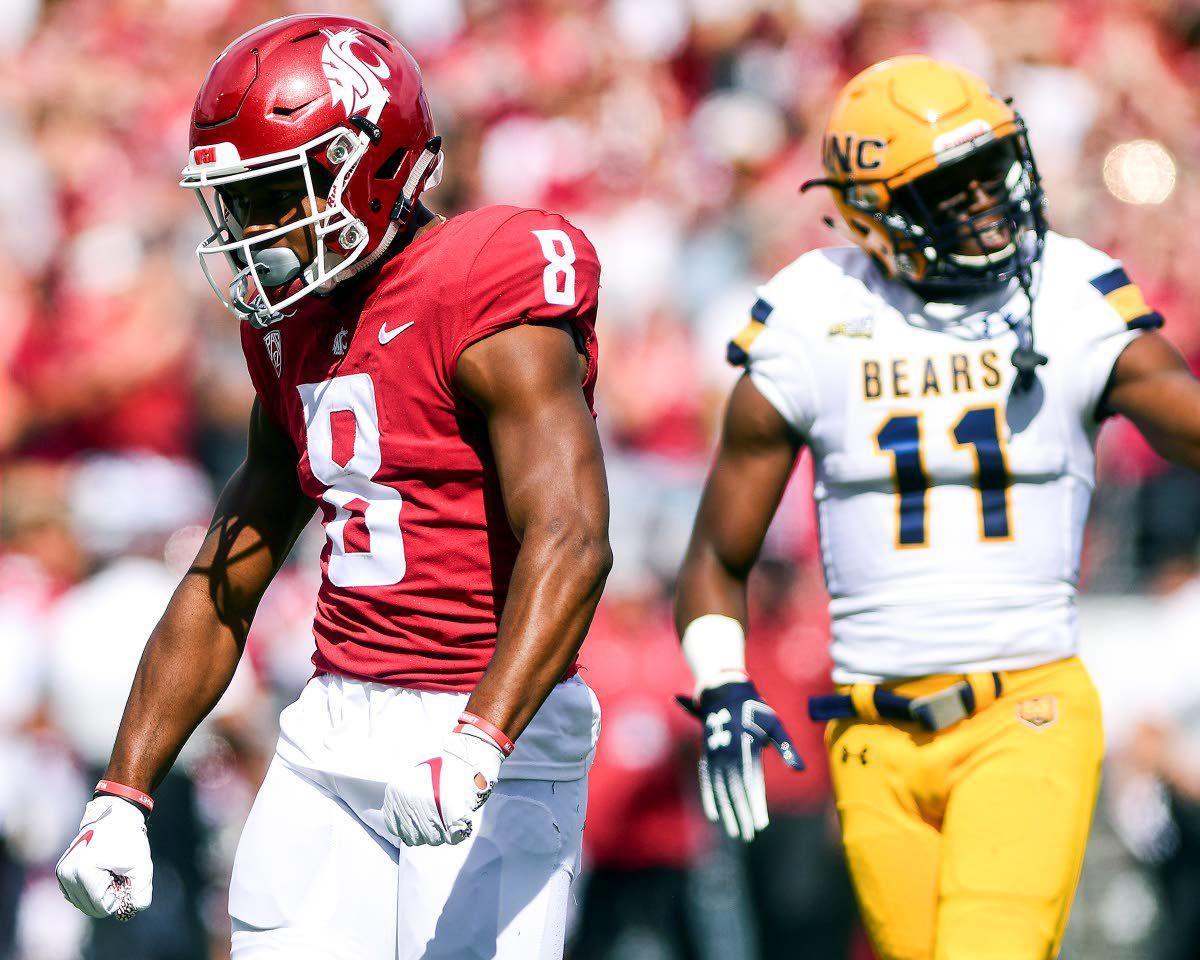 Washington State wide receiver Easop Winston Jr. (8) flexes after pulling in a long pass from quarterback Anthony Gordon (18) as Northern Colorado safety Jerone Jackson (11) looks on during the first quarter of a non-conference game on Saturday afternoon at Martin Stadium in Pullman.

Washington State wide receiver Easop Winston Jr. (8) catches a pass from quarterback Anthony Gordon (18) as Northern Colorado cornerback Michael Walker (5) defends on the play during the first quarter of a non-conference game on Saturday afternoon at Martin Stadium in Pullman.

Washington State wide receiver Easop Winston Jr. (8) flexes after pulling in a long pass from quarterback Anthony Gordon (18) as Northern Colorado safety Jerone Jackson (11) looks on during the first quarter of a non-conference game on Saturday afternoon at Martin Stadium in Pullman.

Easop Winston Jr. arrived at Washington State precisely as Gabe Marks was leaving. So he never got a chance to interact with the most prolific receiver in Pac-12 history.

Three years later, Winston is evoking memories of his predecessor, if only because he brings similar traits and technical ploys to the Z (far right) position Marks manned for four seasons in the Cougars’ Air Raid offense.

Other Z receivers, such as fellow senior Dezmon Patmon, rely on size, strength and an ability to stretch the field. Winston, at 6 feet and 192 pounds — almost exactly the same dimensions as Marks — relies more on technique, sure-handedness and a deep rapport with the quarterback.

Winston’s dynamic with Anthony Gordon, which dates to their days at San Francisco City College, is similar to Marks’ connection with Connor Halliday and later Luke Falk between 2012 and 2016.

“He’s a great player, just the way he got in and out of his breaks, the way he stacked (gained vertical leverage on defenders),” said the Cougars’ leading receiver this year. “It was good to be able to take some things from his game.”

With the depth the Cougars boast at receiver these days, nobody is threatening the WSU single-season record of 106 receptions by Vince Mayle in 2014 or the second-place mark of 104 by Marks the next year.

But Winston, with 50 receptions this season, is within range of Marks’ 89-catch total of 2016, which is when that depth started to become apparent. He’s averaging 12 yards per catch, and his nine touchdown receptions rank second in the league.

Marks wound up his WSU career with 316 grabs, which still is the Pac-12 record.

Cougars rush linebacker Ron Stone Jr. said coaches are emphasizing the need to avoid targeting penalties, but he also suggested it would have been difficult for WSU linebacker Travion Brown to avoid the targeting flag he drew after a bang-bang play in the second quarter of the Cougars’ 37-35 loss to Oregon.

“Keep your head up, run your feet, low hips, belt to belt,” Stone said of the advice players are getting. “In that instance with Travion, I don’t think he meant to go for the head, but a lot of things happen when you’re going full-speed in a game, so it’s hard to keep everything perfect, fundamental.”

The Cougars, coming off a bye, will have the services of Brown against Cal, because the targeting call happened in the first half at Oregon. The true-freshman backup was ejected for the second half.

Stone had drawn the Cougars’ only other targeting flag this season. That happened in a win against Northern Colorado.

The Cougars’ game at California marks the second time this season Wazzu and its opponent are coming off a bye. When Leach noticed that last week, he wondered if that sort of scheduling had been a priority in the Pac-12 this year, to create matches of equally rested teams. He’s probably not the only one.

But according to the conference, it was just a coincidence.

“The only designed byes are those required prior to a Thursday night game,” Dave Hirsch, Pac-12 vice-president of communications, said this week.

Nonetheless, of the 17 league games this season involving at least one team coming off a bye, seven actually involve two.