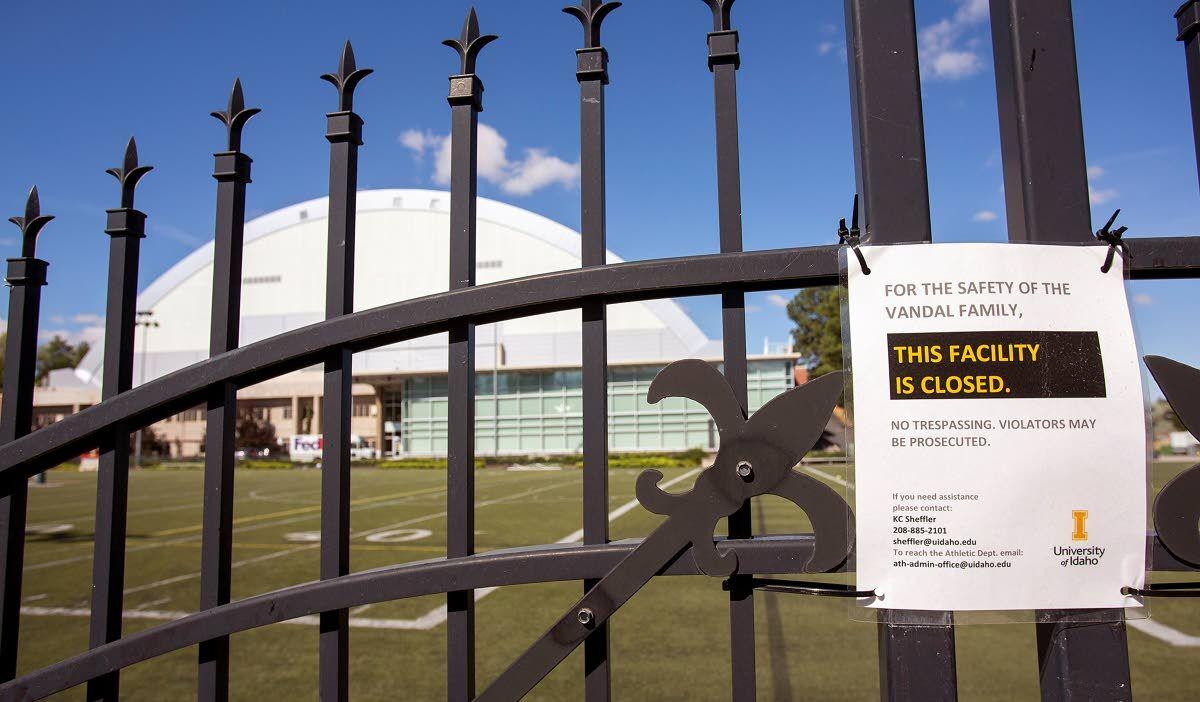 The outdoor practice field at the University of Idaho is closed Friday in Moscow after the Big Sky Conference announced it is postponing its fall 2020 football season to spring, 2021, because of “continuing concerns related to the COVID-19 global pandemic.” 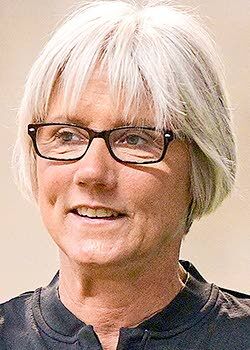 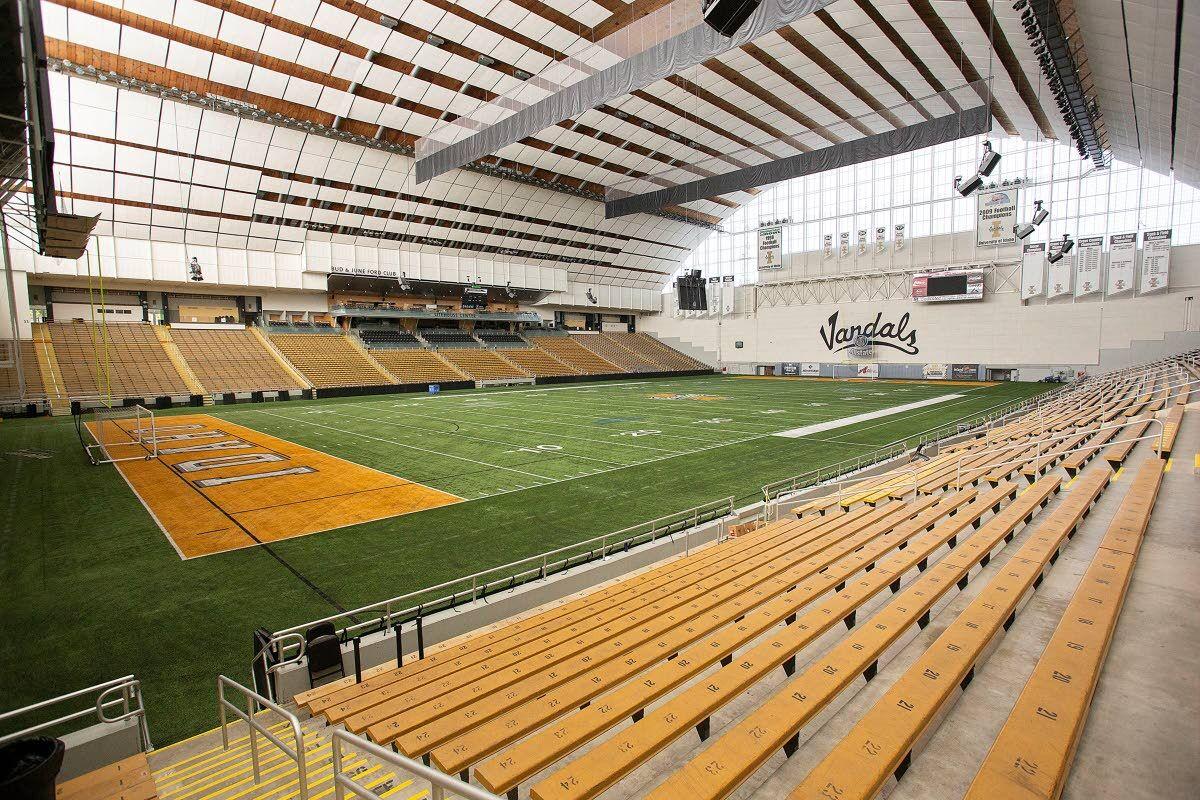 The Kibbie Dome at the University of Idaho sits emply on Friday in Moscow after the Big Sky Conference announced it is postponing its fall 2020 football season to spring, 2021, due to "continuing concerns related to the COVID-19 global pandemic."

The outdoor practice field at the University of Idaho is closed Friday in Moscow after the Big Sky Conference announced it is postponing its fall 2020 football season to spring, 2021, because of “continuing concerns related to the COVID-19 global pandemic.”

The Kibbie Dome at the University of Idaho sits emply on Friday in Moscow after the Big Sky Conference announced it is postponing its fall 2020 football season to spring, 2021, due to "continuing concerns related to the COVID-19 global pandemic."

The Big Sky Conference authenticated multiple earlier reports, announcing Friday its league football season was postponed until the spring because of ongoing concerns with the spread of the coronavirus.

For Idaho in 2020, there will be no clash with Montana for the storied Little Brown Stein, no Battle of the Domes at Idaho State, and no showing on Eastern Washington’s Inferno.

The Vandals must wait at least another half year in their quest to reclaim Big Sky relevance. Yet they do still have intentions of trotting out their football team before the new year.

The league, which originally determined the season’s fate during a widely reported Big Sky Presidents Council meeting Thursday, will permit individual programs to continue athletic activities this fall, provided they abide by NCAA legislation and protocols in accordance with local and state health guidelines.

The Big Sky said fall nonconference play is pending review a day after several credible outlets reported that the league’s athletic directors recommended allowing as many as three games to be played for programs meeting certain requirements.

“Our testing here at the University of Idaho is set up to meet or exceed the recommendations provided by the NCAA,” UI athletic director Terry Gawlik said in a statement. “Pending further review, we will be exploring the option of playing non-conference games this fall. We look forward to releasing more information as it becomes available.”

Gawlik added: “It was an incredibly difficult decision that was made with the best interests of the student-athletes in mind for the conference as a whole. Moving the Big Sky Conference football season to the spring hopefully affords our league partners more time to prepare and fine tune their health and safety precautions.”

Idaho already has lost out on nonconference games against Western Oregon and Palouse foe Washington State — a $550,000 payday down the drain — because of coronavirus-spurred league cancellations/amendments.

Nonetheless, UI’s contest set for Sept. 12 at Temple stands, for now. A school spokesman said the Vandals are hoping to fill out the allowable number of non-Big Sky games, and fall camp remains set to open in Moscow this Friday.

“We’re still working through (nonconference games),” Big Sky commissioner Tom Wistrcill said during an impromptu Zoom call with reporters. “We’re gonna do a little review here as a conference over the next few days, get our presidents council back together next week sometime to make a final decision on nonconference play.”

The conference is comprised of 13 football members from eight Western states, each of which has its own COVID-19 mandates. Three California schools, EWU and Portland State still cannot stage full practices because of local restrictions.

Numerous Big Sky programs, including EWU and Montana, likely will not explore fall nonconference prospects, per reports from the Spokesman-Review and Missoulian, respectively.

According to Wistrcill, expansive NCAA testing and safety requirements were “kind of a tipping point” in the league’s decision. He said timely results, scheduling, cost and the overall accessibility of tests created a “really difficult” situation for several Big Sky athletic departments that already are somewhat strapped for cash. Earlier this week, the NCAA’s governing body charged schools to receive test results in high-contact risk sports within 72 hours of competition.

“We were heading, I think, kind of in this direction based on a lot of things. But then when you start looking at the requirements for testing, that would’ve been virtually impossible for us to pull off,” he said.

At UI, the aim is to employ an in-house system capable of testing every student before the semester begins Aug. 24, and for results to be prompt.

As for the envisaged spring conference season, Wistrcill said its modified outlines will be released in the near future.

It’ll be made up of eight Big Sky games, and according to ESPN’s Adam Rittenberg, a plan is circulating among Football Championship Subdivision teams that the season potentially could start in early March, with perhaps a truncated postseason that ends around Memorial Day. Wistrcill didn’t address a specific timeframe for a spring season.

“We’re working on a number of models of when we could start competition. I think what we’re really gonna be working hard on is ... pushing the NCAA and the FCS committee to figure out a championship,” he said. In its statement, the Big Sky expressed support for the NCAA to move the FCS postseason to the spring.

“We need a championship date, we need a bracket, and then we can build a schedule before that,” Wistrcill said.

Wistrcill, when asked what needs to happen for a spring season to be ensured, said the virus simply must be more contained, and much of the decision-making process will be based on what happens with students on campuses this fall.

“I think we’ll learn a lot about each of our local health communities and how they handle it,” he said. “It’s hard to say there’s three or four things that have to happen, but there definitely has to be some changes. I mean, if we’re in the same place come March that we are in right now, there won’t be any college sports going on.

“... I do believe we’ll be in a different place (this spring) as a country, and we’ll be able to manage this.”

Concerning other fall sports — like volleyball, soccer, golf, tennis, swim and dive, and cross country at Idaho — Wistrcill said resolutions are in the works. In July, the Big Sky pushed the start date for most of those sports’ seasons back to Sept. 18.

Another uncertainty is the question of eligibility for early enrollees, or student-athletes on schedule to graduate.

“That’s still a big gray area,” he said. “That might take a couple of weeks as we work through this.”

Wistrcill would like the Big Sky’s choice to influence other FCS conferences, so the postseason might run more smoothly. There are reportedly nine leagues out of 13 in the subdivision that have pushed their seasons ahead.

“We believe we’re the best conference in the country in FCS football, and we hope to help drive that decision,” he said.

“We’ve certainly been communicating our intentions to all the other conferences, and hope they’ll join us in making the spring season the best it can be.”

On Monday, UI confirmed nine student-athletes tested positive for COVID-19 out of 125 tested since early July, and 15 others had quarantined at some point because of contact-tracing precautions. Sources close to the program said two staffers also have contracted the disease. About half of the other Big Sky schools have reported cases of coronavirus among athletes, as well.

“It’s never easy to do this, never easy to tell our student-athletes they’re not gonna have a season when they planned, but we’re in very unique circumstances right now, and we have to make some unique decisions,” said Wistrcill, who added the league received input from student-athletes on whether they felt safe participating this fall.

“I’m just really proud of the way our conference has handled this, a difficult decision, but I’m proud of the fact we could keep the health and safety of our student-athletes at the forefront.”