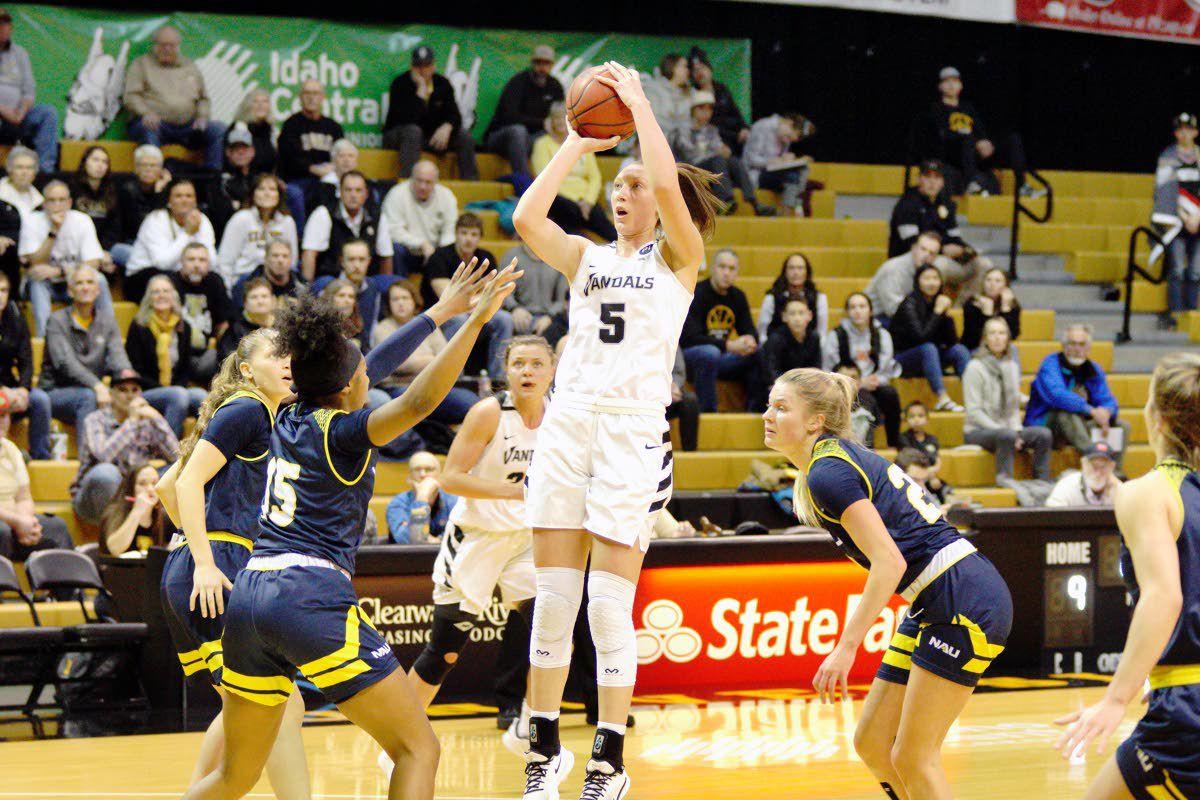 Idaho freshman Beyonce Bea (5) fires a jump shot over Nothern Arizona’s Khiarica Rasheed (15) Feb. 1 during a Big Sky Conference barnburner in the Cowan Spectrum. The conference is reducing the number of conference games to 16 instead of 20 next season. 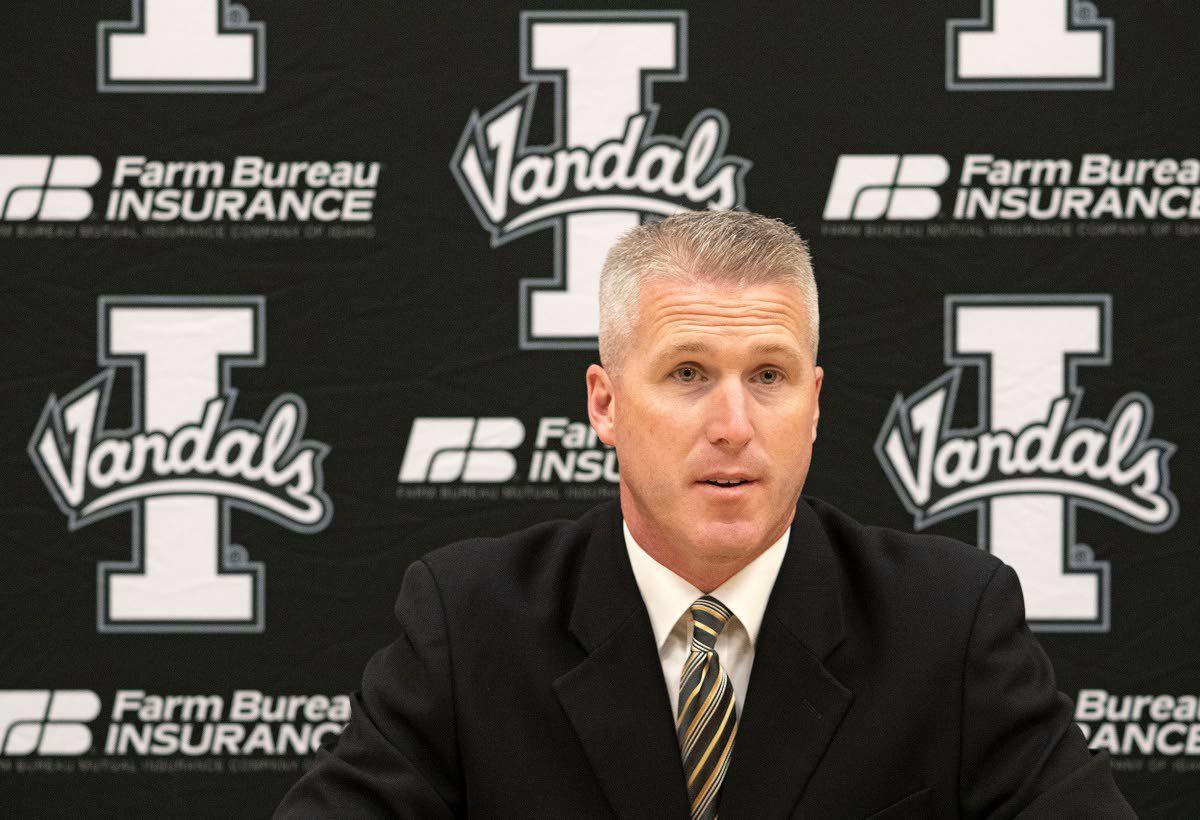 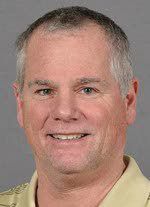 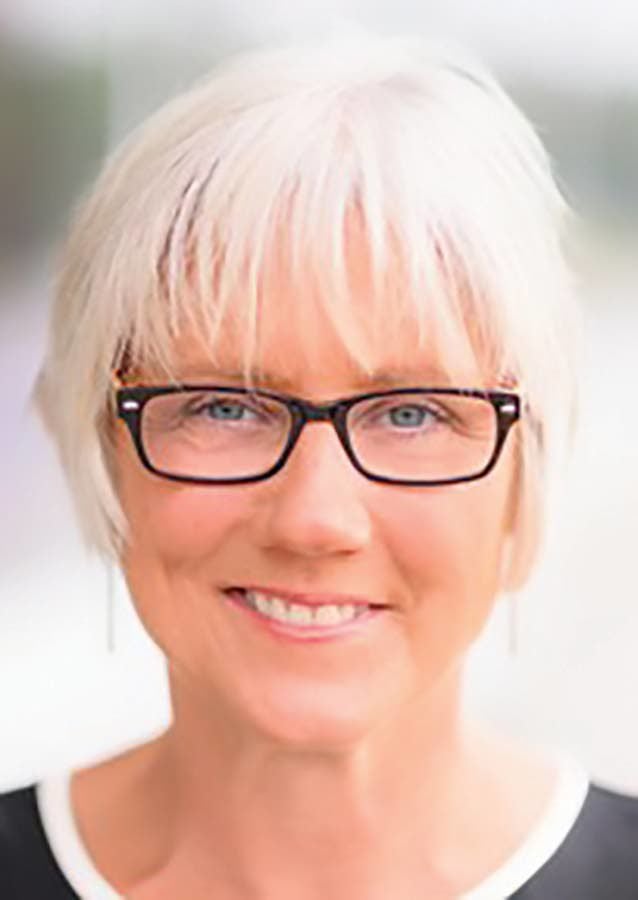 Idaho freshman Beyonce Bea (5) fires a jump shot over Nothern Arizona’s Khiarica Rasheed (15) Feb. 1 during a Big Sky Conference barnburner in the Cowan Spectrum. The conference is reducing the number of conference games to 16 instead of 20 next season.

In a cost-saving move for its member institutions, the Big Sky Conference on Friday announced a reduction in the number of conference basketball games for the 2020-21 season.

“You have universities throughout our conference that are dealing with budgetary issues, and they’re trying to alleviate some costs for all these teams with all the travel that obviously goes into any conference schedule,” University of Idaho men’s basketball coach Zac Claus said.

The change is planned for only this season for men’s and women’s basketball and was recommended by the league’s Conference Council, which is composed of sports administrators from member schools.

“This one-year adjustment to our conference basketball schedules is an appropriate measure that delivers significant cost savings to our member institutions while providing our basketball programs with more flexibility in their nonconference scheduling,” said Tom Wistrcill, the conference commissioner. “I applaud our schools’ leaders for striking the right balance between providing opportunities for our student-athletes to compete while recognizing the need to make changes for the upcoming year.”

College basketball was among the first sports to be affected by the coronavirus pandemic when conferences canceled their tournaments in mid-March.

The Big Sky ended its tournaments March 12, the same day the UI women’s team was set to face Montana State in the semifinal round. The Vandal men’s tourney run ended the previous day.

Idaho’s athletic department already was facing a deficit of more than $1.5 million before the pandemic.

The NCAA, which also canceled its lucrative national championship tournaments March 12, would have spread about $600 million across its 353 institutions if winter and spring sports had continued.

Idaho also was set to play host to the opening two rounds of the men’s NCAA basketball tournament in Spokane, which would have paid out about $200,000.

With the 2020-21 schedule changes, all 11 teams still will advance to the conference tournament. Last season, the UI women were the No. 2 seed and finished 22-9 overall, while the men were the No. 10 seed and had an 8-24 record.

With fewer conference games, Big Sky teams will face some opponents once instead of playing each team twice.

“They make sense from a rivalry standpoint but also from a travel standpoint,” Claus said. “Those games are against teams we can get to a whole lot easier. With Eastern Washington (and) Montana, those are bus rides instead of getting on airplanes.”

Claus said he, women’s coach Jon Newlee and UI athletic director Terry Gawlik will have talks about whether or not to add more nonconference games to fill out the schedules.

Meanwhile, Claus is preparing for a summer in which his team is spread throughout the country instead of together in Moscow for player-led workouts.

“It’s different because we’re used to having our team here for the summer and going to summer school,” Claus said. “That’s been adjusted. Almost our entire roster is home right now.

“We’re encouraging them to get workouts in as best they can in accordance to what state they’re in.”