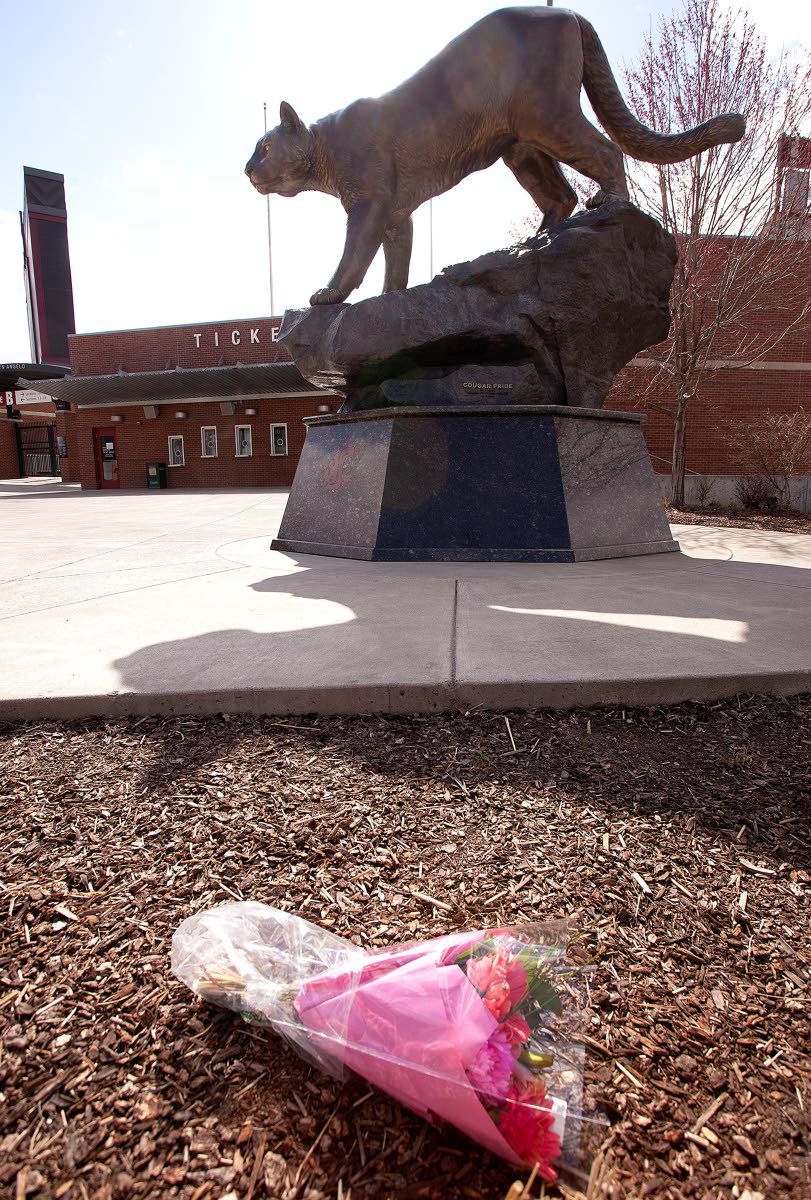 Flowers in memory of Washington State safety Bryce Beekman rest below a statue outside Martin Stadium on Thursday in Pullman. Beekman died Tuesday at his home in Pullman.Geoff Crimmins Daily News 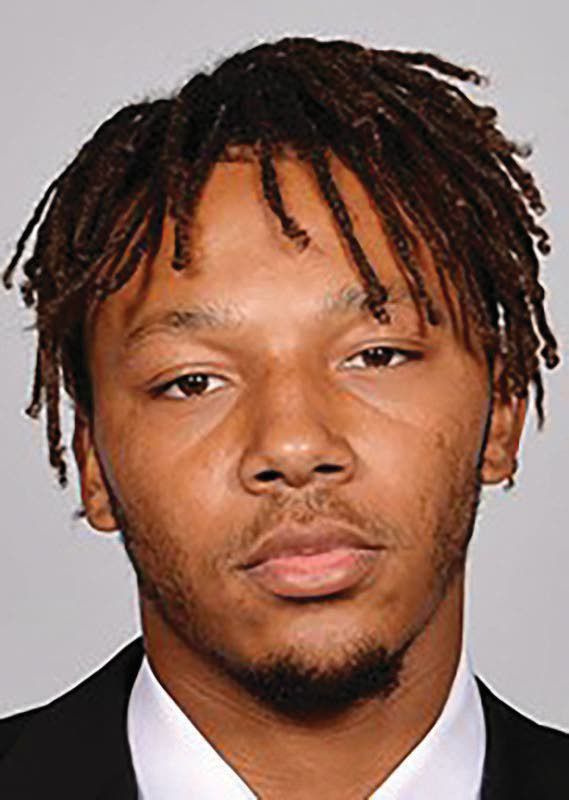 It became a running joke. Bryce Beekman would spot teammate Karson Block in the Washington State football locker room and bellow, “Big-time Block, how you doin’? When you gonna let me have your autograph?”

If Block cracked a grin, Beekman’s goal had been accomplished.

“Everybody he came into contact with — he just wanted to put a smile on your face,” Block said by phone Thursday from his home in California.

Two days after Beekman’s death, the grieving Cougars continued to describe him as a caring, resolutely upbeat young man who raised his teammates’ spirits and caliber of play.

“Big-time Beek,” Block often would tell him, “I’m the one who should be getting your autograph.”

Pullman police said they found Beekman dead in his Pullman apartment Tuesday after responding to a phone call alluding to “breathing problems.”

The 22-year-old safety from Baton Rouge, La., the Cougars’ fifth-leading tackler last season, had been preparing for his senior year and taking online classes, on a campus largely evacuated of students because of social-distancing efforts in the face of the coronavirus pandemic.

According to the NBC News website Thursday, Pullman Police Chief Gary Jenkins said there was no initial indication Beekman had contracted the coronavirus. The athlete recently had visited his home in Louisiana, which might be experiencing the fastest growth in new cases in the world, and Beekman had retweeted a video clip suggesting that statistic Sunday.

“At this time, there are no indications of a connection to COVID-19, but that will be part of the (coroner’s) investigation,” Jenkins said, according to NBC. He already said there was no suspicion of foul play or suicide.

In another previously unreported detail, Jenkins said a friend had found Beekman at his apartment, not breathing, before the police’s arrival, NBC said.

Whitman County coroner Annie Pillers said Wednesday the cause of Beekman’s death won’t be known for two to three months.

Beekman’s younger brother, Reece, a basketball star at Scotlandville Magnet High School in Baton Rouge, was named Gatorade Player of the Year for Louisiana on Thursday.

Block, a defensive lineman who completed his WSU career last season, said his friendship with Beekman was based partly on a shared familiarity with junior-college football and the state of Louisiana, where Block had briefly been on the Louisiana-Lafayette roster. But Beekman had a way of connecting with everyone, he said.

“You really, truly can’t put into words how much of an impact he had on everybody he came in contact with,” Block said. “He was just a happy and loving guy.”

He mentioned a recent tweet by senior linebacker Jahad Woods:

“Bro was so pure, genuine and always happy to be present. Never ever seen him upset. Often times on the field when I let my emotions get the best of me, he was ALWAYS there to uplift me and really anyone. There’s been multiple times where he … literally wouldn’t leave me alone until i smiled.”

A number of Cougars in recent tweets referred to Beekman as “Goat Man,” alluding to the acronym, “Greatest of All Time” — a compliment Beekman often conferred on others. It was in the same spirit Block jokingly returned Beekman’s locker-room request for an autograph.

“And I wish I would have gotten that autograph now,” Block said.