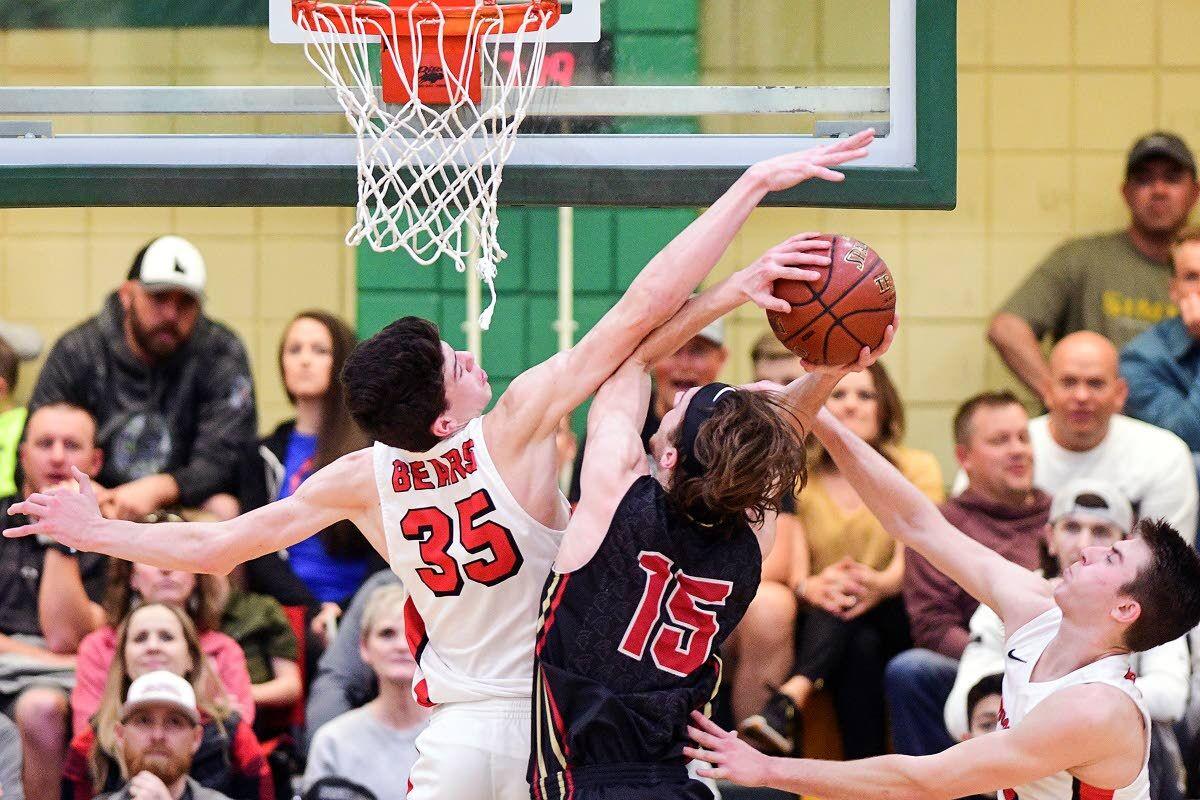 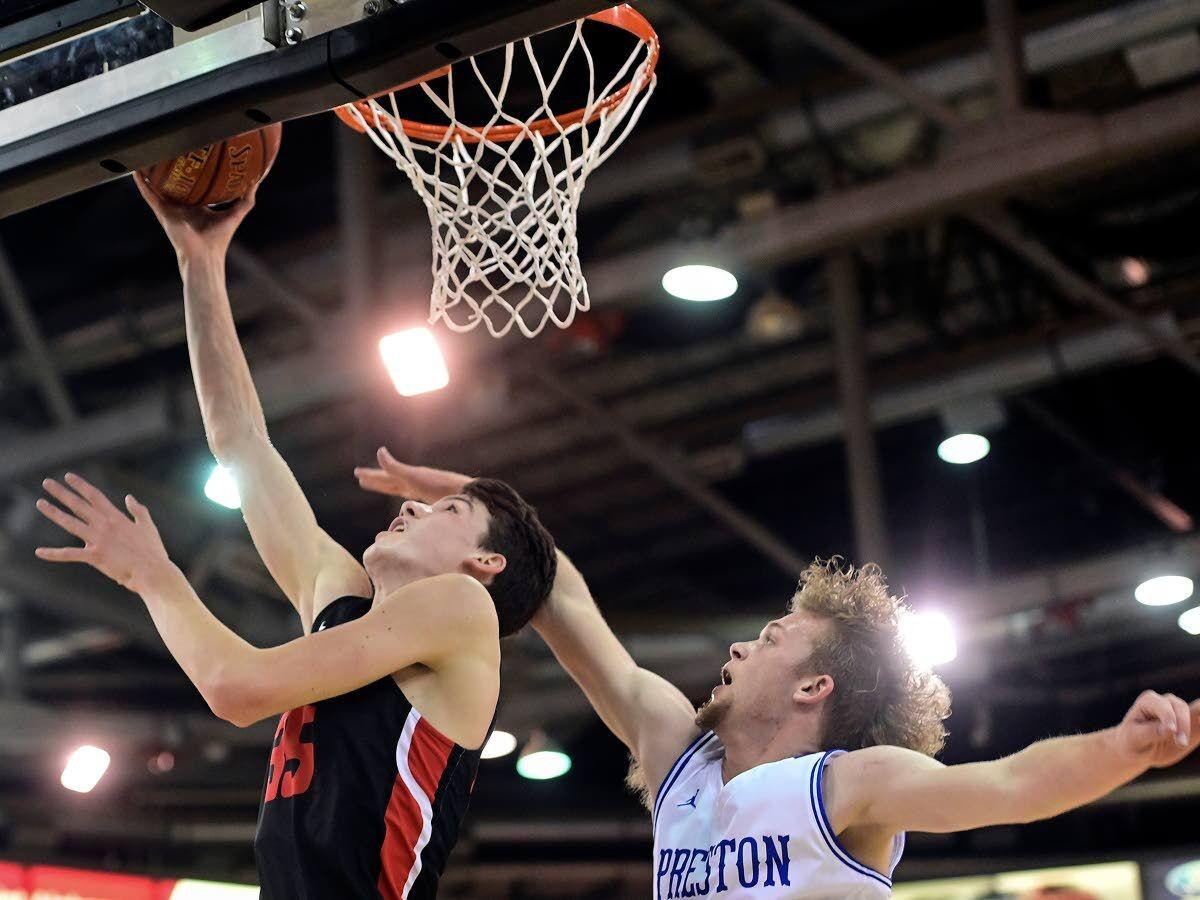 Moscow forward Blake Buchanan (35) goes in for a reverse layup as Preston guard Cooper Hobson (1) defends during the second quarter of the Idaho Class 4A state championship game at the Idaho Center in Nampa.

Moscow forward Blake Buchanan (35) goes in for a reverse layup as Preston guard Cooper Hobson (1) defends during the second quarter of the Idaho Class 4A state championship game at the Idaho Center in Nampa.

Greg Lee of the Idaho Press-Tribune, formerly a Coeur d’Alene-area reporter, first broke the news of Blake Buchanan’s transfer Friday on Twitter, then Saturday posted that “(Debbie Buchanan) is stepping down as Idaho’s volleyball coach and moving to (Coeur d’Alene)” in response to a reply to his first tweet.

In his Friday post, Lee indicated the Buchanan family is in the process of building a home in Coeur d’Alene. UI could not confirm that.

According to an email from assistant Idaho sports information director Wyatt Hall, Debbie Buchanan will be returning for her 21st year at the helm with the Vandals — that is, whenever a volleyball season happens. The Big Sky Conference elected in August to postpone fall sports to the spring.

Otherwise, Blake Buchanan’s departure from the Bears’ program represents a huge blow to a Moscow team that finished runner-up to Preston in the Class 4A state tournament in March.

Buchanan, who stands 6-foot-9, averaged about 11 points and eight rebounds per game as a starting freshman last year for the Bears, who finished 17-10 after a 5-8 start. He’s a savvy post-up player with a smooth touch inside, and boasts strong defensive capacities and accuracy from 3-point distance.

Buchanan paced Moscow with 14 points per game at State, where the Bears posted upset victories against Minico of Rupert and Kuna. He had 14 points and nine rebounds against the Spartans, then logged 15 and 12 versus the Kavemen.

Lake City qualified for the state tournament and eliminated Lewiston from postseason contention with a nail-biter of a 60-59 win Feb. 29. The Timberwolves went 0-2 at State, finishing with an 18-14 record.

On Aug. 13, the Moscow School District board of trustees voted to play only intramural sports this fall because of concerns with the coronavirus pandemic, then overturned the decision Tuesday, allowing for a return to interscholastic competition.