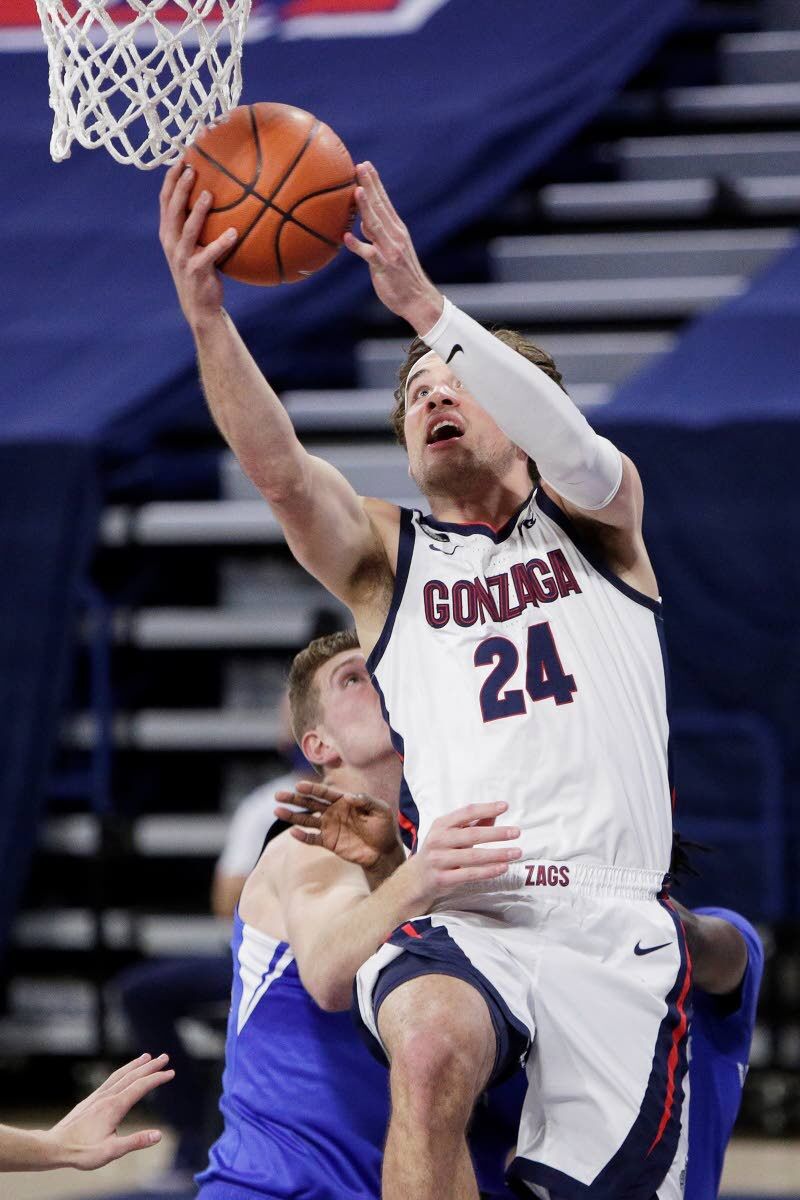 Associated PressGonzaga forward Corey Kispert, right, shoots over BYU forward Kolby Lee during the first half of an NCAA college basketball game in Spokane on Thursday. 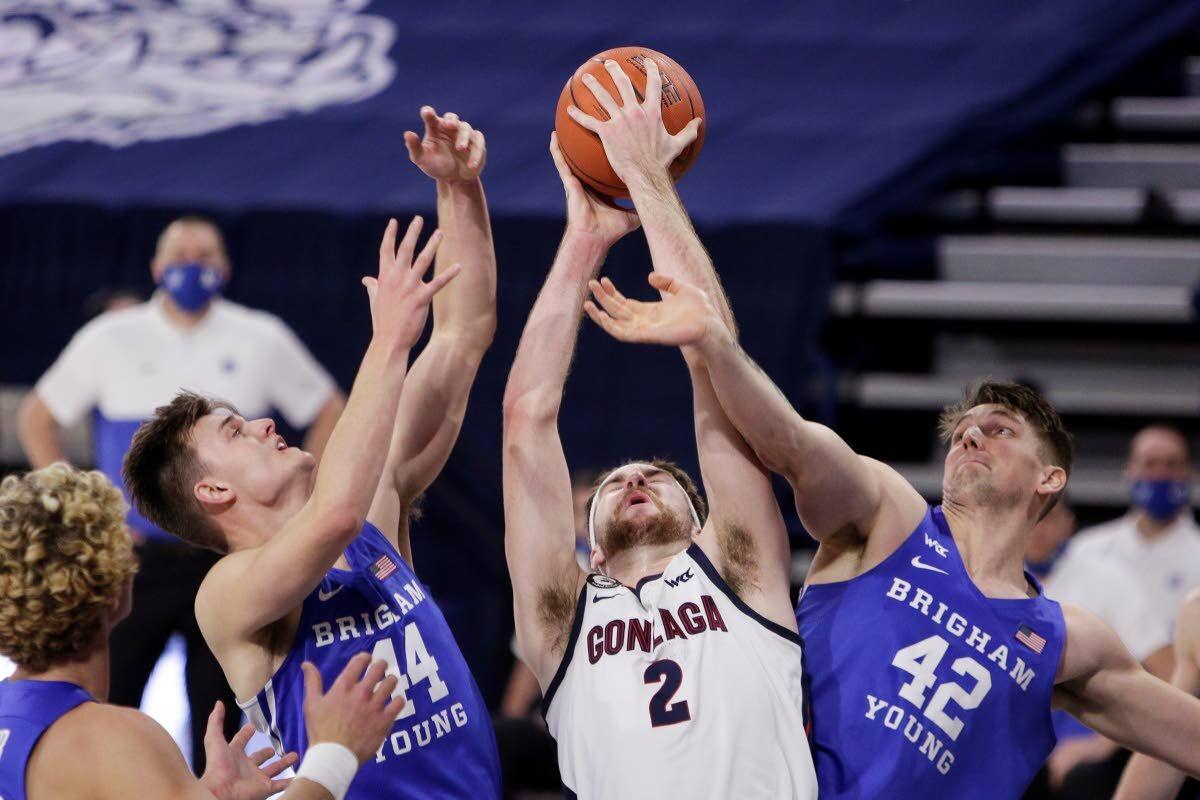 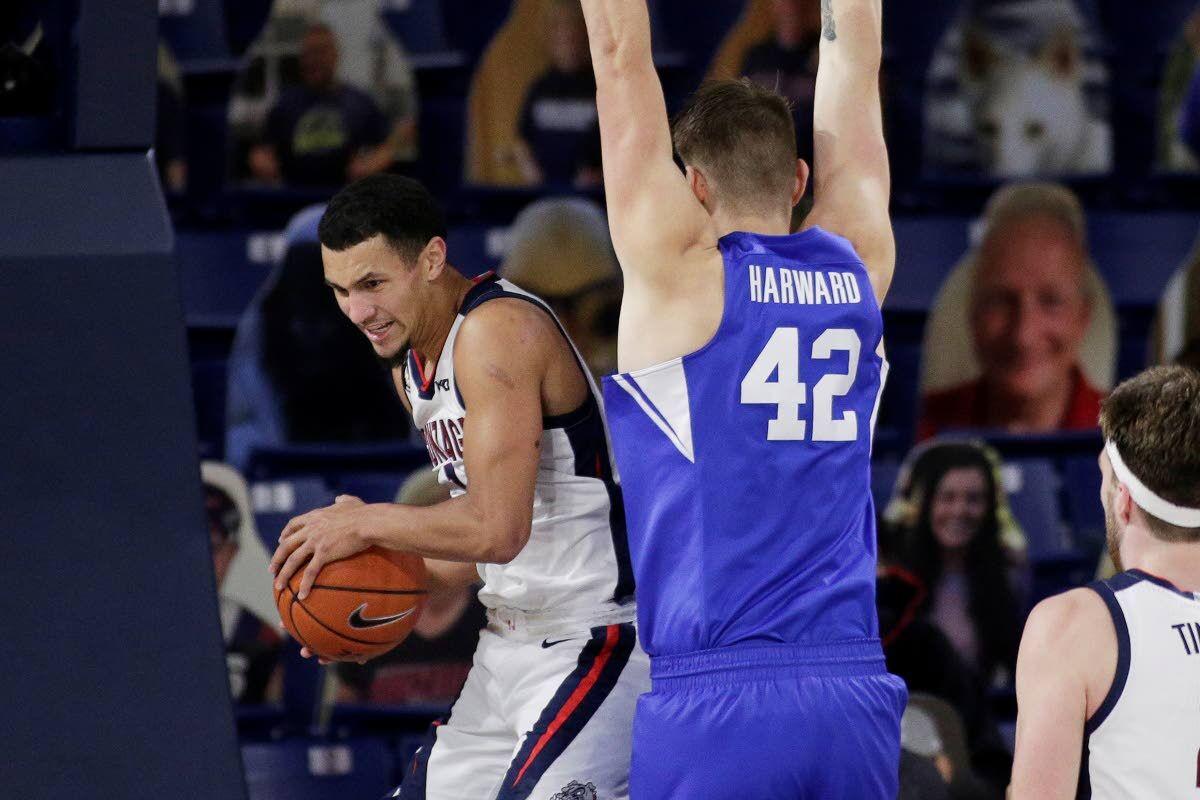 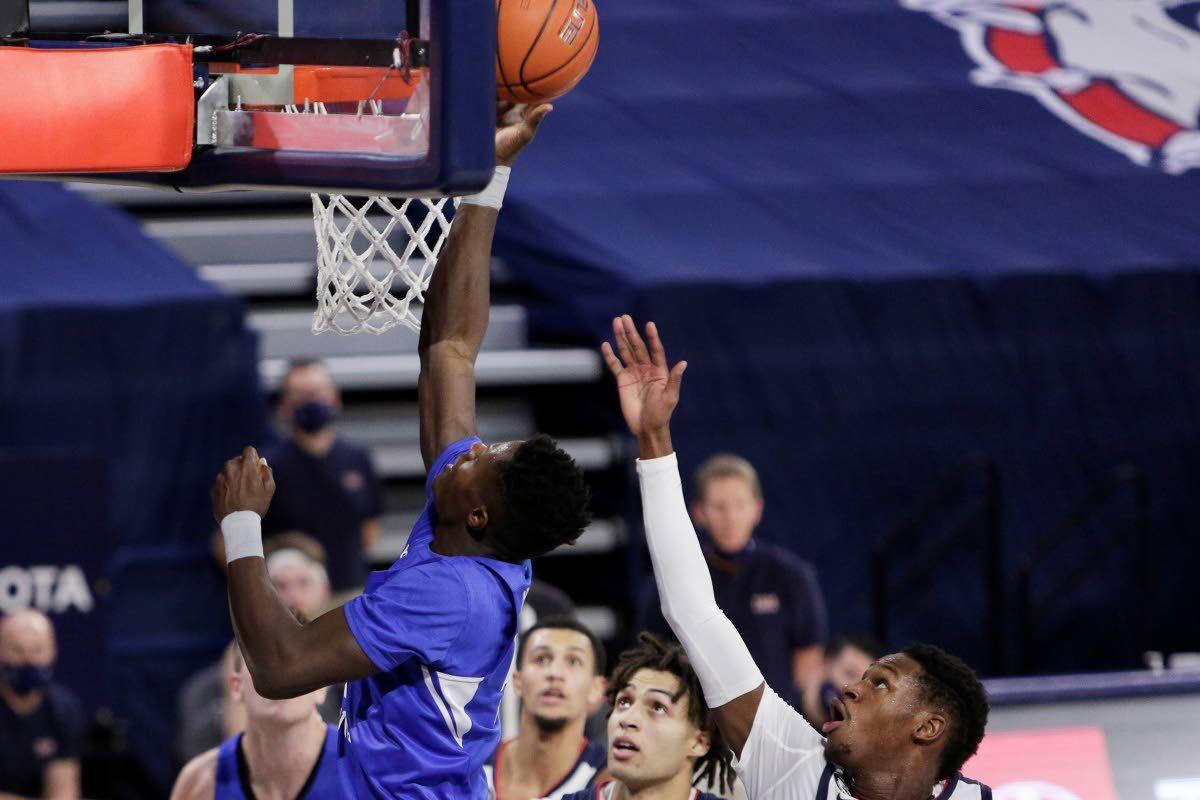 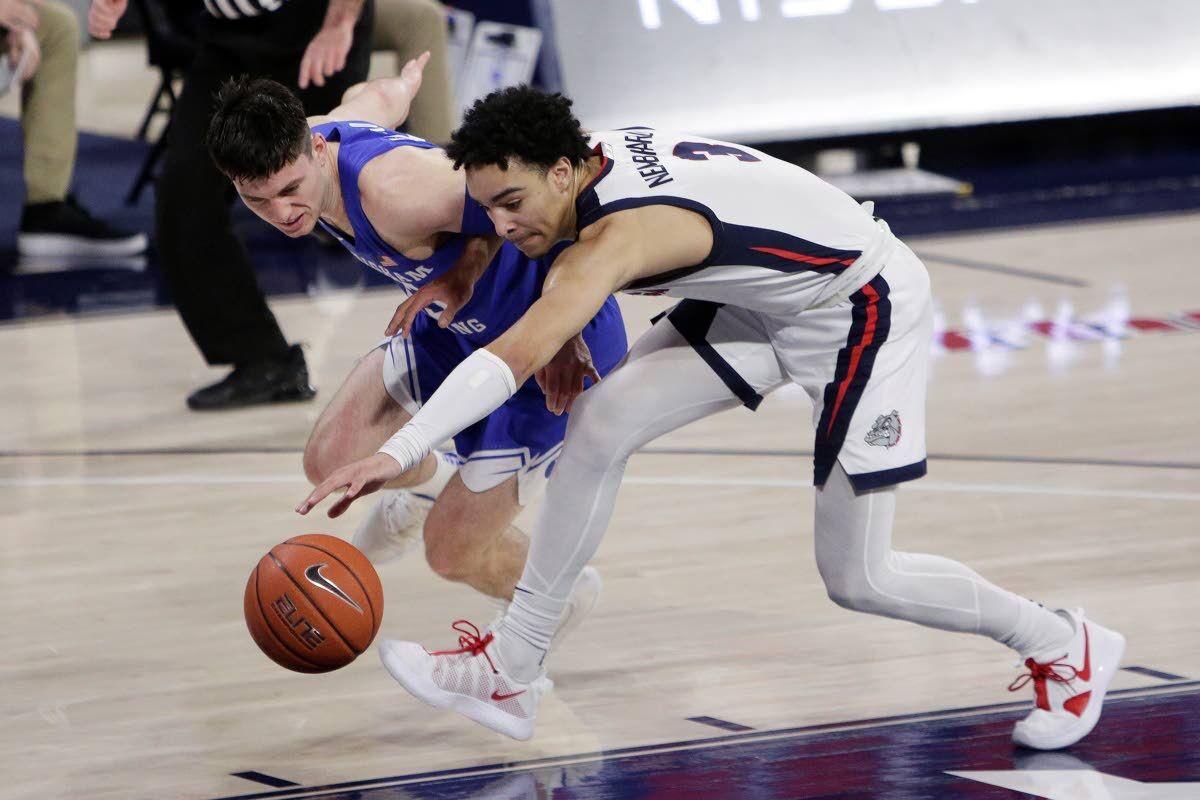 Associated PressGonzaga forward Corey Kispert, right, shoots over BYU forward Kolby Lee during the first half of an NCAA college basketball game in Spokane on Thursday.

SPOKANE — Jalen Suggs put up plenty of impressive numbers for No. 1 Gonzaga against BYU, but after the game, his coach and teammates wanted to talk about something that doesn’t always show up on the stat sheet — his passing.

Suggs had 16 points, five rebounds, five assists, four steals and a blocked shot as the Zags beat BYU 86-69 on Thursday.

“He has so many gifts and one of his greatest gifts is his vision,” coach Mark Few said. “You have to be very confident to be able to execute passes like that.”

Suggs, a freshman who played quarterback in high school, acknowledged that he takes pride in long, highlight-reel passes. He threw one nearly the length of the court that allowed Joel Ayayi to score.

“You always have a chance to impact a game by shutting down the other team’s best player,” Suggs said.

Corey Kispert scored 23 points as Gonzaga jumped to an early lead and coasted to victory in a hastily scheduled game after both teams lost their original opponents to COVID-19 issues.

Drew Timme and Andrew Nembhard added 12 points each for Gonzaga (11-0, 2-0 West Coast Conference), which won its 45th consecutive home game, the longest streak in the nation.

Matt Haarms and Caleb Lohner each scored 13 points for BYU (9-3, 0-1), which had not played since Dec. 23 after a pair of WCC games were postponed because of COVID-19. BYU was hurt by poor shooting most of the game.

Gonzaga was supposed to play Santa Clara on Thursday and BYU was scheduled to play Pacific. But both those teams had to drop out because of COVID-19 protocols, so Gonzaga and BYU decided to play each other a month early.

BYU’s long layoff was evident early, as the Cougars committed five turnovers in the first four minutes to fall behind 16-2. Gonzaga made seven of its first nine shots.

The Cougars made only two of their first 12 shots to trail 30-7 with just over nine minutes gone in the first half.

BYU finally found its shooting touch and Haarms scored seven points as the Cougars got within 32-16.

Lohner’s 3-pointer capped a 10-2 run and brought BYU within 39-26 with four minutes left in the first.

Gonzaga replied with a 13-0 run and led 52-29 at halftime, after holding BYU to 33 percent shooting and forcing 11 turnovers in the first. Five Zags scored at least eight points in the first, led by Kispert’s 11 points.

Kispert scored six points during an 11-2 second-half run that lifted Gonzaga to a 73-42 lead.

“On the defensive end we played 30 minutes of really, really solid basketball,” Few said. “They’re a good offensive team. ... We ball-hawked really well and swarmed to the ball really well.”

BYU coach Mark Pope did not speak to reporters after the game.

Five different Gonzaga players have won the WCC Player of the Week award in the first six weeks of the season. The latest is Ayayi, who recorded three double-doubles last week.

This was supposed to be one of the tougher games remaining on Gonzaga’s schedule and the Zags should remain on top of the poll if they win Saturday at Portland.

BYU: The Cougars are one of the few WCC teams that have enjoyed some success against Gonzaga in the past decade. Gonzaga’s last loss was at BYU last February. In 2017, BYU beat Gonzaga at home to end the Bulldogs’ 29-0 start.

Gonzaga plays at Portland on Saturday.