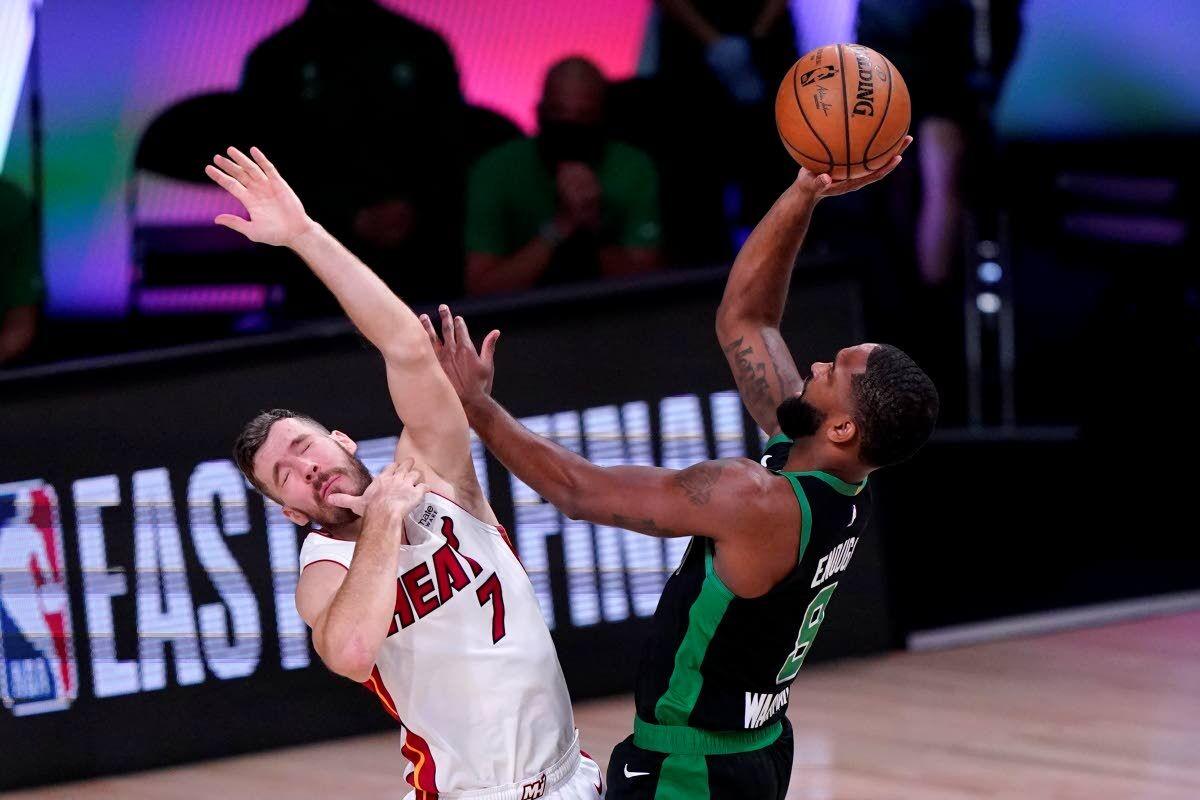 Associated PressHeat guard Goran Dragic (7) is knocked backwards on a shot attempt by Celtics guard Brad Wanamaker (9) during the first half of an NBA conference final playoff game on Thursday in Lake Buena Vista, Fla. 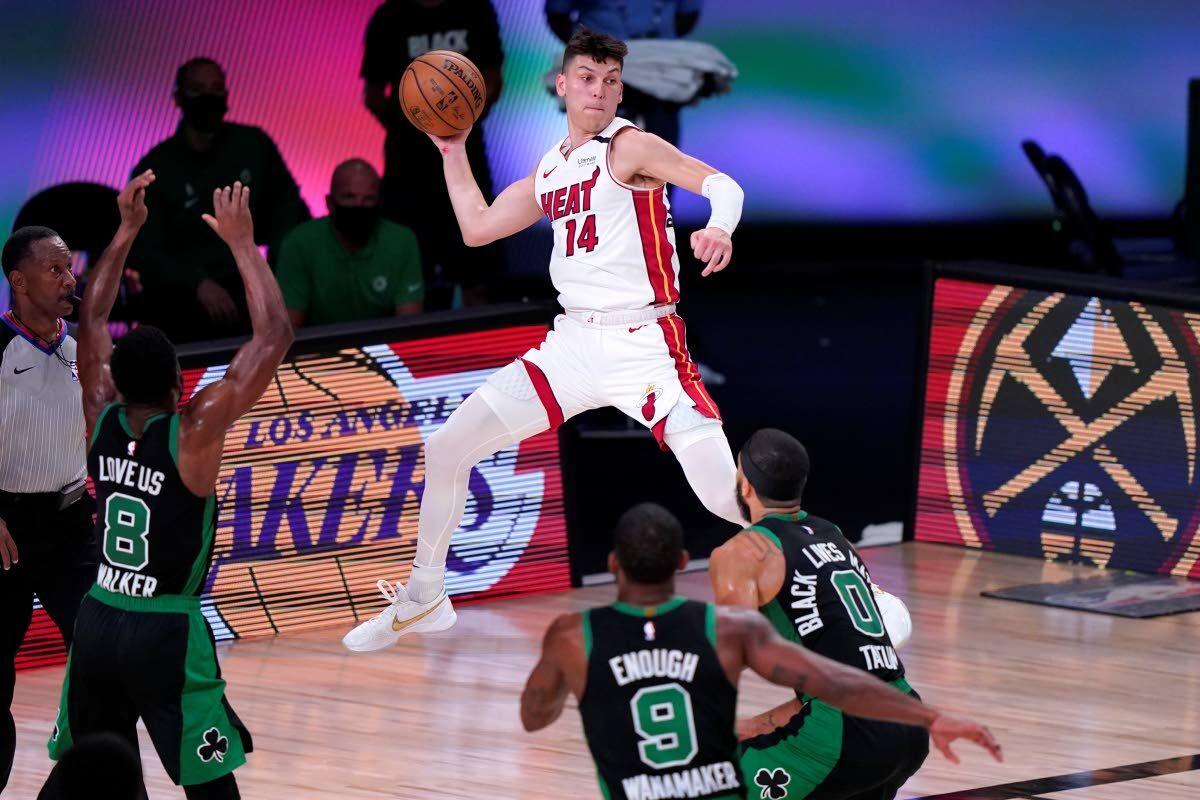 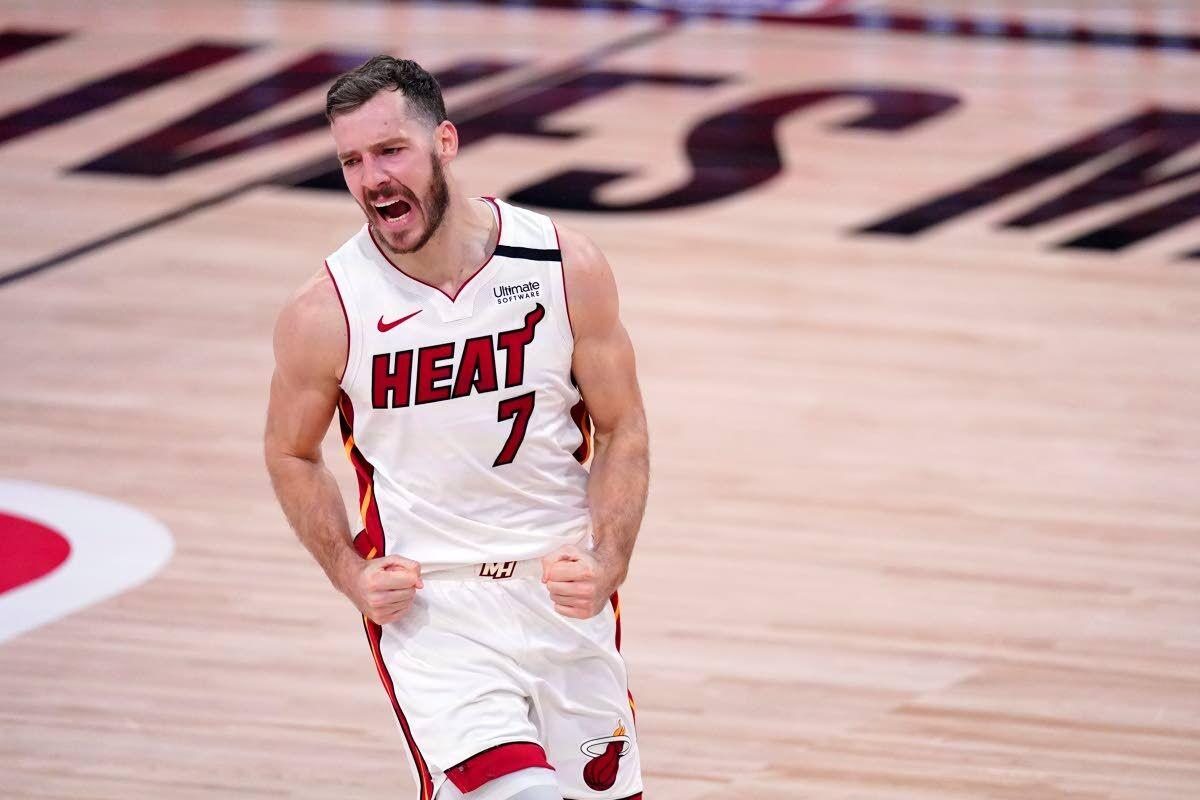 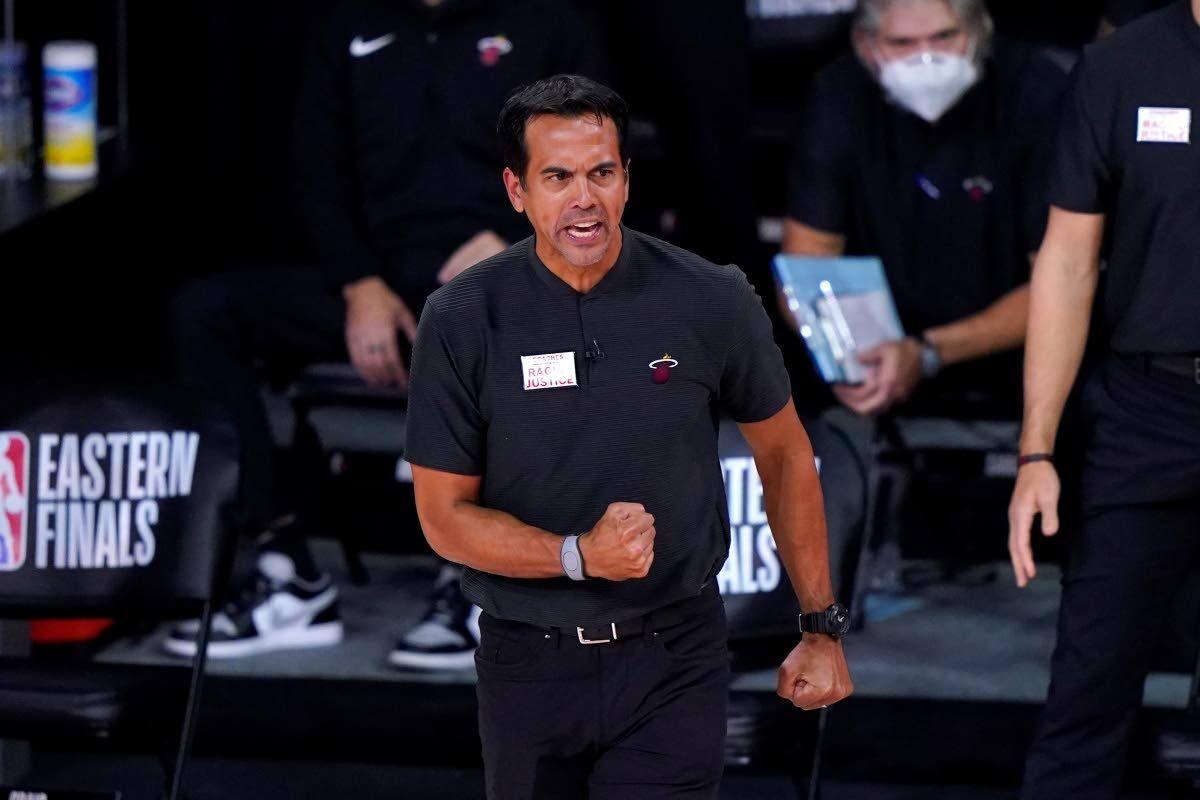 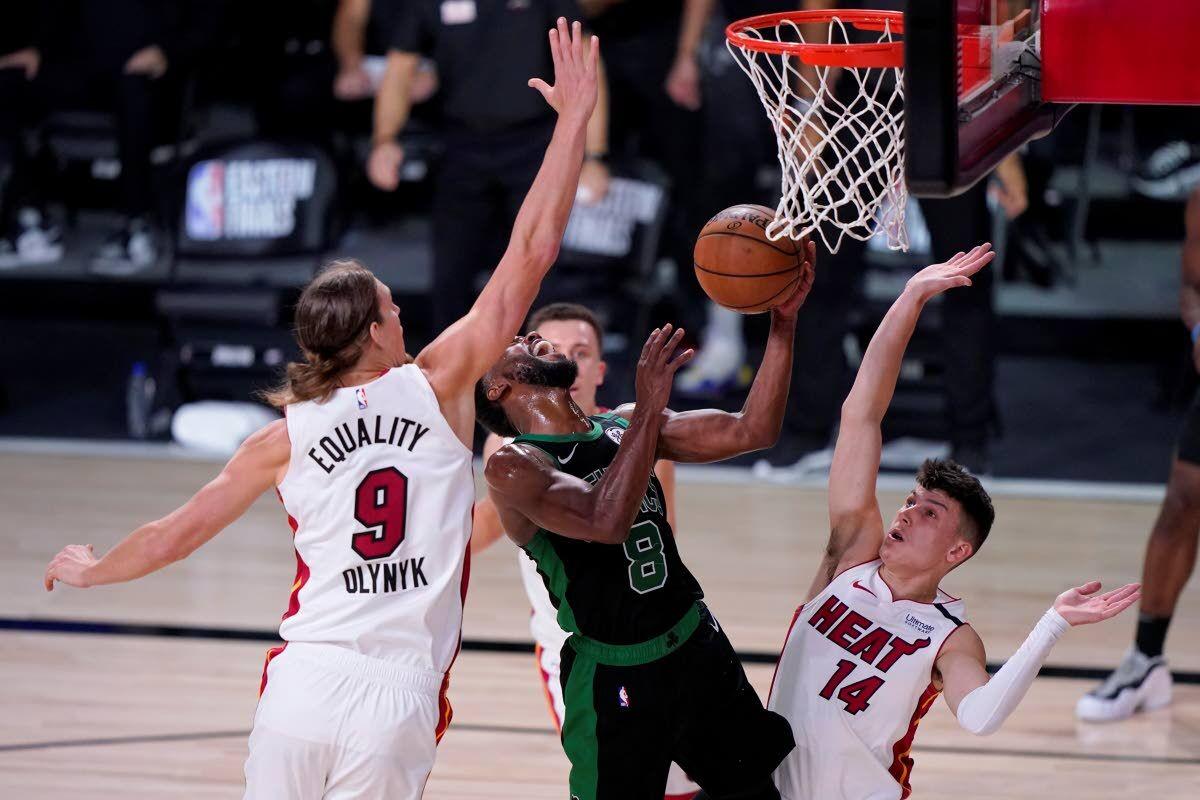 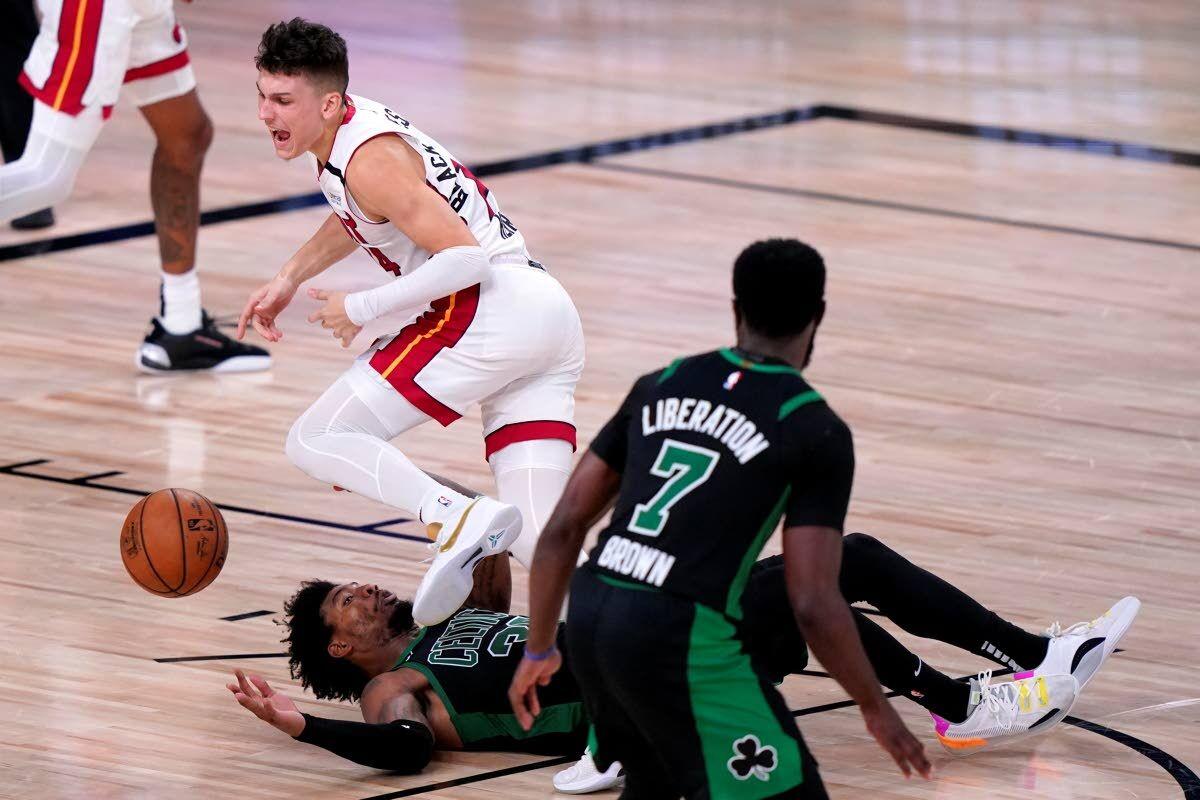 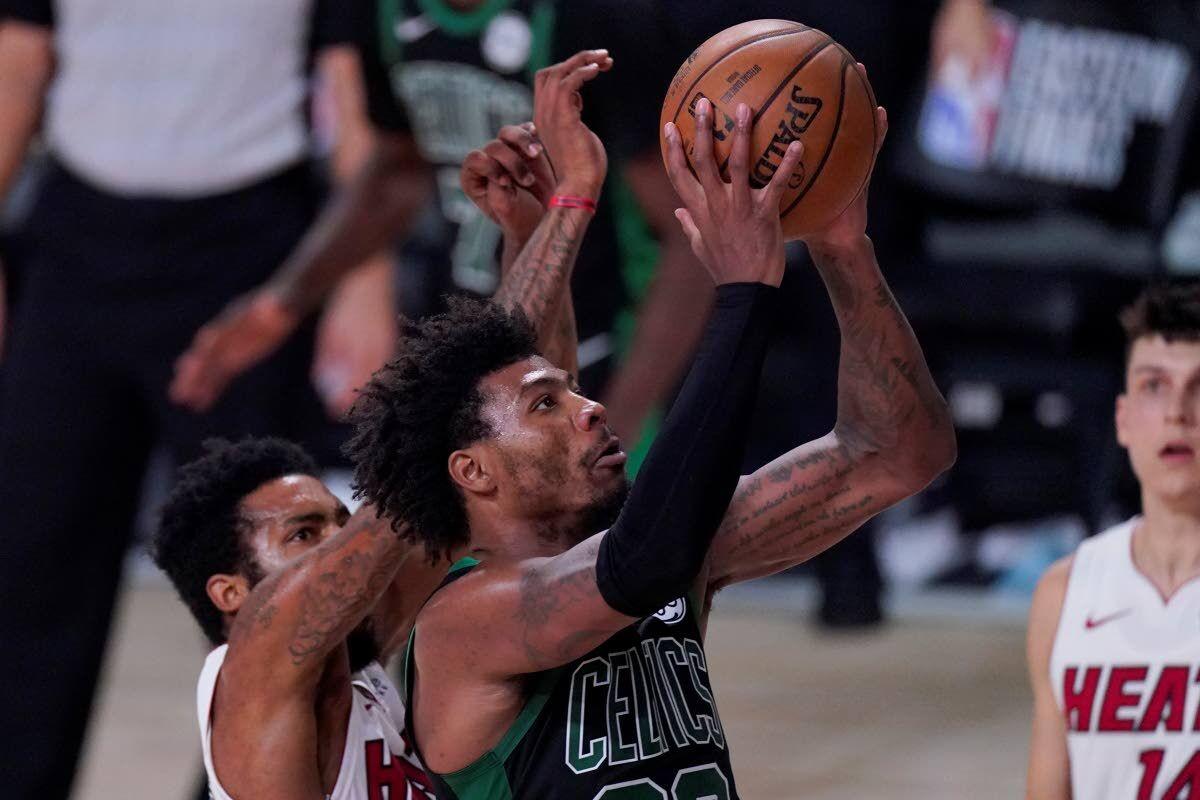 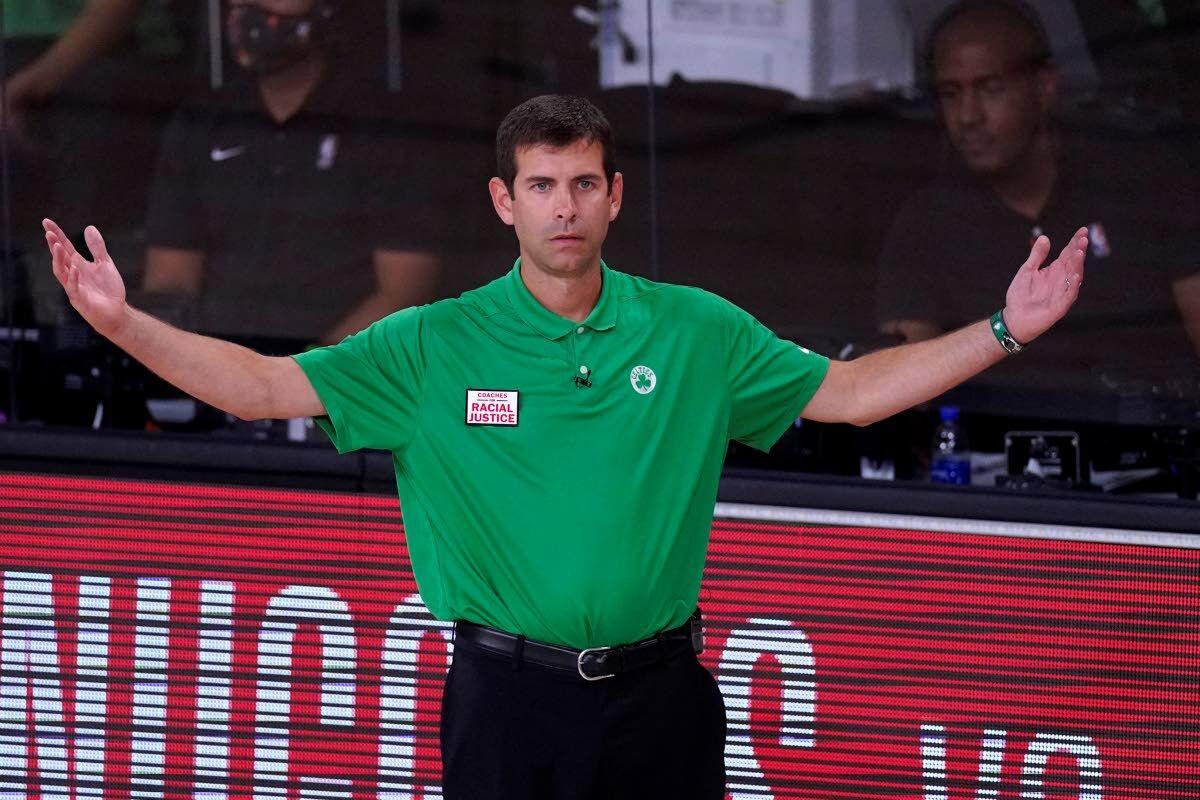 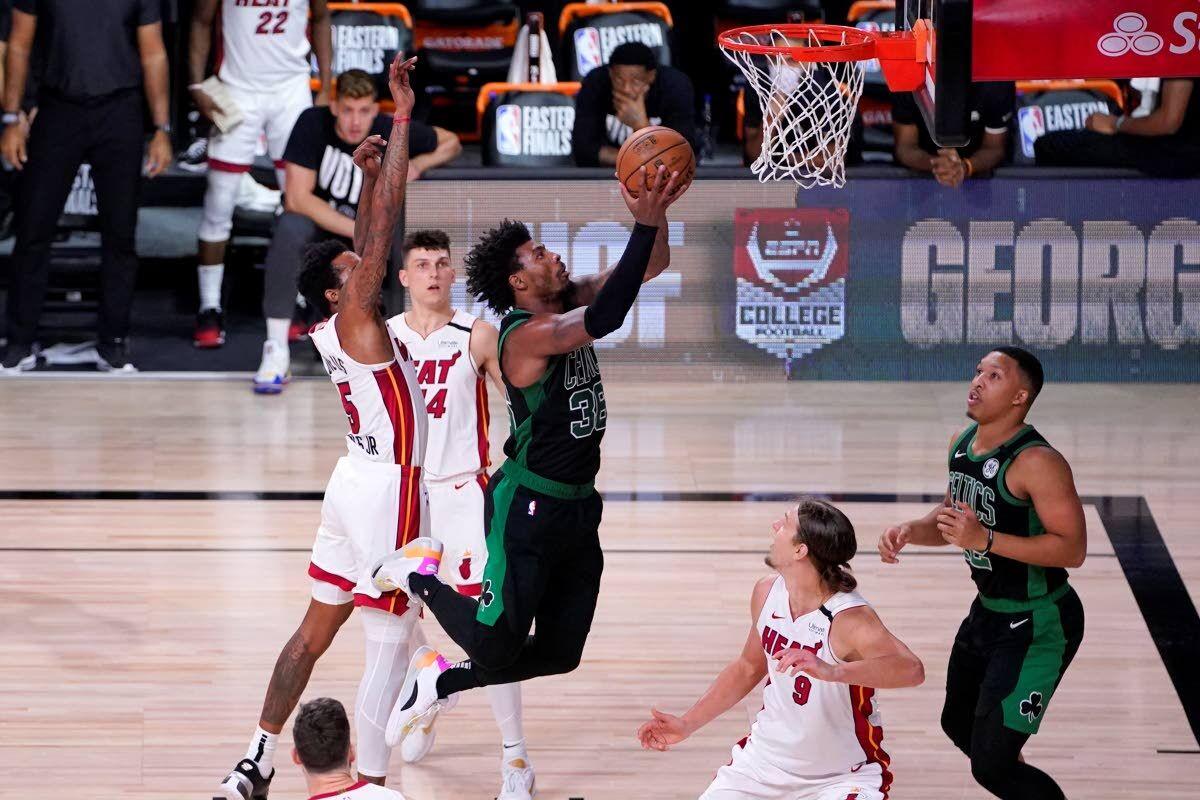 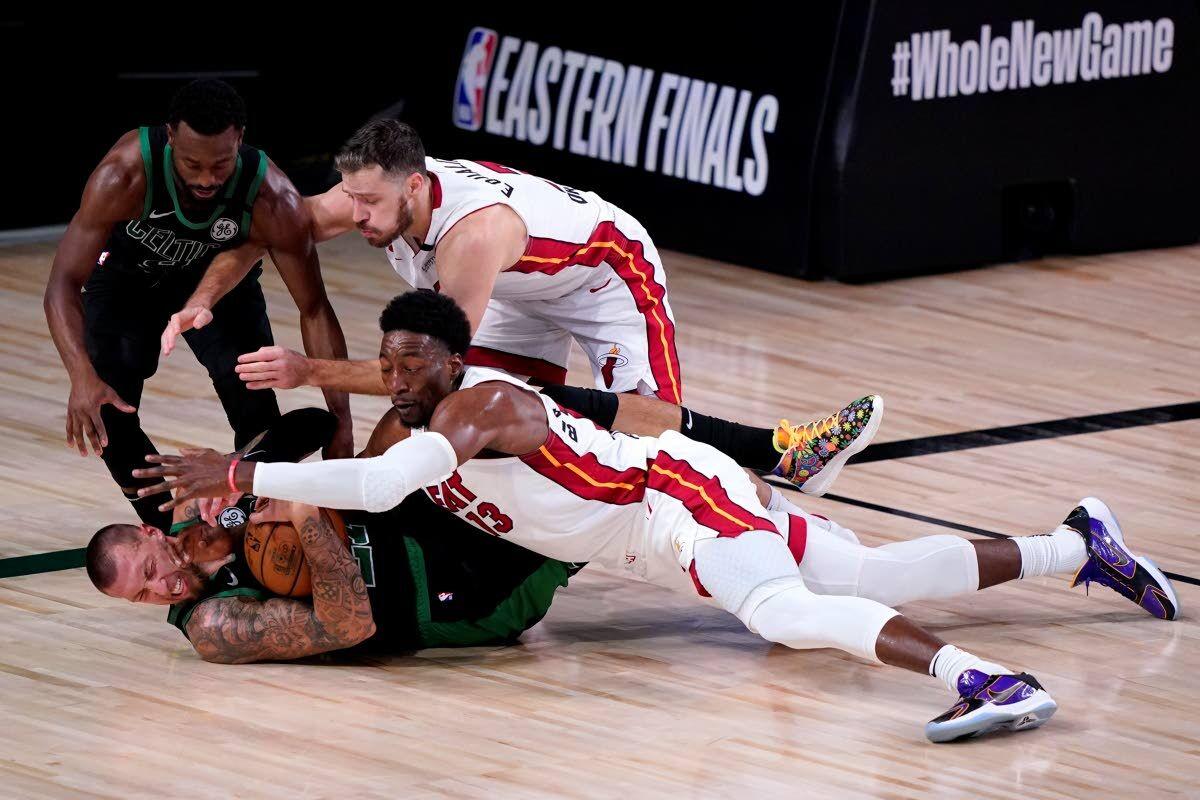 Associated PressHeat guard Goran Dragic (7) is knocked backwards on a shot attempt by Celtics guard Brad Wanamaker (9) during the first half of an NBA conference final playoff game on Thursday in Lake Buena Vista, Fla.

Down by 17 in Game 2, they did it again Thursday night. And after making the Boston Celtics lose another big lead on the court — as well as their cool in the postgame locker room — the unheralded Heat are two wins away from the NBA Finals.

Goran Dragic scored 25 points, Bam Adebayo led a big third-quarter rally to finish with 21, and the Heat pulled off another comeback to beat the Celtics 106-101 and take a 2-0 lead in the Eastern Conference finals.

Duncan Robinson scored 18 points, Jimmy Butler had 14, Jae Crowder 12 and Tyler Herro 11. The Heat were down by 17 in the second quarter and trailed by 13 at halftime.

They had been 0-21 in playoff games when trailing by at least that many at intermission. They’re 1-21 now, and two wins away from their first NBA Finals since 2014.

“We like to make it hard on ourselves,” Butler said. “We like being down double digits and being the comeback kids.”

Kemba Walker had 23 points for Boston, which got 21 apiece from Jaylen Brown and Jayson Tatum. Brown missed a corner 3 that would have tied it with 15 seconds left, and Butler sealed it with two free throws with 7.4 seconds remaining.

The Celtics had a loud, animated conversation in their locker room postgame, the walls unable to hold in the sound. They tried to downplay whatever was happening afterward.

Added Tatum: “We’re frustrated. But that’s team sports. Not supposed to be happy we’re down 0-2. But that’s nothing out of the ordinary. Just talking about the game. It’s cool.”

Dragic — playing on the third anniversary of his fondest basketball moment, leading Slovenia to the European Championship — scored nine points in the fourth quarter.

“Feels exactly the same,” Dragic said, when asked to compare Slovenia’s gold to the Heat win. “A great day.”

The Heat took a 2-0 series lead for the 11th time in coach Erik Spoelstra’s tenure. They’ve won all previous 10 instances.

The Heat got in big trouble in the series opener by scoring 18 points in the first quarter and 16 points in the third. In Game 2, another 18-point quarter — the second — sent Boston into the half up comfortably, 60-47.

And then it all changed.

Miami outscored Boston 37-17 in the third quarter, with Adebayo — the defensive hero of Game 1 — outshooting and nearly outscoring the Celtics by himself. Boston went 4 for 12 from the floor in the quarter, Adebayo went 7 for 8 on his way to a 15-point period and the Heat led 84-77 when it was over.

“We pulled apart and we didn’t play well,” Celtics coach Brad Stevens said. “And they did a good job. We’re not beating this team if we’re not completely connected on both ends of the court. So, got to get back to being that, which we’ve been at times. But right now, they’re a better team. We’re going to have to fight to get back in this series.”

They showed some fight in the fourth. The Celtics went on a 15-2 run, silencing the Heat for nearly seven minutes and going up 94-89 on a 3-pointer by Walker with 4:25 left.

That only set the stage for another Heat rally: Miami finished the game on a 17-7 run.

Heat: Miami’s 20-point differential in the third quarter was a Heat record for that quarter in the playoffs, and the sixth time in Heat playoff history they outscored an opponent by at least 20 in any quarter. ... Robinson, who had been 2 for 9 on 3’s in his last two games, made four in the first quarter and six in the game. ... Andre Iguodala couldn’t play after halftime with back tightness.

Celtics: Gordon Hayward (ankle) remained out. ... Enes Kanter and Romeo Langford got first-quarter minutes after not playing in Game 1, but Langford left after about a minute with an adductor strain. Kanter had nine points and six rebounds in eight first-half minutes.

There will be a break between Games 3 and 4. Game 3 is Saturday; Game 4 won’t be until Wednesday.

Roughly 100 students and alumni from more than 60 historically black colleges and universities got to watch (through the video screens) as part of the NBA’s HBCU Virtual Fan Night. They also held a question-and-answer session with Philadelphia forward and Norfolk State University alumnus Kyle O’Quinn at halftime.