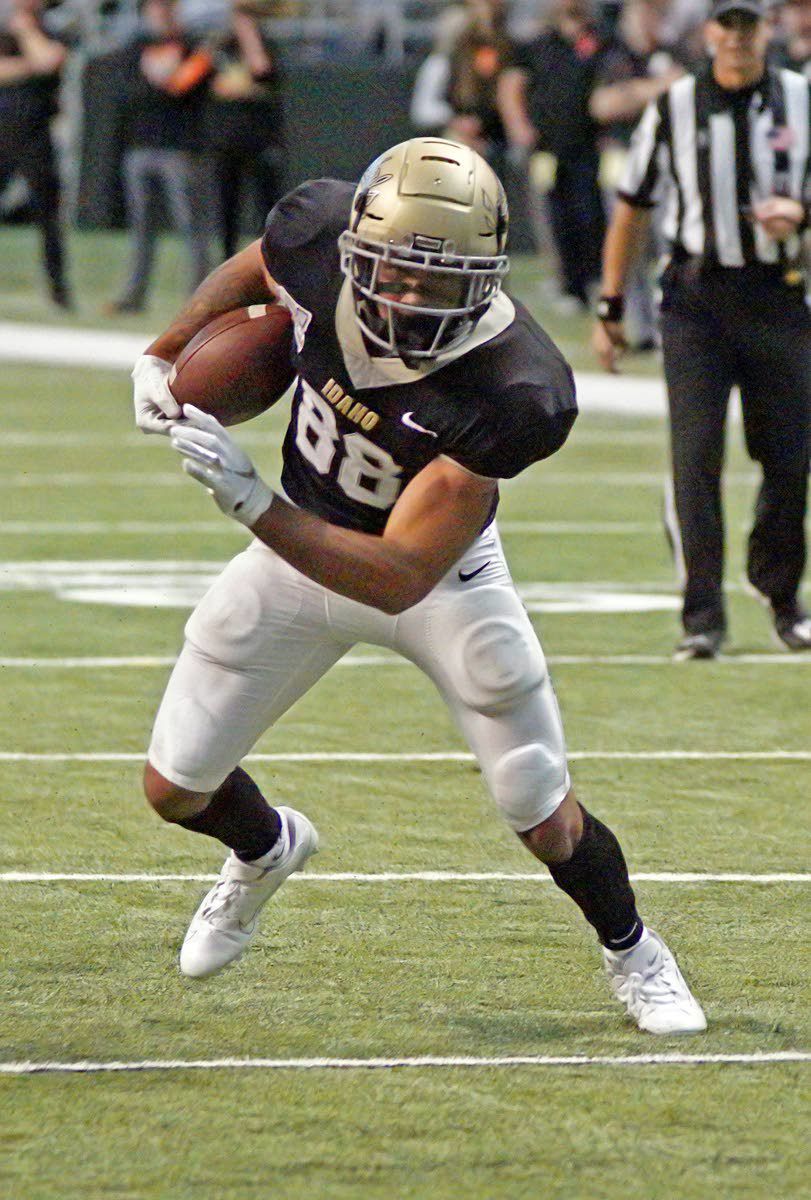 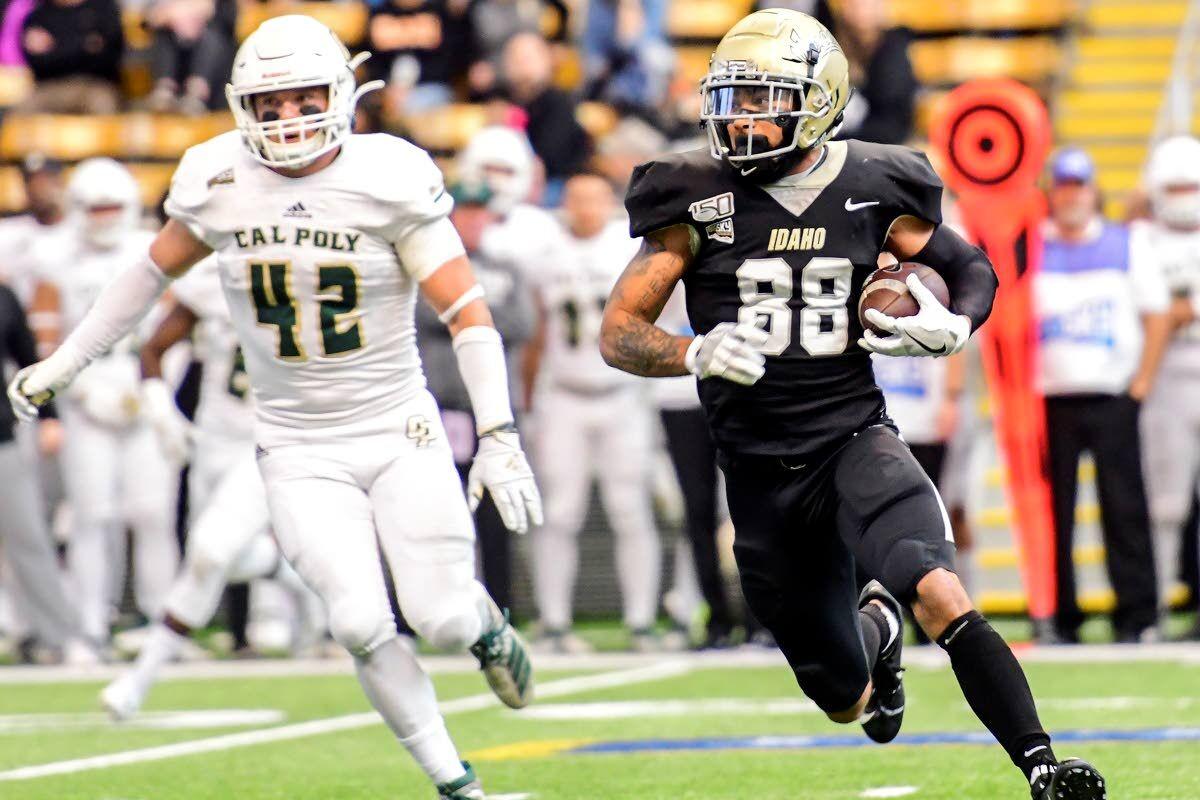 When Jeff Cotton’s phone rang about 30 minutes after Saturday’s NFL draft ended, “it was more relief” than anything.

Surrounded by loved ones in his family living room, Cotton — a record-breaking wide receiver at the University of Idaho (2018-19) — heard from his agent that he was to be signed by the Los Angeles Chargers as an undrafted free agent.

“It was frustrating watching the draft,” said Cotton, a third-team AP All-American in the Football Championship Subdivision who many claimed was the classification’s most dominant pass-catcher. “When it was coming toward the end, I was starting to doubt.

“That’s gonna motivate me for as long as I play. I was just praying through the process. I’m gonna trust in God’s plan, and be ready.”

It’s what a Chargers scout told Cotton over the phone: “Prove everyone wrong.”

The 6-foot-2, 205-pounder from Tucson, Ariz., is used to that. Beginning his prep career at a run-first high school, he wasn’t heavily recruited until his senior season. He found his way to a nearby junior college, Pima CC, and made himself an honorable-mention juco All-American wideout as a sophomore. But a late graduation left him concerned about his college prospects.

Cotton said the Chargers were one of three teams heavily pursuing him. They had their attention attracted around the time of the Hula Bowl showcase in late January. Cotton didn’t record any catches at the Hawaii event — his quarterbacks didn’t help much, objectively speaking — but nonetheless met with an L.A. scout.

“It was great to experience an environment like that, and play in front of scouts,” he said. “After the Hula Bowl, that’s when I realized they were showing a lot of interest in me.”

The Chargers told Cotton over the phone they were eager to test out his speed, which he says has improved considerably since he finished his UI career. Cotton said he ran a 4.39 40-yard dash — a bump above the WR NFL combine average — at his pro day last month in Missoula, Mont.

“They need speed. They had a scout that actually knew I had speed, and a lot of others probably didn’t,” he said. “He knows I had it, so he said, ‘Come ready to play, and bring your speed.’ ”

Cotton isn’t personally familiar with anyone on the Chargers’ roster. He’ll most likely have a rookie quarterback throwing to him in Oregon’s Justin Herbert, the sixth overall pick. L.A. went 5-11 last year, but many analysts predict a return to relevance, considering the Chargers’ offseason spent beefing-up the roster. Cotton said his free-agent contract details haven’t yet been finalized.

And Cotton said distractions that might come along with playing pro ball in the City of Angels shouldn’t be a problem.

“I know who I am and what I want to accomplish,” he said. “So, I’ll keep my head on straight, and stay on the right path.”

At Idaho last year, Cotton led the FCS with 8.8 catches per game and was second with 114.1 yards per game. The All-Big Sky player missed two games with injury, but his 88 receptions still topped the league. He broke UI’s single-game receiving record in his Vandals finale, collecting 18 passes for 230 yards and two scores in a 60-53 overtime win at Northern Arizona. He ranks third in program history with 6.53 catches per game, 11th in catches (137) and 12th in total yards (1,797), while adding 14 touchdowns.