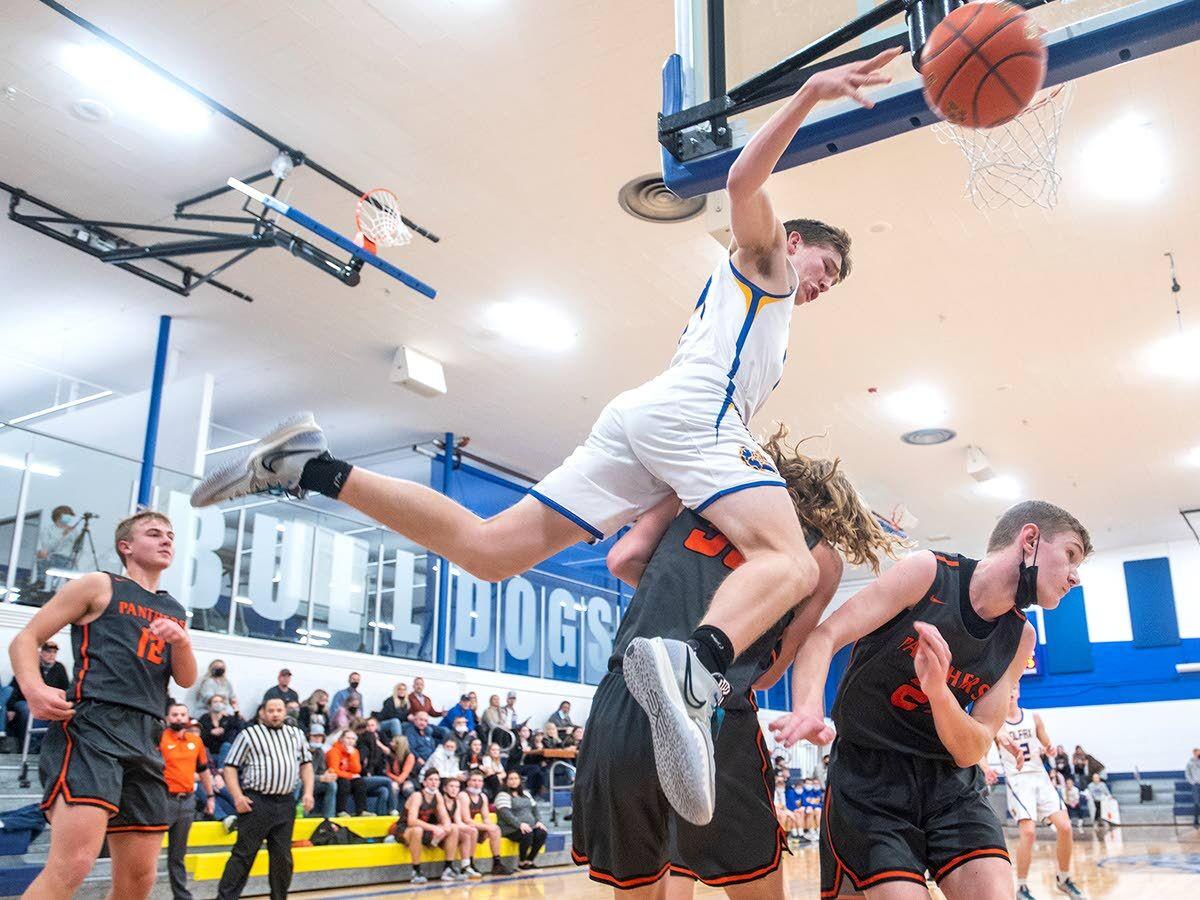 Zach Wilkinson/Daily NewsColfax’s John Lustig loses the ball while attempting to jump over Asotin’s Carson Benner during the first quarter of a Northeast 2B League game Tuesday night at Colfax High School. Lustig scored 22 points in a 77-43 victory. 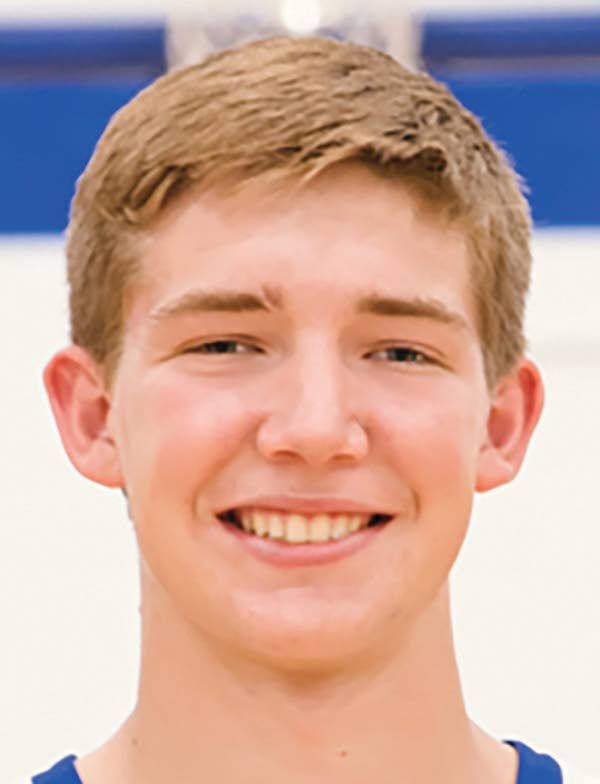 COLFAX — High school athletes put in the work during practice to become better players. What separates the good ones from the great is the work that no one sees.

Colfax boys basketball standout John Lustig can be found in the high school’s gym before anyone has arrived working on his craft.

“The other night we had a game, and school starts at 8:30 a.m., and I show up to my office at 7:30 a.m,” Colfax coach Reece Jenkin said. “Before I even got to my office, I passed John. He’s in the gym getting shots up before school starts.”

Lustig fully committed to basketball during his sophomore year of high school. And his grind doesn’t stop when the high school season is finished.

“There’s a gym down by my office and he’s there for a good two to two and a half hours,” Jenkin said. “I don’t know what a kid does in a gym for that long, but you walk in while he’s been working for an hour and he has cones set up and he’s dripping in sweat.

“There’s a reason that kid is as good as he is. He’s been blessed with God-given ability, and his work ethic is second to none.”

Lustig likes the atmosphere of being alone in the gym.

“Team practice is more just team-oriented,” Lustig said. “When I want to get the individual work done, I need to find the time. Whether that be before practice or before school because whoever puts in the most hours is going to come out on top.”

The extra work is easier for Lustig because of his love for the game.

“It doesn’t take much for me, because I want to improve so bad and I want to win so bad,” he said. “A lot of people see the number of hours I put in and they think I’m weird, but I feel like it’s expected if you want to be great at something. Plus, it’s basketball, I don’t get bored playing basketball.”

Lustig already has committed to play at Lewis-Clark State College starting in the 2022-23 season. He had received offers from other NAIA schools, but LCSC seemed like the best fit.

“After talking to my family, I thought L-C was the best option for me,” Lustig said. “They were recruiting me the hardest out of anybody and they believed in me since Day 1.”

“He’s always had that belief in me,” Lustig said. “We just built a really good relationship and he really sold LCSC to me. I’m excited to see what I can do there.”

Once Lustig finished his first visit, he got excited about when and how long he can spend in the gym.

“One of the things he’s most excited for is that he can get shots up at midnight,” Jenkin said. “He came up to me and told me he can get into the gym anytime he wants, and I know he will. He has a desire to be great. He doesn’t just talk about it, he is about it.”

Although Lustig is the top scorer for the Bulldogs, who are 8-2 overall this season, he’s always there to support his team, Jenkin said.

“It’s really fun to watch him interact with his teammates,” Jenkin said. “There’s a healthy respect between him and his team. Some would think his success would cause some jealousy, but it doesn’t. Collectively, we all have one vision and everyone has bought in. There’s a lot of love there.”

Lustig’s impact on the court has found its way to the youth players in Colfax.

“My youngest son is a third-grader, and they were handing out jerseys,” Jenkin said. “One of the kids on the team said he wanted to be 14 because he wanted to be John Lustig. That’s a special thing to see. The youth sees the example that he’s setting, and it goes to show if you have goals and high aspirations, that those things are attainable.”