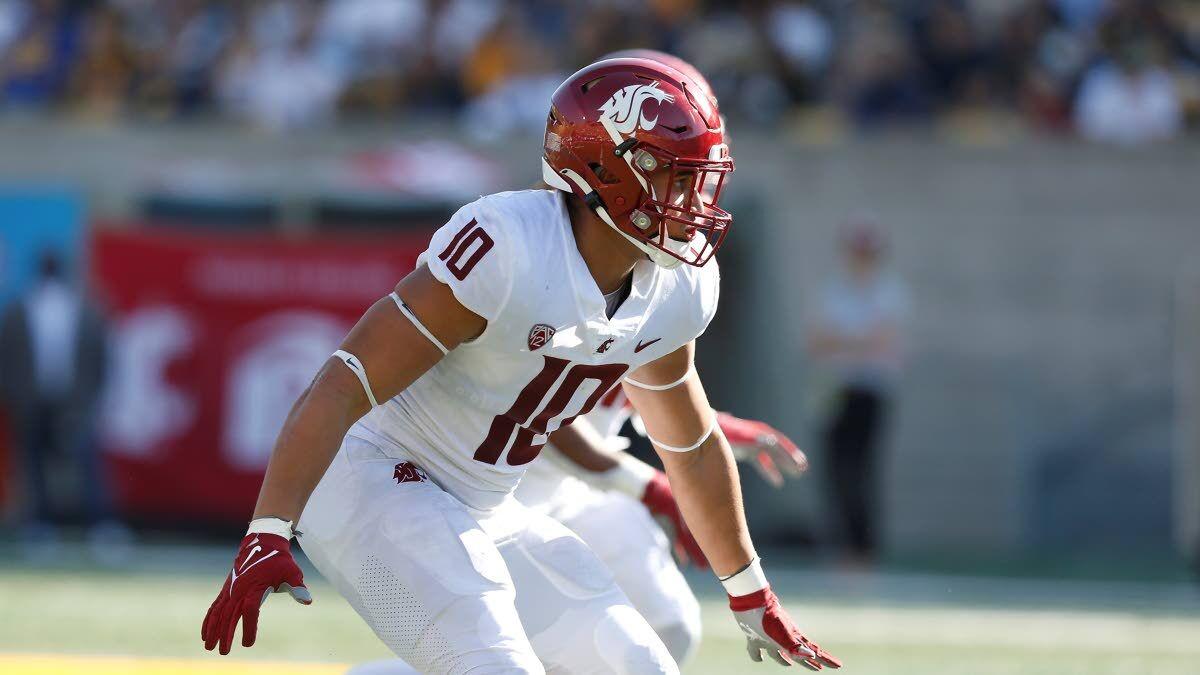 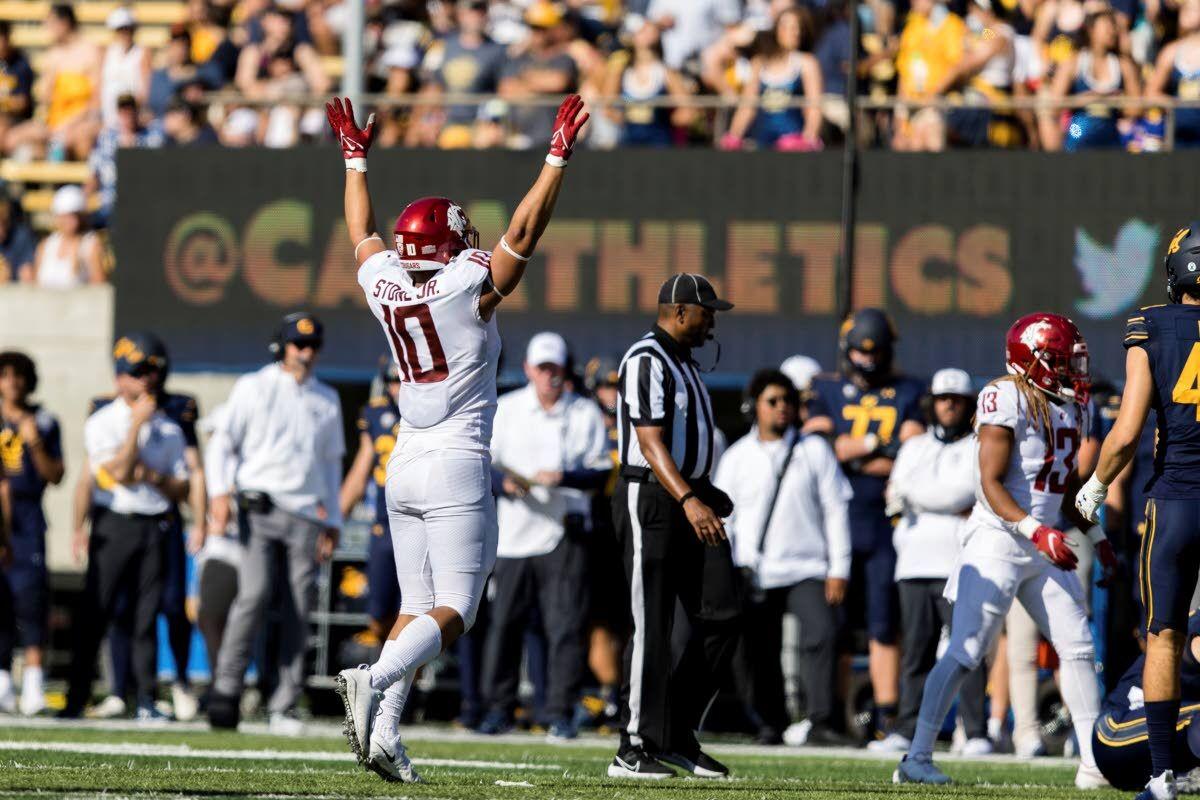 In recent weeks, edge rusher Ron Stone Jr. has emerged as a difference-maker for the Washington State defense. In the Cougars’ 21-6 win at California last week, he filled the same role for the punt unit.

With the Cougs leading 7-6 in the first quarter, their second offensive possession stalled at their 29-yard line and they brought out Nick Haberer, the true freshman punter from Australia who’d never played football at any level before this year.

Things had been going smoothly all season for the Aussie, and he’d shown some creativity in his directional punts. This time, he held the ball too long as he angled right. When he finally got the kick away, Cal’s Nick Alftin emphatically blocked it.

But Stone, one of the upbacks, immediately noticed the mishap, and the 240-pound junior scooped up the ball and rumbled 7 yards for a first down. Haberer was one of the first to give him a congratulatory embrace.

Stone’s alert play was pivotal in terms of momentum. From there, Cougars marched downfield and scored on a sensational touchdown catch by Calvin Jackson Jr. that became a staple on national highlight reels that day. And the Wazzu D then shrugged off some early missteps and dominated the rest of the way, with Stone and his fellow edge rushers setting the agenda.

Cougars defensive coordinator Jake Dickert was asked Tuesday if he was afraid of losing Stone to the running back room.

“Absolutely not,” he said, smiling. “Trust me, he ran 8 yards and he was winded.”

That didn’t stop Stone from exaggeratedly pumping his arms as he sprinted back to the WSU sideline.

Dickert said he was too consumed with coaching on the sideline to see Stone’s fumble recovery in real time.

After the game, my wife asked me, ‘Did you see the offensive play?’ he said. “No, I never see it. Even when they’re punting, we’re adjusting, we’re talking about things. And just in the headphones, it’s like ‘Oh, punt block! Be ready!’ Then all of a sudden I look up and I see RJ streaking down the sideline. Then I see it later. It was a great heads-up play.”

Special teams coordinator Kyle Krantz “prepares them for those moments and he was ready for it,” Dickert said.

Transfer receiver Lincoln Victor seems to be the Cougars’ specialist at trick plays, drawing on his background as a quarterback. But he’s still waiting for one to work as planned.

On fourth-and-1 at Utah on Sept. 25, the junior walk-on motioned from his slotback spot while quarterback Jarrett Guarantano called signals from a shotgun formation. Victor then pivoted into a conventional under-center position, took the snap and tried a sneak. But he was stopped shy of a first down.

On first-and-10 in the second quarter at Cal last week, the Cougars tried a reverse pass, with Victor heaving downfield on the run for Donovan Ollie. But Ollie was well covered and the ball fell incomplete.

Victor was a star quarterback at Union High School in Camas, Wash. He played for coach Nick Rolovich at Hawaii in 2019 and joined him two years later at WSU. He has six receptions this season.

De Laura, the Cougars’ stylish sophomore quarterback, often wears a streak of color in his dark hair, and the color varies. For the Cal game, it was pink, and de Laura said Tuesday he was acknowledging Breast Cancer Awareness Month, which began Friday.

He said two of his aunts are cancer survivors.