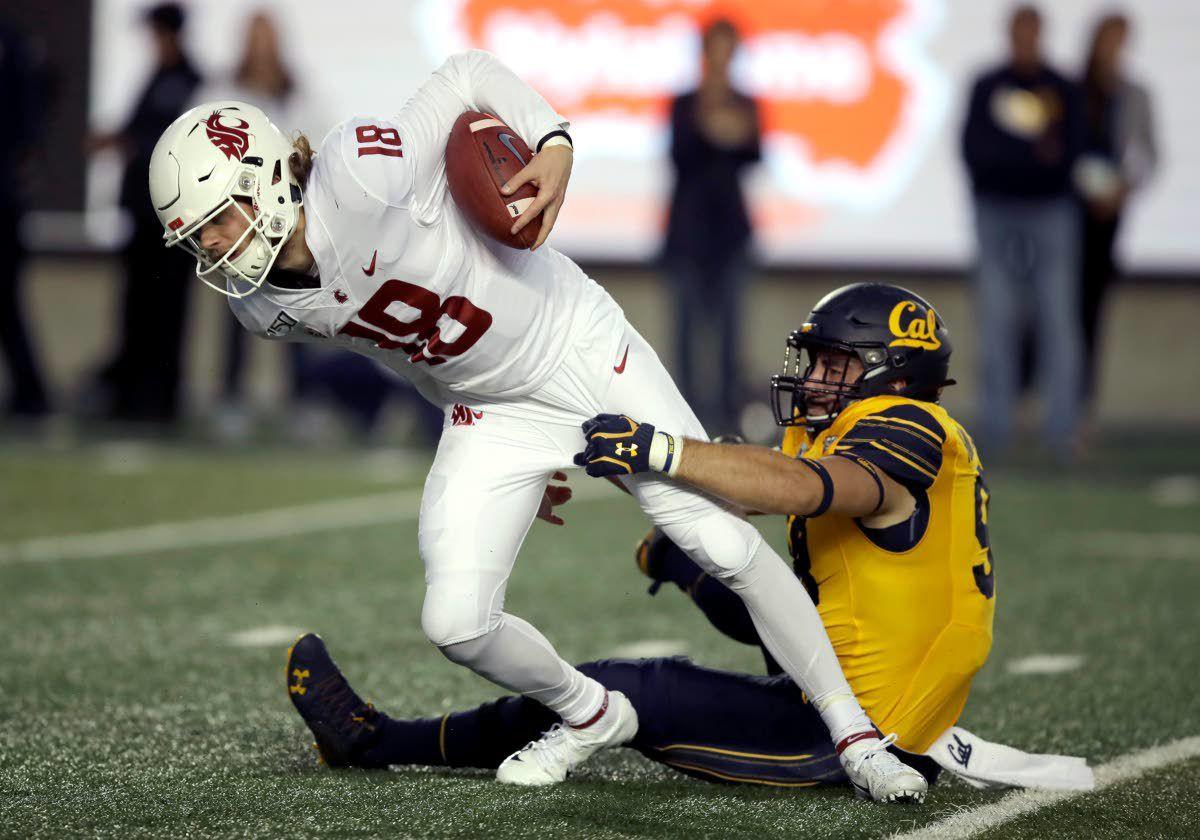 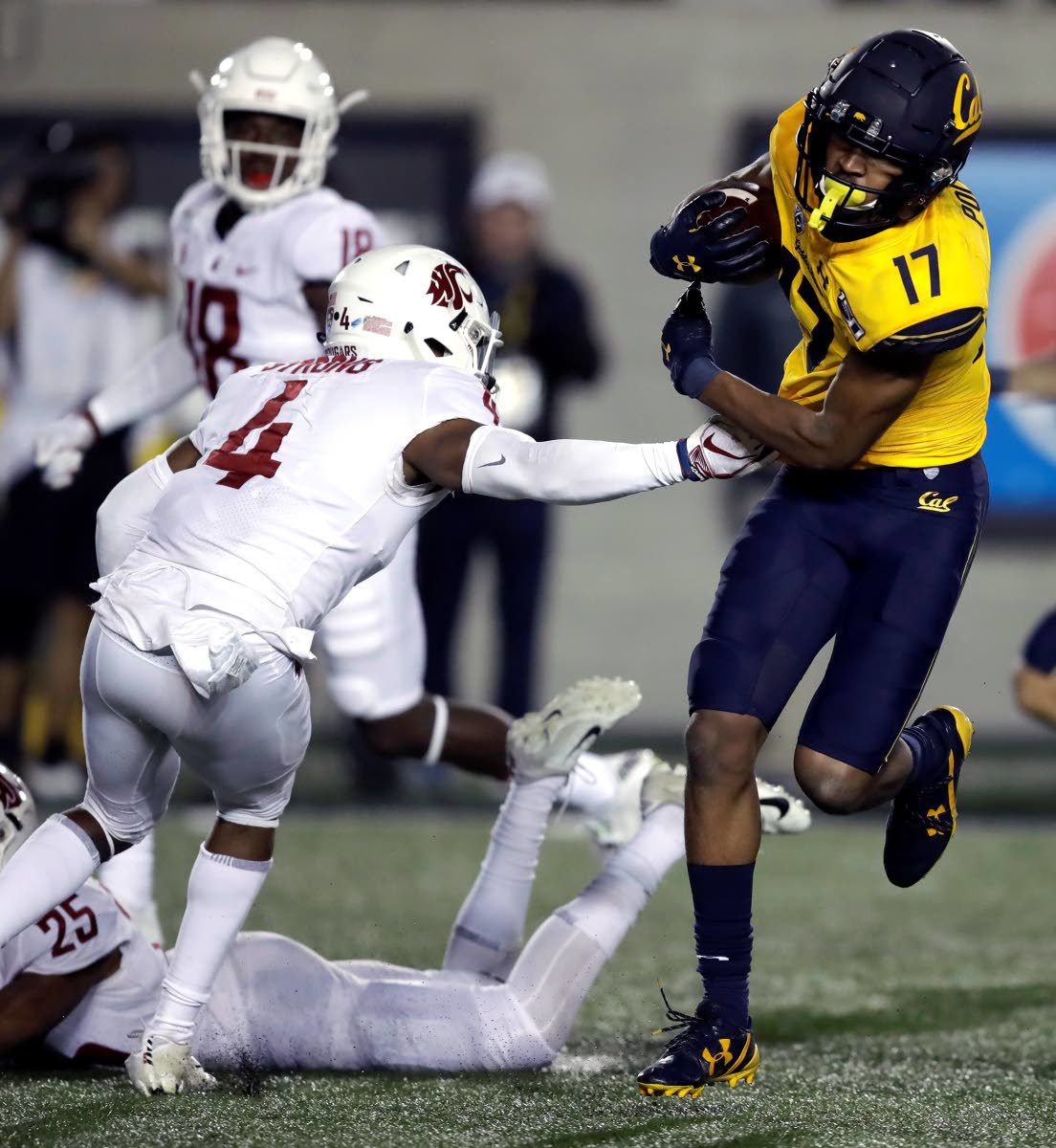 The Cougars again struggled with California’s formidable defense, trailing from the opening minute and indeed averaging five points per quarter Saturday in a 33-20 loss that kept them winless in Pac-12 road games.

The Cougars (4-5, 1-5 Pac-12) mustered only one touchdown until the final five seconds, marking the third consecutive year their Air Raid offense has been stifled by the Bears (5-4, 2-4), who in this case were 7½-point underdogs and had lost four straight games.

“We’re not very tough,” WSU coach Mike Leach said. “We didn’t play as hard as Cal did. ... We weren’t as committed as Cal was as far as executing well. As a result Cal played better. It meant more to them than it did to us, and they proved it.”

After falling to 0-4 in conference road games, the Cougs need to win two of their remaining three games to keep alive their streak of four straight bowl appearances.

Asked how he planned to deliver his message to players, Leach said, “We as coaches think about that, talk about that, all the time and somehow we failed to reach the group. Our team leaders, they’re either frauds or they haven’t reached the group either.”

In a bizarre opening minute, WSU’s Anthony Gordon was intercepted by Jaylinn Hawkins, and Cal immediately scored on a 27-yard run by Christopher Brown Jr.

Cougar nose tackle Misiona Aiolupotea-Pei then blocked the point-after attempt and cornerback George Hicks III caught the ball on the fly and flew 98 yards for a two-point conversion for Wazzu.

The game normalized from there. But for the Cougs against Cal these days, normal isn’t good. They had edged the Bears in 2018 in Pullman, but this game at times resembled their 37-3 loss in Berkeley two years ago.

“I saw a group that gave up explosives, that breathed a sigh of relief when they would get them to thrid down, and then let them off the hook on third down,” Leach said. “So really I thought they were congruent with everybody else.”

Gordon was 45-for-58 passing for 407 yards, two touchdowns and one interception, completing 19 straight at one point.

But in each half, the Cougs failed to crack the goal line until the final minute. They turned the ball over on downs twice in the fourth quarter, the first time at the Cal 14-yard line trailing 20-14.

Blake Mazza kicked two field goals to improve to 15-for-15 this year, and Brandon Arconada caught 12 passes for 130 yards and a score. Easop Winston Jr. added nine receptions for 113 yards.

Cal quarterback Devon Modster passed for a career-high three touchdowns and rushed for a fourth in his first game back from a head injury.

“I would say it was average,” Modster said of his performance. “A couple throws I should have made, a couple reads. I just think it was more of a great team win. We can all improve on this.”

Modster went 16-of-24 for 230 yards and had a pivotal 26-yard scramble before his 52-yard touchdown pass to Makai Polk to make it 26-14 midway through the fourth quarter.

Brown rushed for 95 yards and scored twice to help California win for the first time since Sept. 21. The Bears outgained the Cougars 196-16 on the ground.

“The resiliency of the group, it’s always been that way” Cal coach Justin Wilcox said. “The effort’s always been good. We just executed a bit better tonight. It was great.”

When Cougars safety Tyrese Ross was called for a late hit out of bounds on Cal’s Ben Skinner in the third quarter, an unnamed member of the WSU coaching staff was called for unsportsmanlike conduct, giving the Bears a 30-yard gain.

“We definitely regressed,” Leach said. “Somehow, it’s got to be meaningful enough to the players, and as coaches we’ve got to make it meaningful. We pretend it’s meaningful and we’ll pretend to try hard. As soon as it gets difficult, then we wilt.”

DEVON MODSTER was 16-for-24 passing for 230 yards with three touchdowns and no interceptions for Cal. CHRISTOPHER BROWN JR. rushed for 95 yards and EVAN WEAVER of Spokane made 10 tackles.

For the Cougars, BRANDON ARCONADO made 12 receptions for 130 yards and a score while ANTHONY GORDON went 45-for-58 for 407 yards, two touchdowns and an interception. JAHAD WOODS made 13 tackles.

With the Cougars trailing 20-14 early in the fourth quarter, Gordon directed an encouraging drive fueled by a 36-yard throw to EASOP WINSTON JR. But the Cal defense then stiffened, and Gordon’s fourth-and-3 scramble was held to a yard by Weaver.

The Cougars return home to play Stanford at 1:30 p.m. Saturday.