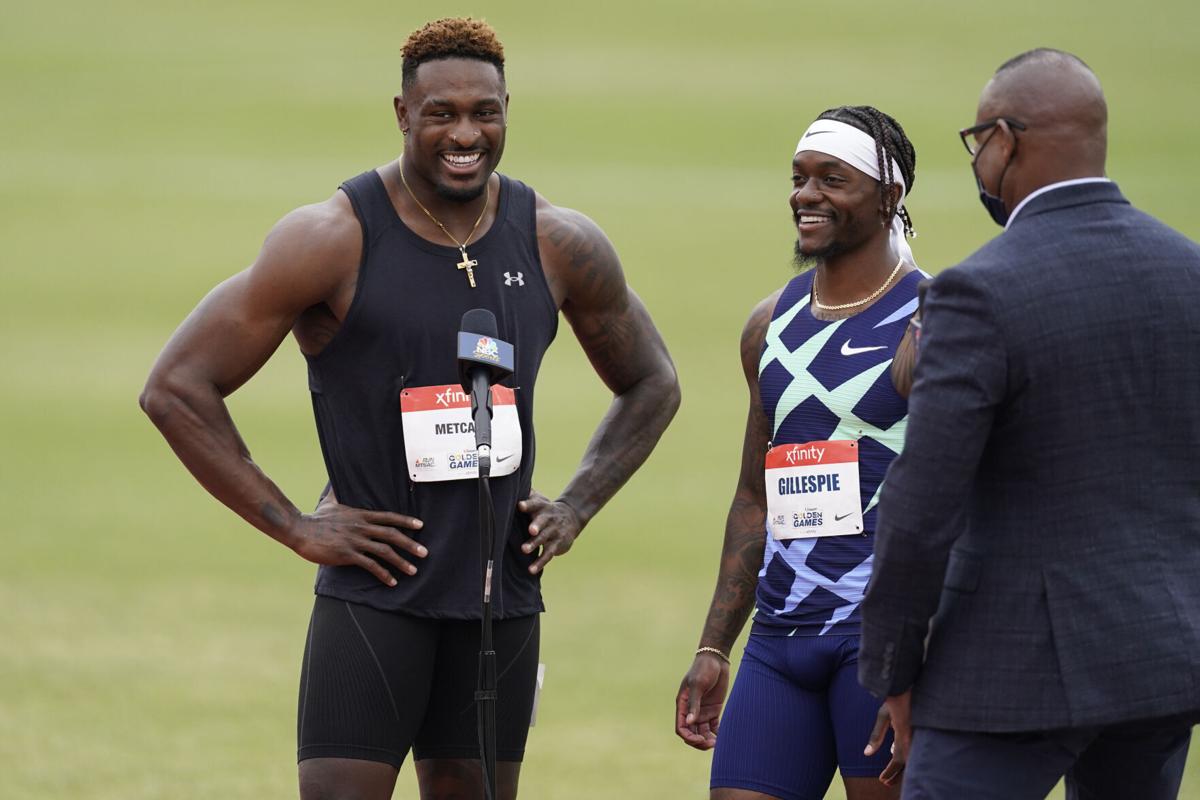 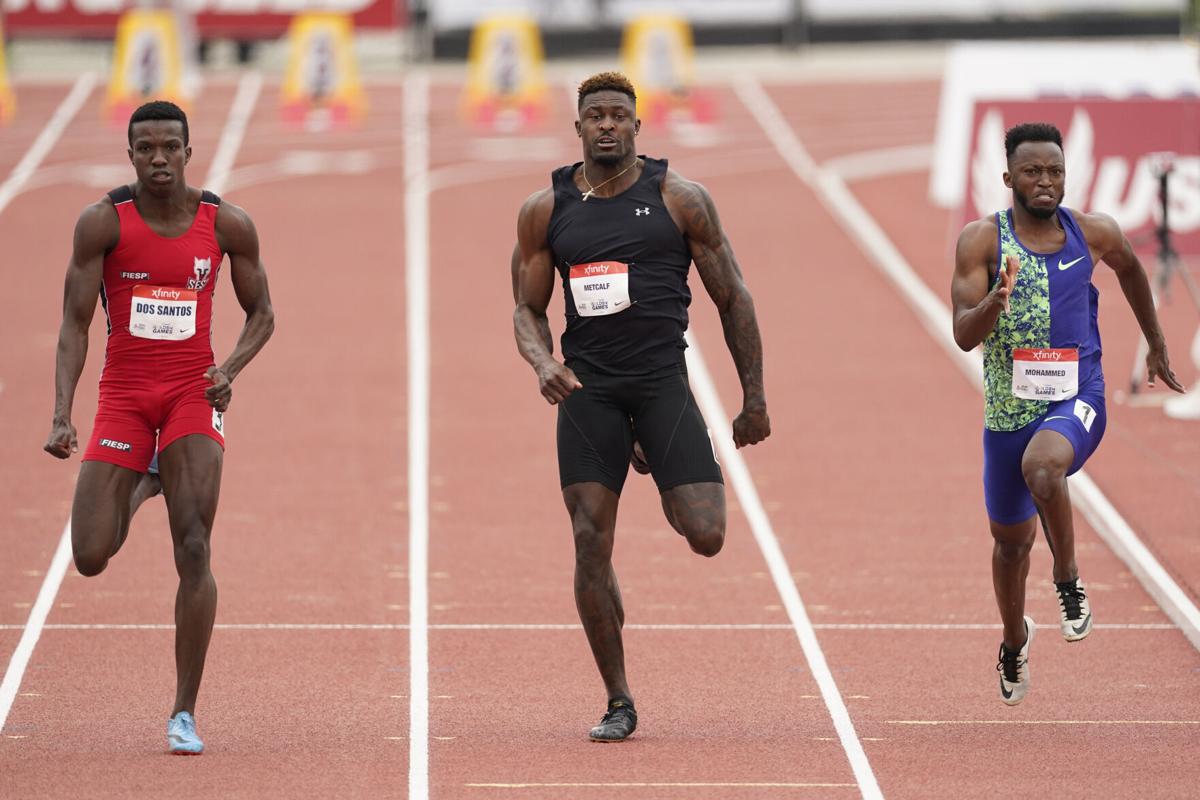 Seattle Seahawks receiver DK Metcalf might not have qualified for the Olympic Trials in the 100 meters Sunday.

But he proved something to a lot skeptics by running a 10.37 at the USA Track and Field Golden Games meet at Mt. San Antonio College in Walnut, Calif.

The time placed Metcalf 15th out of 17 overall runners in the two heats of the prelims and he was last in his heat of nine and that did not qualify him for the final heat.

The time also was short of the 10.2 needed to qualify for the Olympic Trials. Isaiah Young had the fastest time in the preliminary heats at 10.09 while Cravon Gillespie and Michael Rodgers were next at 10.11. Gillespie then won the nine-man final at 9.96, with all eight who finished at 10.18 or faster.

Still, the 10.37 was a blazing fast time for a 6-foot-4, 235-pound football player who never had been in a competitive race in the 100 (or at least not since before high school, anyway), and it seemed to surprise the NBC announcing crew that included four-time Olympic medal winner Ato Bolden.

"He ran faster than just about everybody, myself included, thought he would run," said Bolden, who won a silver medal in the 100 at the Sydney Olympics in 2000.

But in an interview with NBC after the race, Metcalf said his track days are done for now, saying, "I've got minicamp to go to." Seattle's mandatory minicamp is scheduled for June 15-17.

But Metcalf appeared to show if he really wanted to, he could have a competitive track career.

Some in the track and field community had questioned that after it was revealed Metcalf intended to take part in the meet.

"I've been waiting on this day, for football players to come line up and see what world-class speed is," Rodgers was quoted as saying by the San Diego Union-Tribune. "Football players don't have any clue. It's like, everybody's hyping him: 'Oh, DK is going to do this.' You have to get through both rounds, buddy. This isn't an all-comer's meet. This is an elite track meet. I hope the football (fans) understands this is our job, this is what we do every day. I hope he comes to play."

Bolden also admitted he had been skeptical, saying he would have been impressed if Metcalf ran a 10.5.

But after the race, Bolden changed his tune, saying, "He ran well. I did not think he was going to run anywhere near that well. ... you can't tell that he doesn't belong in that field."

Still, Metcalf said he learned something too, acknowledging that track speed and football speed aren't the same.

"These are world-class athletes," Metcalf told NBC afterward. "They do this for a living and it's very different from football speed for what I just learned."

So why did Metcalf want to try it?

"Because I'm a football player and an athlete first and a man of God," he said. "I just do things because I want to do it."

Metcalf had been reported to be training for the event in Arizona of late. He gave no interviews before the race but hinted at his participation with a tweet earlier in the week that showed him dropping track cleats on a track. He then was listed as officially entered in the meet shortly after that.

Metcalf first got the attention of USATF officials when he famously chased down Arizona's Budda Baker after an interception in a Sunday night game in October. The USATF then tweeted that football players were welcome to "test their speed against real speed" at the Olympic Trials.

Metcalf took them up on it and showed he could indeed hold his own against "real speed."

"Just working out," Metcalf said. "I mean, just to test my speed up against world-class athletes like this, just to have the opportunity to come out here against these guys was just a blessing."

But to former NFL player Emmanuel Acho, Metcalf gave a slightly different answer when asked why he wanted to test himself.

Tweeted Acho: I walked up to DK and said, "Ay bro, what you even decide to do this for?" DK Metcalf: "Myself, everybody else is scared to do it." *mic drop*