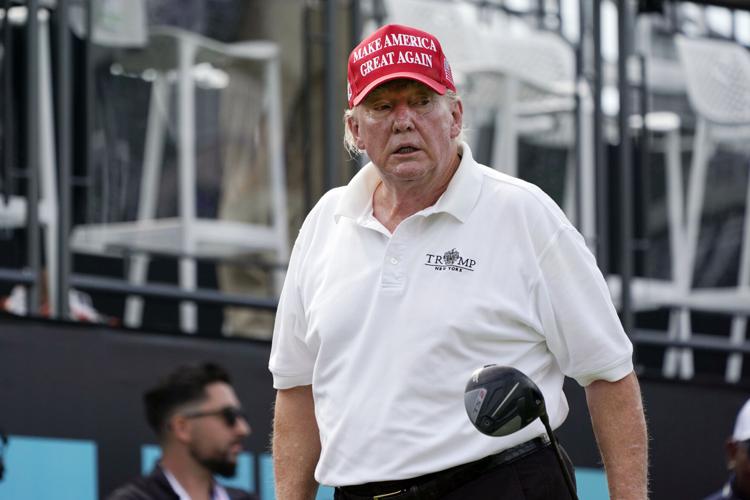 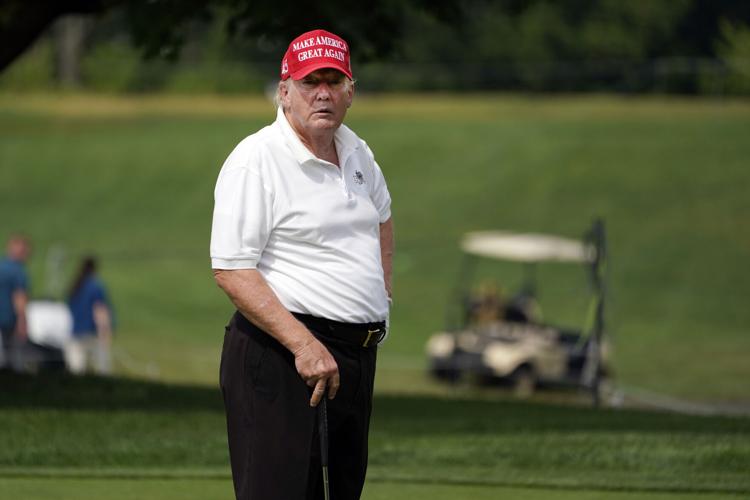 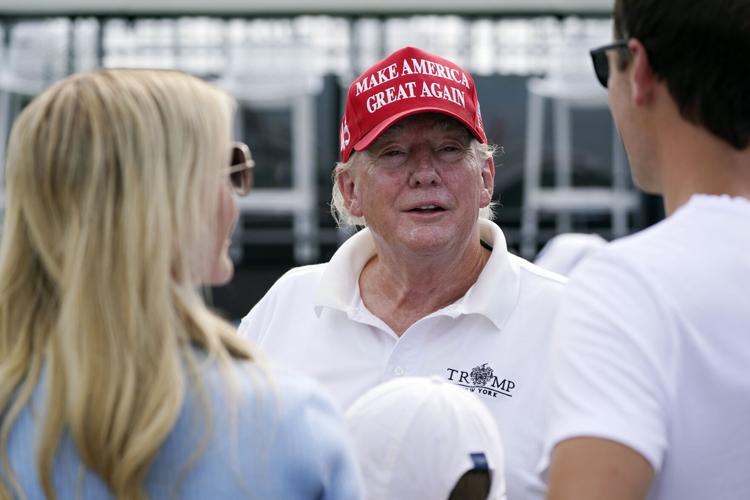 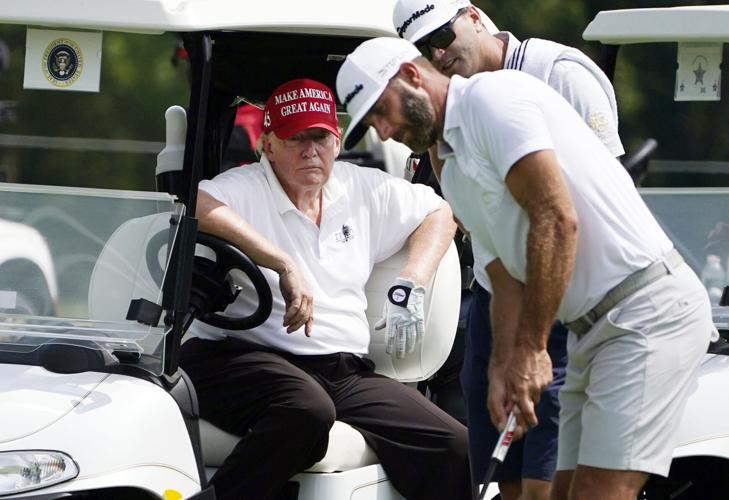 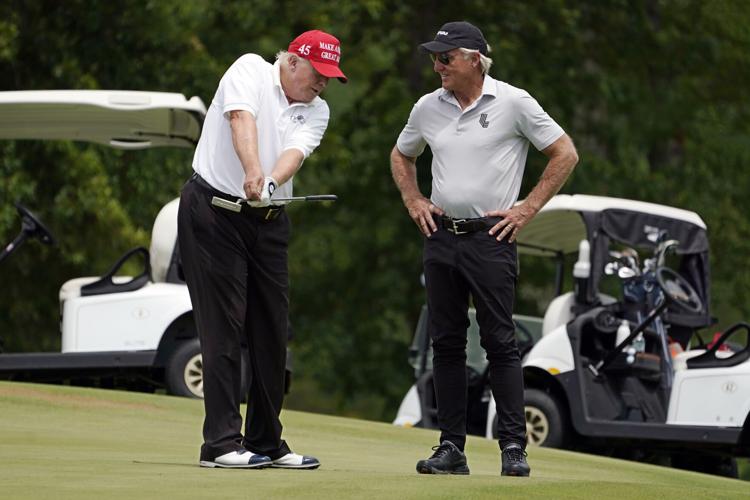 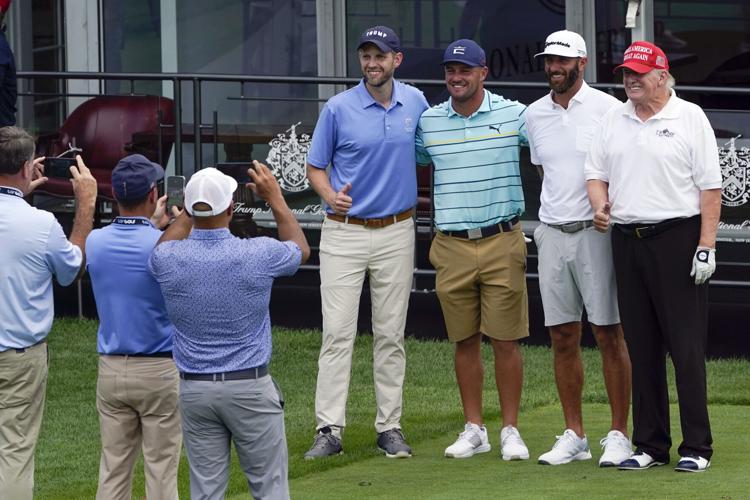 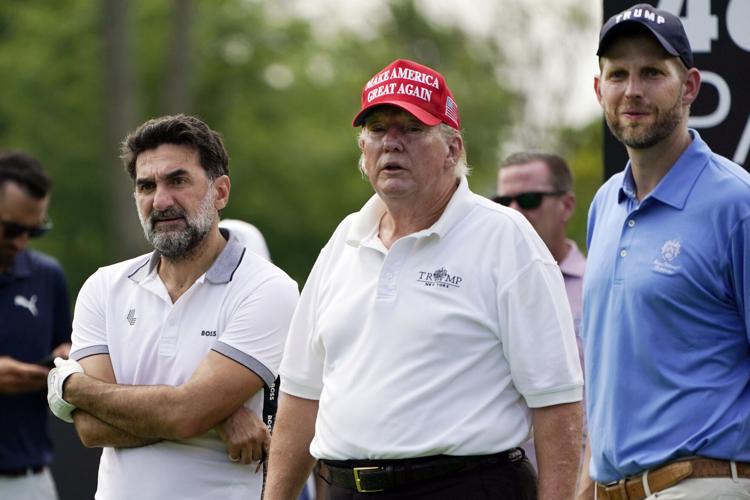 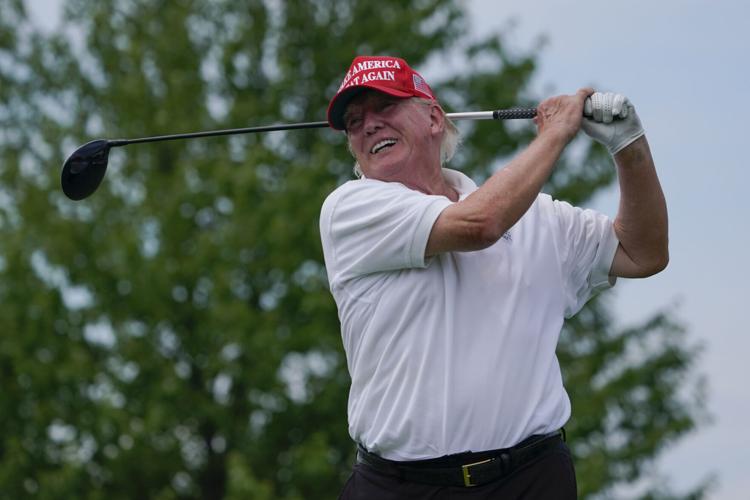 BEDMINSTER, N.J. — Former President Donald Trump played another round at his home course Thursday, this one different from so many others. He was part of the Saudi-funded LIV Golf Invitational pro-am, put on by a breakaway league he says is creating a “gold rush” for players.

The third LIV Golf event, which starts today at Trump National Bedminster, added four new players to the 48-man field that illustrated how the disruption goes beyond the PGA Tour.

Henrik Stenson of Sweden is among the newcomers, which led the European tour to strip him of the Ryder Cup captaincy for the 2023 matches in Italy.

Stenson was made aware during his news conference of a report in The Daily Telegraph, later matched by Golf Digest, that Luke Donald would be Europe’s captain.

“I don’t feel like I’ve given it up,” Stenson said. “I made every arrangement possible here to be able to fulfill my captain’s duties, and I’ve had great help here from LIV to be able to do that. And still, the decision was made that I was to be removed. I’m obviously disappointed over the situation. But it is what it is, and yeah, we move on from there now.”

By adding Stenson — the other three were Paul Casey, Charles Howell III and Jason Kokrak — LIV Golf now has 12 former major champions on its roster, though only five among the top 50 in the world ranking.

“You have really the best players in the world, many of the best players, and soon you’ll probably have all of them,” said Trump, who played in the pro-am with Dustin Johnson and Bryson DeChambeau, along with his son Eric.

“Remember this, if there’s a merger (between LIV Golf and the PGA Tour), the people who didn’t come will never get anything except a thank-you from the people who took advantage of them.”

There is no conversation at the PGA Tour about a possible merger. Commissioner Jay Monahan said last month that while the tour welcomes healthy competition: “The LIV Saudi golf league is not that. It’s an irrational threat, one not concerned with the return on investment or true growth of the game.”

Trump felt slighted when a World Golf Championship left his Trump National Doral course near Miami after 2016 when a replacement title sponsor could not be found.

Backed by Saudi Arabia’s sovereign wealth fund, LIV Golf has been awarding massive money — various reports put total signing fees at around $1 billion so far. The PGA Tour has suspended players who join for violating regulations that require a release to play overseas. It does not grant releases for tournaments held in North America.

The prize money at LIV Golf events totals $25 million, with the winner getting $4 million. Last place in the 54-hole events with no cut is guaranteed $120,000.

Norman has said LIV Golf would support any player who chose to challenge the suspension in court. That hasn’t happened on the PGA Tour yet, though Ian Poulter and Branden Grace were among four players allowed to play in the Scottish Open when a British judge issued a stay against European tour suspension.

Poulter and Lee Westwood said they still have no clarity from the European tour on future tournaments or their eligibility for the Ryder Cup.

“I’m still eligible to play on the European tour. I don’t think I’ve been banned from playing any events,” Westwood said, adding the BMW PGA Championship at Wentworth is still on his schedule. “I’ve had no correspondence on that. That’s an event, a qualifying event, for the European Ryder Cup team.”

The European tour’s flagship event is Sept. 8-11 south of London, held a week after a LIV Golf event outside Boston and a week before the event in the Chicago suburbs.