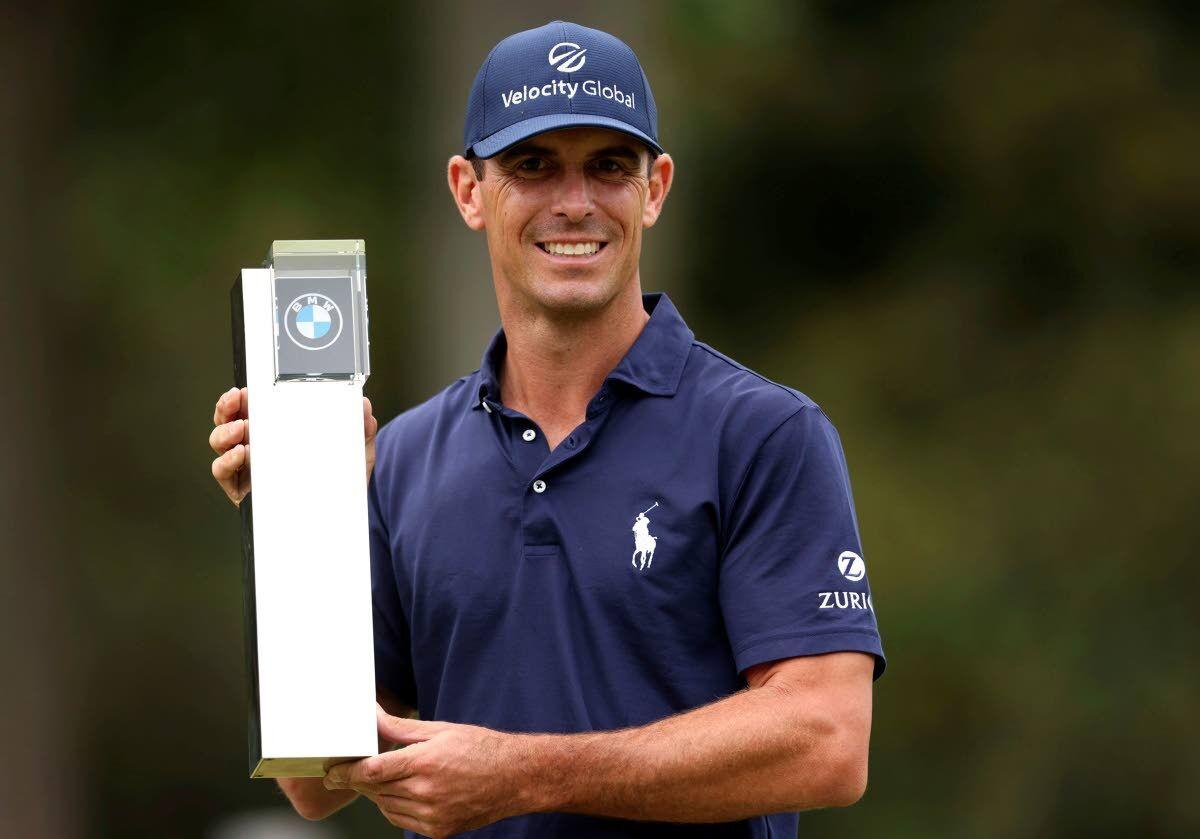 Billy Horschel of the U.S lifts the trophy after victory during day four of the PGA Championship at Wentworth Golf Club, Surrey, England, Sunday, Sept. 12, 2021. (Steven Paston/PA via AP) 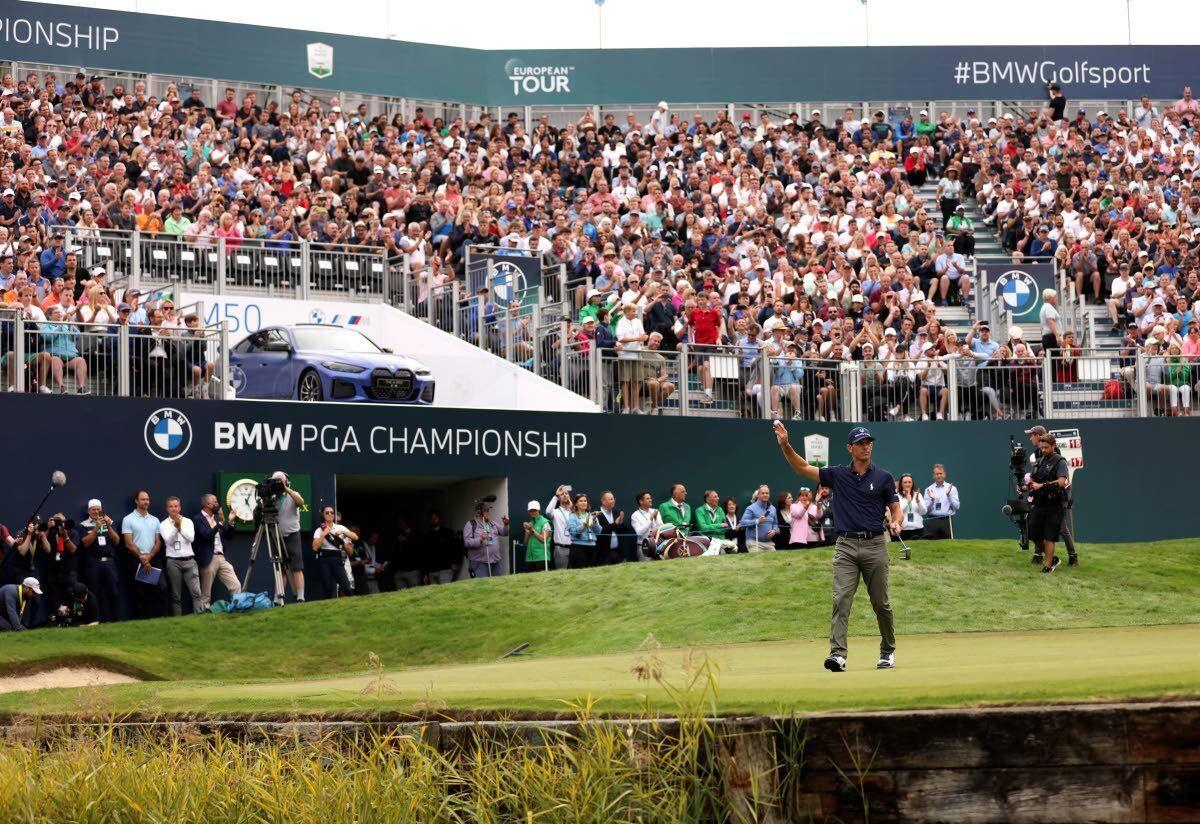 Billy Horschel of the U.S lifts the trophy after victory during day four of the PGA Championship at Wentworth Golf Club, Surrey, England, Sunday, Sept. 12, 2021. (Steven Paston/PA via AP)

VIRGINIA WATER, England — Billy Horschel felt aggrieved this week at the manner in which he missed out on a U.S. Ryder Cup team. So he took down a bunch of leading Europeans by himself.

Horschel birdied Wentworth’s storied No. 18 after an approach shot that spun back inside 2 feet, finishing with a 7-under-par 65 on Sunday for a one-shot victory in the BMW PGA Championship.

He became only the second American to win what traditionally is regarded as the biggest event on the European Tour, after Arnold Palmer in 1975. Not a bad way to get over the disappointment of being overlooked for a captain’s pick for the Ryder Cup team.

A number of European players who couldn’t keep up with Horschel at Wentworth will be heading to Whistling Straits. On a dramatic day of twists and turns in the final qualifying event, Lee Westwood, Bernd Wiesberger, Matt Fitzpatrick and Tyrrell Hatton were able to celebrate getting the final automatic qualifying places in the European team. Westwood made it for an 11th time, Wiesberger for the first.

Shane Lowry shot 71 to tie for 17th and miss out on an automatic spot, but was named as one of Padraig Harrington’s captain’s picks later in the day along with Sergio Garcia and Ian Poulter. Justin Rose was overlooked despite shooting 65. Jon Rahm, McIlroy, Tommy Fleetwood, Viktor Hovland and Paul Casey secured automatic spots before the event.

ST. LOUIS — David Toms beat Dicky Pride with a par on the first hole of a playoff in the PGA Tour Champions’ inaugural Ascension Charity Classic.

Toms hit his approach in the playoff on the par-4 No. 18 to the middle of the green and two-putted from 18 feet. Pride’s approach went to the right into a greenside bunker and his 16-footer for par stopped an inch short of going in.

The 54-year-old Toms scrambled for par on No. 18 in regulation after driving left into a fairway bunker. He shot a 5-under 66 to finish at 10-under 203 on Norwood Hills’ West Course, the tree-lined layout where Ben Hogan won the 1948 PGA Championship for his second major title.

Pride finished with a 67, forcing the playoff with a 20-foot birdie putt on 18.