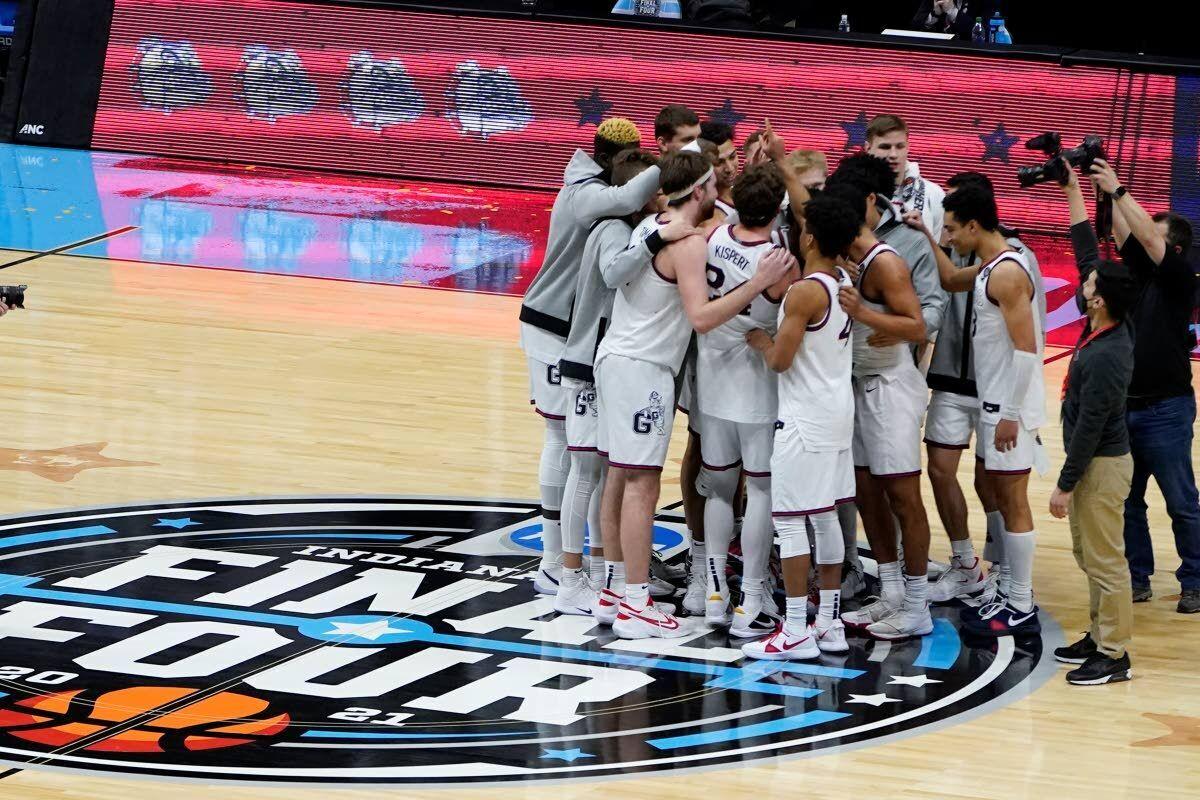 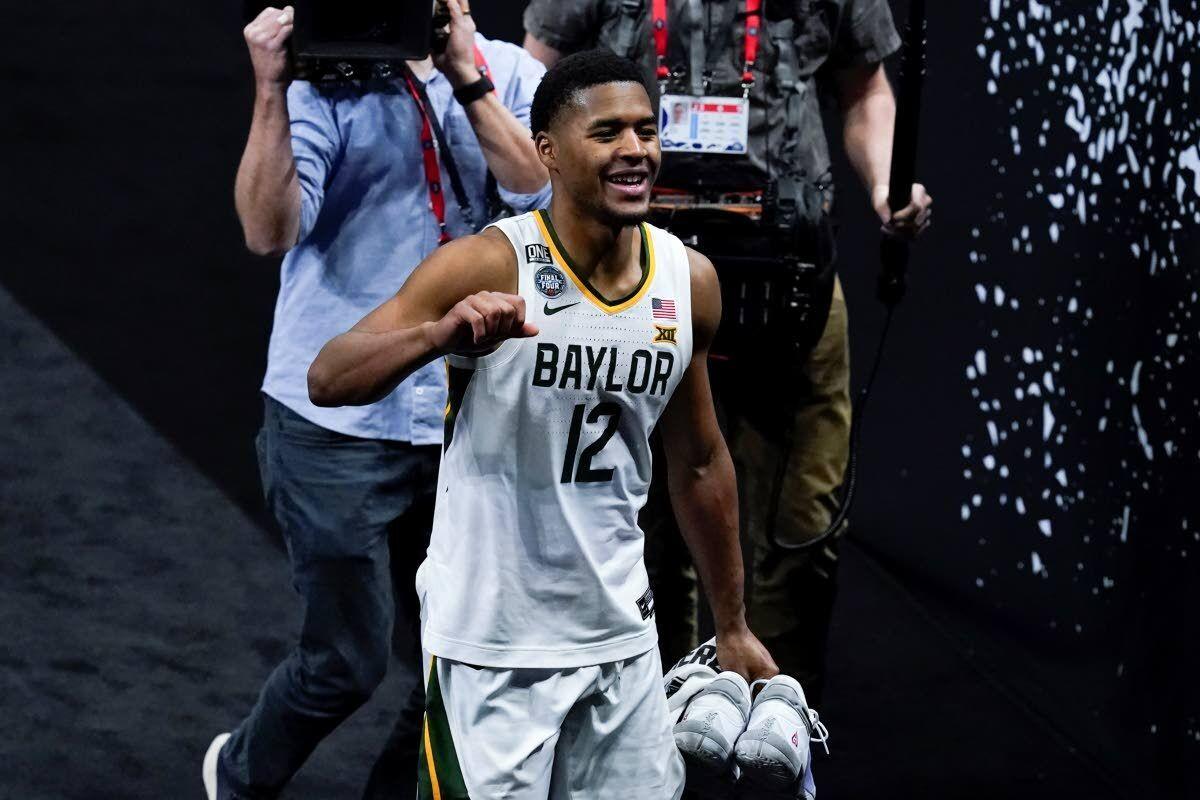 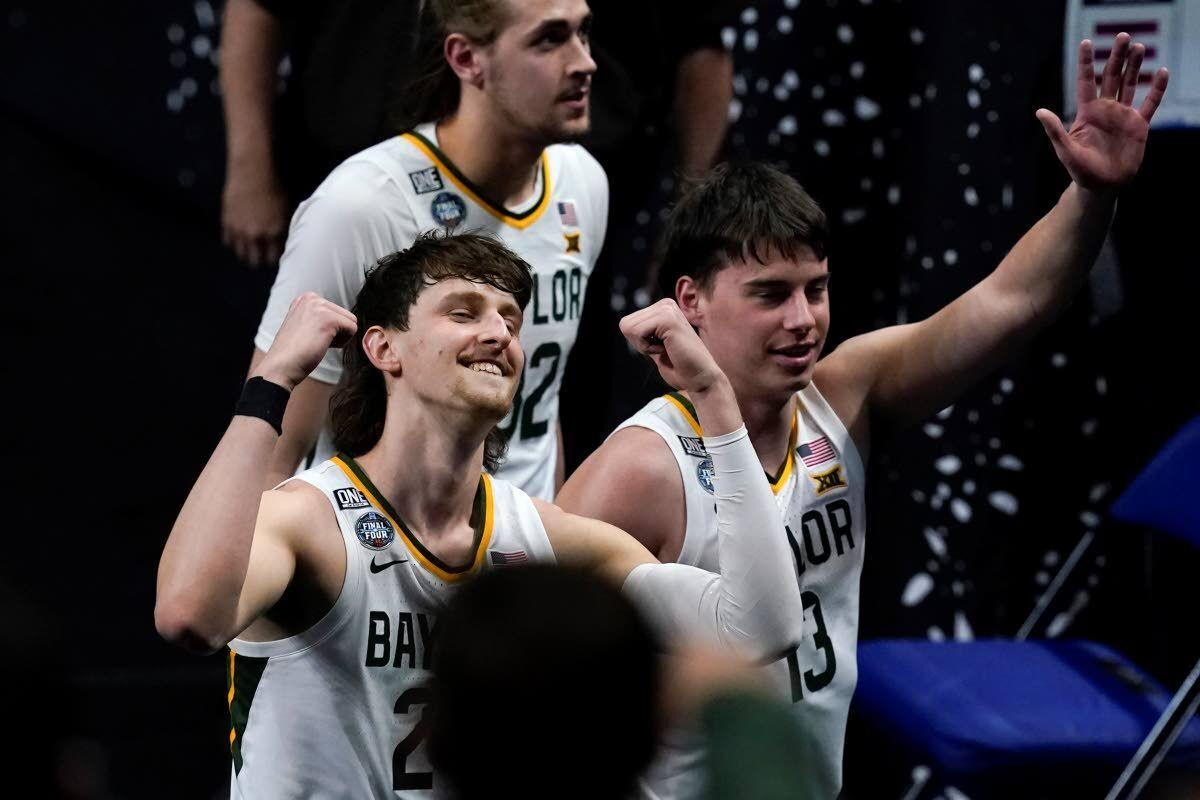 Less than 16 hours after walking off the floor with one of the most scintillating wins in the game's history, the barely-still-undefeated Bulldogs returned to the practice court Sunday to get ready for the national championship game.

Their opponent, Baylor, is rested, ready and waiting for a challenge.

The meeting Monday is one most hoops fans have waited for all year — two years, really — a matchup between two teams who have been on a collision course since the bracket came out.

No need for extra motivation here. But how do the Zags move on after that?

“It's a lot in 30 hours, but it is what it is,” Gonzaga coach Mark Few said. “My guys have been great at game preparations all season, so consistent with effort and the attention to detail on game night. So, we're definitely banking on that.”

To recap, Jalen Suggs banked in a shot from a step inside the midcourt line at the buzzer to lift the Zags to a 93-90 overtime victory against UCLA. The game ended after 11 p.m. Eastern on Saturday.

“We were probably like everyone else on the eighth floor of the hotel,” Baylor coach Scott Drew said of the reaction to The Shot. “Pandemonium erupted.”

The Bears rolled past Houston 78-59 and, suddenly, they look every bit as unbeatable as the unbeaten Bulldogs (31-0). No team has come closer than nine points of Baylor in the three weeks in Indianapolis.

This matchup has been a long time in the making.

Had the COVID-19 pandemic not washed out the 2020 postseason, both these teams would have been No. 1 seeds in last season's NCAA tournament.

They were supposed to play this season too. The meeting was set for Dec. 5 in Indianapolis — a Final Four preview in the Final Four city, many predicted — but the game got scratched when a Zags player and a staffer tested positive.

The coaches worked hard to try to reschedule. But there was no room on the calendar. Instead, they meet for the title.

This marks the first time since 2005 the top two teams on the overall seeding list have faced in the final. Gonzaga has spent the entire season at No. 1 in the AP poll. Baylor spent 15 of 17 weeks at No. 2 and finished at No. 3 (behind Illinois).

Nobody will ever forget Adam Morrison's tears against UCLA. Now, nobody will forget his “Yeessssss.”

The former Gonzaga star was crestfallen, weeping with his head buried in the hardwood after a devastating loss to the Bruins in the Sweet 16 in 2006.

Fifteen years, later, he does color commentary for Bulldogs radio, and his reaction to Suggs' game-winner was getting plenty of buzz a day later. It's three loud shouts of “Yesssss” with some other hooting and hollering to wrap it up.

Few said the team's sports information director played it for him on the way to do his interviews Sunday.

“A pretty special moment, and I was happy for him and proud of him for letting his guard down," the coach said.

Before COVID put a three-week hold on their season in February, the Bears were undefeated too.

After starting 18-0, they lost two of six shortly after coming out of the break. Drew said the lack of quality practice time during the layoff, then afterward when Baylor was playing almost every other day, took its toll on the team's defense.

Only when the Bears lost to Oklahoma State in a Big 12 tournament semifinal were they able to get back to practicing regularly, and get back to basics.

“Our players really bought in,” Drew said. “Our defense was lapsing, and we had to get back to where we were.”

Analytics rank the Bears third in the nation in forced turnovers and sixth in steals — part of the formula for stopping Gonzaga’s top-ranked offense.

Baylor's Davion Mitchell's nickname is “Off Night,” because anyone he D's up on seems to have one. His next task: Stopping Suggs.

In addition to making the shot of the tournament, Suggs is averaging 14 points and 5.5 rebounds per game and setting himself up as an NBA lottery pick should he decide to leave.

Mitchell said he knows he can't shut down anyone completely.

Few and Drew are fishing buddies in the offseason, and pickleball partners in the basketball bubble.

Conceding it might be a break in COVID-19 protocols, Few said he and the Baylor coach haven't lost a game on the pickleball courts set up at the baseball stadium where teams have gone for fresh air during their semi-quarantined stay in Indianapolis.

The coaches' time together during the tournament has offered them a chance to reflect on their journeys. Few has been head coach at Gonzaga since 1999 and helped build the tiny school into a powerhouse. Drew took over a Baylor program eviscerated after the 2003 murder of player Patrick Dennehy by a teammate.

“We've talked about where we were and where we are,” Few said. “Our path was a lot smoother and didn't come from a dark place. But from where they were, it's unbelievable what they've been able to do.”