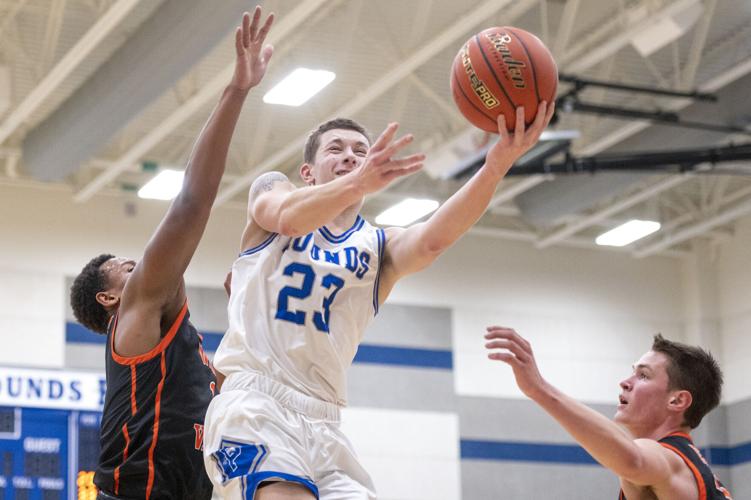 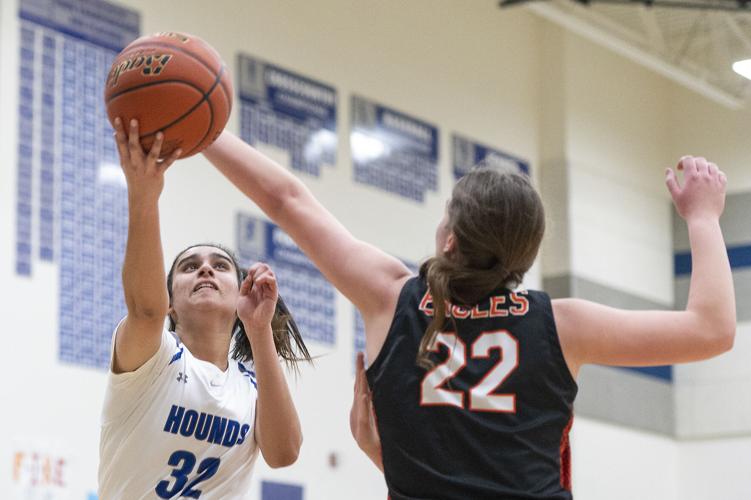 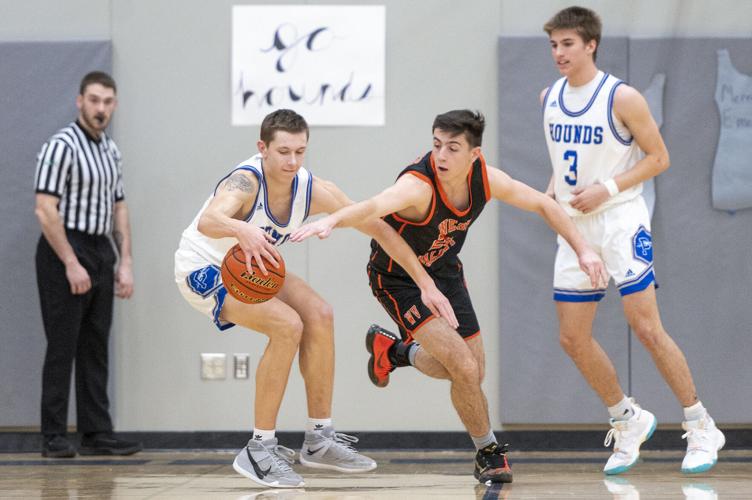 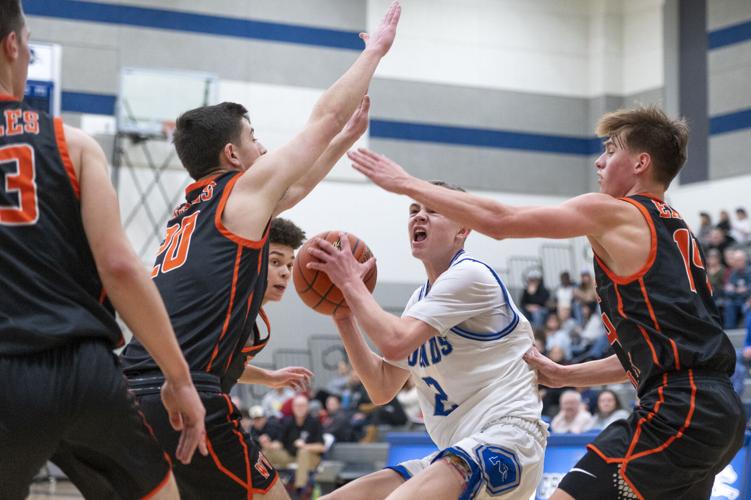 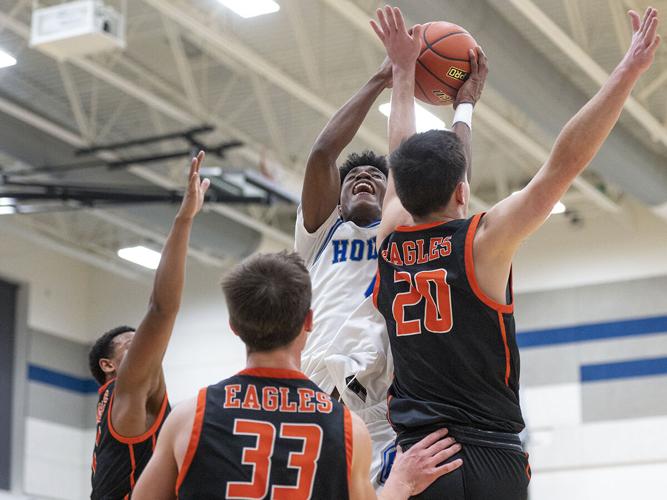 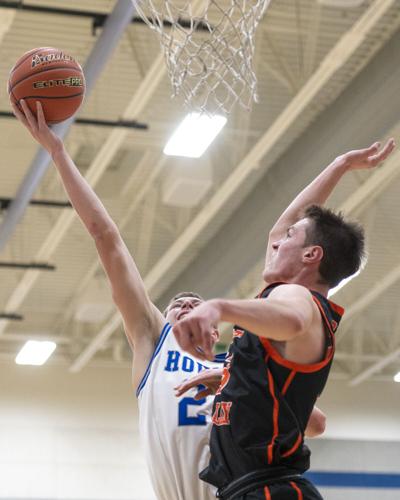 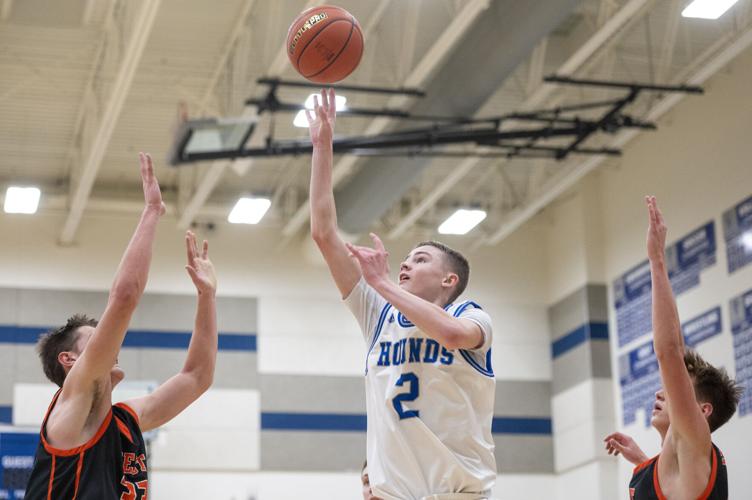 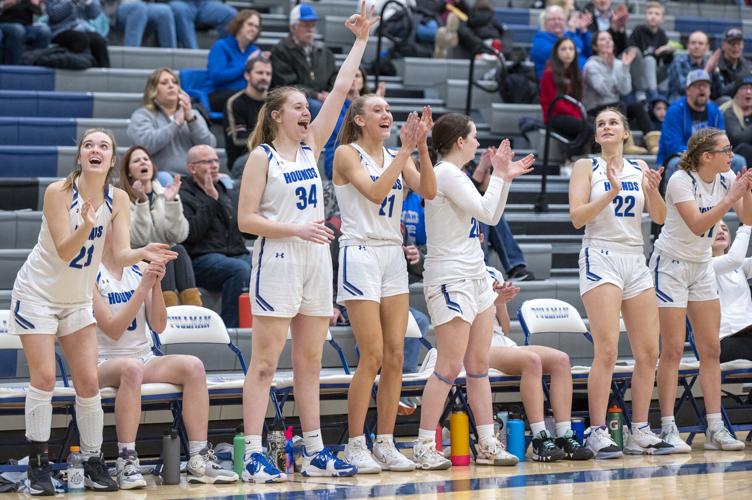 Pullman’s bench reacts to a made three pointer during Tuesday’s Class 2A Greater Spokane League game against West Valley at Pullman High School. 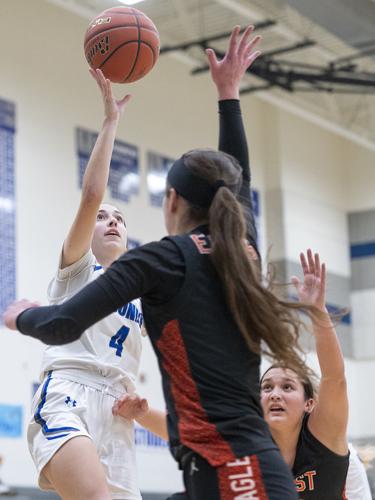 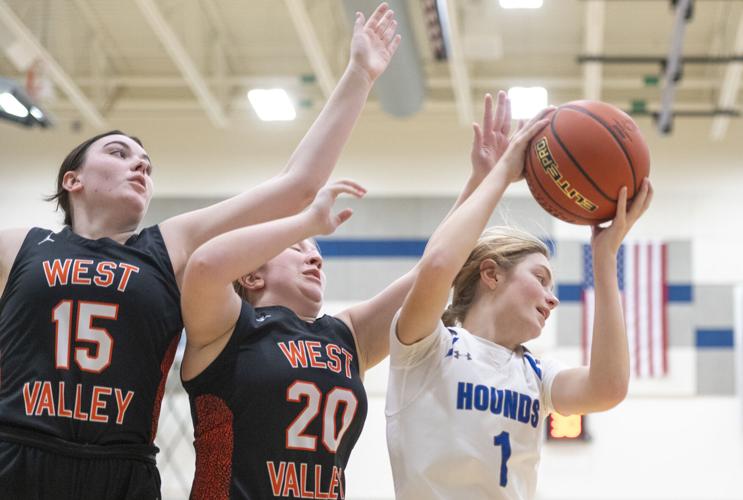 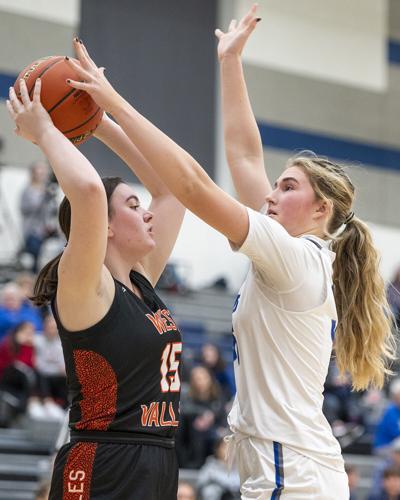 Pullman’s bench reacts to a made three pointer during Tuesday’s Class 2A Greater Spokane League game against West Valley at Pullman High School.

In one of its biggest games of the season thus far, the unbeaten Pullman boys basketball team started things off with a 58-40 triumph against the West Valley Eagles during a Class 2A Greater Spokane League doubleheader at the Greyhounds’ home court Tuesday.

The girls game was slightly closer, but had the same result with the Hounds prevailing 55-41. The boys victory formally established Pullman at the top of the league’s standings, while the girls win made the Greyhounds a firm second in their field behind Clarkston.

Regional supremacy hung in the balance as the Pullman and West Valley boys teams each entered undefeated in league play, with a combined total of only one loss in 27 games overall between them.

After a competitive start, the Greyhounds (14-0, 5-0) established dominance with a second-quarter surge driven by a dozen points from Jaedyn Brown, giving them the scoreboard separation they have become accustomed to with a 35-18 halftime lead.

Brown would finish with a game-high 26 points after shooting 10-for-17 from the field and 3-for-3 from the foul line. Champ Powaukee added another 13 points and Austin Hunt flirted with double figures at nine.

The Eagles (13-2, 4-1) were able to muzzle the Greyhound offense to an extent with their press in the second half, which saw Pullman extend its lead by only a single point overall.

It was the Greyhounds’ lowest-scoring game of the season thus far, and the first in which they have tallied less than 60 points.

“I thought they did a better job of being physical with us and keeping us away from the baskets,” Pullman coach Craig Brantner said, noting that he looks forward to seeing his team’s offense further tested by a strong defensive press in a nonleague game today against Othello.

The Pullman boys have won all 14 games they have played by margins of at least 17 points and currently are No. 1 in Washington Class 2A state media poll and the RPI ranking.

The Greyhound girls showcased a balanced offense headed up by four double-digit scorers: Rylian Bednar providing 16 points, Sehra Singh tallying 15, Jennabee Harris with 11, and Meg Limburg at 10. It was a breakout showing for Harris, who logged a career-high point total while covering West Valley star Chloe DeHaro and helping to keep her offensive output in check.

“I’m really proud of how the girls came out and played,” Pullman coach Angie Barbour said. “We haven’t beaten West Valley in a really long time.”

DeHaro almost singlehandedly kept West Valley (3-11, 2-3) in the game for an extended span, making regular steals and fast-break baskets. DeHaro had scored 14 of the Eagles’ first 21 points as they nipped at the Greyhounds’ heels at the beginning of the second half trailing 23-21. Pullman (4-10, 4-1) amped up its defensive focus on DeHaro and began to successfully stifle her drives — she would score only nine more while the Greyhounds pulled away for a steady double-digit advantage.

“We’re really starting to come around and play harder, play better,” Barbour said. “I’m proud of my girls — the effort that they gave and their mental toughness.”