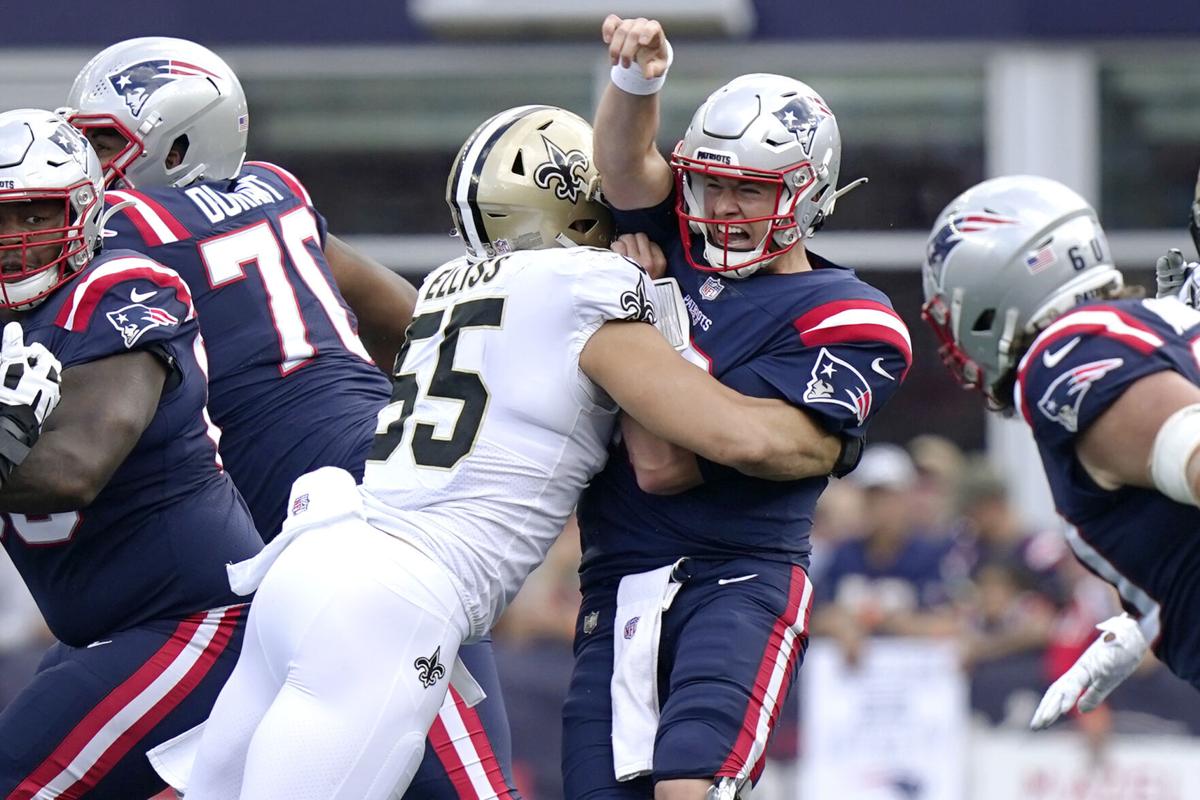 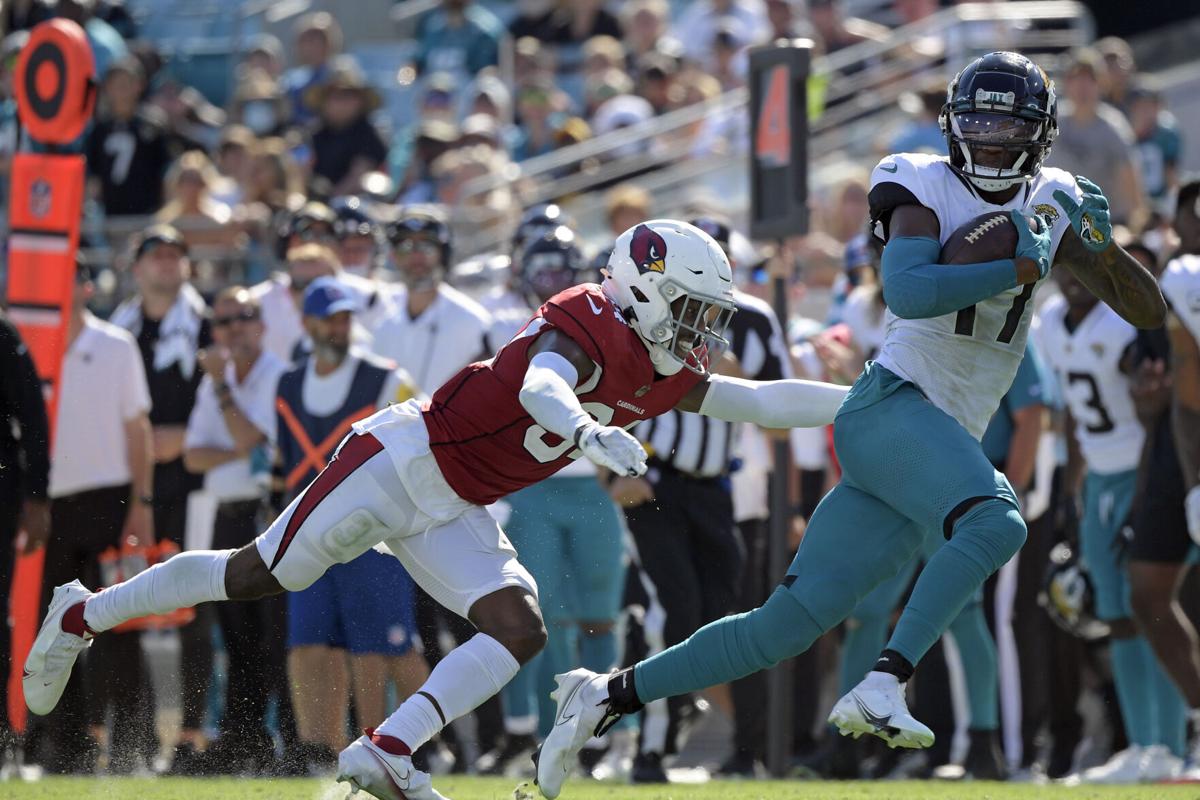 Jacksonville receiver D.J. Chark, right, get past Arizona Cardinals defensive back Jalen Thompson during the second half of Sunday's game.

Jacksonville receiver D.J. Chark, right, get past Arizona Cardinals defensive back Jalen Thompson during the second half of Sunday's game.

How former area college players fared in the NFL in Week 3:

DT Daniel Ekuale, New England: Did not play in the Patriots' 28-13 loss to New Orleans.

LB Frankie Luvu, Carolina: Had a sack for a nine-yard loss, two quarterback hits, a special-teams tackle and a forced fumble in the Panthers' 24-9 win Thursday at Houston.

DB Jalen Thompson, Arizona: Started, had seven tackles, four solo stops and one for a loss, in the Cardinals' 31-19 win at Jacksonville.

WR Easop Winston, New Orleans: On the practice squad, did not play in Saints' 28-13 win at New England.

LB Kaden Elliss (2015-18), New Orleans: In a reserve role, he recorded four tackles, including three solo stops, and a quarterback hit in the Saints' 28-13 win at New England.