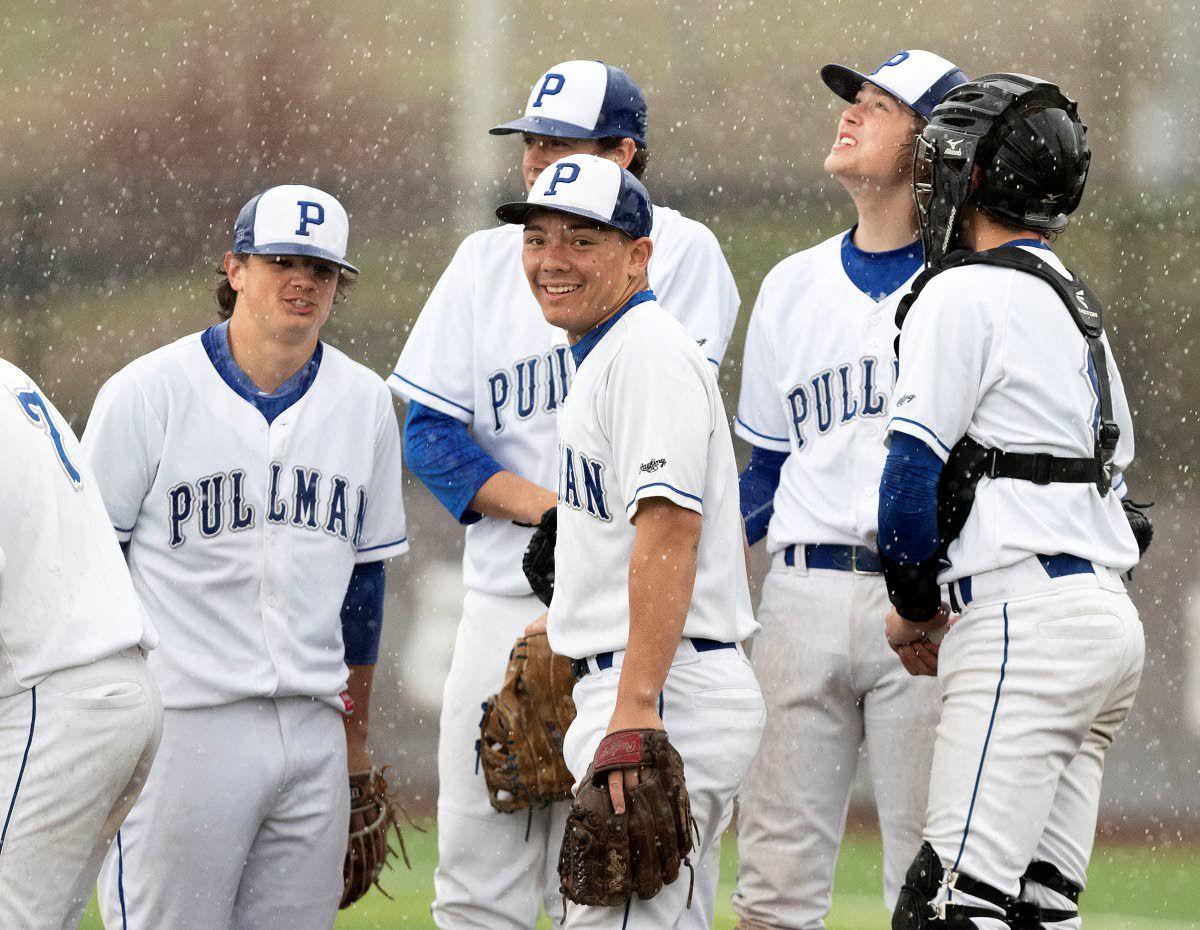 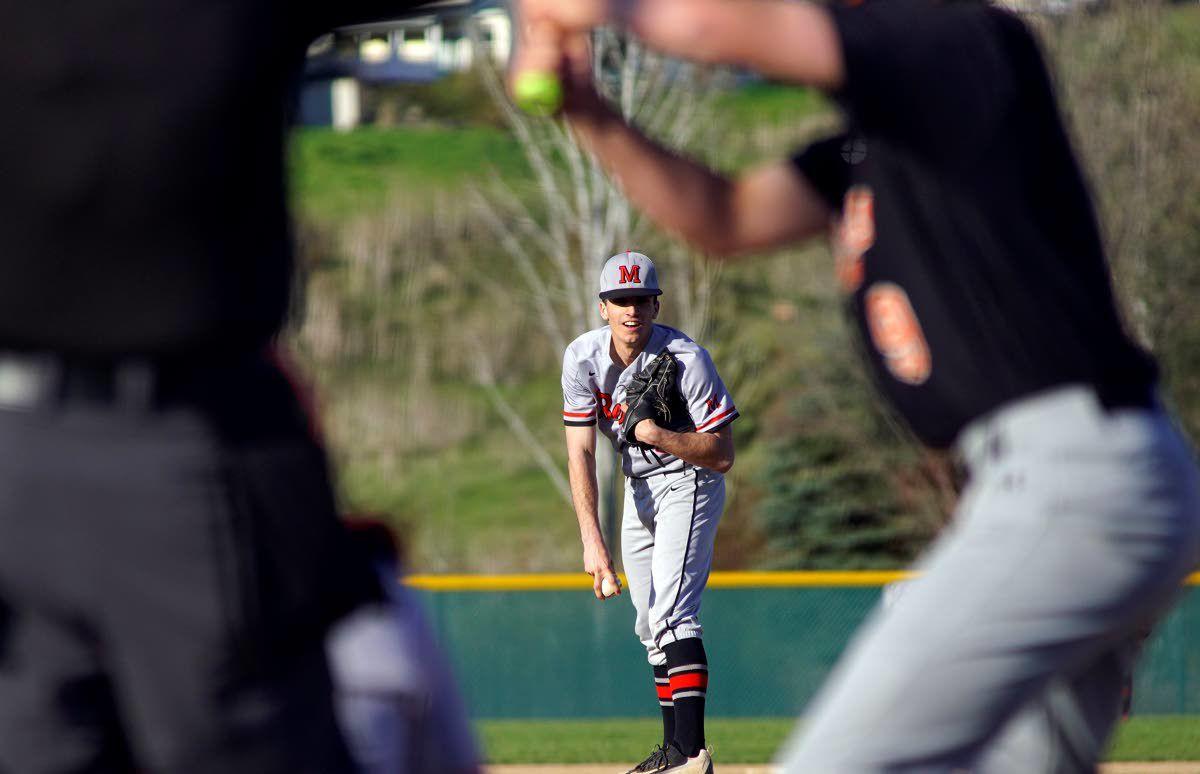 Kai Eiselein/Daily NewsMoscow pitcher Tristan Wilson waits for his sign before throwing against an Asotin batter on April 24.

Kai Eiselein/Daily NewsMoscow pitcher Tristan Wilson waits for his sign before throwing against an Asotin batter on April 24.

The reality of life hit close to home for most high school athletes Monday as the Idaho High School Activities Association made the tough decision to put spring sports on hold for a three-week period because of the COVID-19, also known as coronavirus, pandemic.

In consulation the past several days with the Idaho Department of Health and Welfare, along with superintendents and athletic directors around the state, IHSAA executive director Ty Jones made the decision to pull the plug from today through April 5 out of abundance of caution for the student-athletes.

“It became apparent as we moved along throughout the state and region that we were going in this direction,” Jones said in an interview with the Tribune. “We watched closely what was going on, reaching out to our stakeholders, and we knew we weren’t going to be able to continue on the path that we were going on at this time.”

The IHSSA, in its release, stated schools are not allowed to conduct any organized activities during the period. The hope, Jones said, is the situation will stabilize to the point where spring sports tournaments throughout the state still will be held. They currently are scheduled to be conducted May 14-16 for baseball, and May 15-16 for softball, tennis and track and field.

However, kids can continue to work out on their own and are being encouraged to do so, without coaching or organizing team activities together.

The one positive that might be coming out of the situation is the number of school districts in the state that currently are on, or have scheduled, their spring breaks during this time frame.

The one thing Jones wanted to stress is the decision to cancel interscholastic activities wasn’t taken lightly.

“As tough as it was to make this call, this was the safe and prudent call,” he said. “I’m 100 percent certain about that. When you have to make decisions that impact kids on things like this, it’s tough.

“It is our hope that by doing this now, the spread will be stopped enough ... we’re looking at an endgame here. There’s a chance that we could have our spring sports events by the end of May. We hope this is a pre-emptive strike, but we’re also realistic to look at (how) those tournaments might not occur if things don’t get better.”

The athletic directors also understand there might be some heat coming from parents and from those on social media who think those involved in the decision-making process jumped to conclusions too quickly and made this decision without thinking things through.

Jones, who clearly sounded exasperated during his conversation with the Tribune, knows how difficult the decision to put activities on hold is. He has a daughter who is involved in high school cheerleading, which was set to have its state competition Friday at the Ford Idaho Center in Nampa.

“Her team is a pretty good team, and I’ve got to have a conversation with her tonight,” Jones said. “It’s just unforunate but it’s the situation we’re faced with right now.

“Everything we do is for the kids in some form or another. That’s who we work for and that’s why we work in this business.”