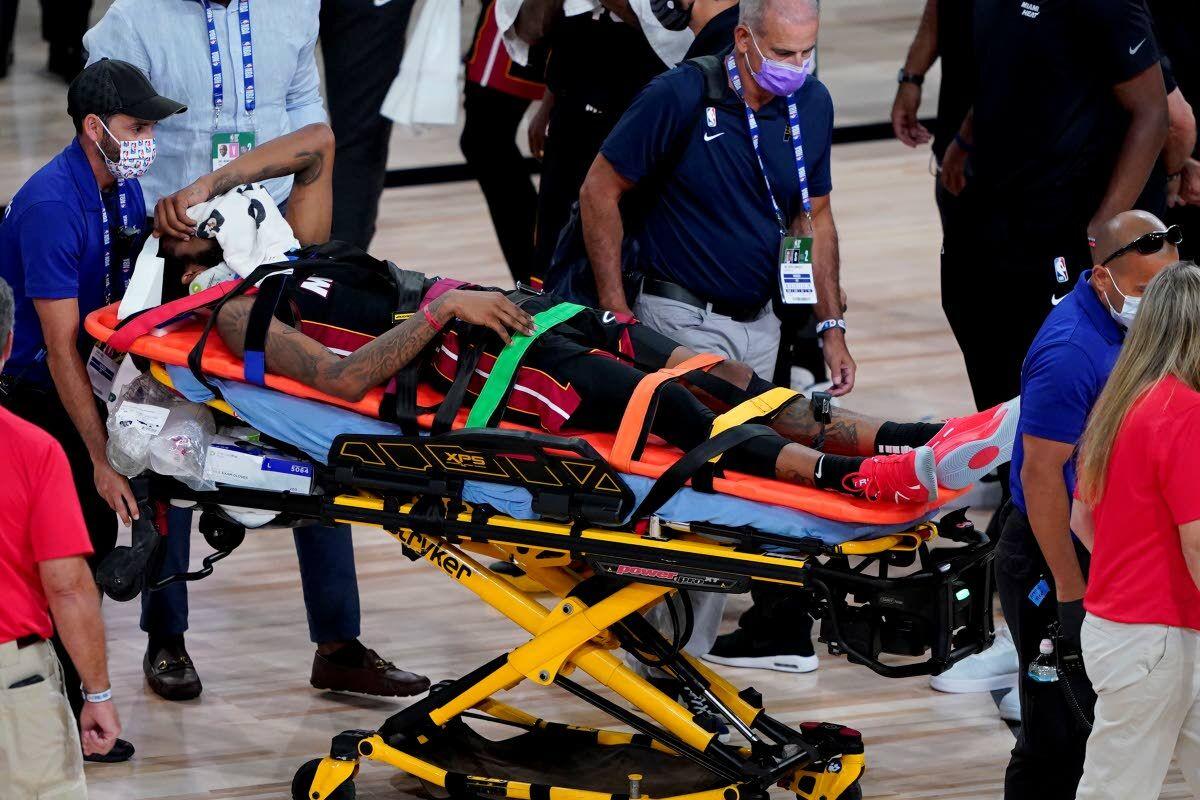 Associated PressHeat’s Derrick Jones Jr. is carried off the court on a stretcher after being injured against the Pacers during the second half of a game on Friday in Lake Buena Vista, Fla. 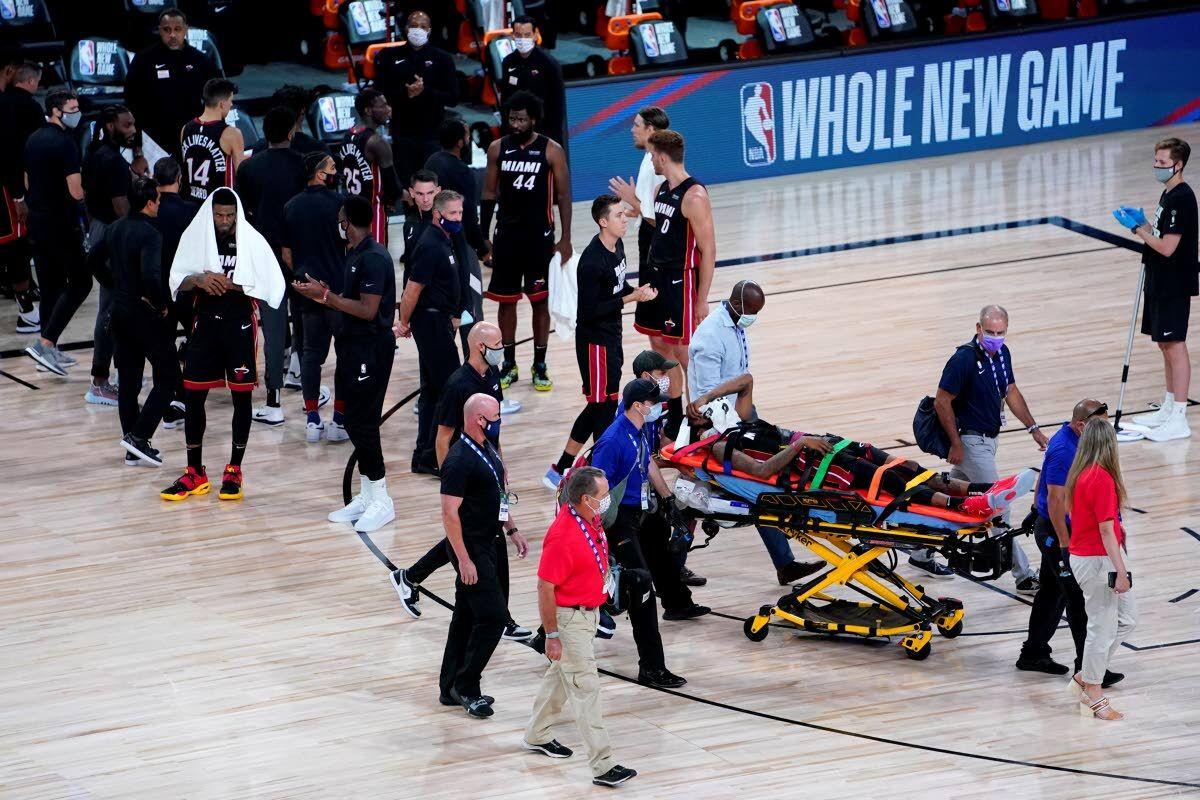 Miami Heat's Derrick Jones Jr is carried off the court on a stretcher after being injured against the Indiana Pacers during the second half of an NBA basketball game Monday, Aug. 3, 2020, in Lake Buena Vista, Fla. (AP Photo/Ashley Landis, Pool) 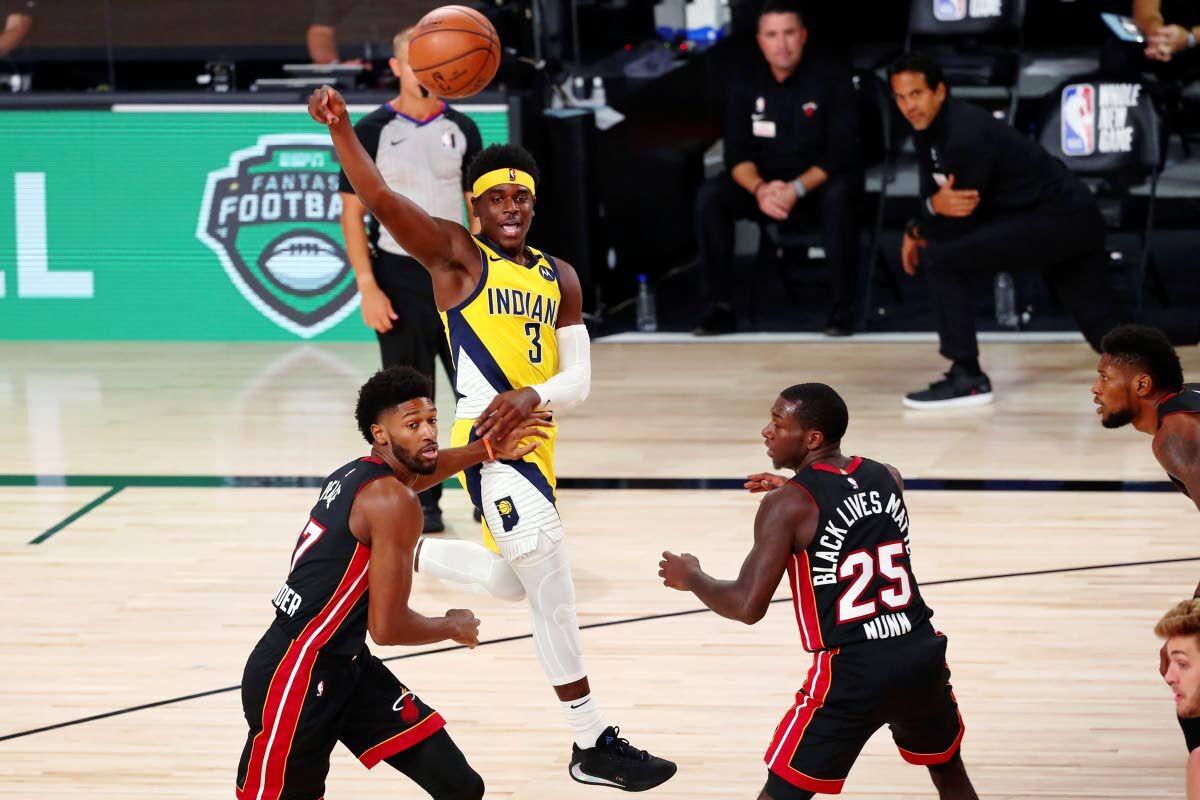 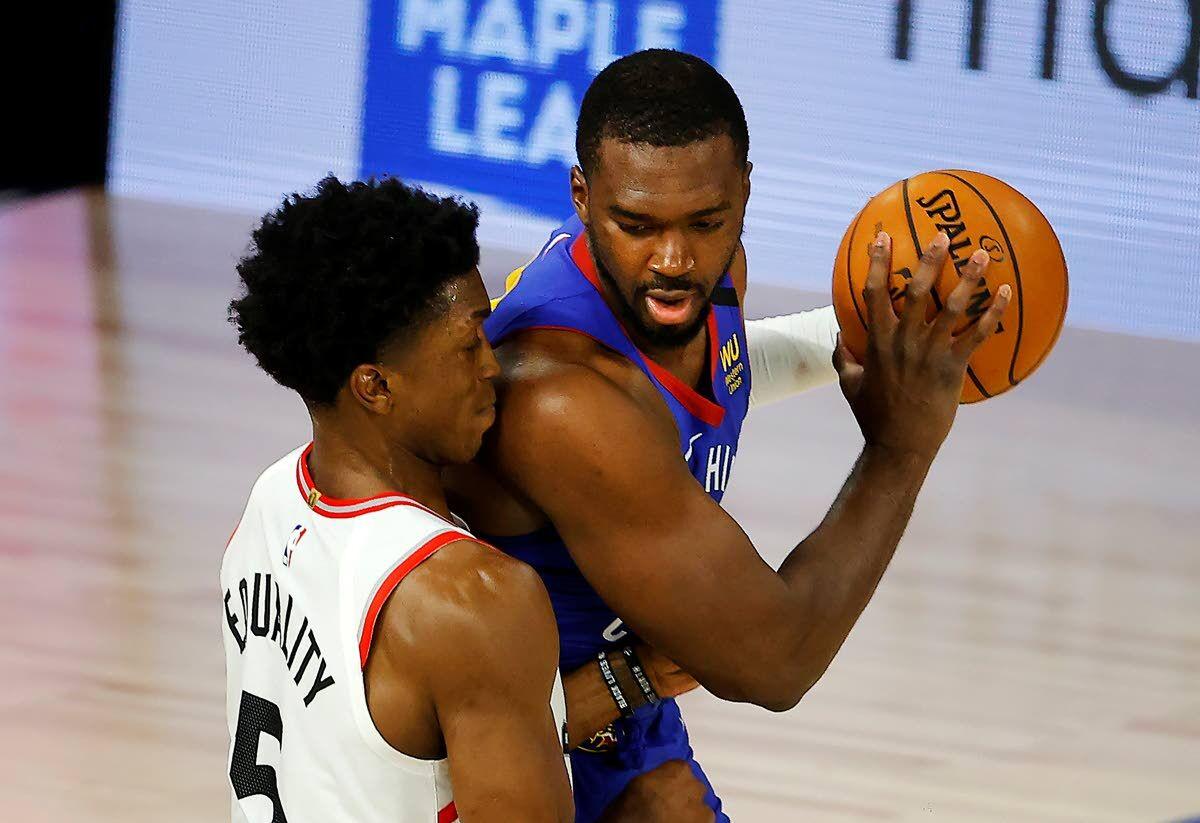 Associated PressHeat’s Derrick Jones Jr. is carried off the court on a stretcher after being injured against the Pacers during the second half of a game on Friday in Lake Buena Vista, Fla.

Miami Heat's Derrick Jones Jr is carried off the court on a stretcher after being injured against the Indiana Pacers during the second half of an NBA basketball game Monday, Aug. 3, 2020, in Lake Buena Vista, Fla. (AP Photo/Ashley Landis, Pool)

LAKE BUENA VISTA, Fla. — Doug McDermott scored 23 points and the Indiana Pacers beat Miami 109-92 on Friday in a game delayed for several minutes late in the third quarter when Heat forward Derrick Jones Jr. was carted off the court.

Jones was attempting to get around a screen when he collided with 6-foot-11 Indiana center Goga Bitadze and fell to the floor. Jones lay on his stomach with his right arm on the back of his head for several minutes before he was fitted for a neck brace and carted off the floor.

The Heat said on Twitter that Jones had a neck strain and had undergone an MRI, CT scan and concussion test. The Heat said Jones would be re-evaluated over the weekend.

The injury to the NBA’s reigning slam dunk champion came on a day when both teams were trying to stay as healthy as possible for their upcoming first-round playoff matchup.

Miami and Indiana entered the day tied for fourth in the Eastern Conference at 44-28 records. In a typical season, this regular-season finale would have decided which team got home-court advantage in their first-round series that begins Tuesday. But nobody has a home-court edge this year with the entire postseason taking place at Disney’s Wide World of Sports, so nothing was really at stake Friday.

Sabonis, the Pacers’ leading rebounder, hasn’t played any games since the restart because of plantar fasciitis and is out indefinitely. Many of the other notable names who didn’t play were simply getting some recovery time as they gear up for the postseason.

Malcolm Brogdon had 16 points, six rebounds and six assists for the Pacers. Alize Johnson had 11 points and 17 rebounds to set career highs in both categories. Kendrick Nunn scored 23 points for Miami.

Stanley Johnson scored 19 of his 23 points in the second half, and Toronto beat Denver to close the regular season.

Johnson hit three 3-pointers and a floating bank shot during a span of less than four minutes in the fourth quarter, helping the Raptors push their lead to 103-92 with six minutes to go.

Both teams entered the game already locked into playoff position — Denver the No. 3 seed in the Western Conference and Toronto No. 2 in the Eastern Conference. Regulars for each club played, but some of their minutes were dialed back. Denver’s Nikola Jokic and Jamal Murray each played about 10 minutes, during which Murray hit three 3s for the bulk of his 11 points.

Terance Mann hit a go-ahead 3-pointer with 2:30 left in overtime and had 25 points and 14 rebounds for Los Angeles against Oklahoma City.

The Clippers rested Kawhi Leonard, Paul George and Lou Williams for the playoffs starting next week. They wrapped up the second seed in the Western Conference playoffs with a 124-111 victory over Denver on Wednesday night.

Amir Coffey added 21 points for the Clippers, and Patrick Patterson had 17 points and 14 rebounds.

Hamidou Diallo had 27 points and 11 rebounds for the Thunder.

Tobias Harris scored 18 points and the Philadelphia 76ers closed the regular season by trouncing the Houston Rockets 134-96 on Friday night.

The 76ers and Rockets played most of their regulars for about the first 2½ quarters even though both teams already were locked into playoff matchups, making Friday night’s game meaningless.

The Rockets were playing without All-Star guard Russell Westbrook, who is expected to miss at least the start of the playoffs with a strained right quadriceps. The 76ers continue to play without Ben Simmons, who is out indefinitely after undergoing surgery on his left knee Monday.