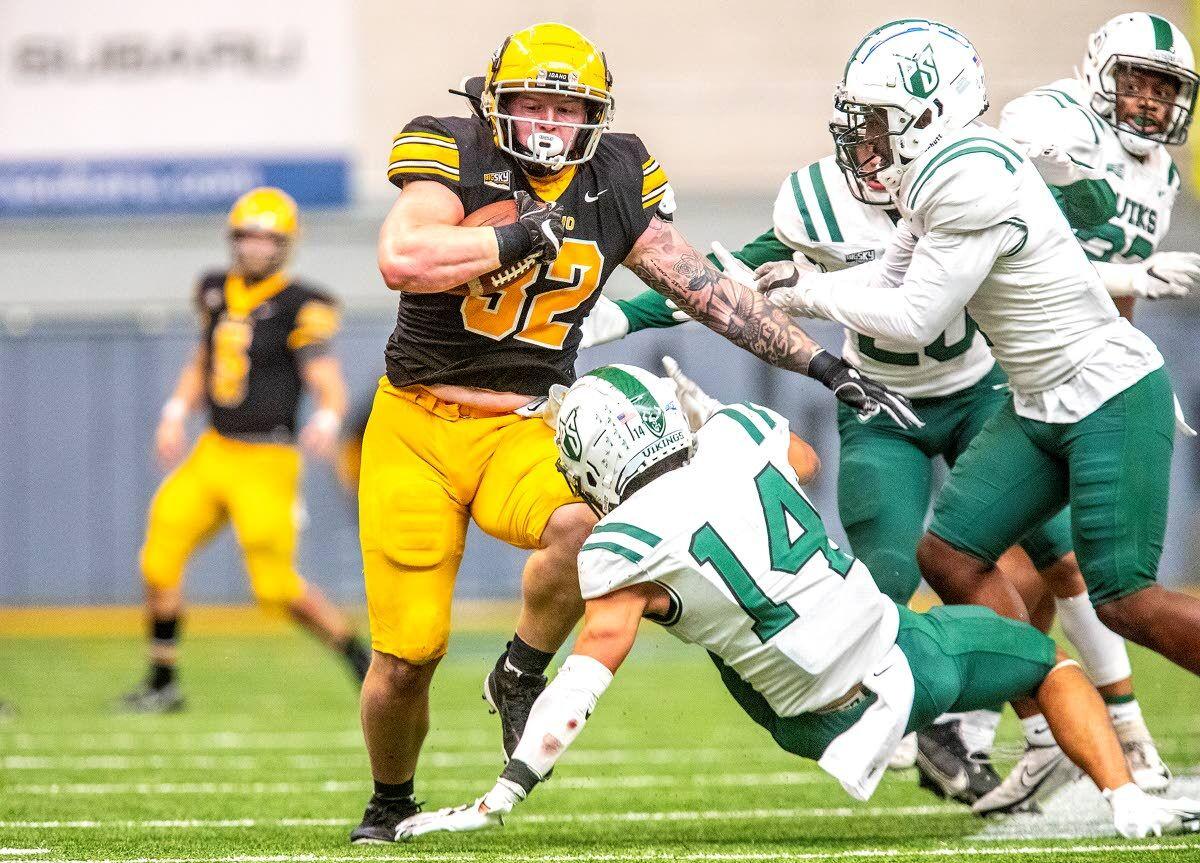 Logan Kendall runs the ball during the Vandals’ game Saturday against Portland State on Saturday. 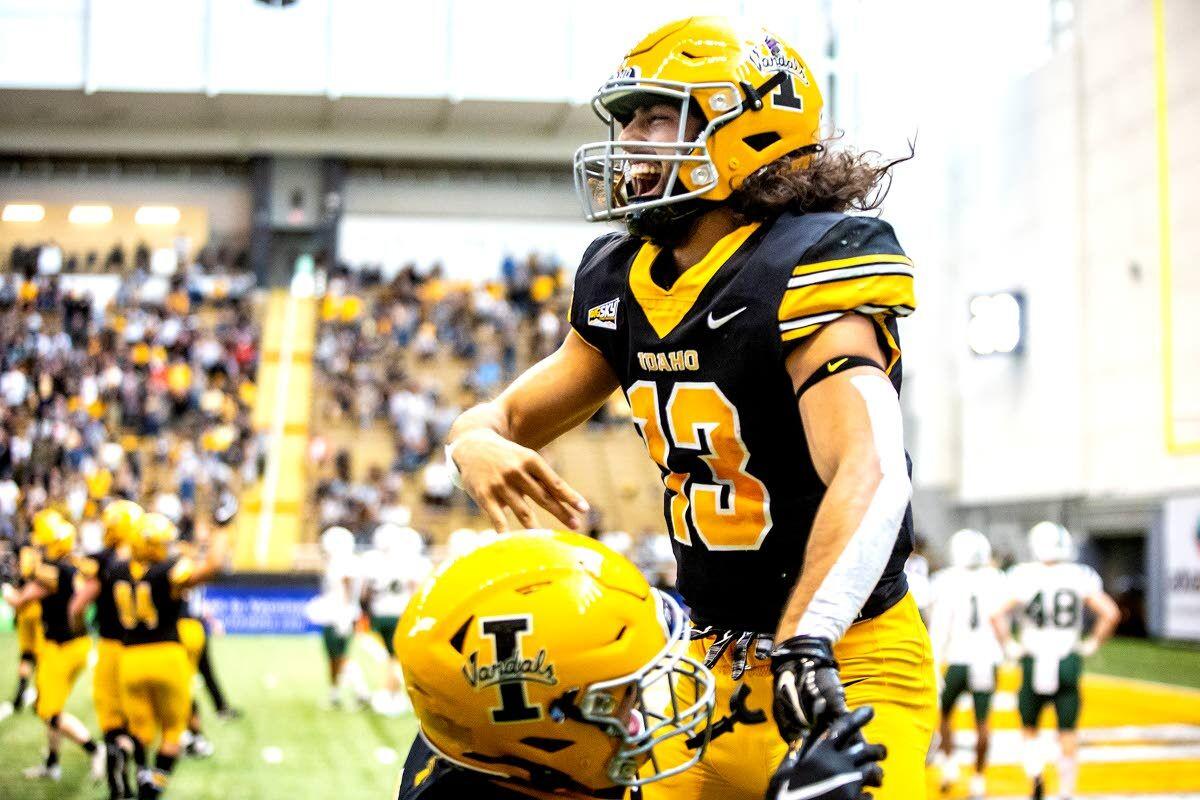 University of Idaho running back Zach Borisch (13) celebrates a Vandals touchdown in a quarter of a Big Sky football game at the Kibbie Dome in Moscow on Saturday.

Logan Kendall runs the ball during the Vandals’ game Saturday against Portland State on Saturday.

University of Idaho running back Zach Borisch (13) celebrates a Vandals touchdown in a quarter of a Big Sky football game at the Kibbie Dome in Moscow on Saturday.

Every time Idaho plays Eastern Washington, Idaho All-American Logan Kendall has more than a few friendly faces in the stands.

This week, he even has an uncle coming all the way from Anchorage, Alaska, to see his nephew’s Idaho football team play his hometown team in Cheney, Wash. The Vandals and No. 2 Eagles kick off at 11:30 a.m. Saturday at Roos Field.

It won’t be an easy task if Kendall and the Vandals (2-3) are to improve to 3-1 in three years against their regional rivals. This year’s Eagles are looking like a national championship contender after flying out to a 6-0 record that includes wins against Montana on national TV and vs. UNLV of the Football Bowl Subdivision.

Kendall’s keys to another Vandal win?

Playing with physicality and confidence are the two things Kendall does best.

In Idaho’s 42-35 win this past Saturday against Portland State, the junior ping-ponged off four Vikings defenders on a fourth-down catch late in the game.

A reporter afterward asked him if he was looking for people to run over.

“I was just trying to get the first down.”

As a tight end and fullback on offense, Kendall doesn’t often touch the ball. But when he does make a big play, the fourth-year player generally is humble in his responses afterward.

On the field, though, his confidence is a rallying cry for his teammates.

In the same game, a Vikings defender at one point blurted out that the Vandals were running the same play.

According to teammate Zach Borisch, Kendall responded with “Yeah, and you guys can’t stop it.”

“He’s a confident guy,” Borisch said. “That’s a guy you want to be behind all the time.”

A first-team Big Sky honoree, Kendall mostly is doing the dirty work in Idaho’s blocking game. This year, his role expanded to include play on both sides of the ball.

Kendall has lined up on UI’s defensive line for a handful of plays in each game so far this season. He has a sack, a tackle for loss and a quarterback hurry to his name to go along with a pair of catches for 26 yards on offense.

“It just kind of worked out ’cause I played mainly defense in high school, so it was a pretty smooth transition,” Kendall said. “(Defensive line) coach (Luther) Elliss is awesome and the whole defensive coaching staff has helped me a lot. Coach (Mike) Breske has helped me and met with me extra to help me learn everything.”

Kendall said playing on defense has helped improve his blocking game on offense “because I’m in the shoes of a defensive player who I’m blocking, so I get to kind of learn both mindsets.”

Idaho played EWU twice in an unorthodox, shortened spring season, going 1-1. In the latter game which the Eagles won, Kendall had one of his biggest offensive moments, scoring a touchdown on a 25-yard pass from Borisch on fourth-and-1 in the third quarter.

It was fitting for Kendall to have one of his two touchdowns on the season in front of his family and friends in his hometown.

He’ll have another chance this week.

“I think we just get fired up every time we play these guys,” Kendall said. “We were already talking about it right after this (Portland State) game ended, so we’re going to be ready to go.”