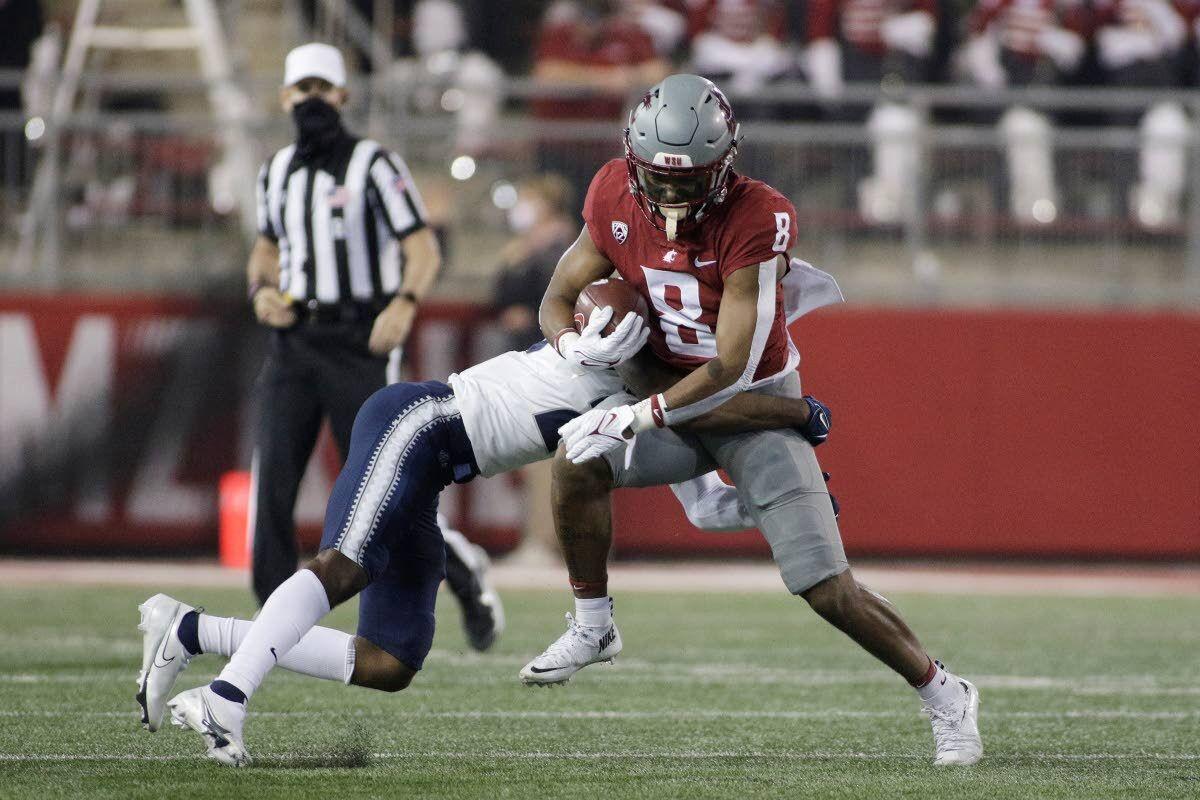 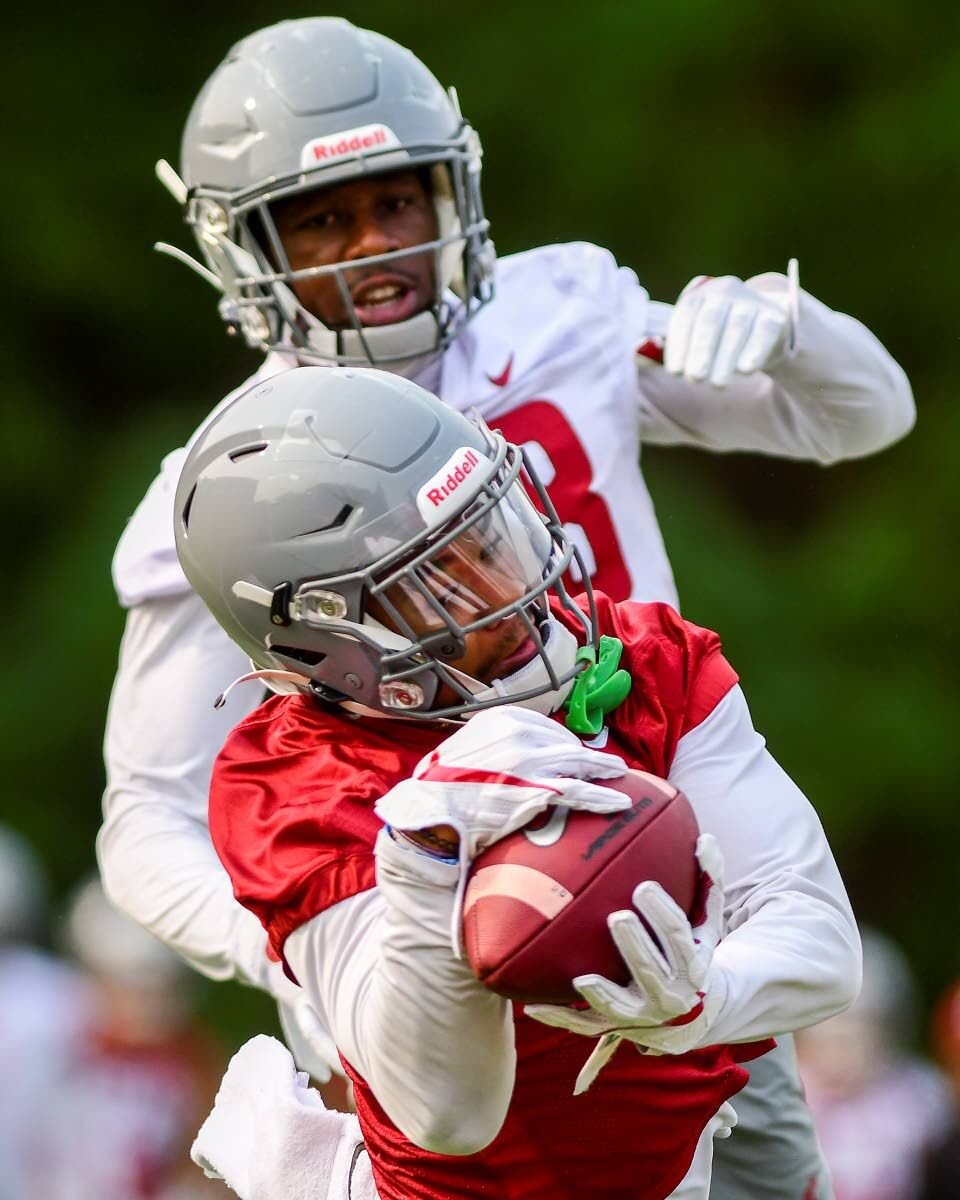 Washington State defensive back George Hicks III watches as receiver Calvin Jackson, Jr. pulls in a long pass along the sideline during team drills on Friday morning in Pullman. 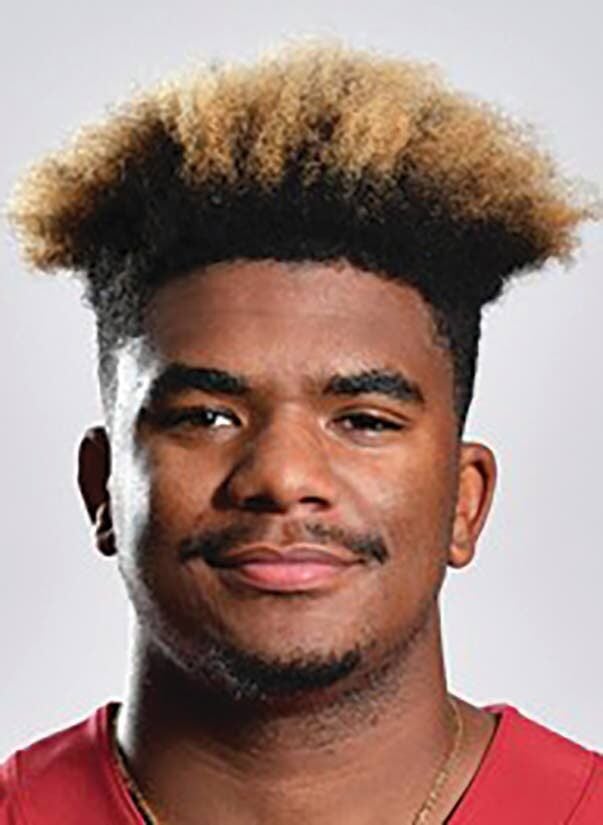 Washington State defensive back George Hicks III watches as receiver Calvin Jackson, Jr. pulls in a long pass along the sideline during team drills on Friday morning in Pullman.

Calvin Jackson Jr. was wide-open on a crossing route, but the ball was thrown slightly behind him. He could have tried to slow down but instead he reached back and snagged the ball with his left hand, secured it, then turned upfield for a 19-yard gain.

The Washington State offense didn’t produce enough plays like that one Saturday, but Jackson’s performance was a bright spot in the Cougars’ season-opening 26-23 loss to Utah State.

It also was an indication that coaches made the right choice in moving the 5-foot-10 senior to slotback, where his quickness and adaptability are more valuable to a team still trying to develop on-field chemistry between quarterbacks and receivers. Jackson tended to get lost in the shuffle at outside receiver, where he played in 2018-19 before missing most of 2020 with an injury.

The Cougars (0-1, 0-0) face Portland State (0-1, 0-0) at 3 p.m. Saturday (Pac-12 Network) at Gesa Field in Pullman. They’ll try to tidy up their passing game, which produced only 20 completions this past week as the Cougars converted just three times on 11 third downs.

“First of all, not capitalizing on third downs — that shot us in the foot,” Jackson said after the loss. “Can’t win a game without converting third downs. Those red-zone trips we had, we’ve got to convert them into touchdowns. We let the defense down. We’ll take the blame for that one.”

But Jackson finished with seven receptions for 91 yards, including 74 after the catch. The other starting slot, Travell Harris, added five catches as the Cougars continued to show dynamism at that position despite the season-ending injury to Renard Bell this summer.

“CJ’s always been good,” WSU safety George Hicks III said Tuesday of Jackson. “CJ’s been good since the day he got here. Right now he knows where the offense is, and the steps he has to take. He knows he has to be that guy; he knows he needs to be primary on every play, and he needs to have the ball in his hands to make plays.”

He also knows the value of relatability, something he effortlessly shows with coaches, teammates and fans alike.

“It’s his leadership that really stood out to me, because we all know he can play,” said sophomore outside receiver Donovan Ollie, who made an impressive touchdown reception against the Aggies. “When he steps up and leads all of us to get on the same level as him, that makes the biggest difference.”

Starting in October, WSU will require proof of COVID-19 vaccination before admitting fans 12 and older to Gesa Field for football games, the school announced. Those unvaccinated will need to show proof of a negative COVID-19 test within 72 hours of the game.

Fans also will be required to wear masks, indoors and outdoors, unless actively eating or drinking.

During the game against Utah State, fans in the student section were tightly packed and almost entirely maskless. The turnout in other sections of the stadium was sparse, as it generally is at WSU for Labor Day Weekend games.