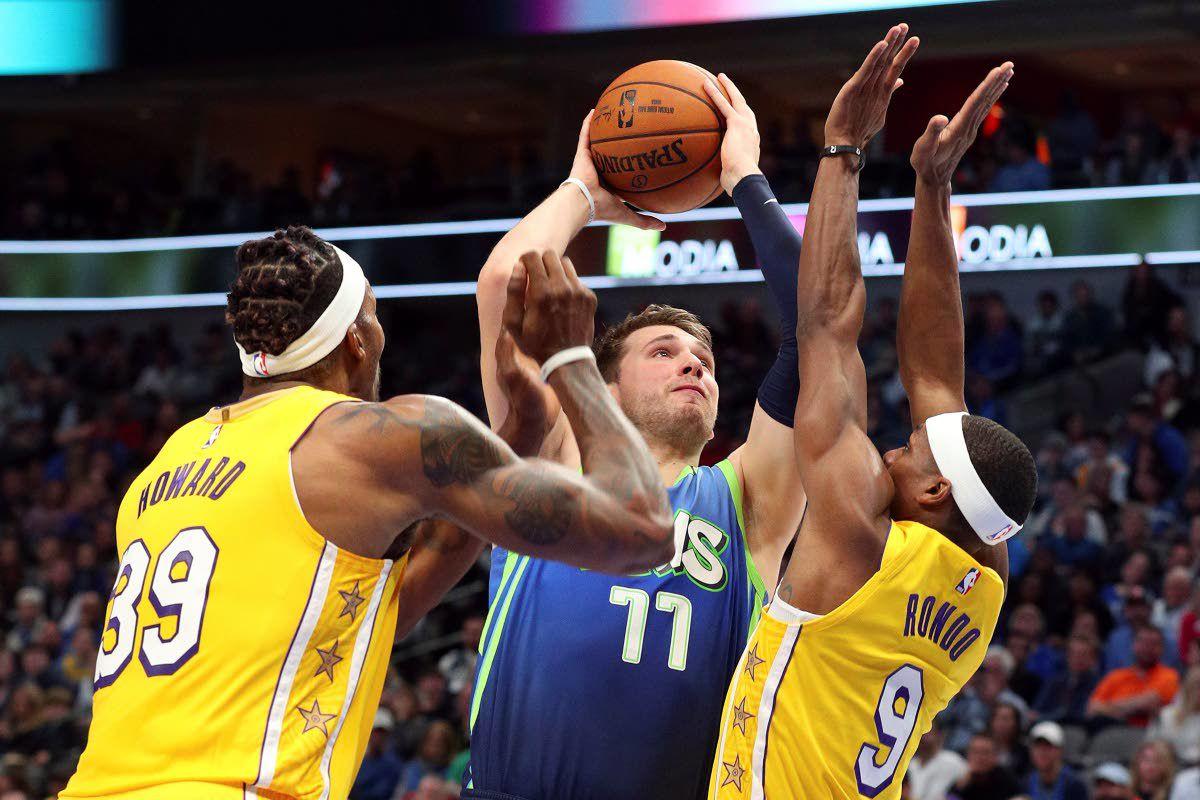 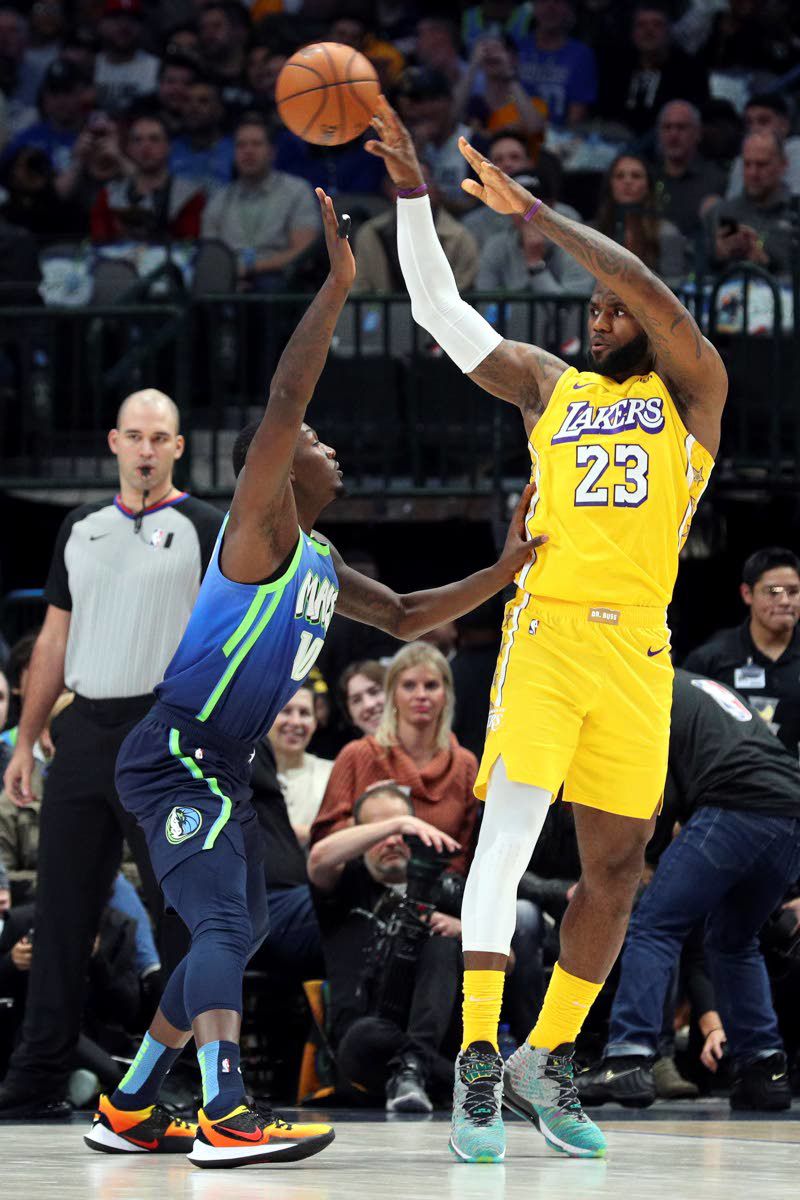 DALLAS — LeBron James drove for easy layups or quick passes to open shooters at the 3-point line early in another meeting with Dallas phenom Luka Doncic.

The 20-year-old Mavericks star played the last few minutes of the first half with a jersey he ripped into a V-neck look on a frustrating night against the player he admired growing up.

James had 35 points and 16 rebounds, Kyle Kuzma scored a season-high 26 points starting in place of injured star Anthony Davis, and the Los Angeles Lakers went up big early in a 129-114 victory over the Mavericks on Friday night.

The four-time MVP scored or assisted on seven of the first nine LA baskets to help build a 22-point lead in the first half, while Doncic missed five free throws while ending up a team-worst minus-24 in scoring margin before halftime.

James was 14 of 25 from the field to help the Lakers shoot 53 percent, and his 16 rebounds were a season high in LA’s seventh consecutive win.

“It’s not about how many you can win in a row,” James said. “It’s just how you continue to get better every individual game and I thought we did that here.”

SACRAMENTO, Calif. — Khris Middleton had 27 points and 11 rebounds, Eric Bledsoe scored 24 and Milwaukee beat Sacramento despite an off night for Giannis Antetokounmpo.

LOS ANGELES — Kawhi Leonard scored 36 points, Lou Williams added 21 and the Clippers rallied from a 10-point deficit at the start of the fourth quarter to defeat Golden State.

PHOENIX Devin Booker scored 24 points, including late back-to-back 3-pointers, and Ricky Rubio came up with a steal and a free throw to help Phoenix rally past Orlando.