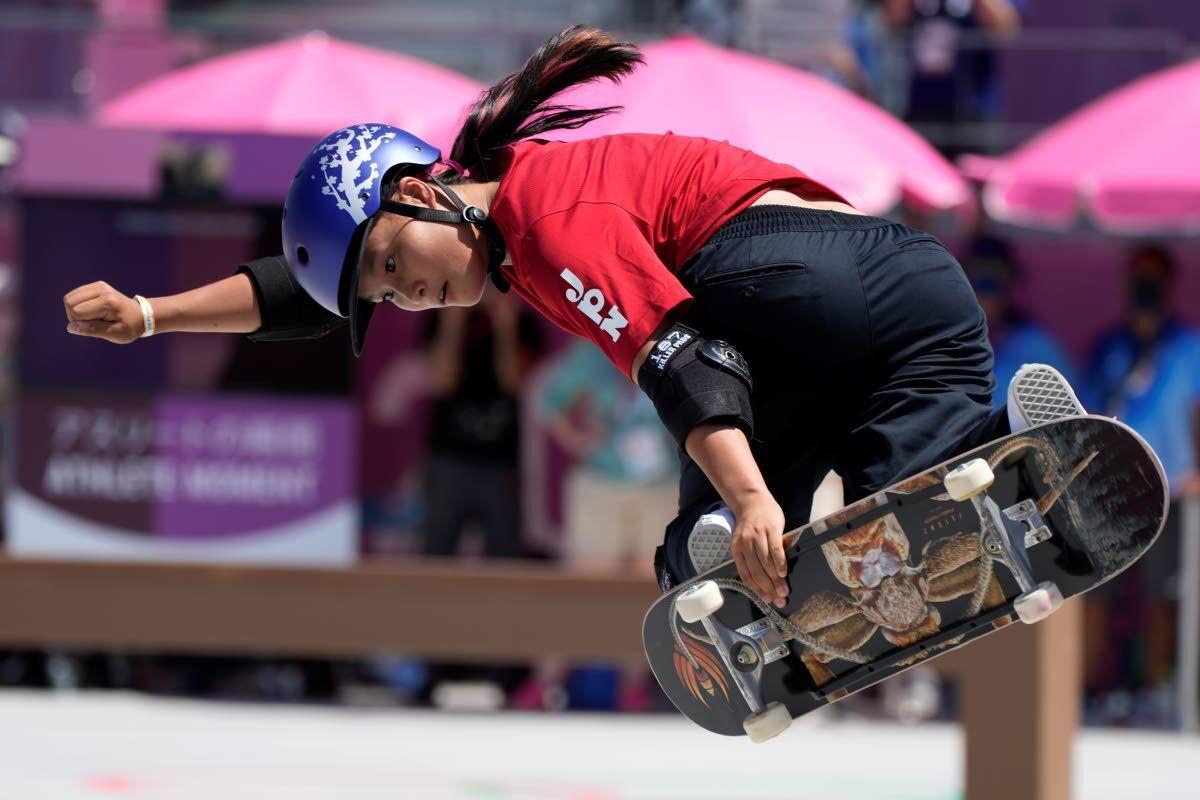 Associated PressSakura Yosozumi, of Japan, competes in the women’s park skateboarding finals at the 2020 Summer Olympics on Wednesday, in Tokyo. 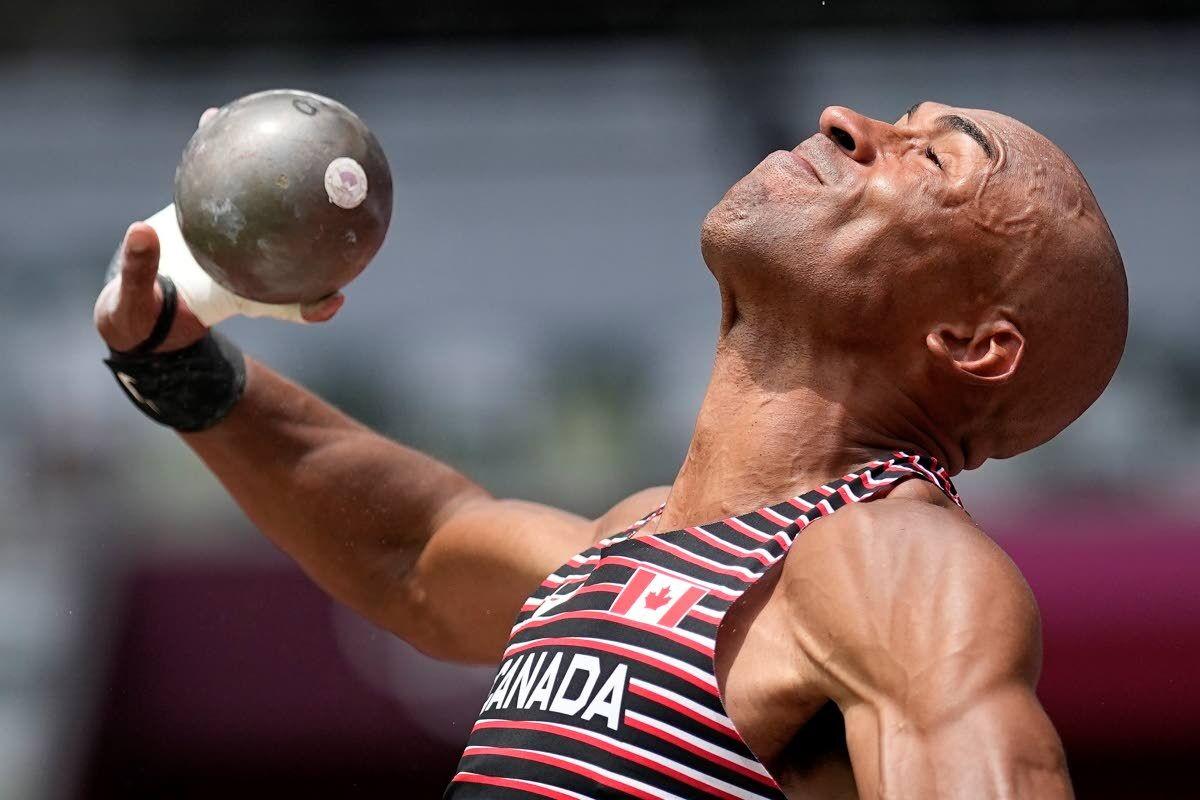 Damian Warner, of Canada, competes in the shot put of the decathlon at the 2020 Summer Olympics, Wednesday, Aug. 4, 2021, in Tokyo. (AP Photo/David J. Phillip) 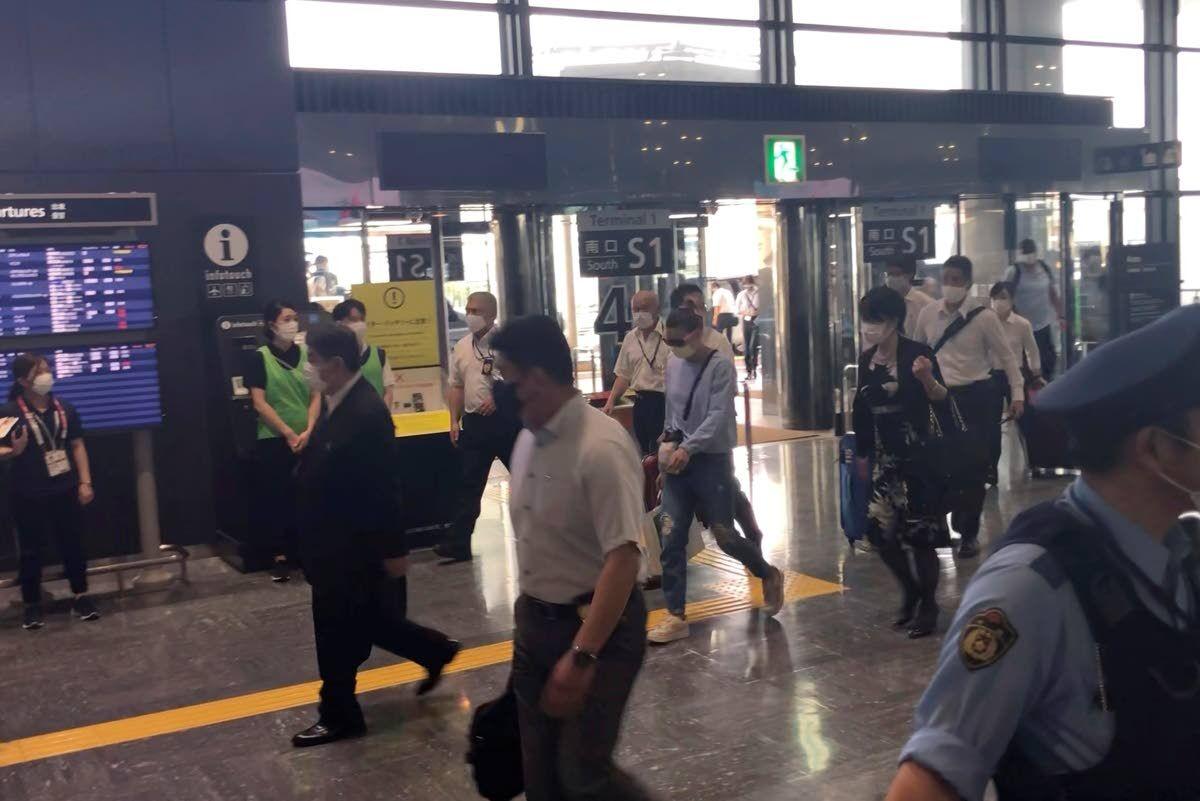 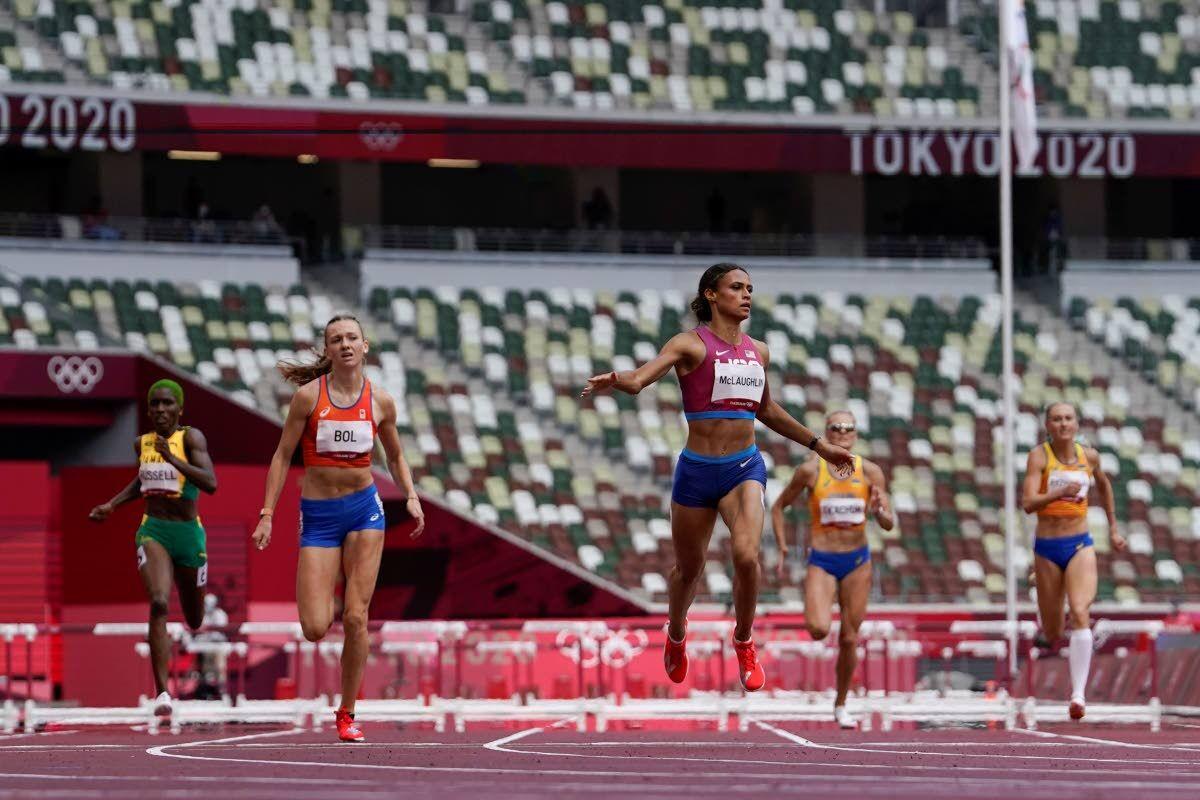 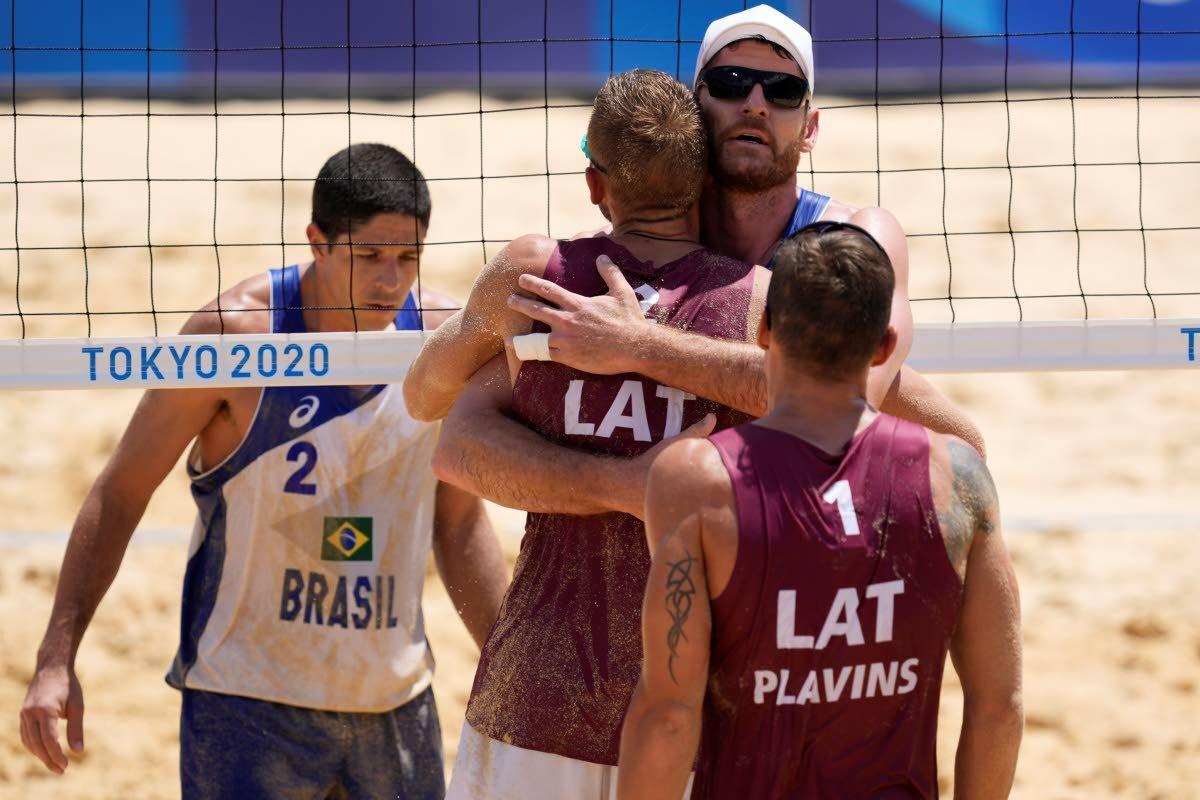 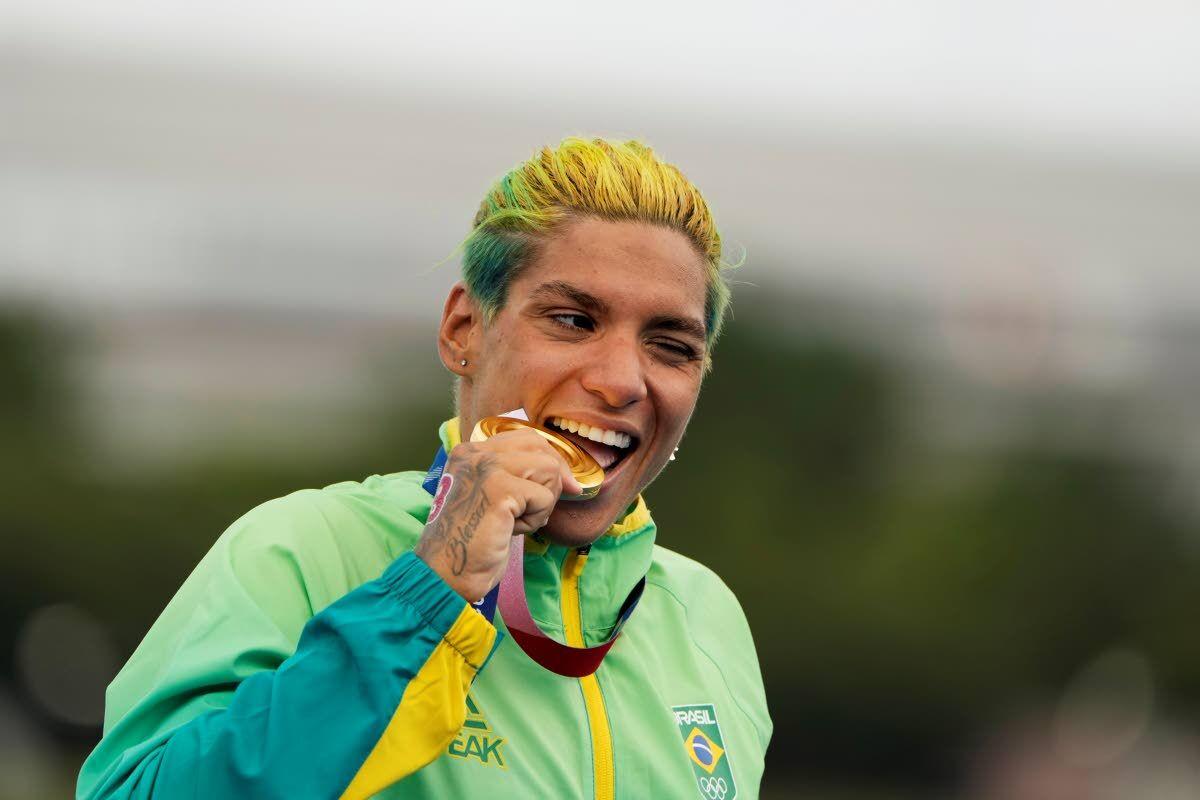 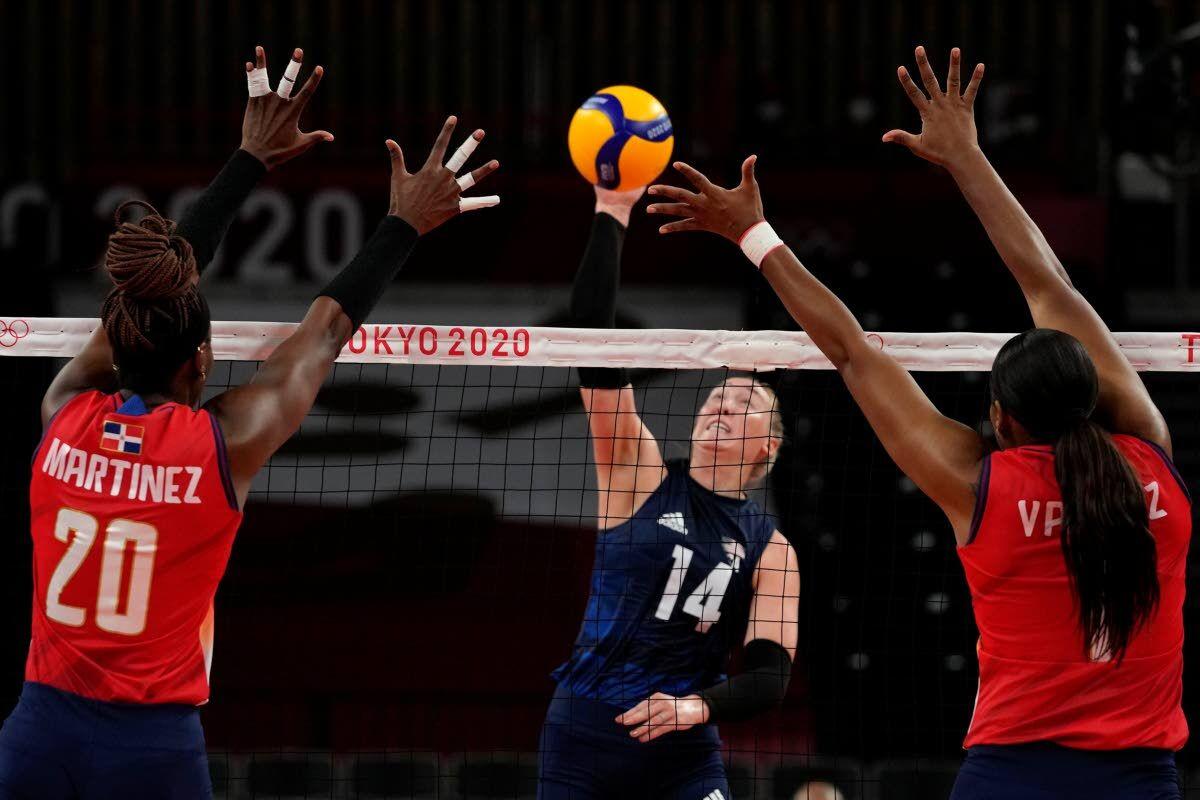 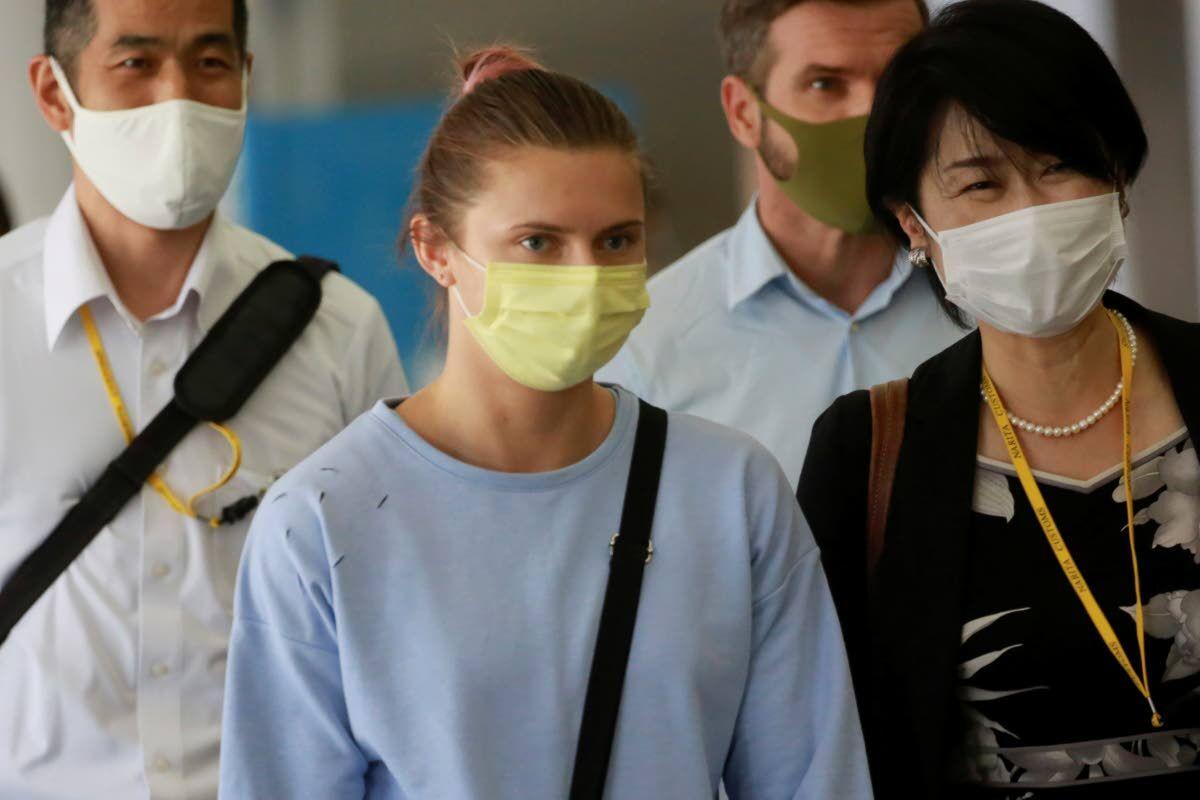 Associated PressSakura Yosozumi, of Japan, competes in the women’s park skateboarding finals at the 2020 Summer Olympics on Wednesday, in Tokyo.

Damian Warner, of Canada, competes in the shot put of the decathlon at the 2020 Summer Olympics, Wednesday, Aug. 4, 2021, in Tokyo. (AP Photo/David J. Phillip)

TOKYO — The Latest on the Tokyo Olympics, which are taking place under heavy restrictions after a year’s delay because of the coronavirus pandemic:

The silver went to Kokona Hiraki, who at 12 became Japan’s youngest Olympic medalist.

Yosozumi won with a trick-filled first run that scored 60.09, the only score to break 60 points in the event at the Ariake Urban Sports Park.

It immediately piled on pressure on the seven other finalists, and none was able to dislodge her. Japanese skaters also took both golds in the men and women’s street events in the first week of the Tokyo Games.

Damian Warner of Canada is leading the Olympic decathlon with 2,966 points after the first three events.

The 2016 Olympic bronze medalist is 223 points clear of fellow Canadian Pierce Lepage and 255 ahead of 2018 world junior champion Ash Moloney of Australia.

Decathlon world record holder Kevin Mayer of France, the Olympic silver medalist from Rio and world champion in 2017, is in fourth spot with 2,662 points.

Thiam was 15th after the 100-meter hurdles but picked up 1,132 points in the high jump by clearing 1.89 meters to take the lead. Bougard moved from fourth place into second by clearing 1.86 and 2019 world champion Katarina Johnson-Thompson moved from seventh to third place on 2,138 points with a best jump of 1.86.

The International Olympic Committee says it will question two Belarus team officials who were allegedly involved in trying to remove a sprinter from the Tokyo Olympics.

IOC spokesman Mark Adams says it’s part of a disciplinary case opened “to establish the facts” in the case of sprinter Krystsina Tsimanouskaya.

After Tsimanouskaya criticized the management of her team on social media, she says officials hustled her to the airport and trying to put her on a plane back to Belarus.

The IOC says the Belarus officials under investigation are Artur Shumak and Yuri Moisevich.

Tsimanouskaya boarded a flight to Vienna on Wednesday, though it wasn’t clear if that was her final destination. Several countries offered to help her and Poland has given her a visa on humanitarian grounds because she fears her life would be threatened in Belarus.

The IOC could suspend the Belarusian national Olympic committee ahead of the closing ceremony on Sunday.

American Sydney McLaughlin has broken her own world record to win the women’s 400-meter hurdles in 51.46 seconds. She edged out Dalilah Muhammad, who won silver to make it a U.S. 1-2 finish.

McLaughlin set the previous world record of 51.90 seconds in June. Muhammad, who set the world record twice in 2019 and won the world championship gold medal that year, finished in 51.58.

Femke Bol of the Netherlands took bronze in 52.03.

A Belarusian Olympic sprinter who had a public feud with officials from her team has boarded a plane to Vienna.

It’s not clear if Austria is Krystsina Tsimanouskaya’s final destination. Several countries had offered to help her, and Poland has granted her a humanitarian visa.

She said in an interview with The Associated Press that officials from her team had “made it clear” she would face punishment if she returned home to an autocratic government that has relentlessly stifled any criticism.

Tsimanouskaya has said she hopes she can continue her career, but for now her safety is the priority. After she criticized the management of her team on social media, she accused officials of hustling her to the airport and trying to put her on a plane back to Belarus.

She was seen in Tokyo on Wednesday morning entering Narita International Airport surrounded by an entourage.

Brazil is out of the men’s beach volleyball tournament at the Olympics, and Latvia can take the credit.

Latvia’s Martins Plavins and Edgars Tocs beat 2016 gold medalist Alison and his partner Alvaro Filho 21-16, 21-19 on Wednesday. The Latvians knocked out the other Brazilian men’s team -- with Alison’s partner in Rio de Janeiro, Bruno Oscar Schmidt -- in the round of 16 on Monday.

Only one of the two Brazilian women’s teams has survived the quarterfinals, meaning the traditional beach volleyball power can win at most one medal in Tokyo. That will be its worst performance since the sport was added to the Summer Games in 1996.

In the other morning quarterfinal, top-seeded Anders Mol and Christian Sorum of Norway eliminated Russia. The Norwegians finished atop the qualification points list but lost to Russians Ilya Leshukov and Konstantin Semenov in the round robin.

Cunha touched first in 1 hour, 59 minutes, 30.8 seconds on Wednesday morning, finishing nine-tenths of a second ahead of defending champion Sharon van Rouwendaal of the Netherlands.

Cunha won her first medal in her third Olympics. She was 10th five years ago in Rio de Janeiro and fifth in the 2008 Beijing Games.

The seven-lap course in Tokyo Bay featured a backdrop of skyscrapers, the Rainbow Bridge and the nearby floating Olympic rings.

The air temperature during the latter stages of the race was 86 degrees Fahrenheit (30 Celsius), with 74% humidity that made it feel like 95 degrees (35 C).