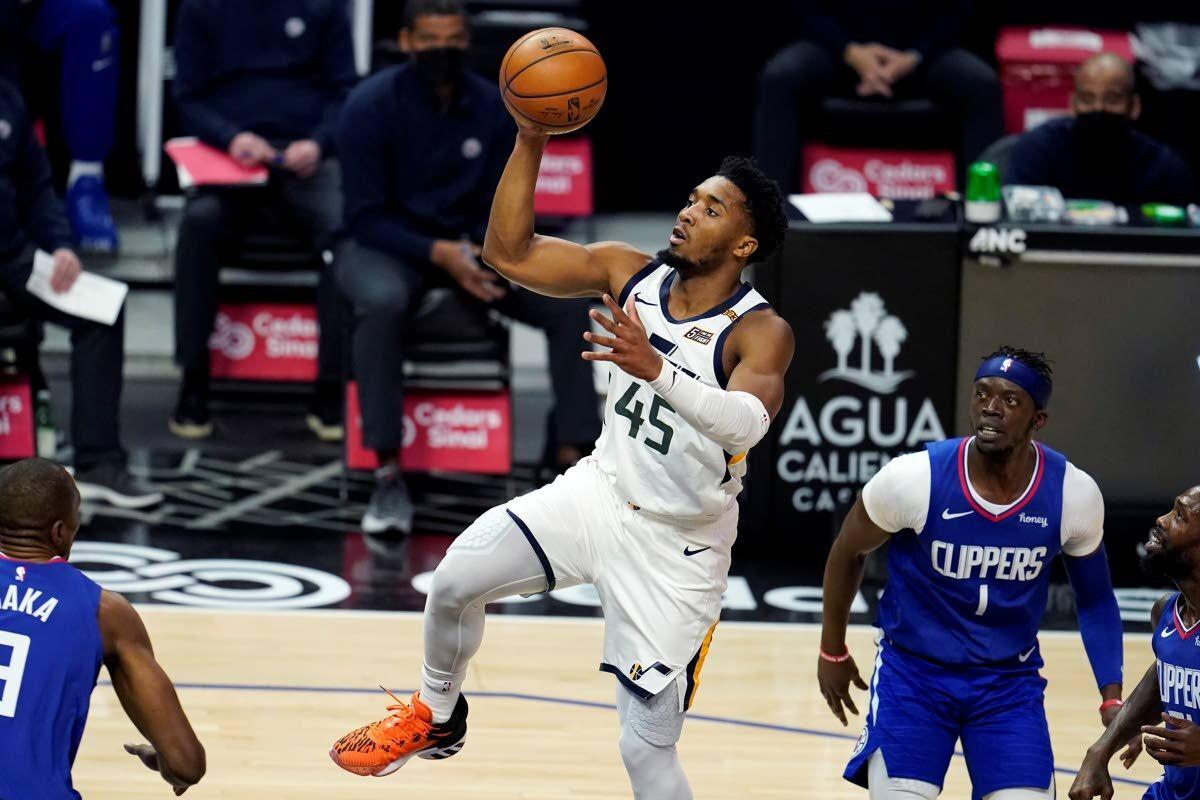 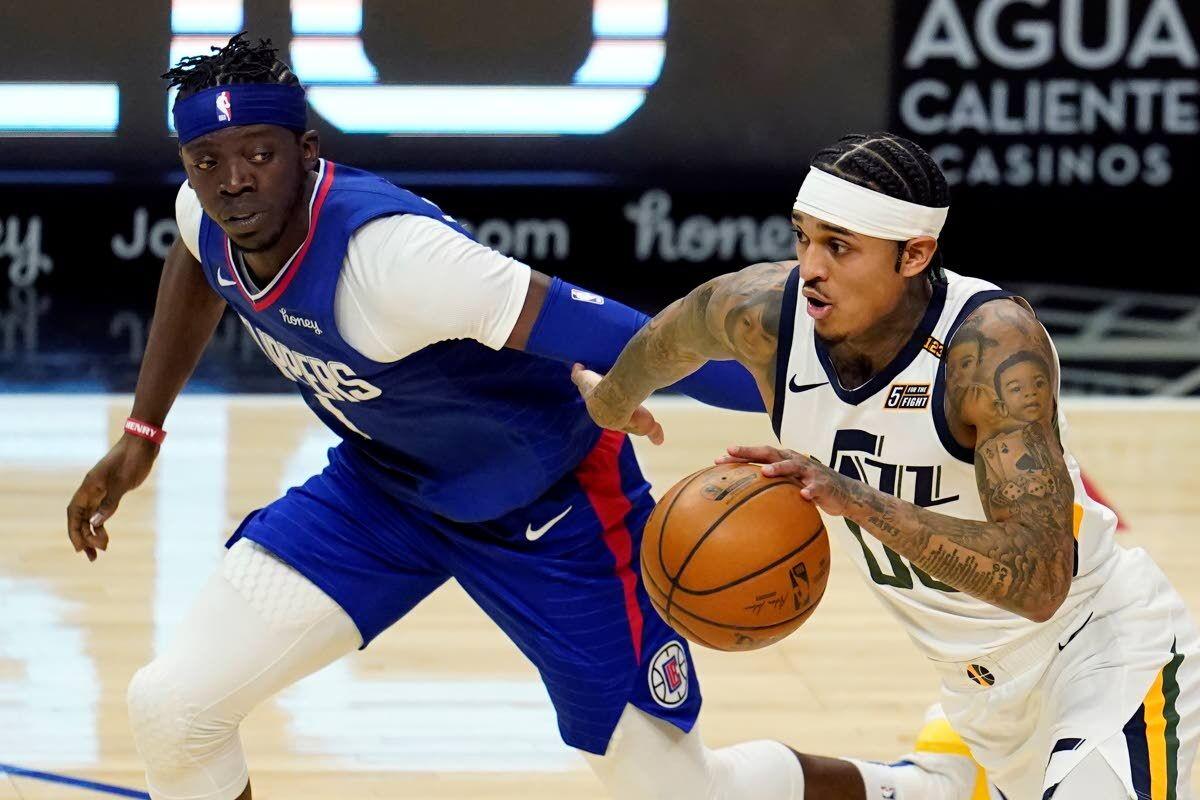 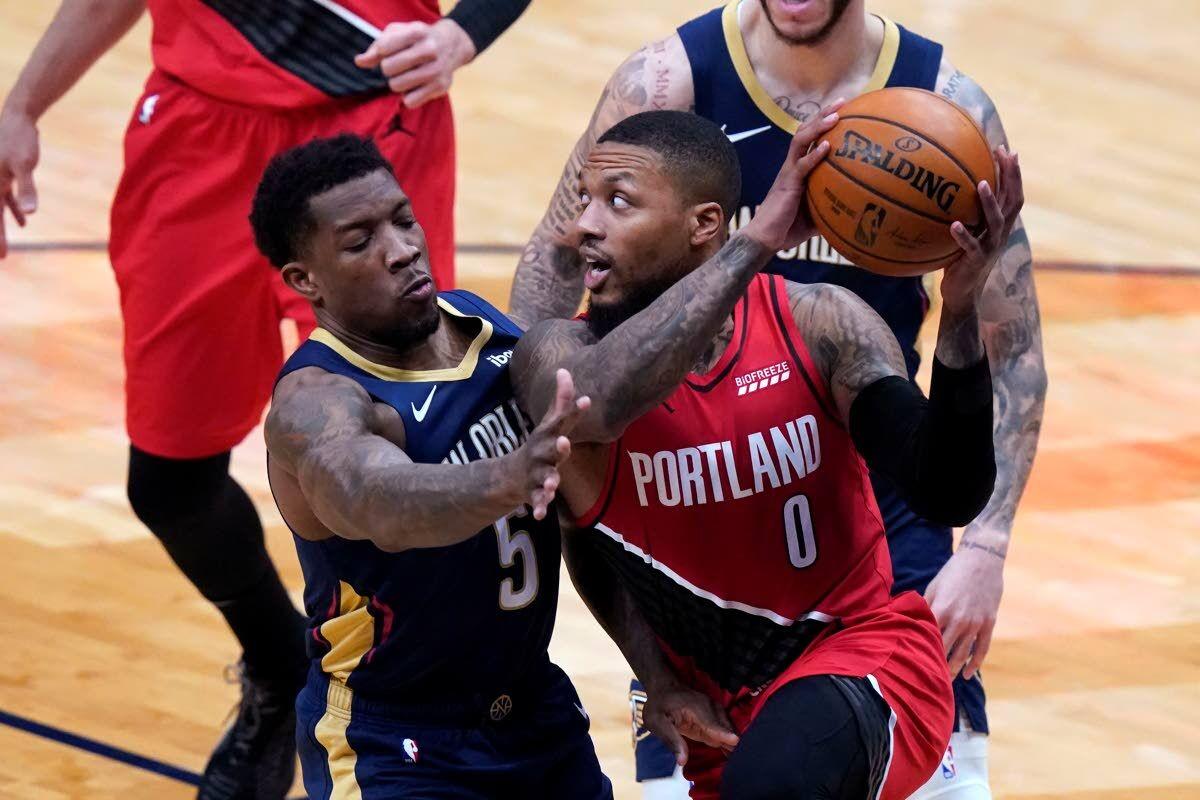 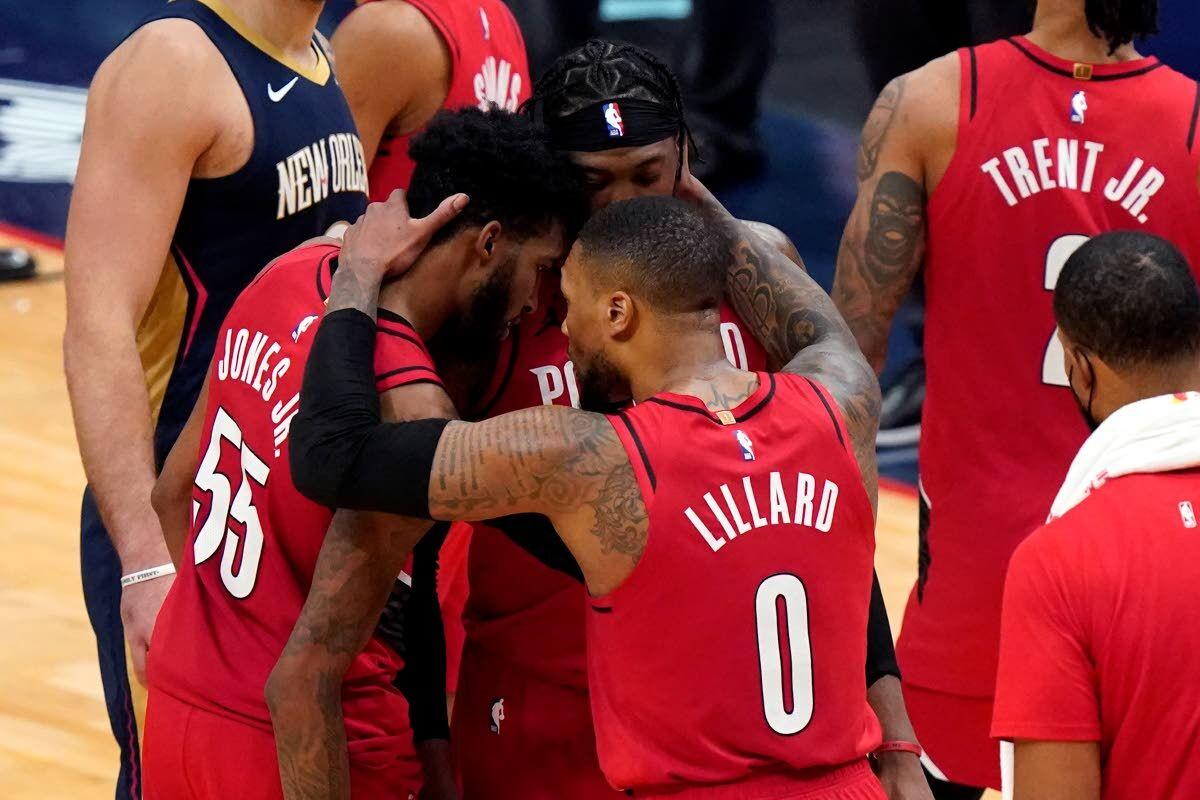 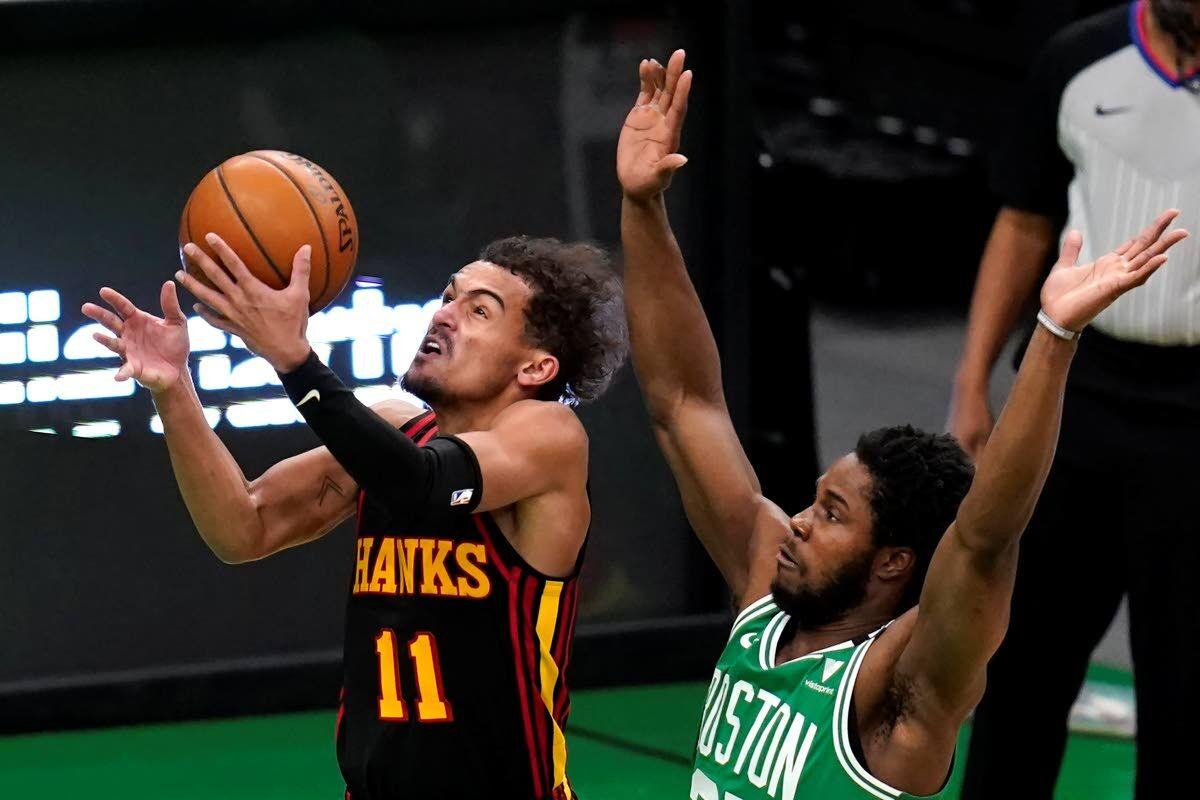 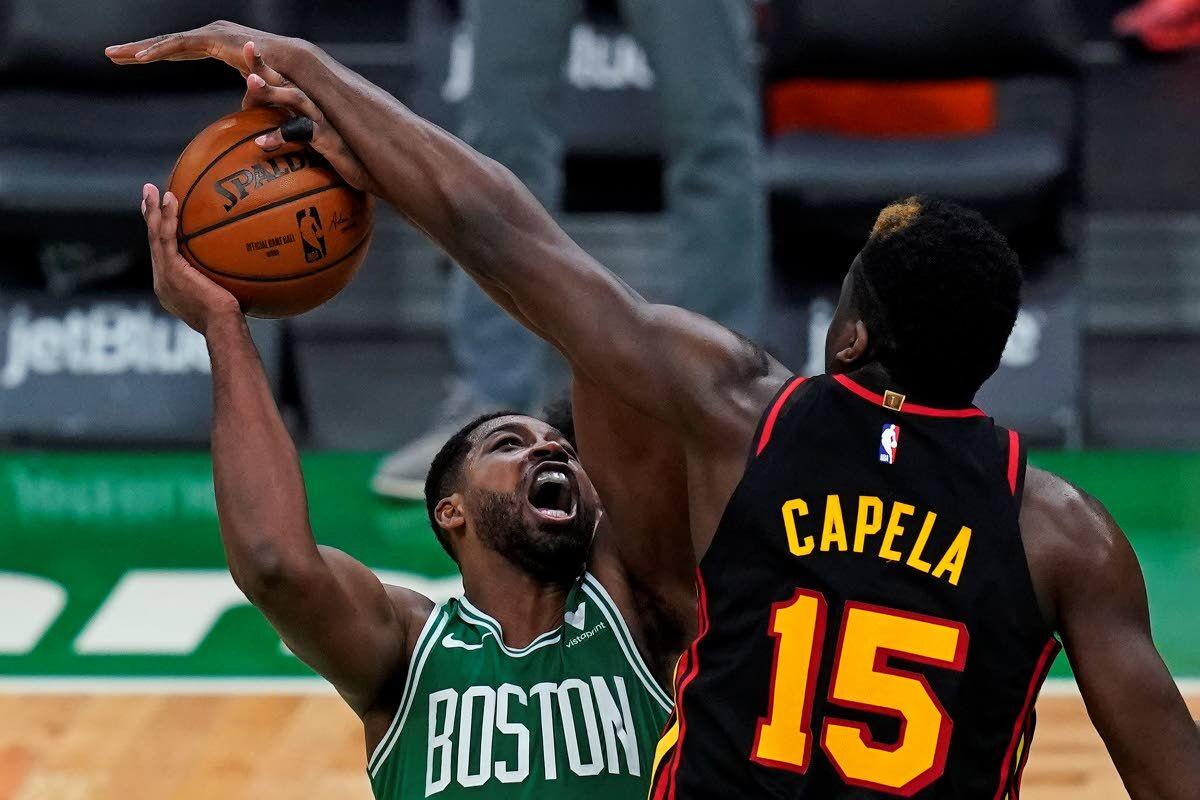 Jordan Clarkson scored 18 points to help the NBA-leading Jazz improve to 24-5 with their 20th win in 21 games. After three tight quarters, Utah broke it open in the fourth to win this matchup of Western Conference powerhouses — although it wasn’t a proper showdown with the Clippers missing injured superstars Kawhi Leonard and Paul George.

The Jazz beat the Clippers for the ninth time in the last 12 matchups despite a rough first half that didn’t resemble Utah’s impressive recent play. Utah opened up a tight game with a 14-2 run spanning the third and fourth quarters, followed by a 16-3 run to put it away.

The Clippers were profoundly disadvantaged in this heavyweight matchup: Leonard missed his third straight game with a bruised leg, and George missed his seventh straight with an injured toe. Nicolas Batum also sat out with a concussion, leaving LA without three regular starters.

Lillard had 11 fourth-quarter points and was clutch in the final seven minutes. JJ Redick gave the Pelicans a 105-103 lead with 7:34 left, capping a 7-0 New Orleans run, but Lillard then came off the bench and immediately hit a 3-pointer as Portland regained the lead. Anfernee Simons added a 3-pointer on the next possession to make it 109-105.

The Pelicans retook the lead on a pair of 3-pointers by Lonzo Ball and Redick and led for the final time at 124-123 with 26.4 seconds left after Zion Williamson made two free throws. Williamson finished with 36 points.

But Lillard drove past Ball on the left side of the lane for the layup and drew contact to put Portland up 126-124.

The Pelicans had a final chance, but Ball missed a 3-pointer and Brandon Ingram threw up an airball at the buzzer.

Clint Capela had 24 points and 13 rebounds to help Atlanta win in Boston for the first time since April 8, 2018, ending a seven-game losing streak. John Collins added 20 points and six rebounds.

Jayson Tatum had 35 points for Celtics. They have lost five of seven.

PHILADELPHIA — Joel Embiid had 31 points, 11 rebounds and nine assists and hit a key jumper late in Philadelphia’s victory over Houston.

John Wall scored 28 points for Houston. The Rockets have lost seven in a row.

WASHINGTON — Bradley Beal made two free throws with a tenth of a second left and Washington beat Denver for its third straight victory.

Davis Bertans had career highs with nine 3-pointers and 35 points, Beal finished with 25 points and a season-high 10 assists, and Russell Westbrook had a triple-double with 12 points, 13 rebounds and 12 assists. Washington has won three straight for the first time since Dec. 1-5, 2018.

Jamal Murray led Denver with 35 points, and Nikola Jokic scored 33 points. Murray scored Denver’s final 11 points, with his 3-pointer tying it at 128 with 2.1 seconds left. Coming off a loss at Boston on Tuesday night, Denver allowed its highest points total of the season.

ORLANDO, Fla. — Terrence Ross scored 18 of his season-high 30 points in the second half and Orlando Magic used a decisive third-quarter run to beat New York.

Orlando went on a 25-8 run over the final nine minutes of the third quarter and outscored New York 30-14 in the period to wipe out a three-point halftime deficit.

Nikola Vucevic had 16 points and 17 rebounds for Orlando.

Julius Randle had 25 points and seven rebounds for New York.

The Pacers played their second straight overtime game, coming off an OT loss to Chicago on Monday.

Karl-Anthony Towns had 30 points and 10 rebounds for Minnesota. Malik Beasley added 31 points in his first game of the season off the bench.

MEMPHIS, Tenn. — Grayson Allen and Jonas Valanciunas each scored 22 points, and Ja Morant had 15 points, 11 rebounds and 12 assists for his first triple-double of the season and Memphis beat Oklahoma City.

Shai Gilgeous-Alexander led the Thunder with 22 points in his return after missing four games because of a strained left knee.

The Bulls were scheduled to visit Charlotte, with the Pistons at Dallas. Those games got called off Tuesday by the NBA because of COVID-19 contact tracing concerns with the Hornets and power outages in Texas. The Bulls and Pistons were then scheduled to play each other, instead.

Jerami Grant scored a career-high 43 points for the Pistons.