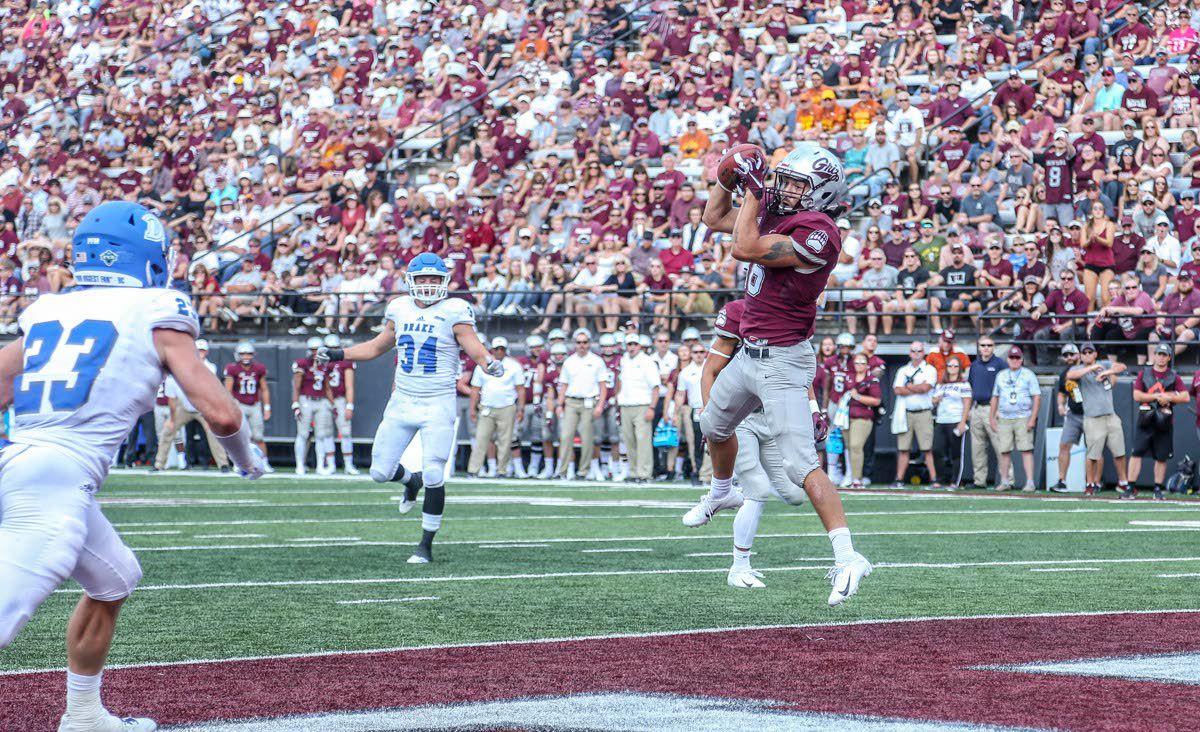 Montana receiver Jerry Louie-McGee (right) catches a touchdown in a 2018 game against Drake. Louie-McGee, who’s from Coeur d’Alene, is a valuable return-man and flex option at receiver. 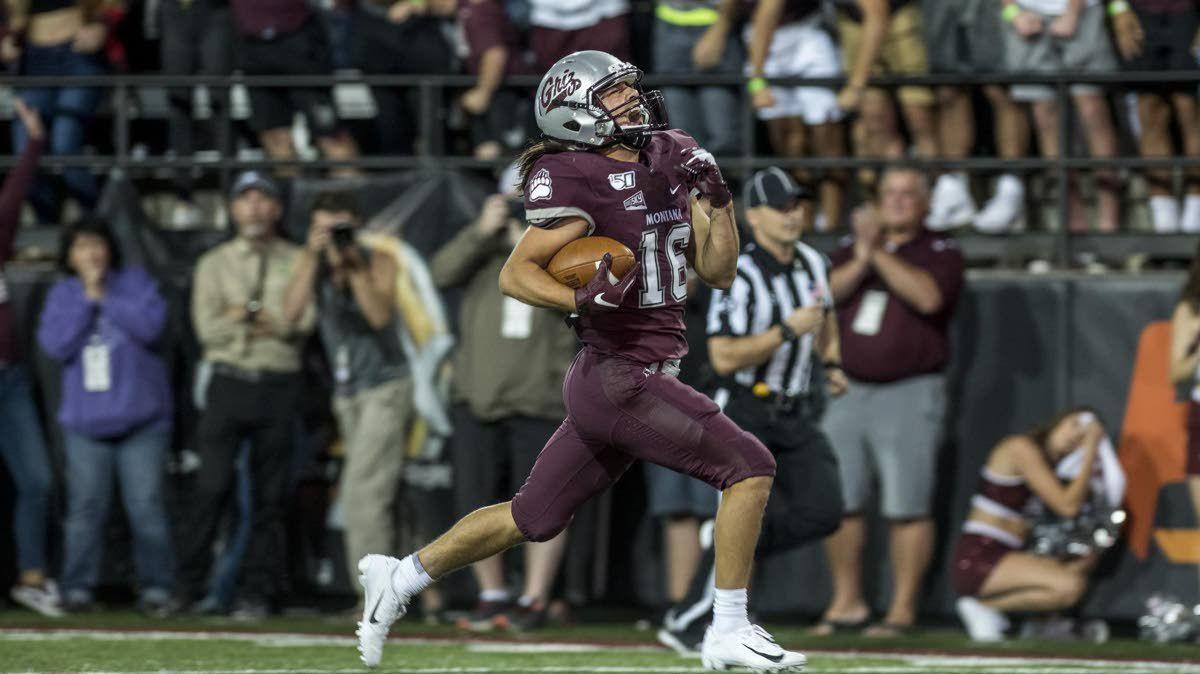 Montana receiver Jerry Louie-McGee (right) catches a touchdown in a 2018 game against Drake. Louie-McGee, who’s from Coeur d’Alene, is a valuable return-man and flex option at receiver.

For sixth-ranked Montana, it’s just like old times — the Grizzlies’ football team puts up yards and points as if it was College Football Hall of Famer Dave Dickenson still running the offense.

They’ve got the defense to comfort the spoiled skill-player corps too.

“They had a good program, always have, always will,” said Idaho coach Paul Petrino, who faced the Griz and that star quarterback as a Vandals assistant in the mid-1990s.

On Oct. 19, flashy senior Dalton Sneed went down with a reported ankle injury in a loss at Sacramento State. Since then, junior Cam Humphrey has stepped in, and the offense hasn’t lost much validity.

Humphrey and his tendency to throw it deep led the Griz to handlings of Eastern Washington and Portland State in recent weeks. He’s 54-of-87 passing for 693 yards, six touchdowns and no interceptions.

“Dalton wanted to play last week,” Hauck said. “He went out, warmed up. We didn’t think it was in his best interest and didn’t think he was ready, so we didn’t let him play.

“We’ll see this week how it goes.”

Sneed, one of the best quarterbacks in the Big Sky, ran all over UI for 129 yards and a score, and threw for 220 more yards and another three touchdowns in the Griz’s 46-27 rout of the Vandals in 2018 at the Kibbie Dome.

Sneed’s been the catalyst in UM’s turnaround from middle-of-the-pack to almost at the top of it in 2019, Hauck’s second year back at the helm after eight years coaching elsewhere.

“Not sure if (Humphrey) can run as well (as Sneed),” Petrino said. “He can throw it, he’s accurate. ... He likes to stand in the pocket a little bit more.”

Or as Louie-McGee puts it: “Cam, he’s a great quarterback too. People underrate him.”

If Humphrey has time, that doesn’t bode well for the Vandals (4-5, 2-3) when they return to Washington-Grizzly Stadium at noon Saturday (Root Sports) for their first game in Missoula in 15 years, and first Big Sky contest there since losing 45-21 to first-ranked Dickenson and Co. in 1994.

Akem’s a deep-ball target, who UI couldn’t cover last season. Toure, standing 6-foot-3, complements Akem’s play as a high-point target. The 5-9 Louie-McGee mostly has been responsible for screens and sweeps. He’s also one of the league’s top return men.

“We’ve got a lot of guys, and guys that can back them up too,” Louie-McGee said. “I don’t think I ever had a worry going into this season, and not just offensively, but also the ‘team’ aspect.”

Montana’s offensive line, which Hauck voiced concerns about at the conference’s media days this summer, is “exceeding expectations” when blocking for shifty breakout running back Marcus Knight, who’s compiled 745 yards and a league-high 13 scores on 154 carries.

“He brings a whole new dynamic to the O,” Louie-McGee said of Knight. “You can use him as a receiver. ... His ability to make people miss is so unique.”

The Griz can slow it down or speed it up as needed, but behind one of the Big Sky’s premier defensive fronts, they haven’t been forced into as many shootouts as they’d been used to.

Montana’s soft spot remains its pass coverage, which allows a league-worst 302 yards per week and has been bitten on deep routes. The secondary’s been bailed out by the run-stop.

The Grizzlies’ three-man front, hard-hitting safeties and hard-headed linebackers comprise the conference’s No. 3 rushing defense. They’re fifth in the league with 21 sacks.

“They’ve been a big pressure team this year,” Petrino said. “They dropped eight against us quite a bit (last year), honestly, probably more than anybody else did.”

By all appearances, Bobby Hauck just needed a year to adjust his team into one resemblant of any in his tenure from 2003-09, a span in which the Griz won a league title every season.

“He’s an old-style, hard-nosed and blue-collar kinda coach, and I think that’s exactly what we needed,” said Louie-McGee.