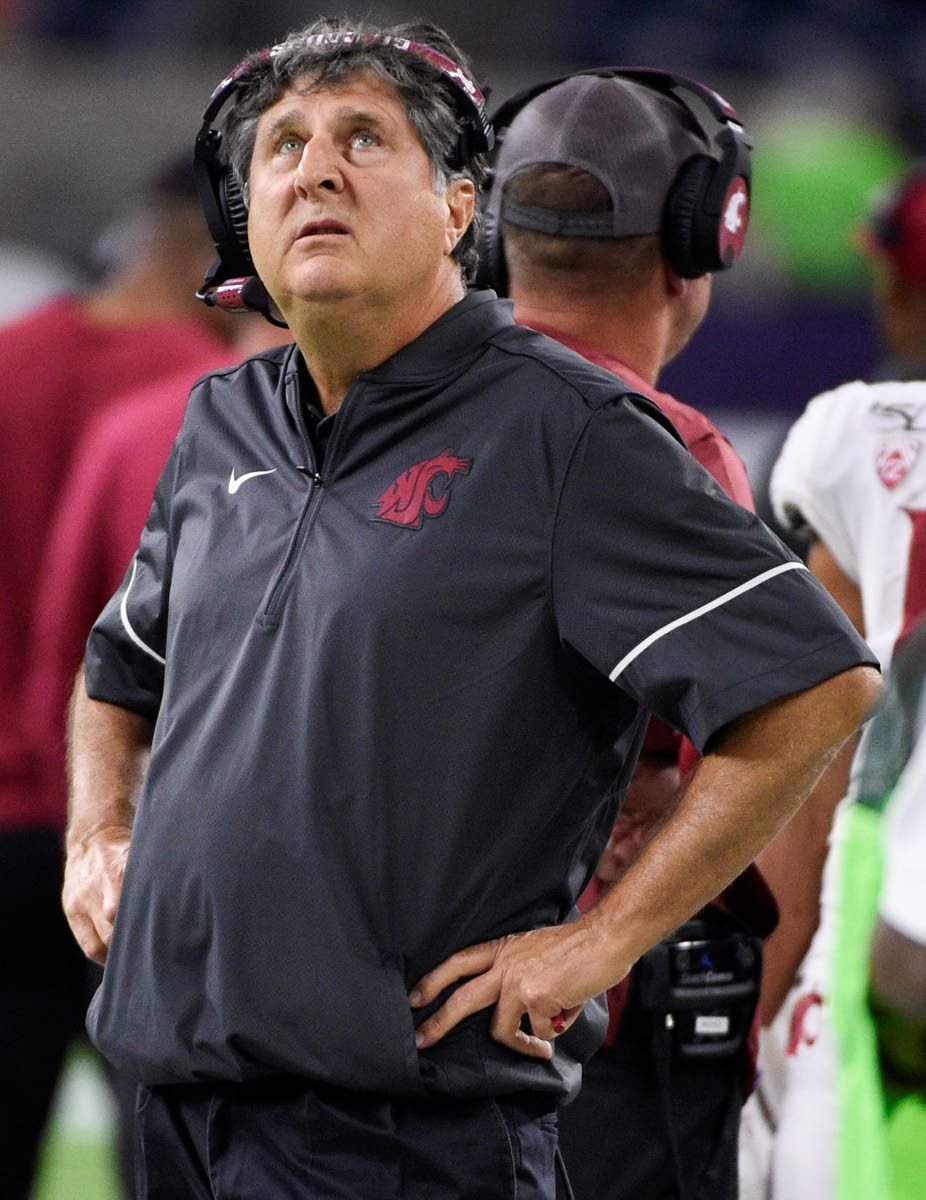 Washington State coach Mike Leach stands along the sideline during a game against Houston on Sept. 13 in Houston. 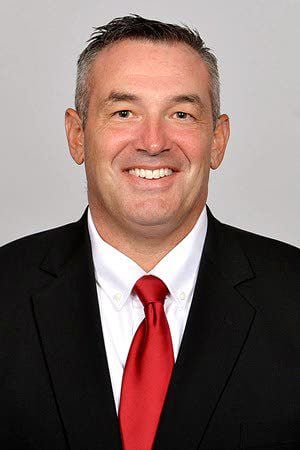 Even before the resignation of his defensive coordinator last week, Washington State coach Mike Leach wanted the Cougars to simplify their Xs and Os on that side of the ball, he said Monday.

So that will be part of the objective as defensive coaches move forward without Tracy Claeys.

“We didn’t have a shortage of strategy — we had too much strategy,” Leach said at his weekly news conference. “You can have all the strategy in the world. Everybody thinks there’s some secret recipe, or ‘If somebody had just said this, or just run that.’ Well, it’s never like that. It never has been.”

Leach drew no connection between those comments and the departure of Claeys, whose motivation for leaving was hazy, he implied.

But Claeys had hinted at philosophical differences with unnamed persons in a Twitter post Friday night, saying “The defense has struggled and I am responsible. We couldn’t agree on solutions so the SPEED D is better with new leadership!”

Washington State also learned its home game against Colorado on Oct. 19 will kick off at 4 p.m. and will be televised by ESPN2 or ESPNU. A limited number of tickets remain available.

Leach has seemed pleased with Claeys’ work throughout most of his 18-game tenure as DC. But the Cougars’ run defense has been spotty this season, and problems with all aspects of the D arose during back-to-back losses of 67-63 to UCLA and 38-13 to Utah. Claeys resigned last Tuesday, though news of the move didn’t break until three days later.

“Everybody was pretty stunned,” Leach said Monday, declining to offer details about his dialogue with Claeys.

“I’m definitely not sharing my elements of any conversation with anybody, because it’s none of your business,” he said. “But then the other thing is, to be honest, a lot of you guys probably know as much about it as I do, from the standpoint he chose to resign for his own reasons, which he wasn’t very specific about. I think as people go through things — and everybody is dealing with something — then all of a sudden you select a different course. And he did. It was sudden and it was in the middle of things, but we wish him the best.”

Linebackers coach Roc Bellantoni was named interim defensive coordinator last week, and he’ll be assisted closely by cornerbacks coach Darcel McBath, who’s being described as interim co-DC. Leach said Monday that Bellantoni will view games from the press box, as Claeys did, and McBath will be “the voice on the sideline.”

“We have some really good coaches on defense that will put together the game plan and filter it out,” Leach said. “I think we’ve got to make it a little simpler. We’re well on our way to doing that.”

Simplicity is an important concept for Leach, with his commitment to endless repetition and precise execution. It’s a trademark of his Air Raid offense, and he prefers his defensive and special-teams coaches to emphasize it as well. He said the entire team did a reasonably good job of keeping things simple during its 11-2 season last year.

“No matter what you’re doing, you’ve got to keep an eye on that,” Leach said. “As you go through the season, things tend to grow a little bit.”

In taking interim reins of the WSU defense, Bellantoni will draw on his experience as DC for three years at Florida Atlantic. He’s in his first year with the Cougars, having spent the previous two seasons as special-teams coordinator and defensive-ends coach at Buffalo.

For McBath, the interim co-DC title marks a prodigious rise. He had no prior experience as an on-field coach before being put in charge of WSU cornerbacks last year. Before that, he was a defensive quality-control coach for two years, first at North Texas and then at Wazzu. He was a defensive back for Leach at Texas Tech, graduating in 2008 before spending five years playing in the NFL.

Leach said he’ll wait until the end of the season before naming a permanent defensive coordinator.