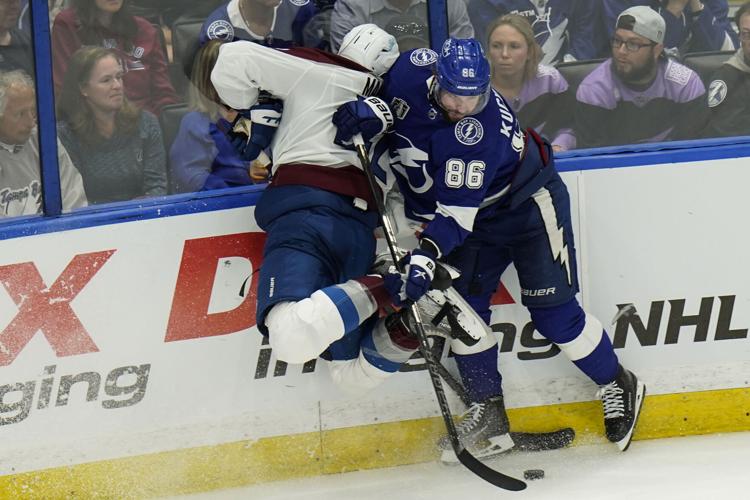 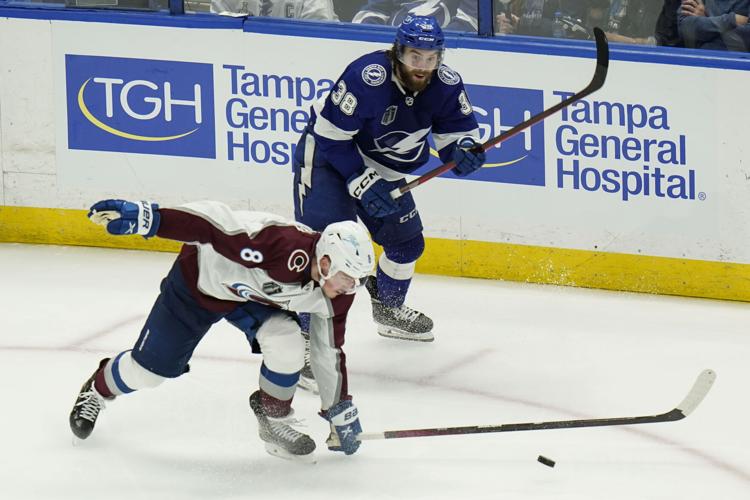 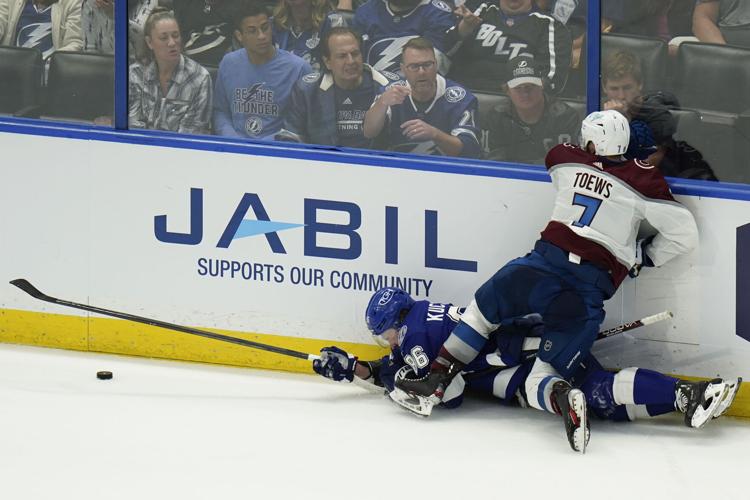 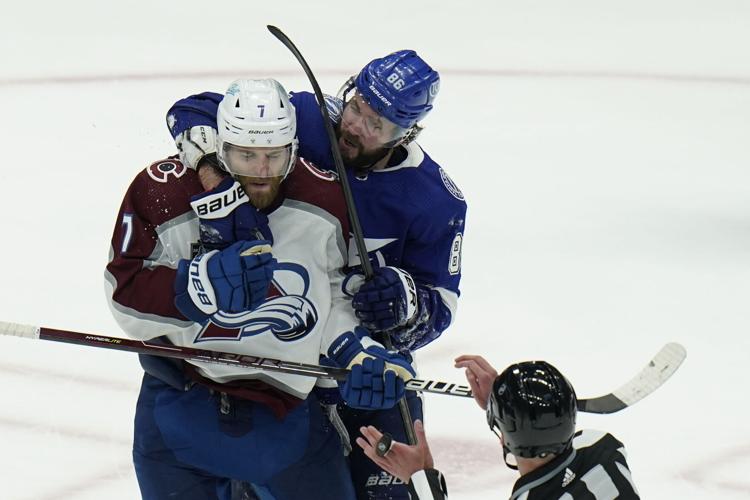 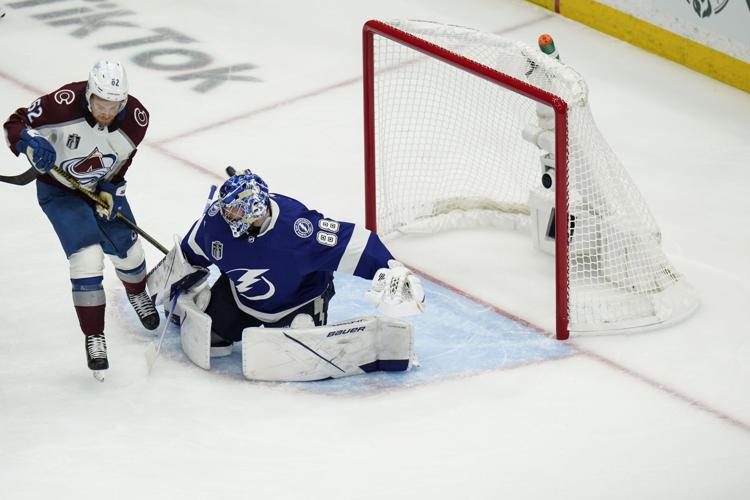 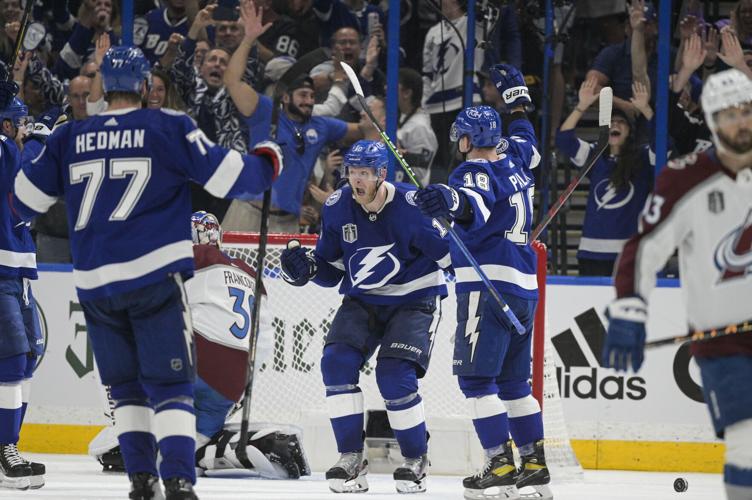 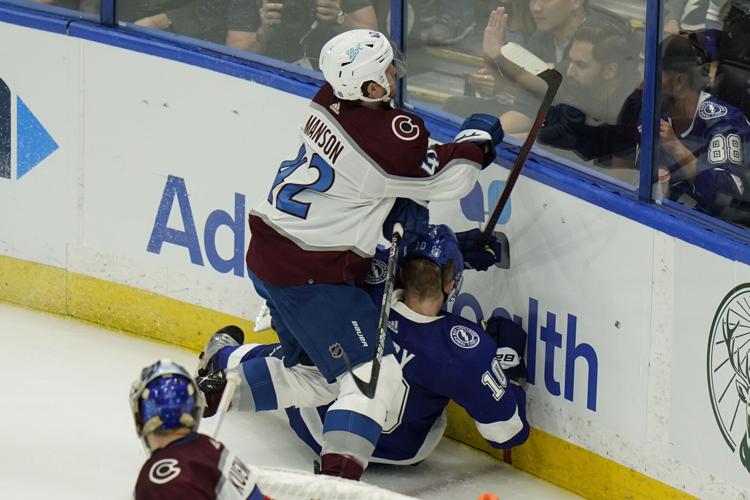 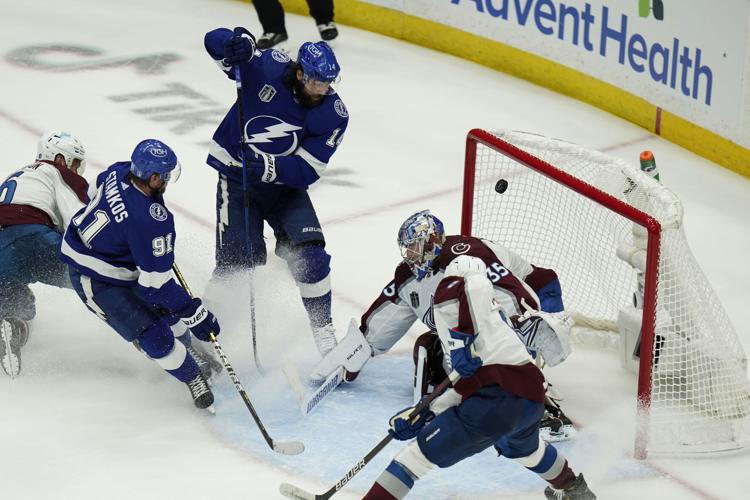 TAMPA, Fla. — Steven Stamkos, Pat Maroon and Ondrej Palat each had a goal and an assist, and the Tampa Bay Lightning scored four times in the second period to beat the Colorado Avalanche 6-2 Monday night in Game 3 of the Stanley Cup Final.

Stamkos, Paul, Maroon and Perry scored in the second period, when the Lightning chased Colorado goalie Darcy Kuemper while pulling away to trim their series deficit to 2-1.

Gabriel Landeskog had two goals and Mikko Rantanen had two assists for the Avalanche. Kuemper gave up five goals on 22 shots before he was replaced by Pavel Francouz, who finished with nine saves.

Game 4 is Wednesday night at Amalie Arena, where the Lightning have won a franchise-record eight straight playoff games and Colorado lost on the road for the first time this postseason.

Two nights after being limited to just 16 shots in a 7-0 loss in Denver, the Lightning rebounded by finally finding way to neutralize Colorado’s speed and solve Kuemper to avoid falling to the brink of elimination.

The defending champs became the first team since 1919 to win a Stanley Cup Final game after losing by seven-plus goals the previous game.