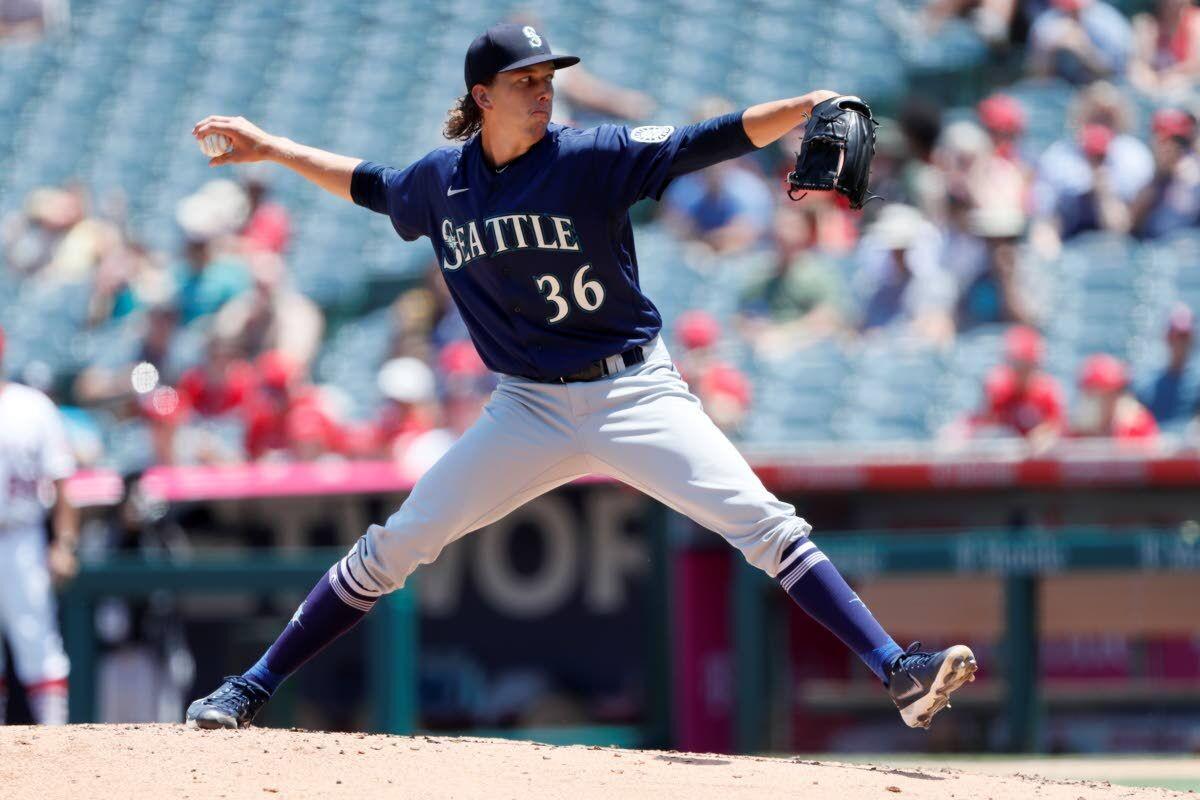 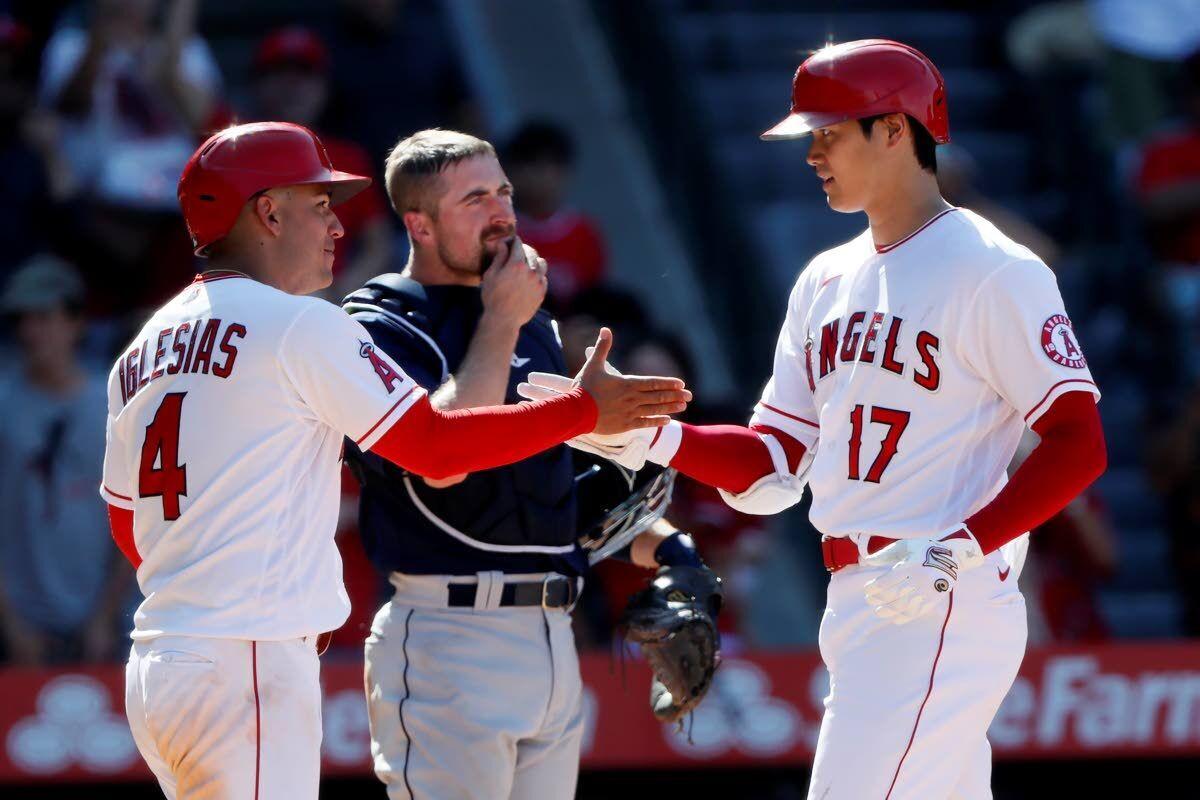 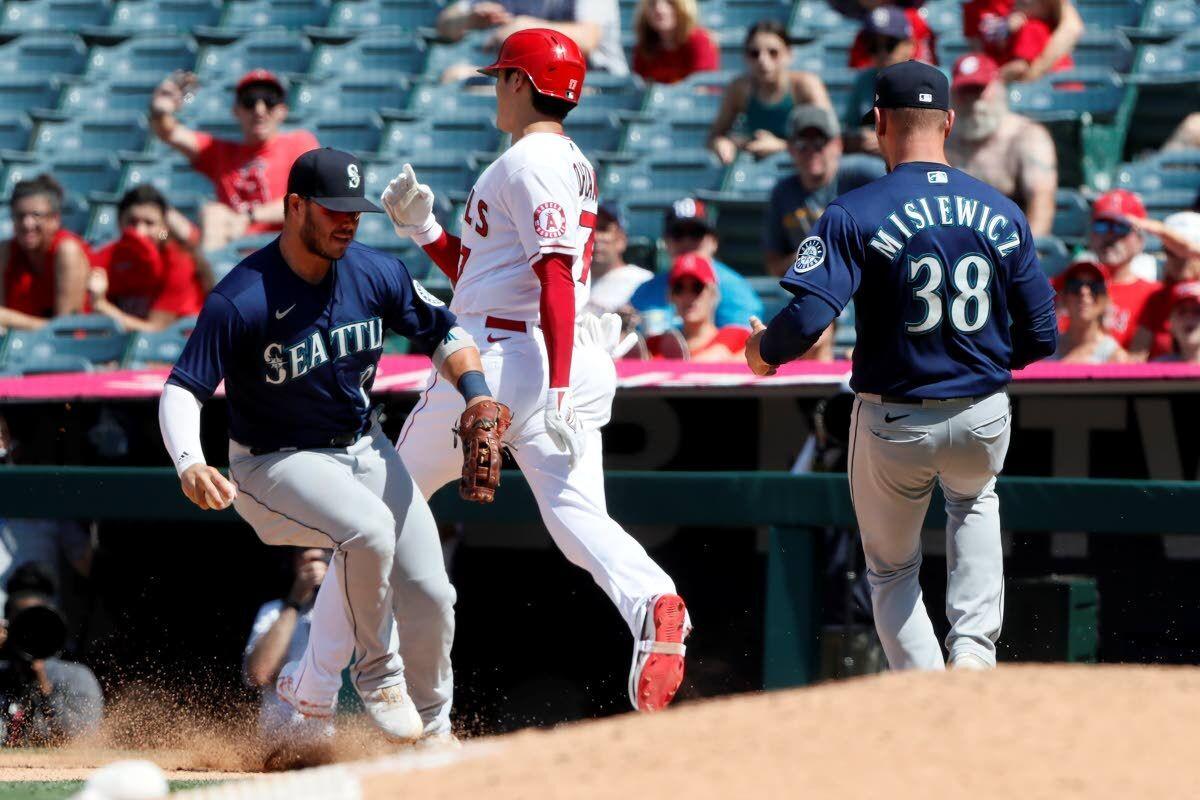 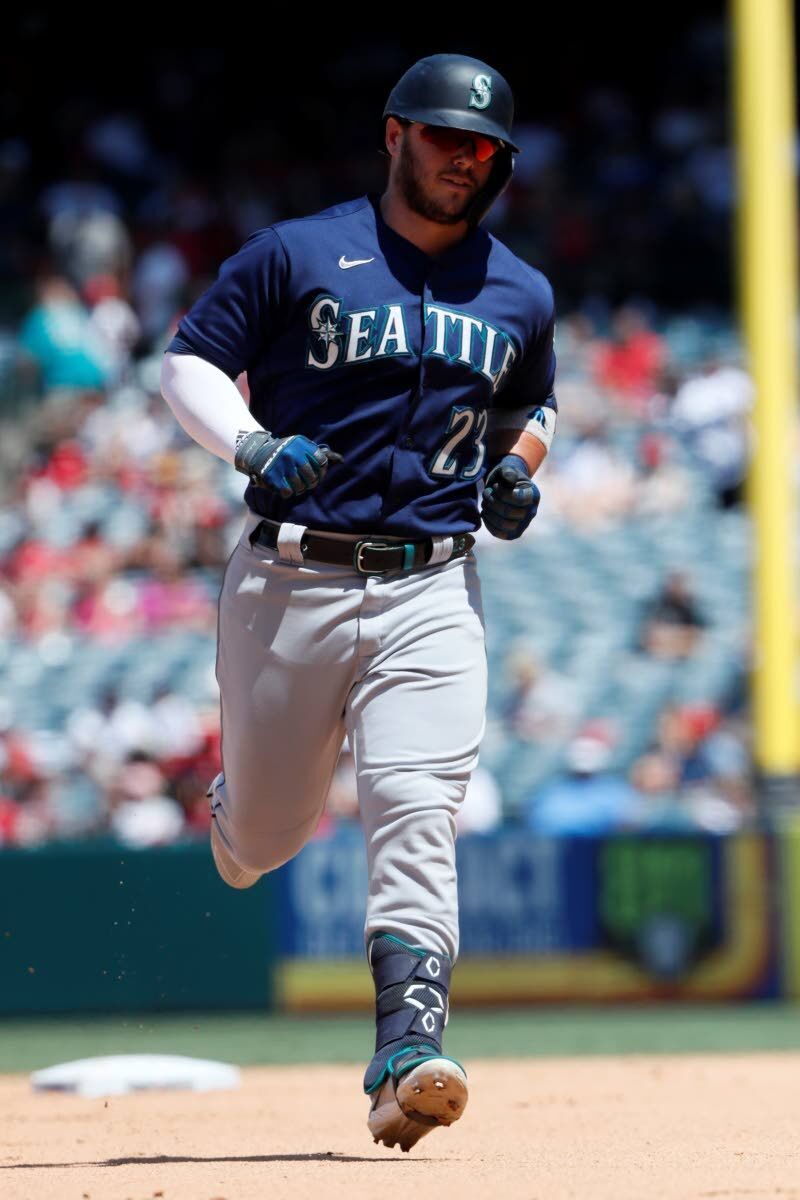 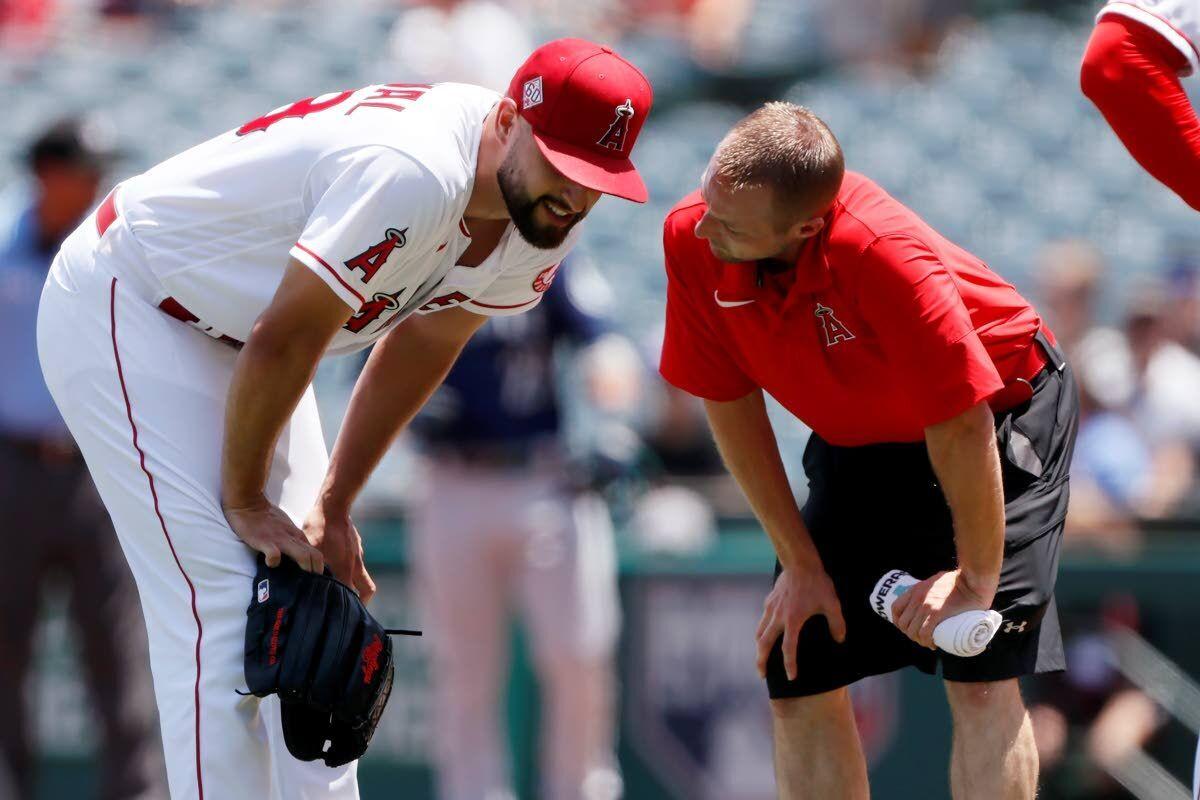 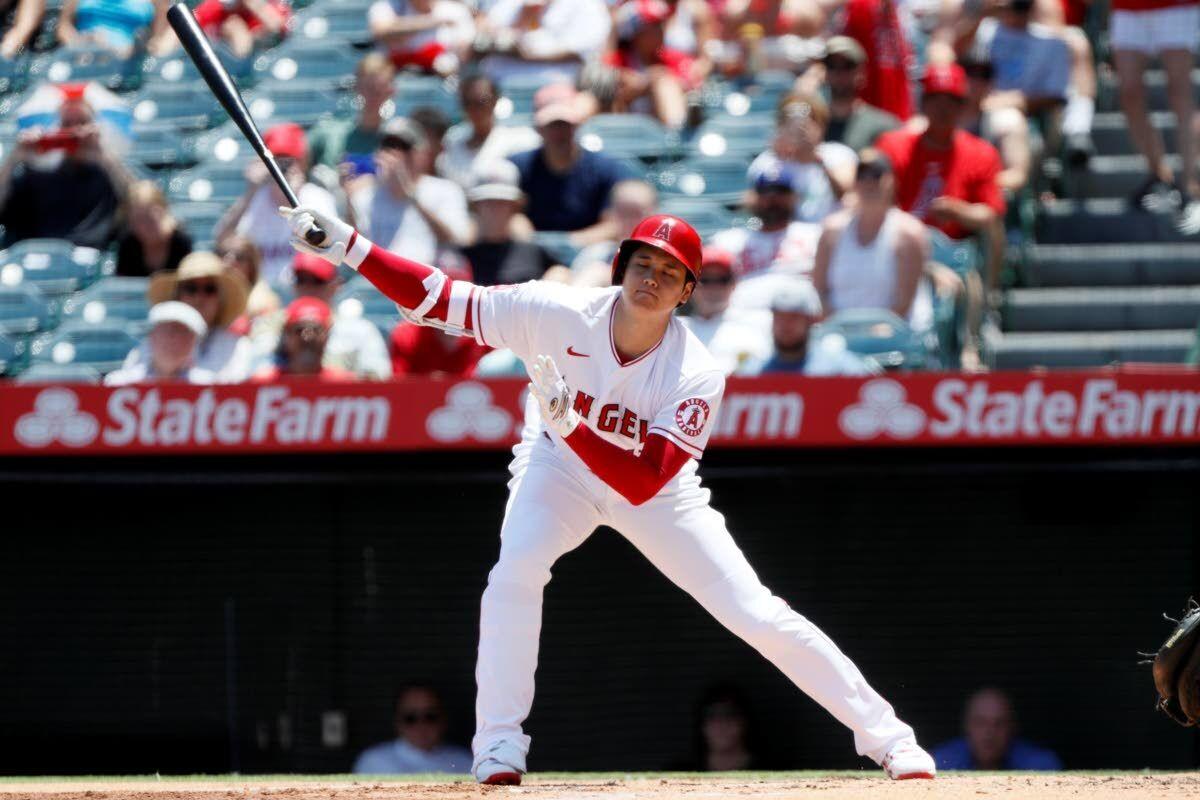 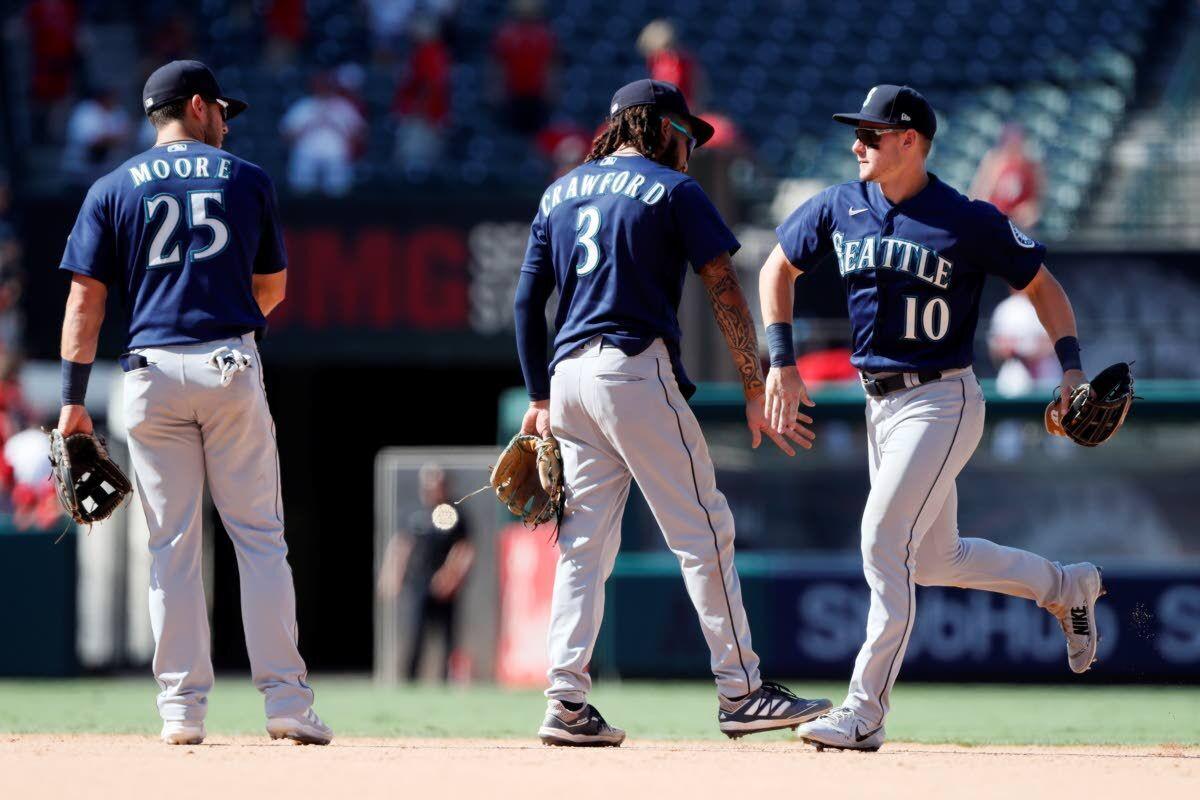 ANAHEIM, Calif. — Seattle is proving to be unbeatable whenever Logan Gilbert is pitching.

The Mariners won their ninth consecutive game with the rookie right-hander on the mound Sunday, defeating the Los Angeles Angels 7-4.

Gilbert struck out a career-high nine and was supported with three hits from Ty France, including a three-run homer in the sixth inning.

“Logan was awesome. He really attacked and dominated his first time through the lineup,” Mariners manager Scott Servais said.

The Mariners won for the fifth time in their past seven games despite Shohei Ohtani's 34th homer of the season. He added to his major league-leading home run total in the ninth inning, hitting his first since the All-Star break.

David Fletcher’s 26-game hitting streak ended when he went 0-for-5. The streak was the longest in the majors this season and the second-longest in Angels history.

Seattle's nine straight wins when Gilbert has started is a franchise record for a rookie. It also is the longest single-season streak for a Mariners pitcher since they won 13 consecutive starts by Jaime Moyer in 2001.

“I don't even look at him as a rookie anymore. He has 10 starts under his belt and is just so composed,” Servais said. “He's got such a good game plan when he walks out there every inning and makes adjustments.”

Gilbert (4-2) allowed two runs on four hits in 5 1/3 innings. He struck out six of the first seven batters he faced as he improved to 4-0 in his past seven starts.

Gilbert had a first-pitch strike to 16 of the 24 batters he faced, also generating 18 swings and misses. It was the fourth time this season he induced 18 whiffs from opposing batters.

“I think the main thing is getting ahead,” said Gilbert, who threw strikes on 60 of his 94 pitches. “It’s kind of funny how it works sometimes that when I’m going for strikeouts it doesn’t work out that way. But when I try to force contact and get ahead, it sets up the strikeouts.”

Luis Torrens also went deep for the Mariners. His solo shot against Patrick Sandoval (2-4) in the fourth inning was his ninth of the season and extended Seattle’s lead to 3-0.

France, who went 7-for-12 in the series, hit his 10th homer of the year when he drove Sandoval’s change-up over the wall in center in the sixth to give the Mariners a 6-0 advantage. He was beaned by a 92 mph fastball from Rich Wantz in the eighth inning, but remained in the game.

José Iglesias had two hits for the Angels, including a two-run double in the sixth.

Sandoval looked like his day was going to end early after being struck on the left forearm on France's comebacker in the first, but the left-hander shook it off and ended up going seven innings for the second straight start. Sandoval was charged with six runs (four earned) on six hits with nine strikeouts.

Sandoval almost got out of the first inning stranding runners in scoring position when Torrens hit a ground ball to first baseman Jared Walsh. But Walsh, who was playing midway between first and second base, lost his footing on the infield dirt and his throw to Sandoval at first was way off target, allowing two runs to score.

“When you play a team with that type of pitching you can’t make those types of mistakes. They pitch real well and that was the difference between the two teams,” Angels manager Joe Maddon said.

UP NEXT — Seattle is off on Monday before beginning a two-game series at Colorado on Tuesday. Left-hander Marco Gonzales (1-5, 5.88 ERA) gets the call in the opener for Seattle.