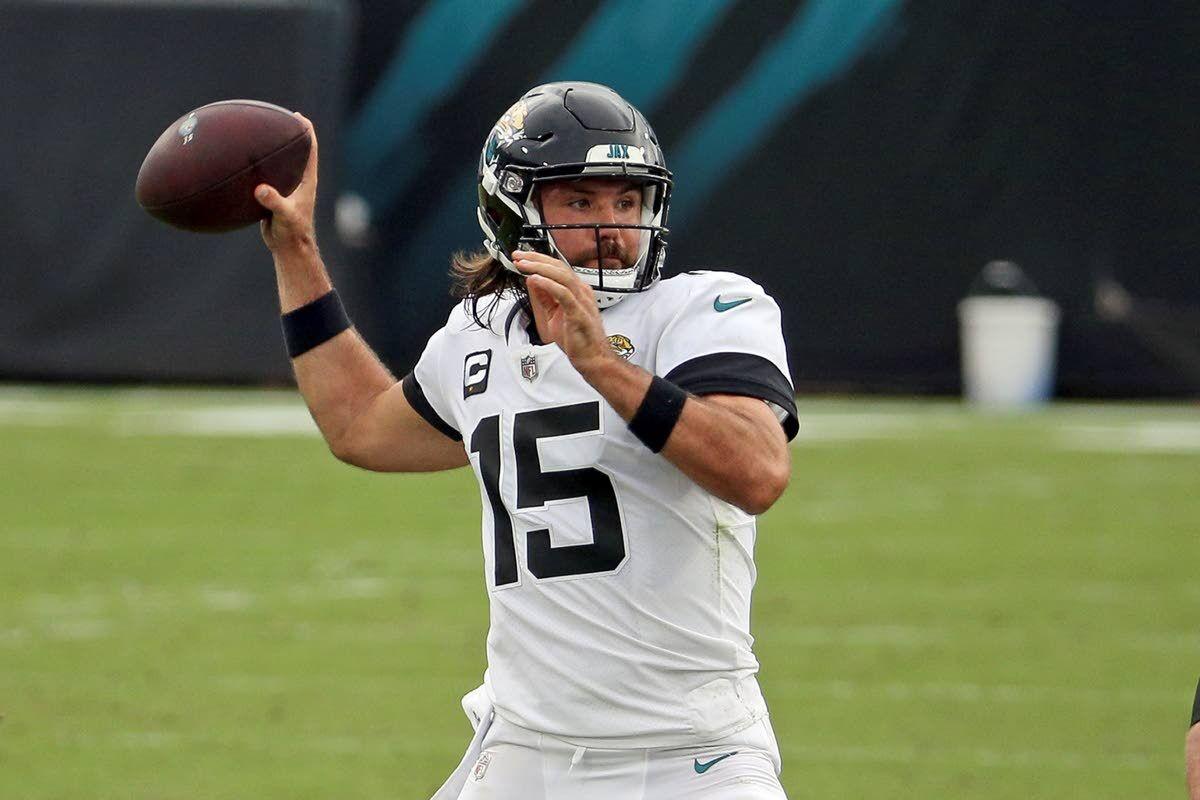 Jacksonville Jaguars quarterback Gardner Minshew (15) throws a pass against the Indianapolis Colts during the first half of an NFL football game, Sunday, Sept. 13, 2020, in Jacksonville, Fla. (AP Photo/Stephen B. Morton) 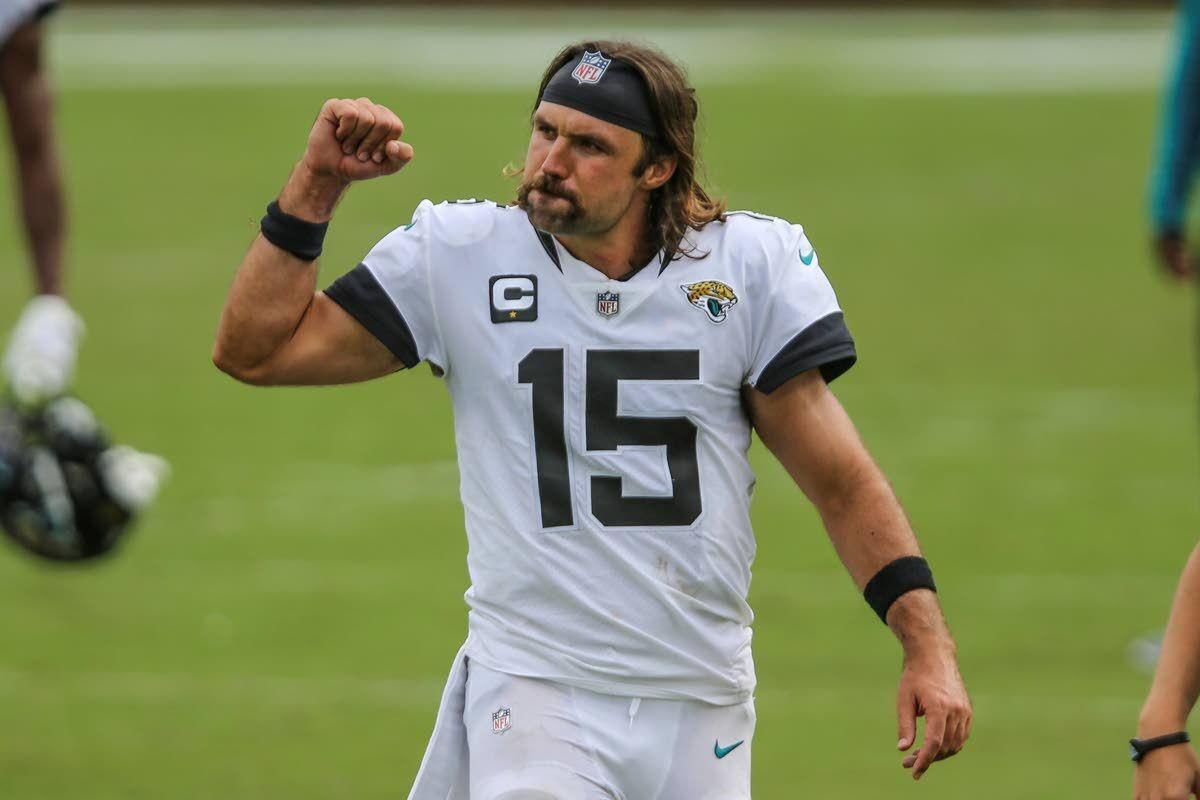 Jaguars quarterback Gardner Minshew pumps his fist in the air moments after defeating the Colts on Sunday in Jacksonville, Fla.

Jacksonville Jaguars quarterback Gardner Minshew (15) throws a pass against the Indianapolis Colts during the first half of an NFL football game, Sunday, Sept. 13, 2020, in Jacksonville, Fla. (AP Photo/Stephen B. Morton)

Jaguars quarterback Gardner Minshew pumps his fist in the air moments after defeating the Colts on Sunday in Jacksonville, Fla.

With no one standing in his way now, former Washington State quarterback Gardner Minshew shined for the Jacksonville Jaguars on Sunday.

Minshew, who made his NFL debut in 2019, missed just one pass attempt and threw for three touchdowns, including the game-winner more than halfway through the fourth quarter as the Jaguars tripped the Indianapolis Colts 27-20 in the season opener for both teams.

Minshew, who led the Cougars to a school-record 11 victories in 2018 and an Alamo Bowl win against Iowa State, threw a 22-yard touchdown pass to Keelan Cole with 6:04 remaining in regulation to give the Jaguars a 24-20 lead. He also had scoring passes of 6 yards to DJ Chark and 15 yards to rookie Laviska Shenault in the second quarter in the only game in the NFL that was played with fans in the stands.

Minshew’s only miss came early in the game, and it was a catchable ball. He also ran five times for 19 yards.

“I’m just super grateful, and I’m just trying to take things one game at a time,” he said. “I think one of the things that served us well today is we have belief in each other. I’m really proud of how we played today and I think we’re just scratching the surface.”

The team came into the season with low expectations with young talent after trading three former high draft picks, and entered the game as huge underdogs. In fact, there has been talk that Jacksonville was going to tank the season in order to get the No. 1 pick in the draft and take Clemson quarterback Trevor Lawrence.

But Minshew is hoping with this performance things will change.

“We’re going to do our best to make sure we’re worth watching,” said Minshew, who noted he did have some family and friends in attendance.

According to ESPN’s Adam Schefter, Minshew is the first player to throw at least three scoring passes and complete at least 95 percent of his attempts on opening weekend. It is the fourth-best single-game completion percentage in NFL history.

In his past two games against the Colts, Minshew has completed 46 of 59 passes for 468 yards, six touchdowns and one pick.

“When I feel like the guys are behind me and they have confidence in me, that’s one of the best feelings in the world,” Minshew told CBS after the game. “You can go out and play your game and play free, because you’ve got guys that believe in you.”

Former Cougar defensive end Hercules Mata’afa finished with one solo tackle for the Minnesota Vikings in their 43-34 loss at home to Green Bay.

Former WSU linebacker Frankie Luvu recorded two tackles, including one assist, for the New York Jets in their 27-17 road loss to the Buffalo Bills.

Former Cougar defensive back Jalen Thompson recorded one solo tackle for the Arizona Cardinals in their 24-20 win at San Francisco.