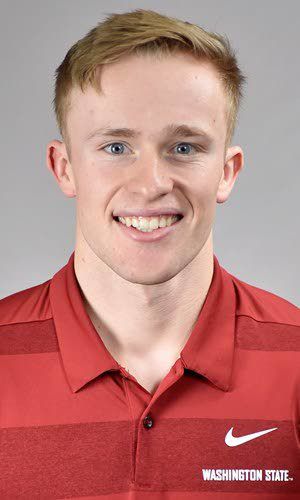 Almost four years ago, Kodie Kolden and Kyle Manzardo found themselves on top of their baseball world.

The two sophomores for Coeur d’Alene’s Lake City High School spearheaded the Timberwolves to the Idaho Class 5A state title, winning 4-1 against Meridian to end eight years of dominance by Boise-area teams.

A newspaper photo captured the moment Lake City won the ’ship in 2016.

“There’s a picture in the paper of me jumping up and Manzo is running towards me, so that’s kinda cool,” said Kolden, now a sophomore infielder for Washington State.

The longtime teammates have been playing together since they were about 13 years old. Now, they enter their second season playing for rebuilding Washington State in the talent-crazy Pac-12 Conference — more than a slight adjustment from their prep days in northern Idaho.

“Having somebody familiar around you is huge, especially somebody you can talk to, play catch with, and just like, (do) life stuff in Pullman instead of everything baseball,” Kolden said. “It was nice.”

Manzardo will start at first base and Kolden will settle in at either second or shortstop when the Cougs open their season at 6 p.m. Friday at Cal State Bakersfield.

Both are eager to start their first year with new coach Brian Green.

“Everybody’s fired up,” Manzardo said. “I think we’re looking forward to competing, competing with everybody.”

Despite their youth, Manzardo and Kolden are two of the most recognizable returners for WSU this season.

Manzardo’s .272 batting average is second among returners with double-digit plate appearances. Kolden, a solid fielder, will look to improve on his .217 average.

The pair combined for 152 at-bats a year ago.

“Manzo is one of the best players on our team,” Green said. “He’s done a great job with everything, with every part of his game, (and) he’s on the leadership council.

“Kodie’s really emerged and he really had a really good spring, competitively. His swing has made some adjustments.”

Manzardo and Kolden said the biggest adjustment coming in as freshmen came on the mental side, while playing games almost every day against some of the top competition in the NCAA.

“I grew up in north Idaho, so I wasn’t used to facing pitchers that had three solid pitches,” Manzardo said. “I kinda came in, only really knew how to sit on a fastball. I think this year I’ve gotten a lot better at hitting offspeed pitches — a much better approach.”

Part of the pair’s quick improvement came partly from being able to rely on each other. After all, they’ve known each other since they were 9 years old, playing on opposing teams in Little League.

Manzardo joked he held a slight advantage in the good old days of 60-foot base paths and snacks after the games.

“Kodie used to be a good pitcher and I used to hit a double off of him pretty much every time,” Manzardo said with a slight smirk. “I don’t know if he’ll remember that, but I remember every time I faced him I felt like I got a hit.”

The two eventually became teammates in junior high and continued to tear up the competition in high school. As a senior, Manzardo hit .594 and Kolden hit .450 and held a 1.71 ERA.

Kolden was on the mound and Manzardo at third base when the Timberwolves won the state title.

At WSU, they’ll start in the infield together again as they have for the better part of their baseball careers.

“I can’t really imagine playing on a baseball team without him,” Manzardo said, “I’ve known him for so long.”