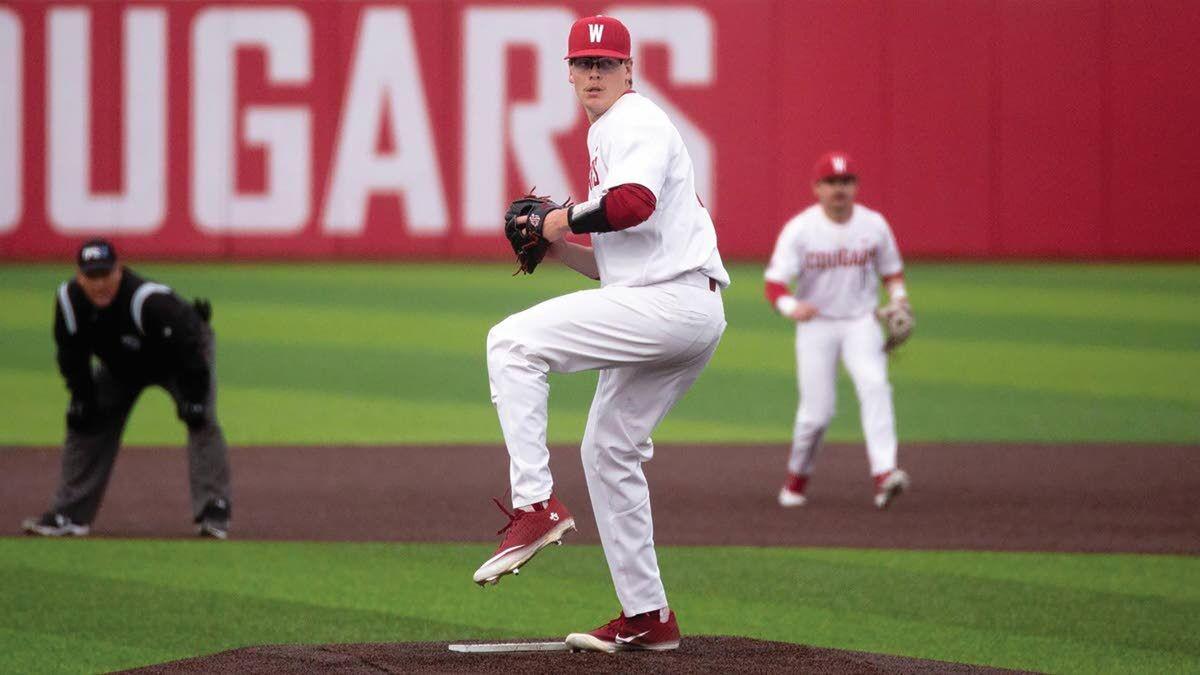 Washington State sophomore pitcher Zane Mills led the Cougars with a 3-0 record in 2020. He will be one of the key returners for WSU in 2021. 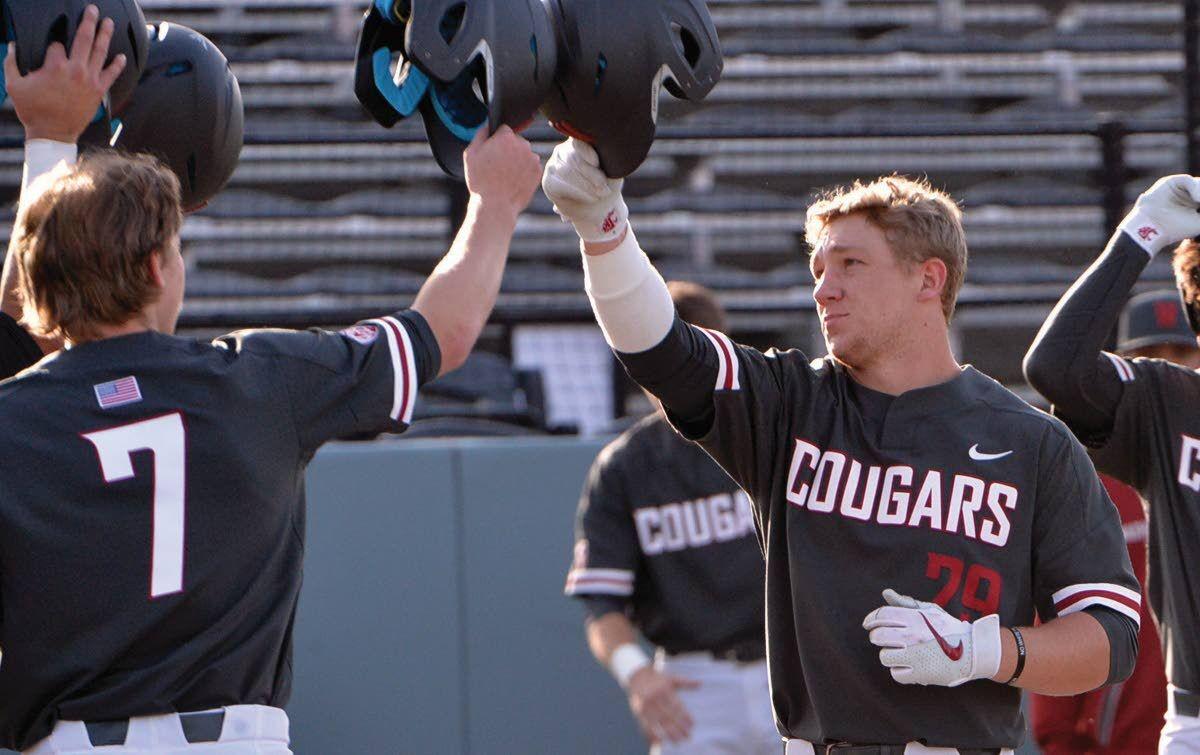 Washington State's Justin Van de Brake (right) celebrates with Kyle Manzardo during a March 5 game against Niagara. The senior-to-be has a .277 average with six home runs and 17 RBI playing for Battle Creek in the Northwoods League this summer. 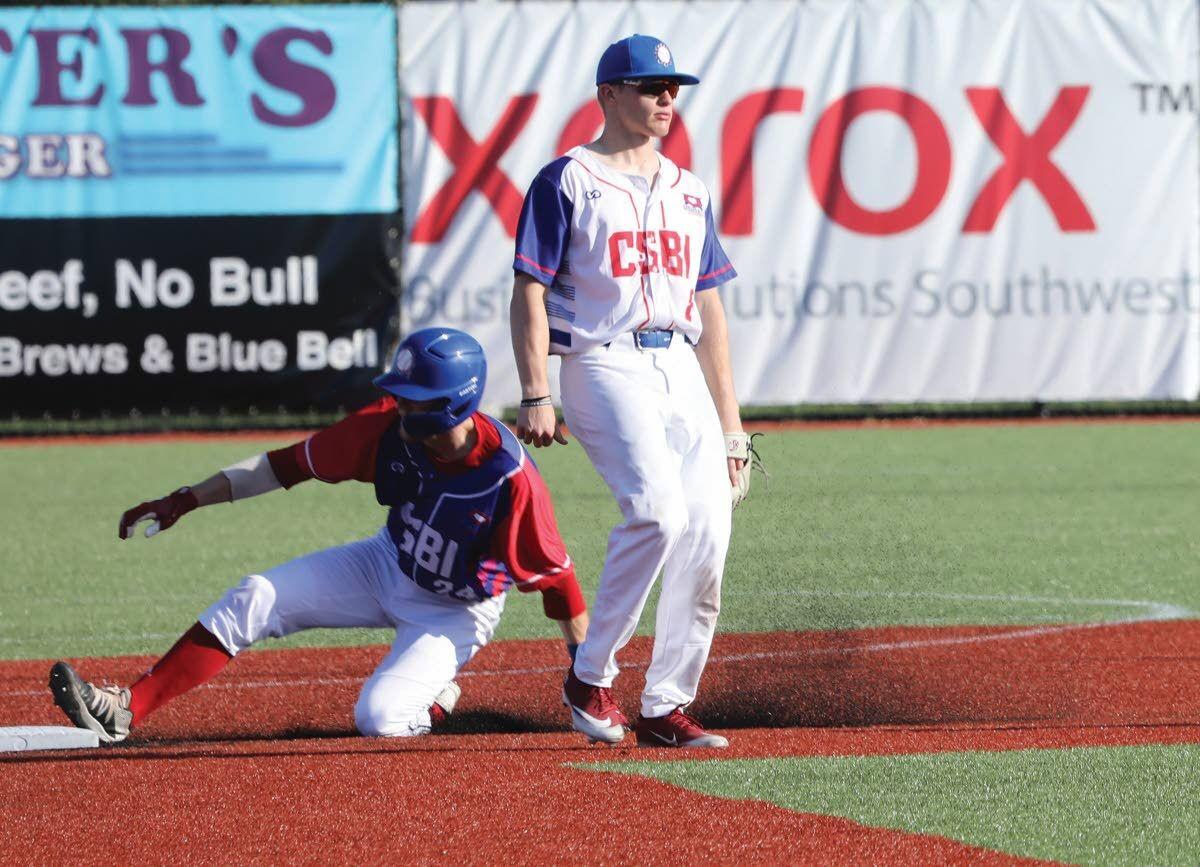 Washington State sophomore pitcher Zane Mills led the Cougars with a 3-0 record in 2020. He will be one of the key returners for WSU in 2021.

Washington State's Justin Van de Brake (right) celebrates with Kyle Manzardo during a March 5 game against Niagara. The senior-to-be has a .277 average with six home runs and 17 RBI playing for Battle Creek in the Northwoods League this summer.

The 2020 summer baseball season held more importance than normal for the 18 Cougars fortunate enough to land on offseason teams.

The shortened spring season, combined with the overall uncertainty in sports because of the coronavirus pandemic, meant every pitch and swing mattered more than in a typical summer.

“It was huge for our guys ’cause you just don’t know when those next at-bats are coming,” said Washington State coach Brian Green, who kept close tabs on each of his players this summer.

Here’s a look at a few of the Cougs’ best performances:

After breaking out in the spring, the WSU right-hander showed no signs of slowing down.

Mills almost was unhittable for the St. Cloud Rox of the Northwoods League. The junior from Portland boasted a 0.58 ERA with a 3-0 record and 26 strikeouts in 31 innings.

It was a carryover from the shortened spring, when Mills went 3-0 with a 1.44 ERA and 32 strikeouts in 25 innings. The wins tied for third in the Pac-12 Conference and he was fourth in strikeouts and innings.

Mills’ play helped St. Cloud to a 27-13 record — just a half-game away from the title in its pod.

“I think obviously the breakout summer, the no-brainer, was Zane,” Green said. “If he’s not on everyone’s watch list in regards to drafts, there’s something wrong with those lists.”

It’s no surprise that WSU’s biggest slugger had one of the best summers.

It didn’t take long for the junior first baseman from Coeur d’Alene to make a splash for the Willmar Stingers of the Northwoods League, smacking a grand slam and a double in a 12-6 win July 5.

Green said Manzardo regularly would send him video of his best left-handed hits against left-handed pitchers — an area of focus this summer.

“Manzo would just about always send me a left-on-left homer or double,” Green said. “He was proud of that ’cause that was one of his big keys to make a professional jump this year. If he can improve left-on-left and utilize that power that he has to left-center … that’s one of the keys to his future.”

WSU’s hard-hitting junior college transfer didn’t have much time to showcase his talent in the spring, playing in just nine games.

So the former Tocoma Community College All-American took full advantage of his team-high 119 at-bats for the Battle Creek Bombers of the Northwoods League. The senior outfielder hit .277 with 33 hits, 22 runs, 17 RBI and six home runs. Van De Brake played in 47 games, more than any other Cougar. The Bombers went 31-39.

“Vandy was almost one-to-one strikeout-to-walk — that was a big improvement for him,” Green said.

Kolden bounced back from a slow start to finish with the second-best batting average on the Rox at .329. He also poured on 27 hits, 23 runs and 14 RBI. The only knock on his stats is the zero in the home run column.

“Kolden clearly had a great summer statistically,” Green said. “He was really down early, was able to grind through that and show some toughness.”

Thomas had a rad summer for the Lincoln Potters of the California Collegiate League.

The senior right-handed pitcher didn’t record a win, but he fanned 14 batters and didn’t allow an earned run in 7 1/3 innings. And innings often are hard to come by in pitcher-heavy summer college leagues.

Green said pitcher Brandon White “got up to 98 on the velocity gun,” playing for the Rox, and fellow pitcher Brody Barnum tabbed some nice stats with the Stingers (1-0 record, 20 Ks, 1.29 ERA).