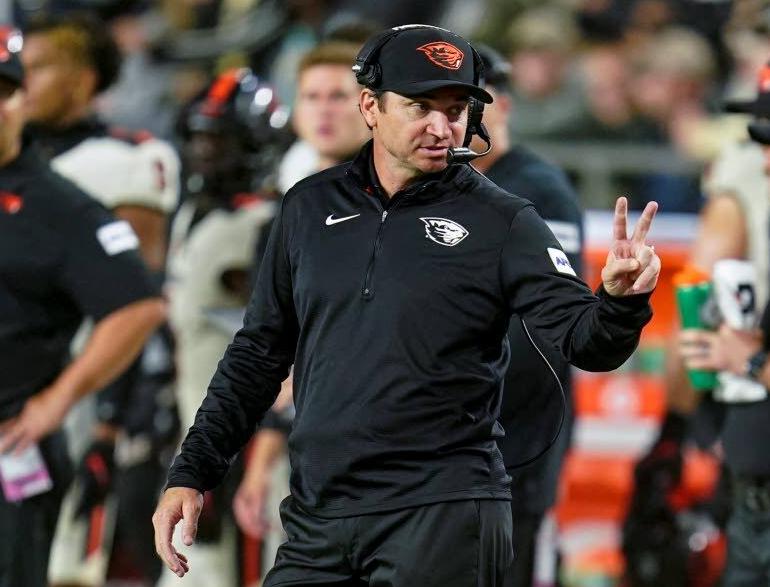 Oregon State head coach Jonathan Smith gestures on the sideline during the first half of a game Sept. 4 against Purdue in West Lafayette, Ind. Smith coached quarterbacks at Idaho for six seasons. His Beavers face Idaho at 12:30 p.m. Saturday in Corvallis, Ore. 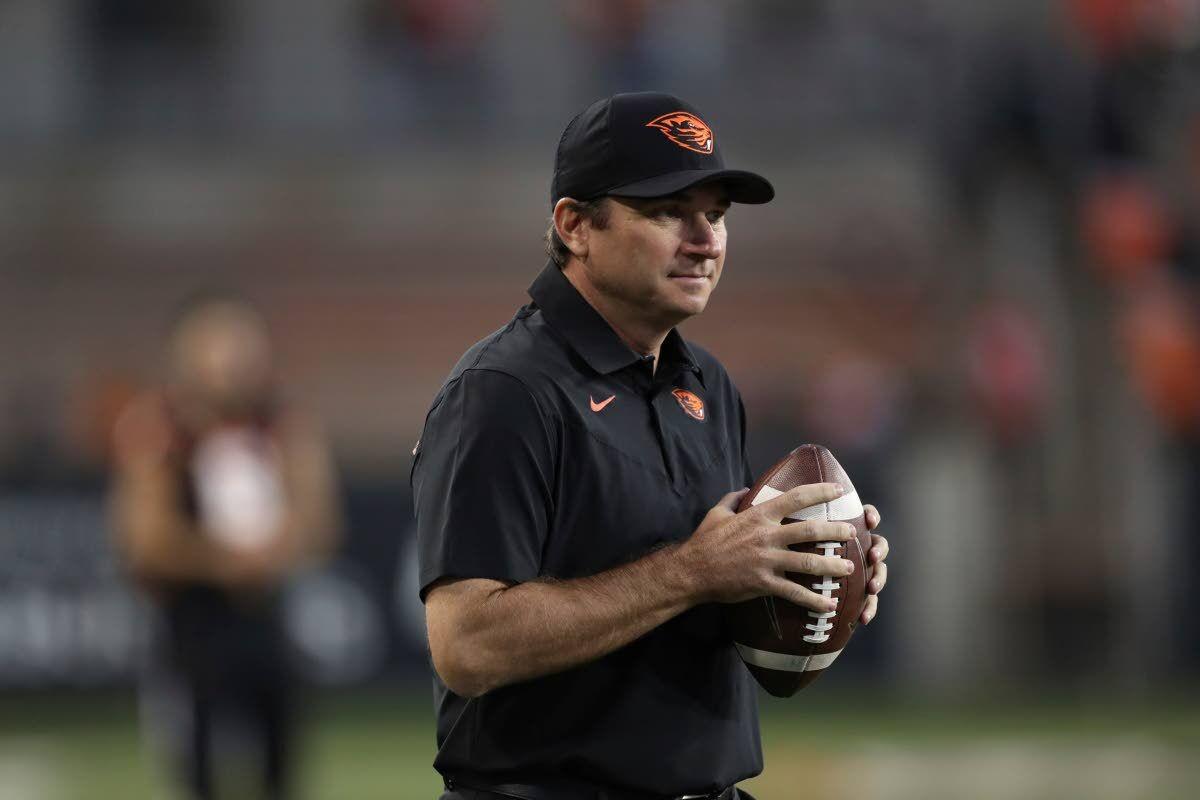 Oregon State head coach Jonathan Smith gestures on the sideline during the first half of a game Sept. 4 against Purdue in West Lafayette, Ind. Smith coached quarterbacks at Idaho for six seasons. His Beavers face Idaho at 12:30 p.m. Saturday in Corvallis, Ore.

Oregon State football coach Jonathan Smith smiled fondly as he recalled a couple of his favorite pit stops in Moscow from his six years as Idaho’s quarterbacks coach.

“I enjoy the Breakfast Club — some great eggs benedict,” Smith said, smiling, during a news conference earlier this week. “There’s another club that we go to on occasion there — the Corner Club. Great college town.”

Smith’s final year at Idaho in 2009 was one Vandal fans remember well. Under coach Robb Akey, Idaho went 8-5 that year, capped with a “miracle” 43-42 victory against Bowling Green in overtime in the Humanitarian Bowl in Boise.

Idaho offensive coordinator Brian Reader was a sophomore backup quarterback for the Vandals that season.

Reader said Smith was one of the first people he reached out to when he knew he wanted to get into coaching after wrapping up a brief pro career in the Arena Football League in 2015. The two stayed in contact through the years.

“He was at Washington and he actually took the time to talk to me about coaching, what it was like,” Reader said. “We had a nice conversation about that.”

Smith mostly has stayed in the Pacific Northwest as a football coach. In addition to Idaho, Oregon State and Washington, he has spent time at Boise State and Montana. He played his college ball as a quarterback for the Beavers.

“I know Breske very well,” Smith said. “Coached with him at Montana for a couple years. He knows what he’s doing.”

This won’t be the first time Smith has faced Breske, Reader and the Vandals since leaving Idaho. He was the OC at Washington when the Huskies beat the Vandals 59-14 in 2016 — the year Idaho won the Famous Idaho Potato Bowl.

At Idaho, Smith oversaw the college career of quarterback Nathan Enderle from 2006-09. Enderle was drafted by the Chicago Bears in the fifth round of the 2011 NFL draft. Smith’s protege spent four years in the pros in the NFL, CFL and AFL, mostly on practice squads.

Smith said he still travels back to the Palouse and north Idaho in the summer on occasion to visit friends in the area.

“I’ve got a bunch of respect for that university and that program and we’re looking forward to playing them on Saturday,” he said.