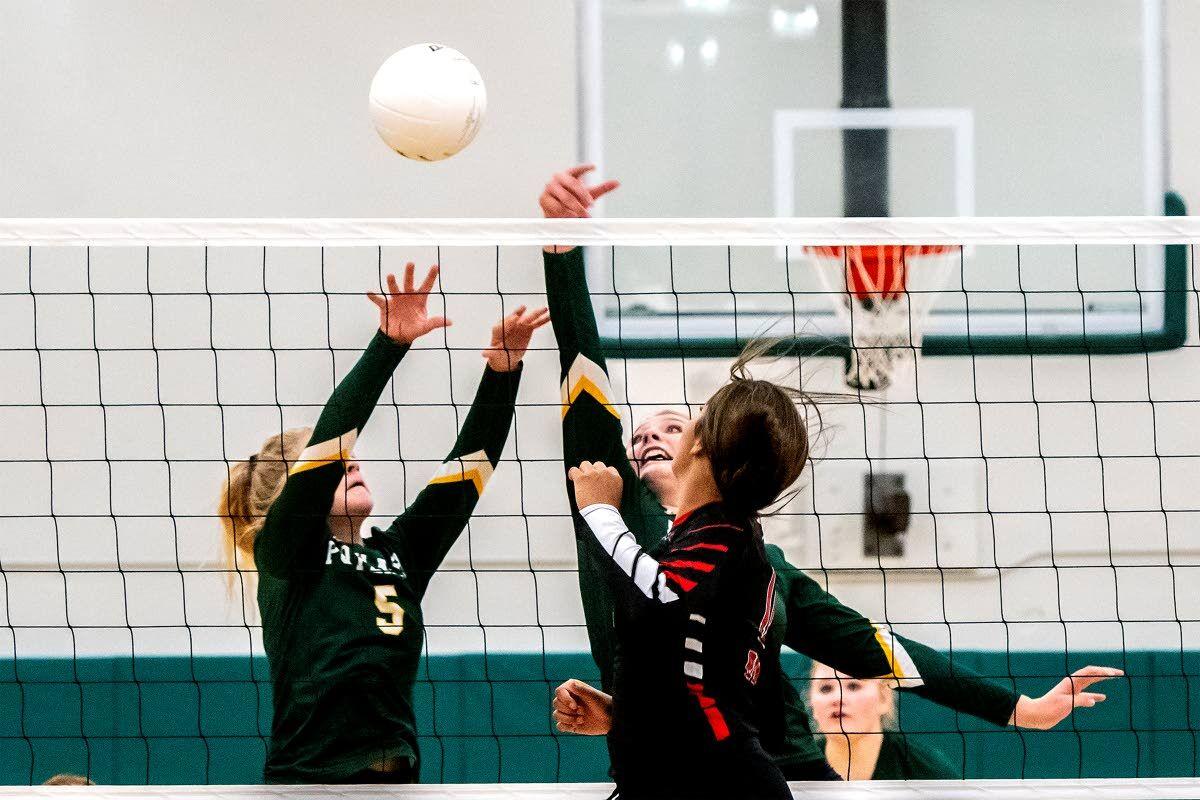 The Loggers' Josie Larson (5) and Jordan Reynolds leap up to block a kill by the Pirates on Thursday. 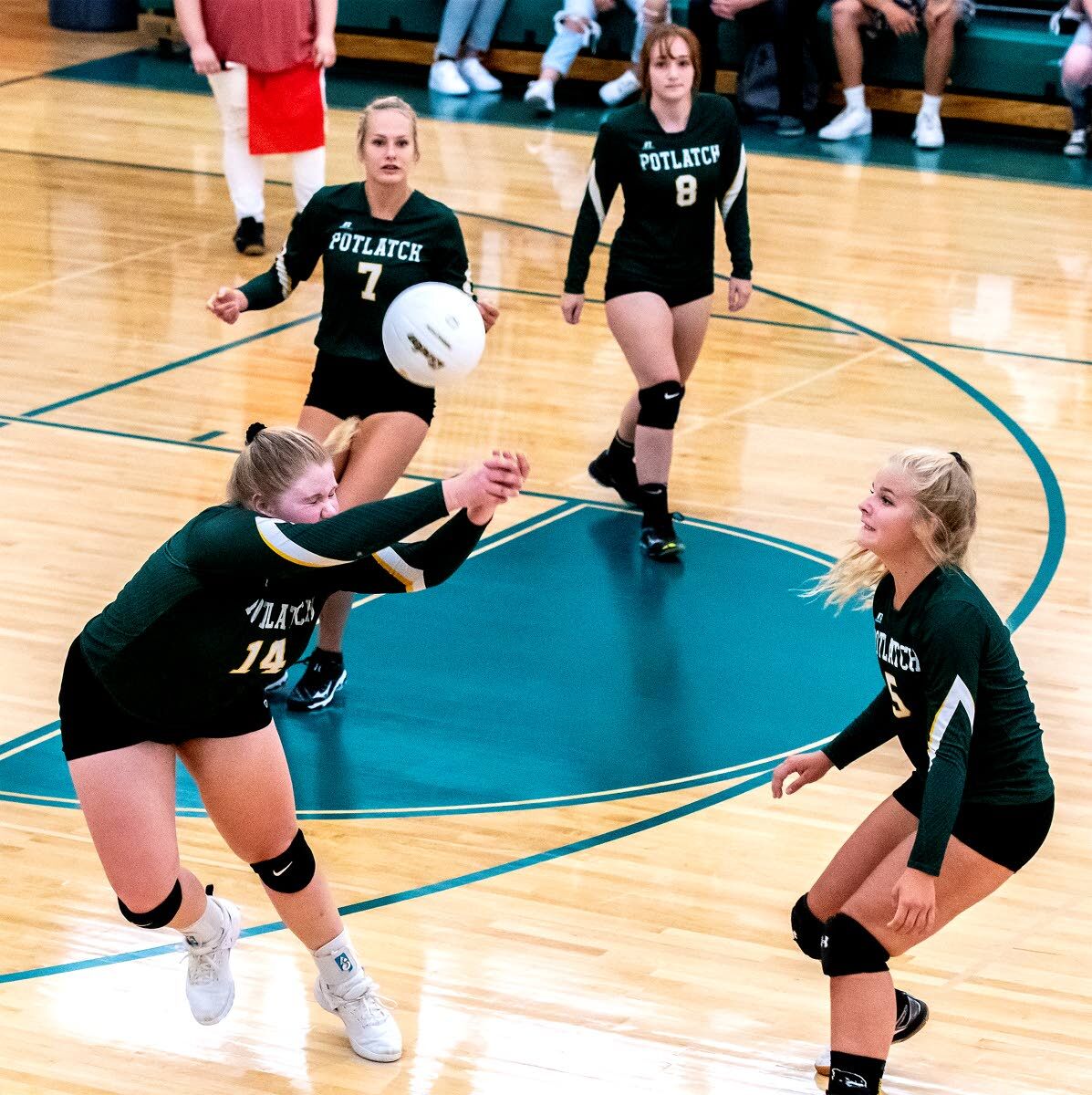 The Loggers' Olivia Wise keeps the ball in play in their games against the Prairie Pirates on Thursday. 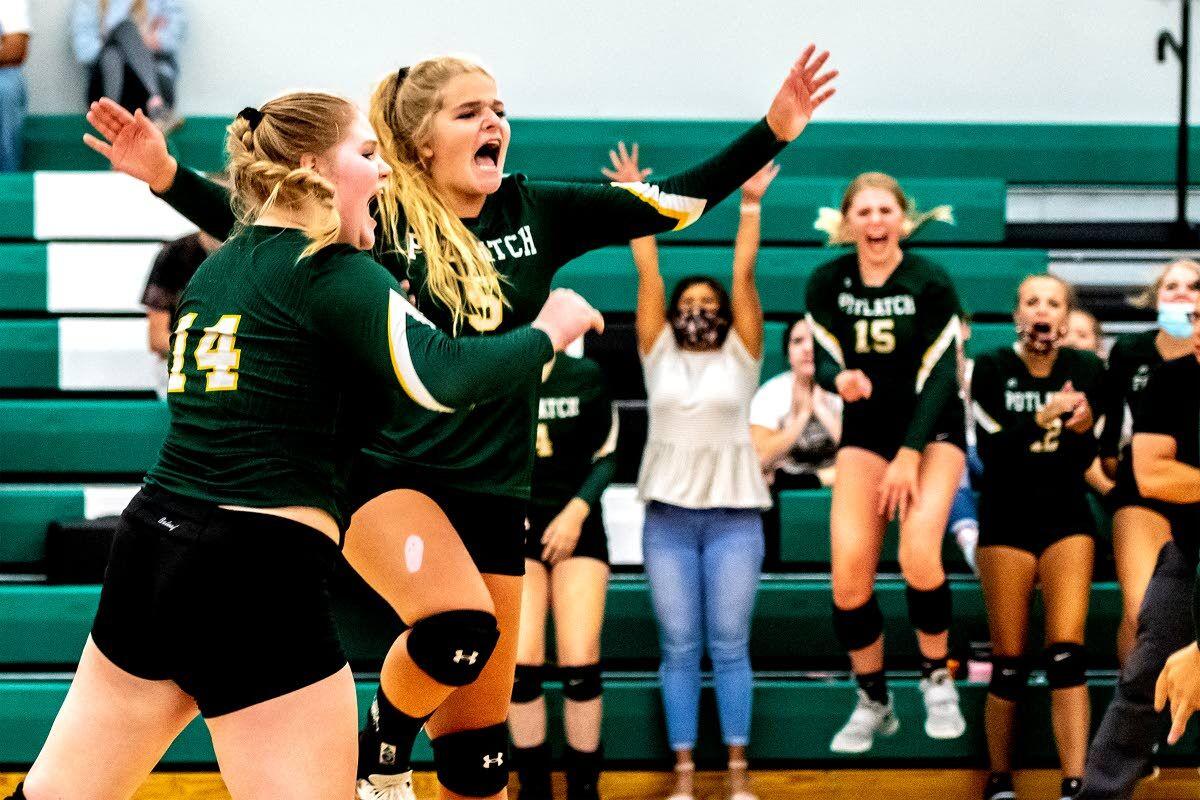 The Loggers' Olivia Wise (14) and Josie Larson celebrate a point against the Prairie Pirates on Thursday in Potlatch. 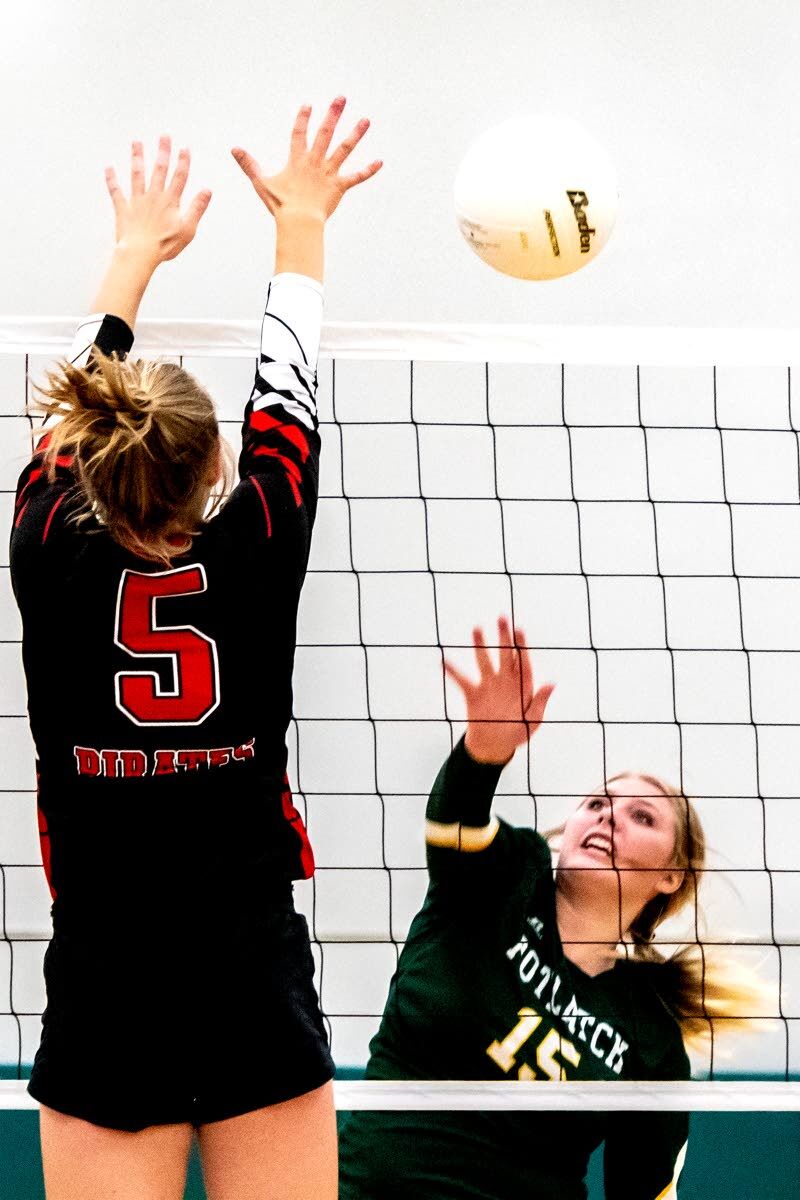 The Loggers' Jordan Reynolds spikes the ball towards the Pirates' Ellea Uhlenkott on Thursday.

The Loggers' Josie Larson (5) and Jordan Reynolds leap up to block a kill by the Pirates on Thursday.

The Loggers' Olivia Wise keeps the ball in play in their games against the Prairie Pirates on Thursday.

The Loggers' Olivia Wise (14) and Josie Larson celebrate a point against the Prairie Pirates on Thursday in Potlatch.

The Loggers' Jordan Reynolds spikes the ball towards the Pirates' Ellea Uhlenkott on Thursday.

POTLATCH — When Potlatch needed a boost Thursday against Prairie, it turned to its two middle blockers, Olivia Wise and Jordan Reynolds, whose big hitting lifted the Loggers to a frantic five-set volleyball victory at home.

“(Reynolds) and Olivia, when they’re on like that, we’re pretty tough,” Potlatch coach Ron Dinsmoor said.

Rallying from behind was the theme of the night for Potlatch. Prairie, of Cottonwood, led 2-1 after three sets, and Potlatch trailed early in the fourth (4-0) and fifth (3-0) before rallying to take both sets and the match.

“Prairie really got better as the match went on,” Dinsmoor said. “Prairie made the adjustments. (Coach) Julie (Schumaker) has been coaching there forever. She’s about as smart as they come. She was able to find our weaknesses.”

After Potlatch won the first, Prairie took the next two and had the early advantage in the fourth before the Loggers recovered.

Potlatch went on a 13-1 run (including 11 consecutive points) to take a 13-5 lead in the critical set. Steady serving by Alyssa Felton and points from Wise, Reynolds, Brooke Peterson and Josie Larson were key in the spurt. Felton’s serving chops came after sitting the entire third set.

“Alyssa had a nice run. That fourth set, she was 13-of-13 (serving),” Dinsmoor said. “She didn’t miss any serves in the fourth or fifth set, so that was huge.”

In the fifth, Potlatch (4-1) didn’t lead until a rocket by Wise made it 11-10. Potlatch’s junior leader also recorded the match’s final two points, one on a block and one on a kill.

Dinsmoor said Wise is “one of the best middles in the league,” with the versatility to also play back and get digs, and a jump serve that’s hard to receive.

“We ask a lot of her,” Dinsmoor said.

As for Reynolds, the sophomore is coming off a major knee surgery, and played her best match yet, Dinsmoor said.

Prairie (3-2) arguably played its best in the middle of the match, which included a wild come-from-behind win in the third. Down 19-14, the Pirates didn’t take their first lead until the final two points of the set. A pair of serves by junior Delanie Lockett sealed it for Prairie.

The early-season thriller was the first five-set match for both teams. Dinsmoor said nerves were apparent at times, so staying calm and regrouping during timeouts were important in stopping the rampant momentum swings.

“I think we were just trying to tell them: ‘Stay calm, trust each other and play for each other,’ ” Dinsmoor said. “That’s volleyball. You gotta play with confidence, you gotta believe in each other.