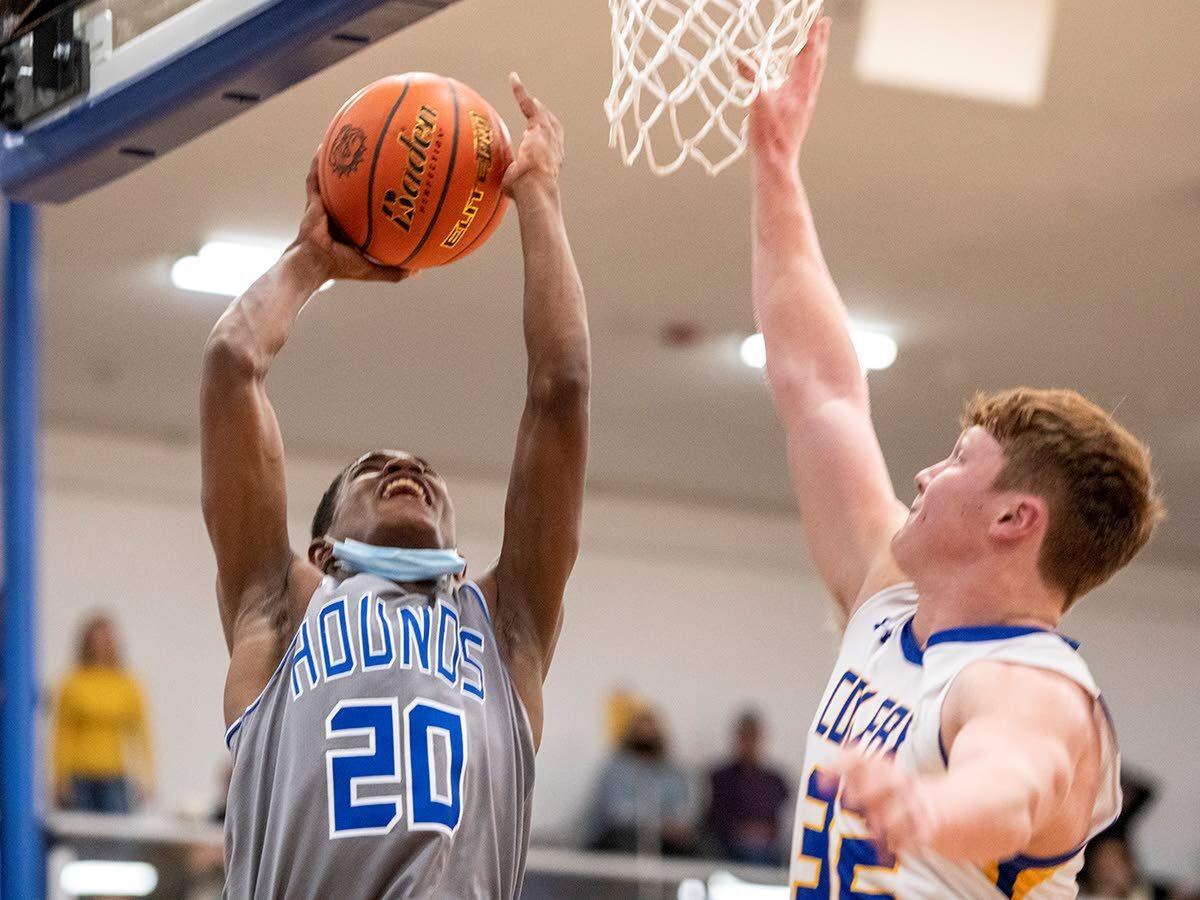 Pullman’s Champ Powaukee (20) goes up for a layup over Colfax’s Mason Gilchrist (32) during a game at Colfix High School. Pullman basketball is among the sports affected by the latest COVID-19 shutdown. 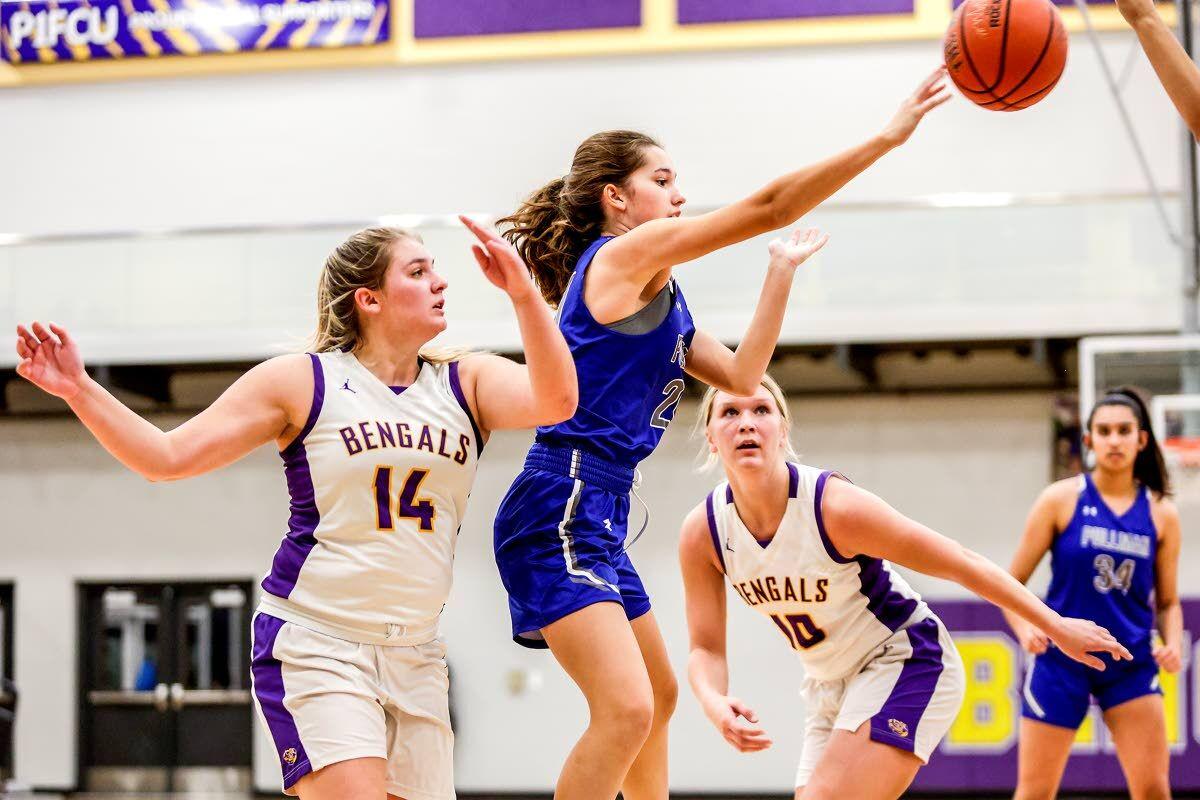 Pullman's Ava Petrino passes the ball off to a teammate on Tuesday.

Pullman’s Champ Powaukee (20) goes up for a layup over Colfax’s Mason Gilchrist (32) during a game at Colfix High School. Pullman basketball is among the sports affected by the latest COVID-19 shutdown.

Pullman's Ava Petrino passes the ball off to a teammate on Tuesday.

A 14-day pause on all organized athletic activities at Pullman High School and Lincoln Middle School went into effect Wednesday after the school district’s superintendent, Bob Maxwell, announced the hiatus late Tuesday in response to “an increase in the number of student-athletes identified as a close contact or testing positive (for COVID-19).”

The pause, which was decided upon “after consulting with Whitman County Department of Health and district administrative staff,” affects high school boys basketball, girls basketball, wrestling, boys swimming and cheer, along with middle school wrestling and girls basketball. Other academic and extracurricular activities are continuing uninterrupted, while athletics are scheduled to resume Jan. 26.

This represents the first time in the 2021-22 school year an area school district has had a complete shutdown of all athletics — something which was a frequent occurrence the previous two years.

Pullman’s boys basketball team stands to have a run of strong momentum disrupted by this development. The Greyhound boys are 10-1 on the season, including seven wins in a row. Pullman routed East Valley of Spokane, 88-38, in its Class 2A Greater Spokane League debut just hours after the shutdown was announced.

The Greyhound girls basketball team had its league debut postponed because of COVID-19 protocols in the East Valley program the same day. That took place before Pullman’s athletics-wide shutdown was announced, and now the Greyhounds will find themselves further behind schedule when the shutdown is lifted. Pullman girls coach Angie Barbour said she is confident athletic director Wendy Kruger will do “everything in her power” to have games rescheduled and the season completed.

Barbour described her players and their parents as “deeply disappointed” by the development, but said she hopes “athletes within the program can find alternative resources to keep working on basketball skills so we can be game-ready when we return to play.”

Pullman High School wrestling coach Marcus Crossler likewise described himself as “disappointed” to learn of the pause, which comes as his team had claimed a team win Saturday at the Blackhawk Invitational in Cheney, Wash.

In that meet, the Greyhounds had four individual champions — Ivan Acosta at 138 pounds, Jeroen Smith at 145, Gabriel Smith at 152 and Samuel Sears at 195 — with the team winning by 42.5 points over second-place Wapato. In fact, Gabriel Smith was named the most outstanding wrestler of the event.

Pullman was scheduled for a meet Wednesday and and was gearing up for the heart of its league season. Nevertheless, he said, “Wrestlers are resilient,” and he is confident his athletes will work out independently during the hiatus.

The boys swim team will miss just one meet: a nonleague home triangular with Hermiston and Walla Walla that was set for Jan. 22.

Make-up dates for the various postponed league contests have not yet been announced.