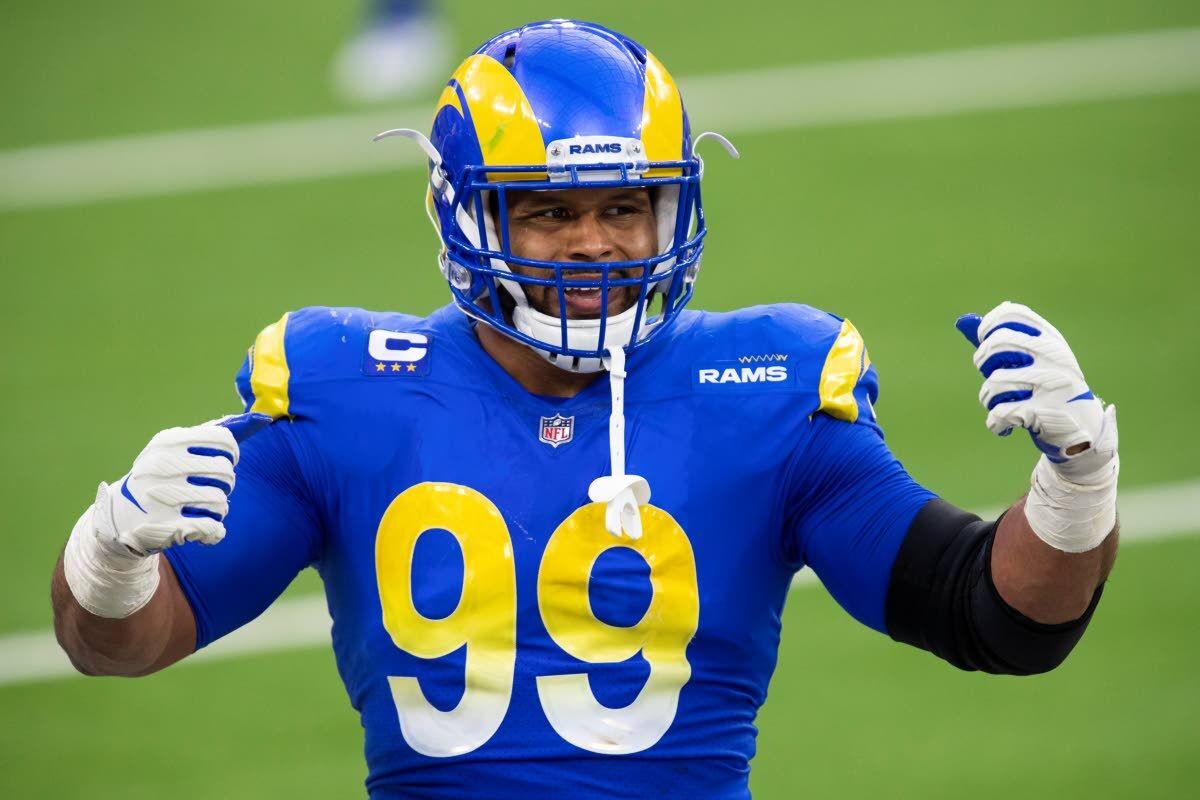 Associated PressRams defensive tackle Aaron Donald gestures during a game against the Cardinals on Sunday in Inglewood, Calif. 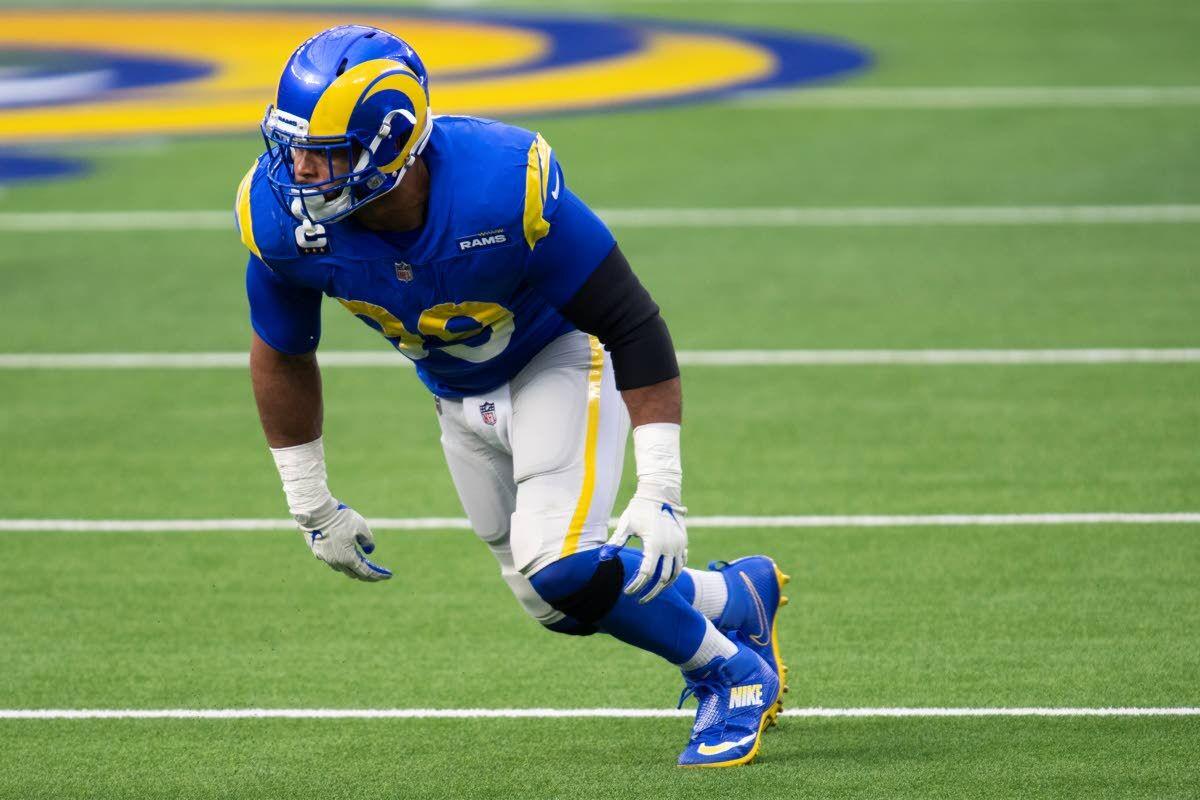 Associated PressRams defensive tackle Aaron Donald gestures during a game against the Cardinals on Sunday in Inglewood, Calif.

SEATTLE — In the immediate aftermath of clinching a return to the playoffs, Aaron Donald made perfectly clear he was thrilled to be getting his wish.

The Los Angeles Rams defensive star wanted another shot at Russell Wilson and the Seattle Seahawks.

“They got the division, and they were happy about that. And now they have to see us again, a third time,” Donald said. “When you’re playing a team that you see twice a year, you’ve kind of got a feel for each other. They know what you’re going to do, we know what they are going to do. It’s pretty much man on man, and the best team should win. So there’s no better way than that to start it off.”

For the second time in three weeks, the Rams and Seahawks will clash today, this time in the opening round of the NFC playoffs. It’s a matchup overflowing with familiarity and a history of close games not decided until the fourth quarter.

But there is uncertainty this time around. The Rams (10-6) have not said whether starting quarterback Jared Goff or backup John Wolford will be under center to face the Seahawks.

Goff injured his thumb in the second half of Seattle’s 20-9 win against the Rams in Week 16. Surgery to repair the injury left Goff a spectator Sunday as Wolford directed an 18-7 win against Arizona to clinch the Rams’ postseason berth.

And now? It’s been a smoke screen of gamesmanship by Rams coach Sean McVay about which of his quarterbacks — or both, potentially — will be trying to solve a Seahawks defense that held Los Angeles to less than 10 points for only the sixth time in McVay’s tenure less than 14 days ago.

“You talk to Jared and then you’d kind of just take it a day at a time,” McVay said. “I know that he’s in the mindset and the mentality of trying to prepare himself to get ready to play a game.”

Seattle (12-4) will be hosting a playoff game for the first time since January 2017, the previous time the Seahawks claimed the NFC West title. They were carried to the division title not by an otherworldly season from Russell Wilson, although he was good. But it was Seattle’s defense making a 180-degree flip from the beginning of the season that led the Seahawks’ late charge.

Seattle allowed just 16 points per game in the final eight contests, the best in the league. The Seahawks had 37 of their 46 sacks for the season during the final 10 games.

If Seattle is going to make a run in the postseason, Wilson will play his role. But how long the Seahawks stay around will be determined by Jamal Adams, Bobby Wagner and others.

GETTING BETTER — Whether or not Goff plays, the Rams should be getting more help for their flagging offense, which hasn’t scored a touchdown in two games. Left tackle Andrew Whitworth plans to return after being out since he tore ligaments in his knee during the Seahawks’ visit two months ago. Former Eastern Washington standout Cooper Kupp, the Rams’ leader in receptions and yards receiving, also should be back in the lineup after missing last week’s game on the reserve/COVID-19 list. Whitworth could provide a boost to an offensive line that struggled in the run game last week.

HOME-FIELD ADVANTAGE? — Seattle has won 10 straight home playoff games. It’s last home postseason loss came in 2004, when the Seahawks fell to the Rams 27-20 in a wild-card round game.

But this will be a playoff game unlike any of the rest, with Seattle’s notorious home fans absent because of COVID-19 restrictions. The Seahawks have played the entire home schedule without fans and went 7-1, their best home record since 2016. Seattle was a combined 14-10 at home between 2017-19.

“I miss the stadium shaking literally on the field while you’re standing there,” Wilson said.

GETTING DEFENSIVE — The Rams’ defense was the best in the NFL by most statistical measures this season, finishing tops in total yards allowed and points allowed while boasting the No. 1 pass defense as well. Those numbers aren’t tremendous comfort against the Seahawks, who already have seen this defense twice. The Seahawks are averaging 27 points per game in the Rams’ past three visits to Seattle.

CATCHING ON — While DK Metcalf and Tyler Lockett had a record-setting season for Seattle, neither has found success against the Rams. The pair each had a combined eight catches in the two games against L.A. this season. Going back to last season after Jalen Ramsey was acquired, neither receiver has found the end zone in three games.

Wilson’s only touchdown pass against the Rams since Ramsey’s arrival came in the fourth quarter two weeks ago when he hit tight end Jacob Hollister for the clinching score.