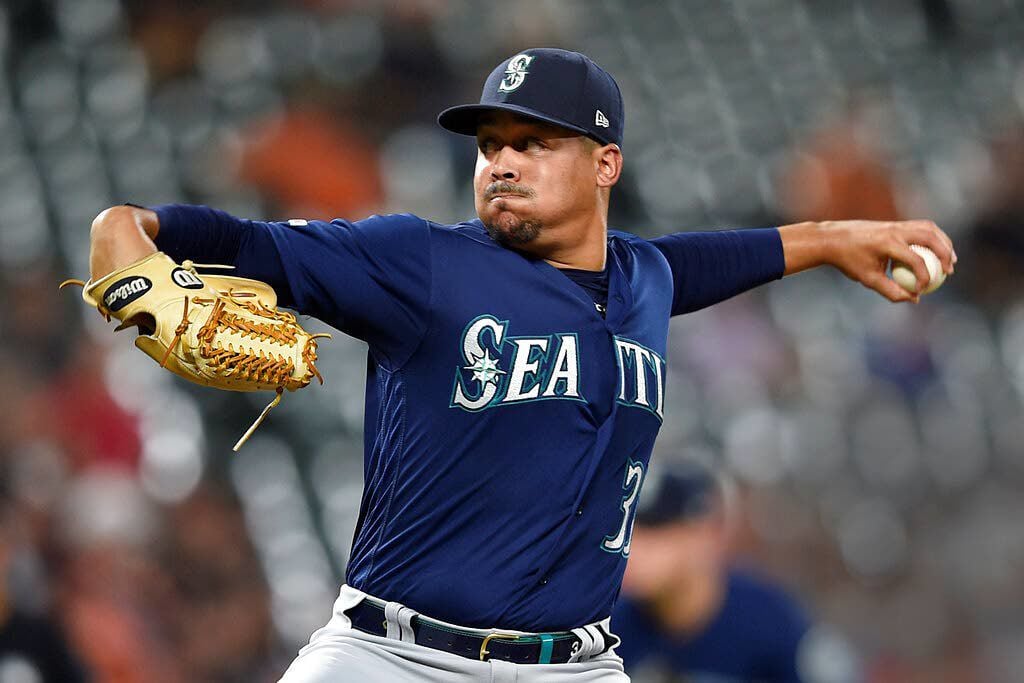 Associated PressMariners pitcher Justus Sheffield throws against the Orioles in the first inning of a game Sept. 21 in Baltimore. 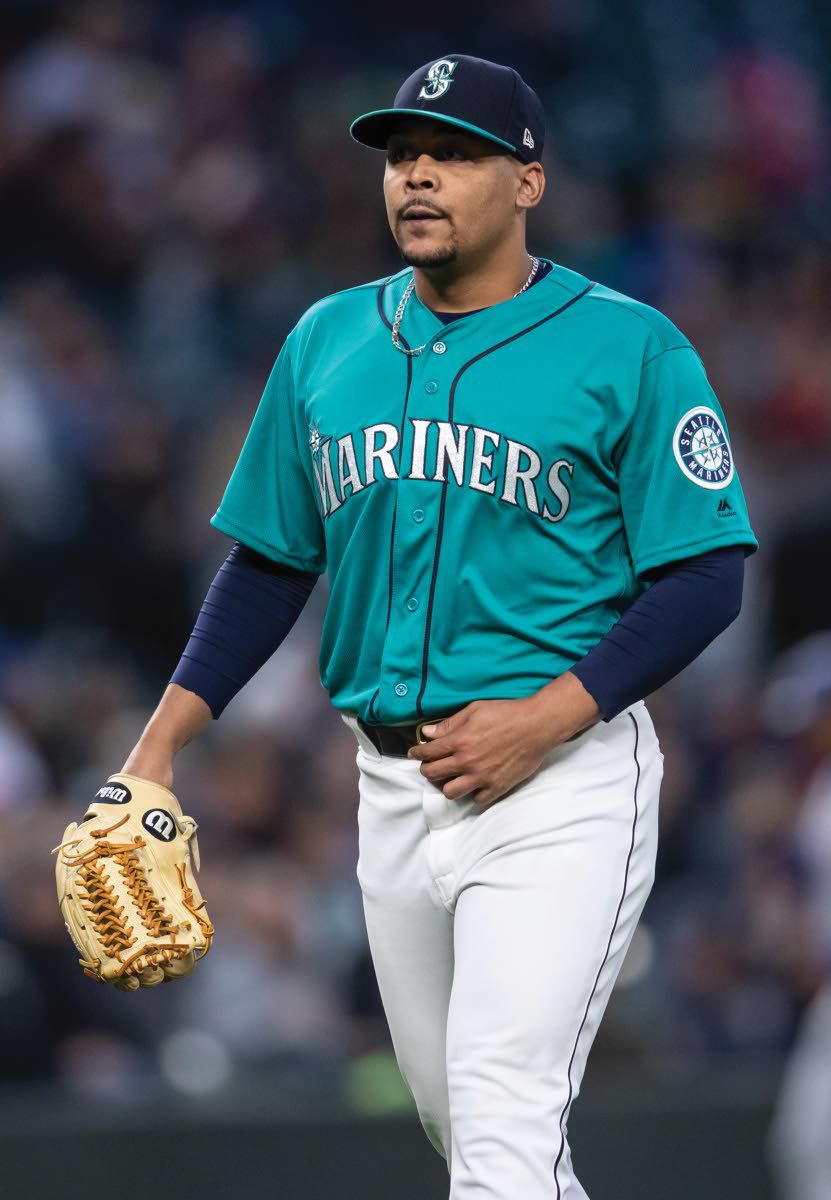 Seattle Mariners relief pitcher Justus Sheffield walks off the field during a baseball game against the Texas Rangers, Friday, April 26, 2019, in Seattle. The Mariners won the game 5-4 in 11 innings. (AP Photo/Stephen Brashear) 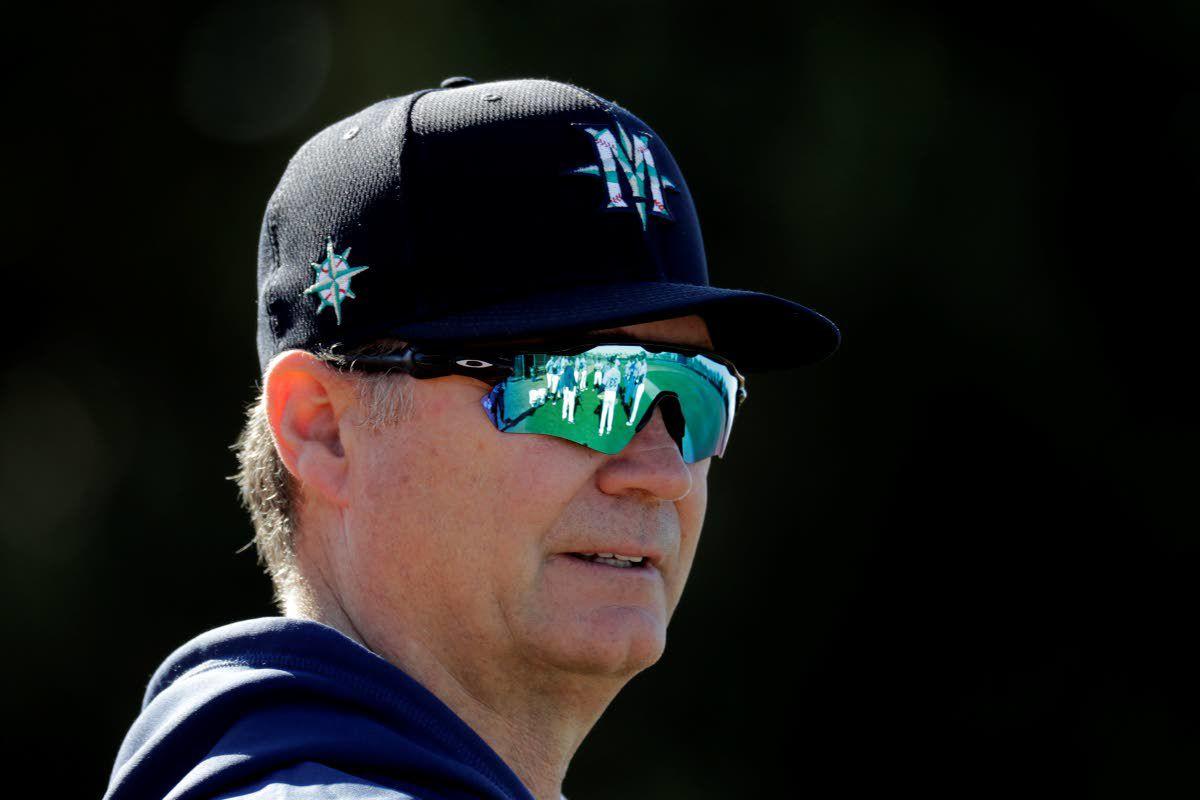 Associated PressMariners pitcher Justus Sheffield throws against the Orioles in the first inning of a game Sept. 21 in Baltimore.

Seattle Mariners relief pitcher Justus Sheffield walks off the field during a baseball game against the Texas Rangers, Friday, April 26, 2019, in Seattle. The Mariners won the game 5-4 in 11 innings. (AP Photo/Stephen Brashear)

PEORIA, Ariz. — The future of the Seattle Mariners’ starting rotation is now, with left-hander Justus Sheffield virtually assured of a spot and fellow rising prospect Justin Dunn a top contender to join the group.

Both got a taste of the big leagues last season when they made their Mariners debuts. This season they figure to be a major part of Seattle’s rebuilding process as it enters its second year following a 68-94 season.

“Every year’s a step forward, but mainly this year I’m looking forward to going out there and competing and changing this thing around,” said Sheffield, who was 0-1 in eight games, including seven starts, and posted a 5.50 ERA over 36 innings.

The club appears to have set expectations for Sheffield, which he appreciates. “As they should,” he said. “As anyone should. Everyone has a sense of responsibility of going out there and proving what they can do.”

Sheffield, 23, is in his second spring training with the Mariners. He’s learned from last season that baseball is a game of failure, he said, and that he has to get past the bad outings and move forward.

“I’m going to continue to fight. I’m never going to back down from any challenge, any obstacle that’s in my way,” Sheffield said. “I’d love to stay here. I love the organization and I love the direction that they’re going so I’m excited to be a part of this.”

The Mariners are largely a young team, but with 42 pitchers seeing major league action and a number of prospects called up as the team struggled last season, there’s a level of familiarity with each other in spring training. Many players have already been minor-league teammates and bonded over having been traded from other organizations, Dunn said.

Dunn, 24, and Sheffield were teammates at Double-A Arkansas last season, and Dunn was a September call-up for Seattle and pitched in four games.

Each outing was purposely shortened. He never pitched more than two innings in a start, but came away with the sense that he belongs at the major league level.

“I have the ability to have success here,” he said when asked about what he took from last season’s outings. “Second, is that it’s the same game. Once you slow the heart rate down and get back to playing baseball, the same game you were playing since you were young, it’s the same type of game.”

Dunn, who did not register a decision last season but overcame a rocky major-league debut to compile a 2.70 ERA, is aware of the competition to be in the rotation.

“Hopefully, at the end of the (spring) I’m getting on a flight to go to Seattle,” he said. “But all that’s out of my hands. I just have to go out there and be me and put myself in a good position.”

“Everybody wants to bolt them together but they really are different in where they’re at with their development plan,” Servais said. “Both of them have a chance to really impact our future. We’d love to see it happen as soon as possible, but understand there’s a timeline, you have to be patient.”

Servais is looking for consistency from his young starters in 2020.

“Is that going to be there every time out? We hope over time,” he said. “But being realistic, there’s probably going to be some really good outings, maybe some where they struggle.”

NOTES: The Mariners held their first full squad workout Tuesday with 70 players taking the field, the most since Servais took over as manager before the 2016 season. Only Dee Gordon wasn’t in camp as he awaits the birth of his child. … Servais accepted some players’ challenge to taste some Louisiana hot sauce Monday, and said he paid the price. “It didn’t go so well,” he said with a laugh.