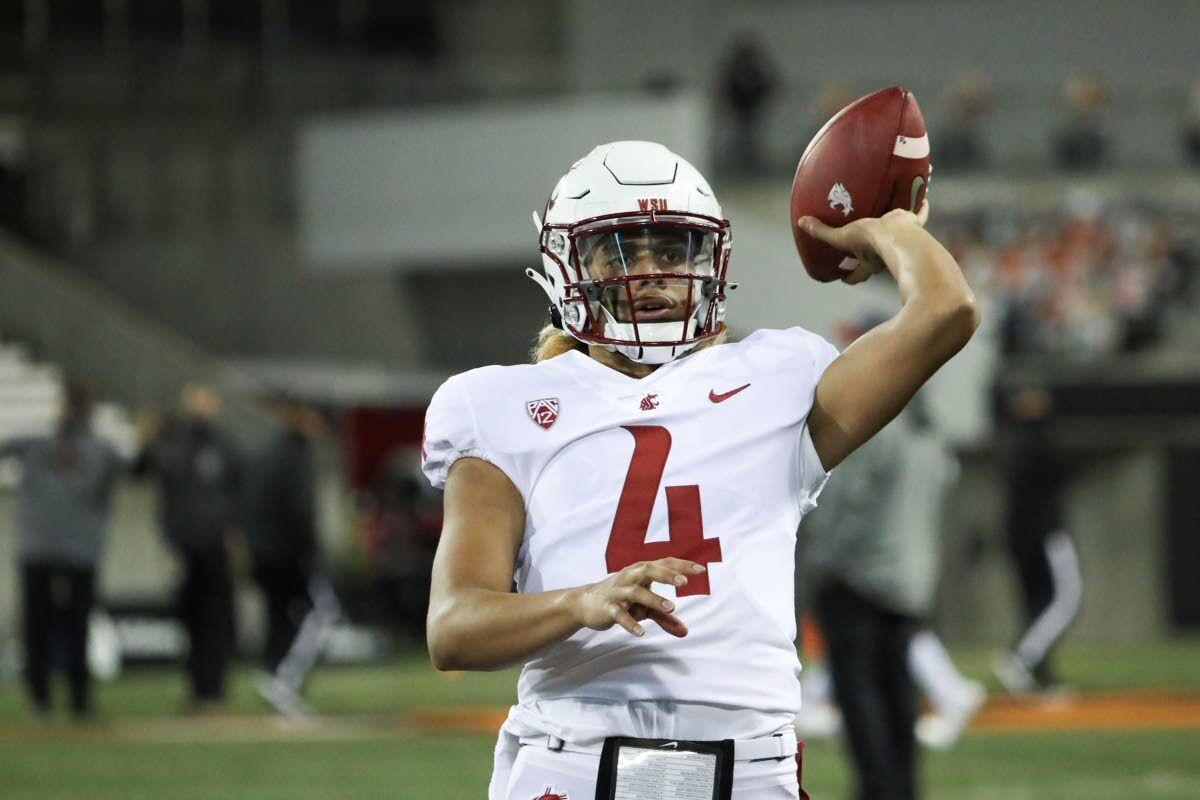 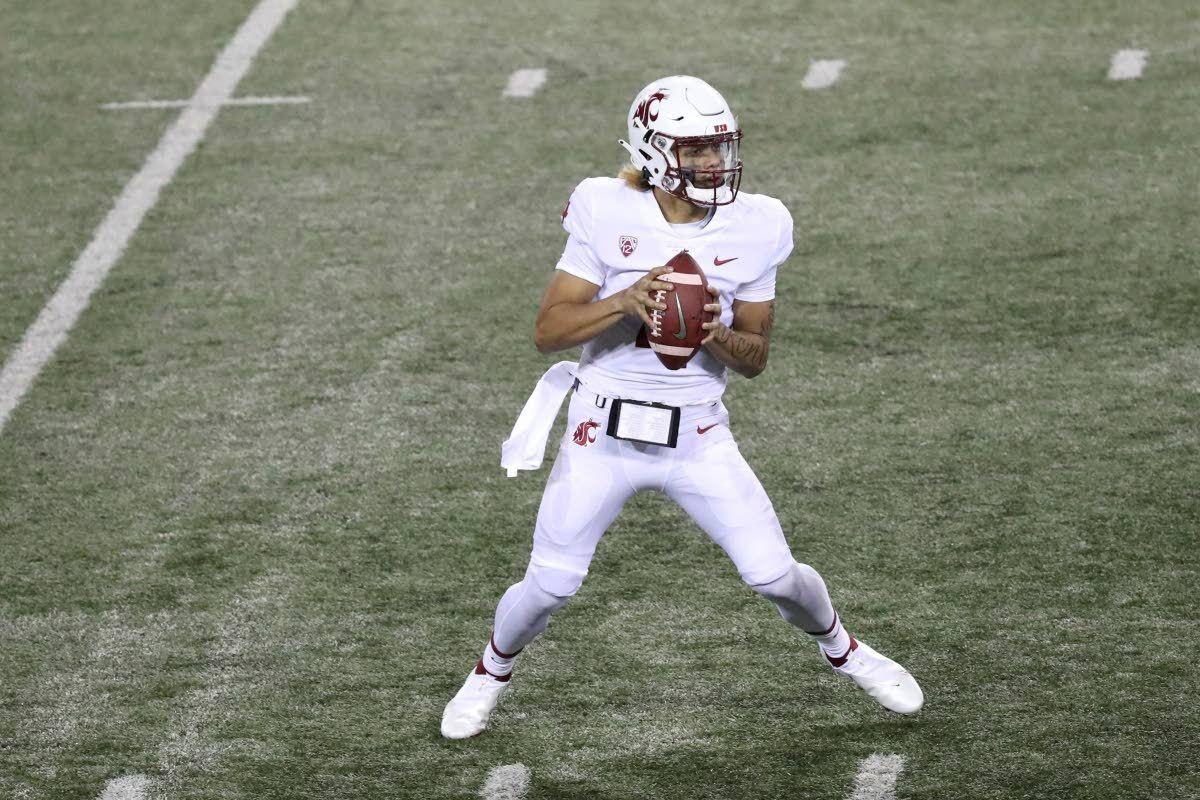 The Warriors lost the game anyway, but not before Cordeira had sparked a rally to tie the score.

Jayden de Laura, then a senior quarterback at St. Louis High in Honolulu, surely took note of that game. Cordeira is a former teammate of his at St. Louis.

So Rolovich, now coaching at Washington State, had a message to deliver last Saturday to de Laura, who was about to make his collegiate debut as starting QB for the Cougars.

“Whatever happens, you go out and play,” Rolovich said he told the freshman. “If you make a mistake, it’s not like I’m going to pull you.”

De Laura kept his mistakes to a minimum, played the whole game and led the Cougars to a surprising 38-28 win Saturday night at Oregon State.

On Monday, he was named Pac-12 Freshman of the Week.

“It’s come up a few times — we’ll play the best guy,” Rolovich said after the game. “But I don’t want him playing scared. I want him playing like he’s the gunslinger he is. I think that quick talk we had today was effective.”

The Cougars (1-0, 1-0) play their first home game of the season Saturday (4 p.m., Fox) against Oregon (1-0, 1-0), which is favored by 8½ points. Because of the coronavirus pandemic, no spectators will be allowed in Martin Stadium.

De Laura passed for 227 yards and two touchdowns against Oregon State and also rushed for 43 yards and a TD. Pro Football Focus gave him the fourth-best quarterback grade in the country for the week.

He was sacked only once, and Rolovich took the blame for that. On second-and-goal from the 6-yard line early in the fourth quarter, two blitzing Beavers caught de Laura in a vise, and the Cougars wound up settling for a field goal that nudged their lead to 31-14.

“That’s a bad call — I tried to create a little bit,” Rolovich said. “It’s too much to put on any quarterback most likely, especially a true freshman in his first game. That’s on me.”

“We didn’t want to hang onto the ball real long,” he said. “Not that we didn’t have confidence in our O-line, but we wanted to get Jayden comfortable.

“I think the O-line is incredibly talented,” he added. “I think they (the Beavers) did some things early on that maybe were unexpected, and they (his linemen) were able to midstream-adjust. I think there was excellent communication.”

The offensive linemen also made a smooth transition from Mike Leach’s Air Raid offense to Rolovich’s run-and-shoot, which places more emphasis on run-pass ratio. The Cougars rushed for 229 yards, including 147 by Deon McIntosh.

“There was some real physicality, some downhill runs, some RPO stuff,” said Rolovich, continuing his praise of the linemen. “At least offensively, and probably throughout this team, they’re in my opinion the tip of the spear that’s leading us.”

De Laura is the first Cougar freshman to earn a Pac-12 weekly award since Travell Harris was tabbed Special Teams Player of the Week two years ago.

A WSU spokesman acknowledged during a Zoom news conference Monday that one Cougar football player tested positive for the coronavirus and will get out of quarantine today.

There was still no explanation for the 31 other players who Rolovich said Saturday missed the Oregon State game. Asked if contact tracing had been involved in regard to any of those players, the coach declined comment.

The school spokesman again repeated athletic director Pat Chun’s statement Saturday that the football and basketball teams (the only teams planning to compete in 2020) had drawn only five positive results from about 4,400 tests administered since Sept. 29.