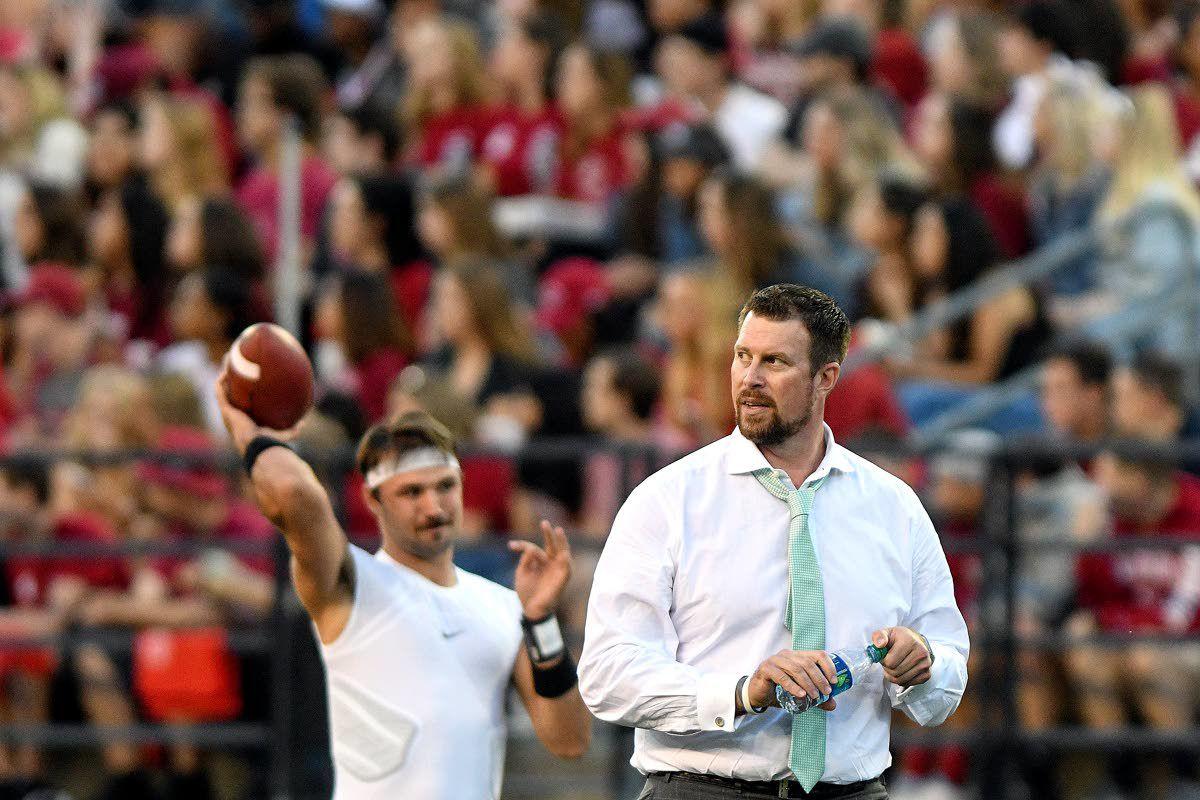 Former Washington State quarterback Ryan Leaf walks across the field after talking with then WSU quarterback Gardner Minshew II prior to the start of the Cougars’ home opener against San Jose State on Sept. 9, 2018, at Martin Stadium in Pullman. Leaf was doing commentary for the Pac-12 Conference television network. He was arrested and charged with domestic battery Friday, according to TMZ Sports. 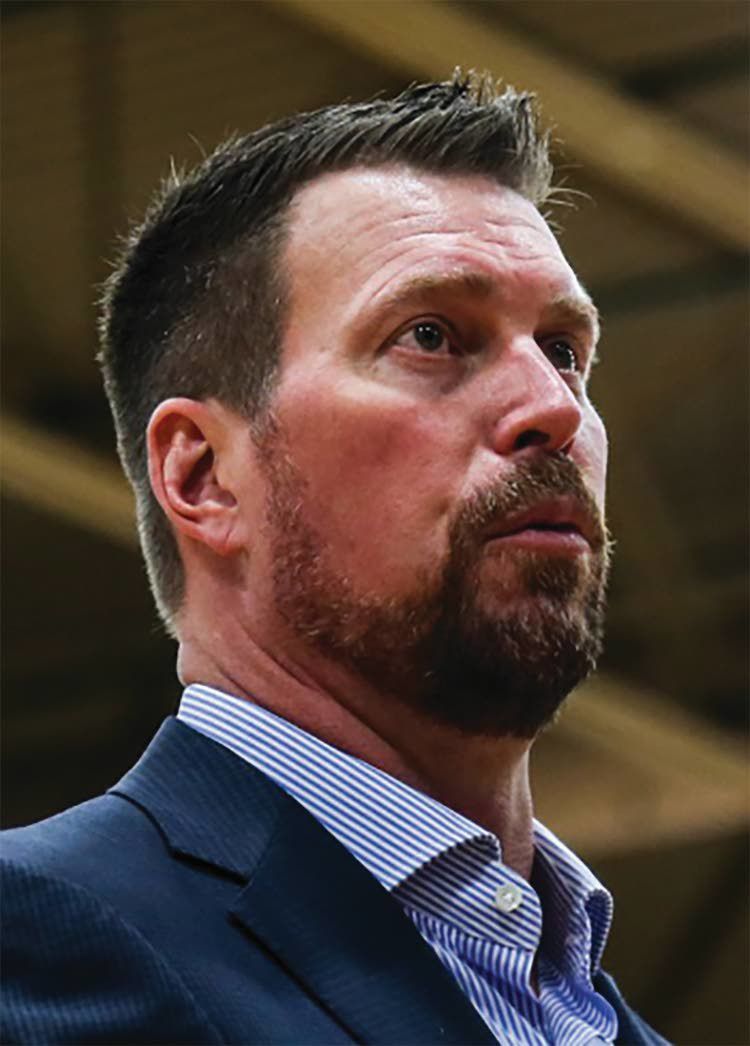 Leaf, who became an ESPN commentator last year, was arrested at about 2 p.m. at Palm Springs, Calif., according to the tabloid news website. He was taken to Larry D. Smith Correctional Facility at Banning, Calif., in Riverside County, and bail was set for $5,000.

It’s unclear what led to the arrest or who else was involved.

The arrest, which occurred a week after Leaf’s 44th birthday, marked his first known legal troubles in more than five years, after a half-decade period that saw him bounce in and out of prison as he struggled with an addiction to painkillers.

He pleaded guilty to burglary and drug possession in 2012, and two years later was handed a five-year prison sentence for breaking into a home in Montana to steal prescription drugs. In all, he spent 32 months in prison.

In recent years, he has become a public speaker on addiction recovery and other topics, and has been an ambassador for Transcend Recovery Community and retired NFL players. He also has strengthened bonds with WSU and its football program.

Originally from Great Falls, Mont., the 6-foot-6 quarterback led the 1997 Cougars to the school’s first Rose Bowl appearance in 67 years, parlaying a strong arm and cocksure leadership into a 3,968-yard passing season and third-place finish in the Heisman Trophy voting.

He relinquished his senior year at WSU and was selected by the San Diego Chargers as the No. 2 pick in the 1998 NFL draft, right after the Indianapolis Colts had taken Peyton Manning with the top choice. But Leaf floundered on the pro level and got labeled one of the biggest draft busts in league history. He played mainly for the Chargers and the Dallas Cowboys and also had stints with the Tampa Bay Buccaneers and the Seattle Seahawks, retiring in 2002.

ESPN hired Leaf as an analyst in July 2019 after he’d broken into broadcasting with the Pac-12 Network.

Leaf is scheduled to appear in court Wednesday, according to USA Today.